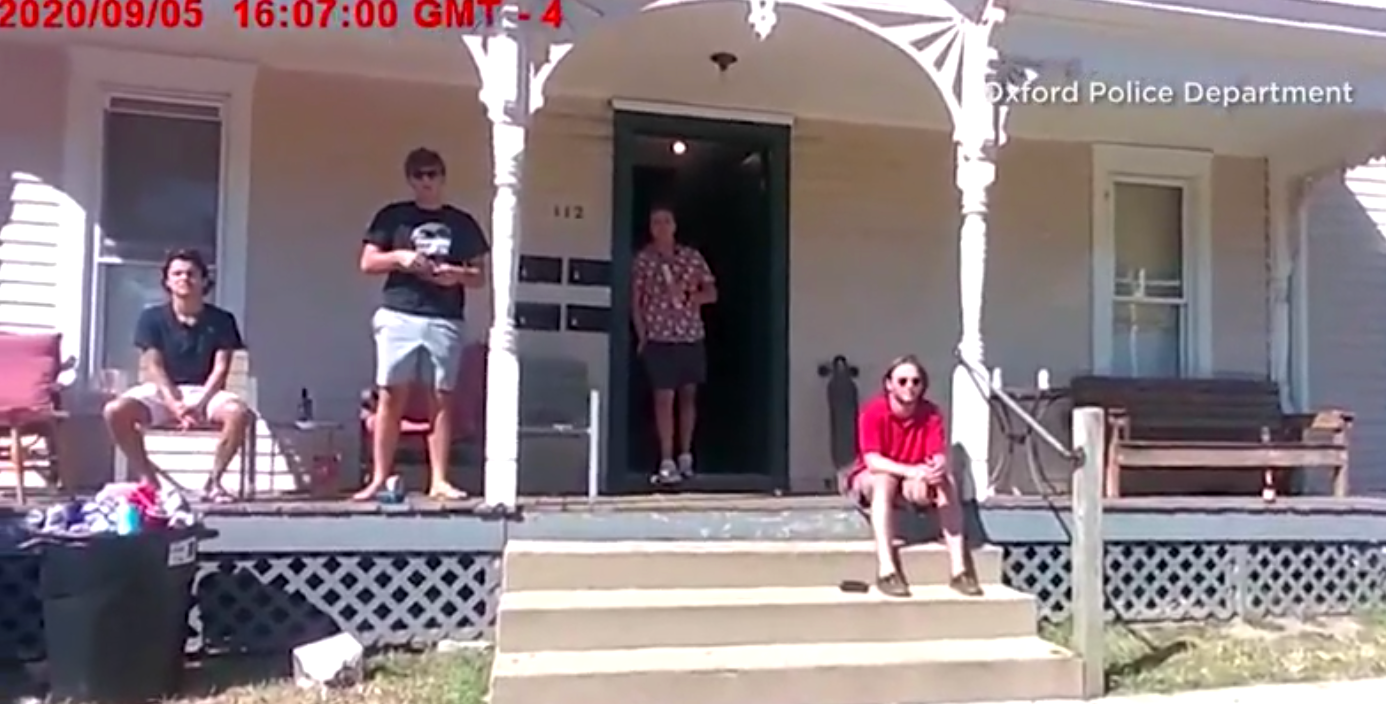 Police in Oxford, Ohio, cited six men who hosted or attended a Miami University party with COVID-19 when they were supposed to be in quarantine, according to Cleveland 19 News.

After letting the group â€” students at Miami University, according to Cleveland 19 â€” know they were in violation of a public safety ordinance that prohibits gatherings of more than 10 people, he asked for the ID of a man who was leaving.

He took the ID to his cruiser and learned that he had tested positive for COVID-19, the footage shows.

“I’ve never seen this before. There’s an input on the computer that you tested positive for COVID,” he tells the student, who he called Zach.

The student said “yes,” and that he was “at my house” quarantining.

“You have other people here and you’re positive for COVID?” the officer asked.

The student tells the officer that everyone at the party has COVID, as do the students who live across the street.

About 20 people attended, another student told the officer.

“This is what we’re trying to prevent,” the officer says. “We want to keep this town open.”

“I know, that’s why I was staying home,” the student responded.

A spokeswoman for Miami University declined tell Insider whether the students at the party were disciplined, citing privacy laws, but but said that any student who violates a quarantine or isolation order or hosts a large gathering that violates the City of Oxford mass gathering ordinance will be punished.

“We take these matters most seriously, and students can face suspension or dismissal for these types of violations,” the email from spokeswoman Carole Johnson said.

Five of the six people cited over Labour Day weekend lived in the home where the party was hosted, Cleveland 19 News reported. The fine for violating the ordinance is $US500, the officer said in the footage.

There are at least 1,037 active virus cases at the college, which about 20,000 people attend, according to the outlet.

Despite that, the university announced this week that it will resume in-person and hybrid classes on September 21,

“This decision was made after many lengthy discussions and consultation with public health experts,” Miami University President Gregory Crawford said in the statement. “The health and safety of our students, faculty, and staff, as well as the Oxford community, is our top priority.”