17 of the most memorable 'Grey's Anatomy' couples, ranked 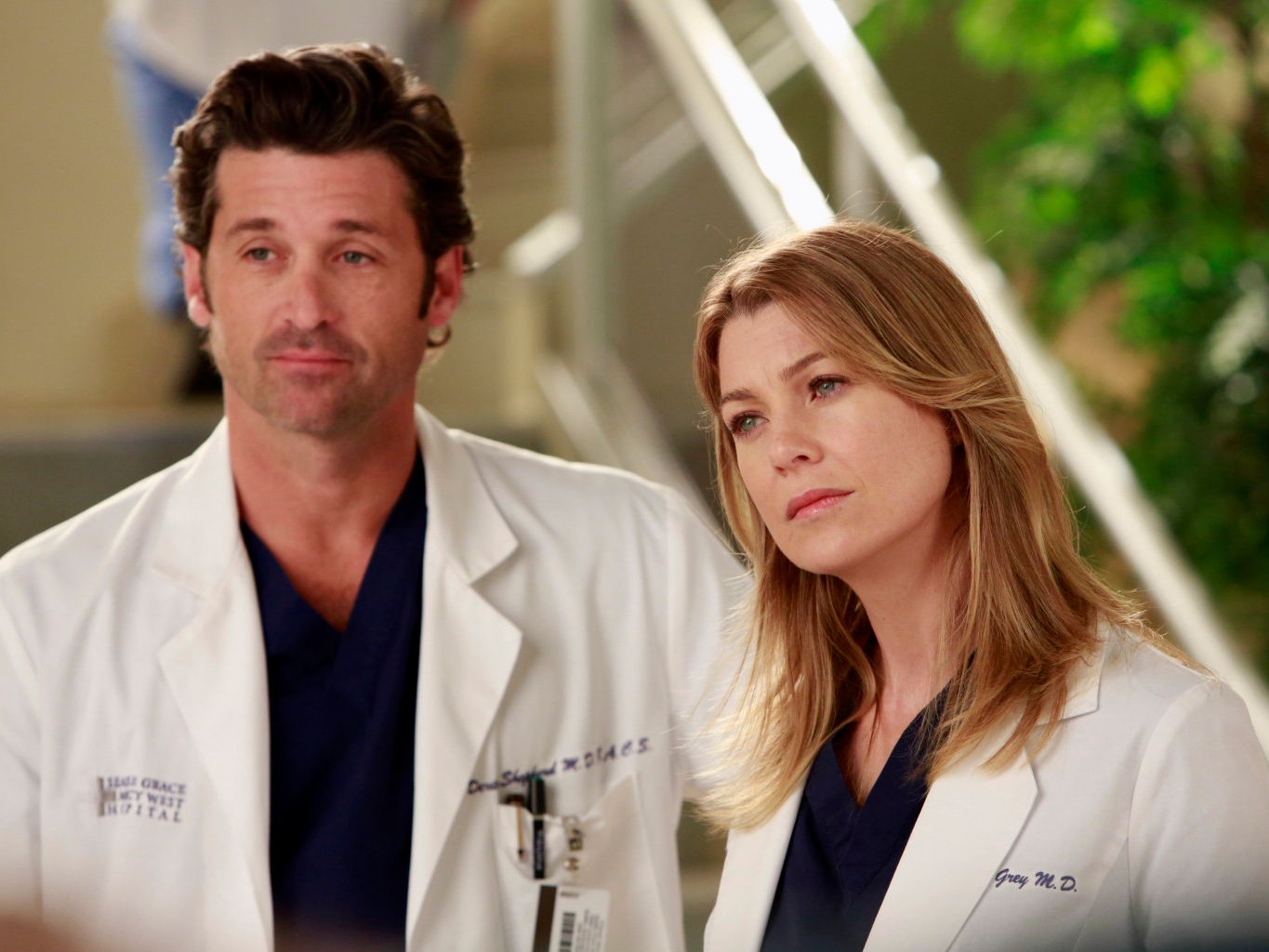 Over the last 16 seasons of “Grey’s Anatomy,” fans have seen a lot of couples begin and end â€” many of the relationships had fans swooning while others were frustrating to watch.

It’s impossible to keep track of all of the relationships that have happened in the nearly two decades since the show premiered, but there have definitely been many that have impacted the show and its characters more than others â€” and not always in a good way.

Read on for some of the most major “Grey’s Anatomy” couples, ranked from worst to best.

George and Callie’s relationship never should have happened. 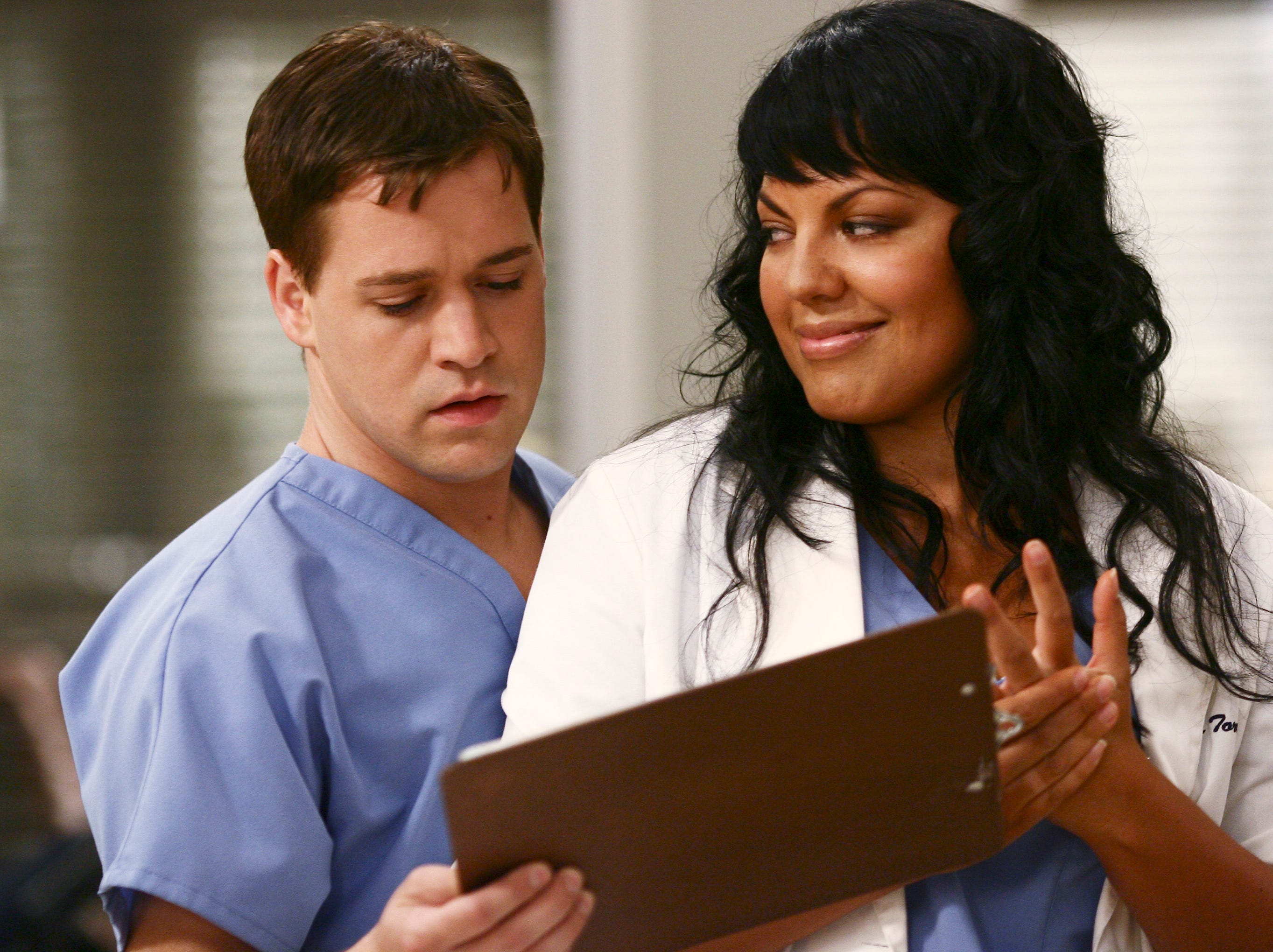 At first, when Callie and George started dating, their relationship was kind of cute. But, when George’s dad suddenly passed away, he and Callie began moving way too fast.

It didn’t take long after they tied the knot in Vegas for George to start cheating with Izzie. And not long after that, the relationship ended.

Addison and Derek were always meant to split up. 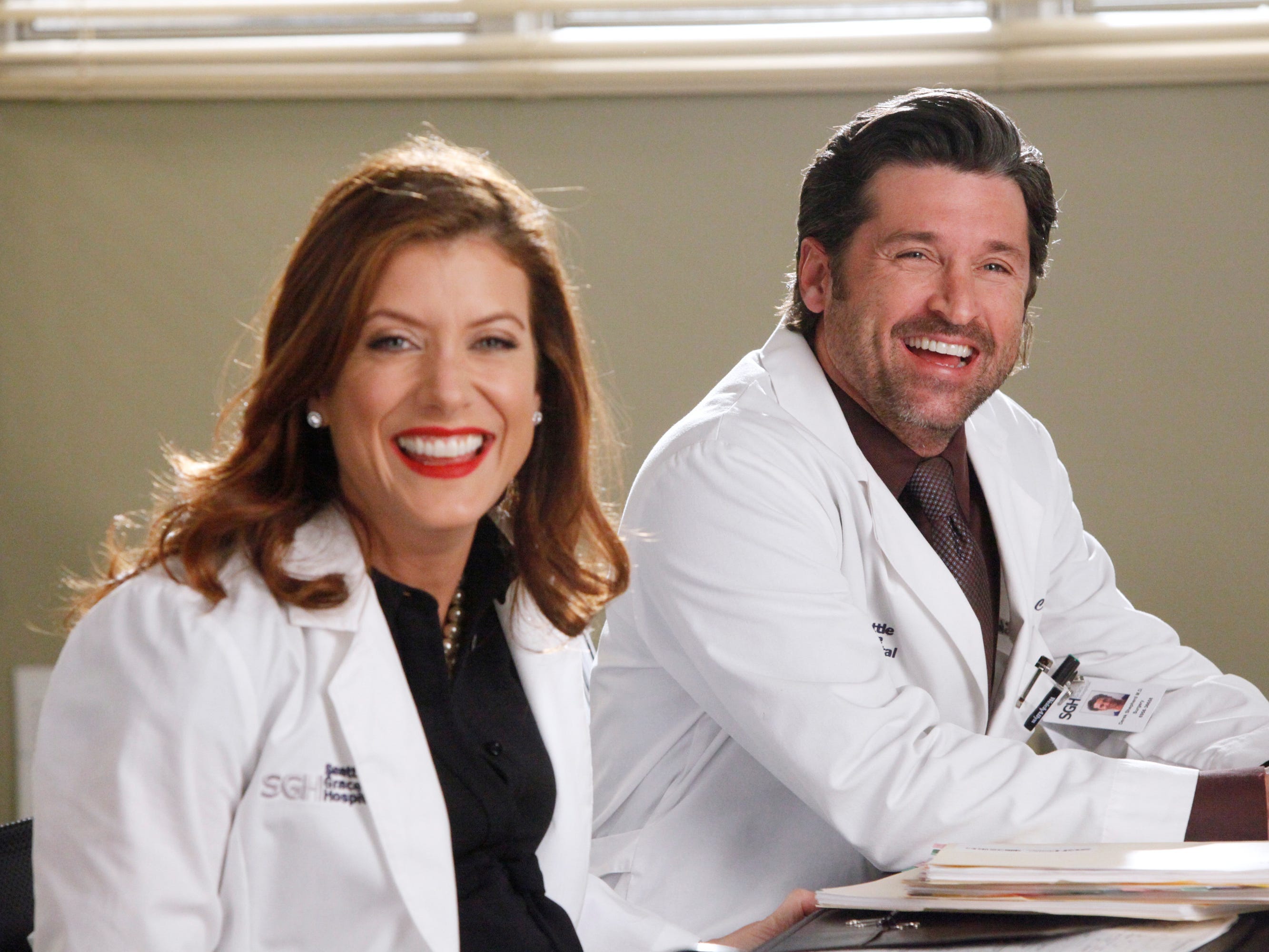 When Addison cheated on Derek with Mark Sloan, Derek and Addison’s marriage crumbled. But judging by the aftermath, it seemed like they were never going to stay happy together, even in the best of circumstances.

Both of them seemed much better off once they finally decided to call it quits and stop trying to put their marriage back together.

George and Izzie had no romantic chemistry. 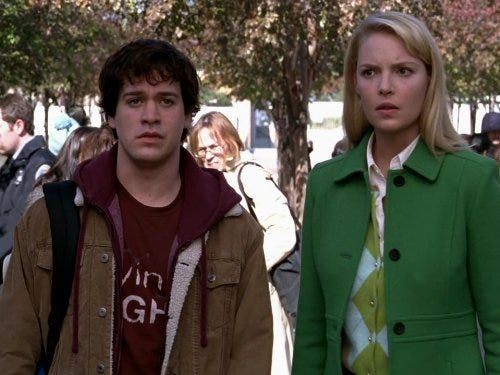 In theory, the idea of George and Izzie getting together was kind of adorable.

But in practice, it backfired. They had no romantic chemistry together, and the fact that their relationship was a result of George’s cheating on Callie wasn’t great.

Fortunately, they stayed friends when it was all over.

Jackson and Maggie were stepsiblings and lovers. 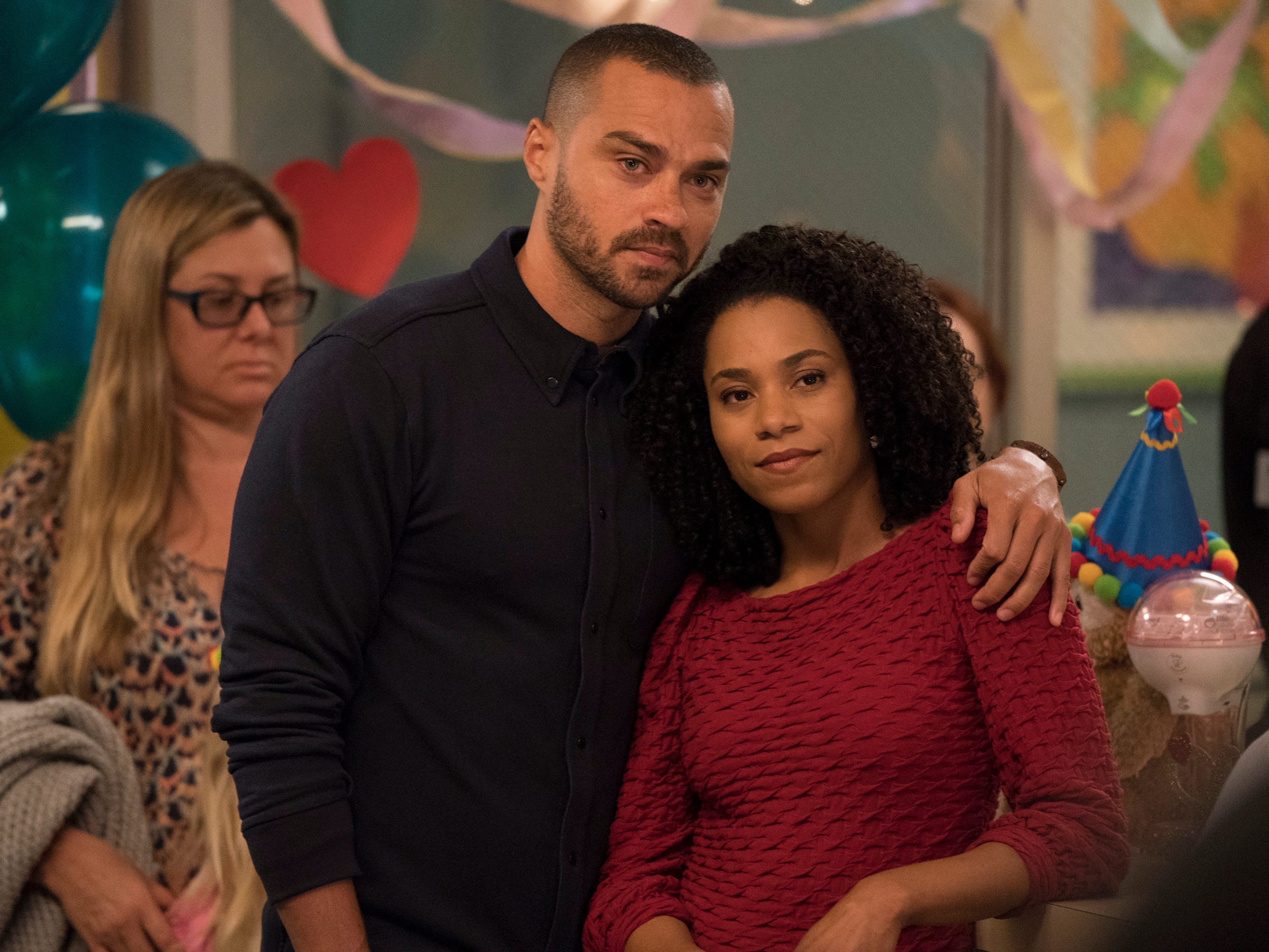 Even though Jackson and Maggie mostly got along just fine, they never had much romantic chemistry.

Throughout their relationship, it was also hard to get past the fact that they were technically stepsiblings because Jackson’s mum, Catherine, and Maggie’s biological father, Richard, wed.

Ultimately, they weren’t a great match and their relationship didn’t end well.

Meredith and Riggs were doomed from the start. 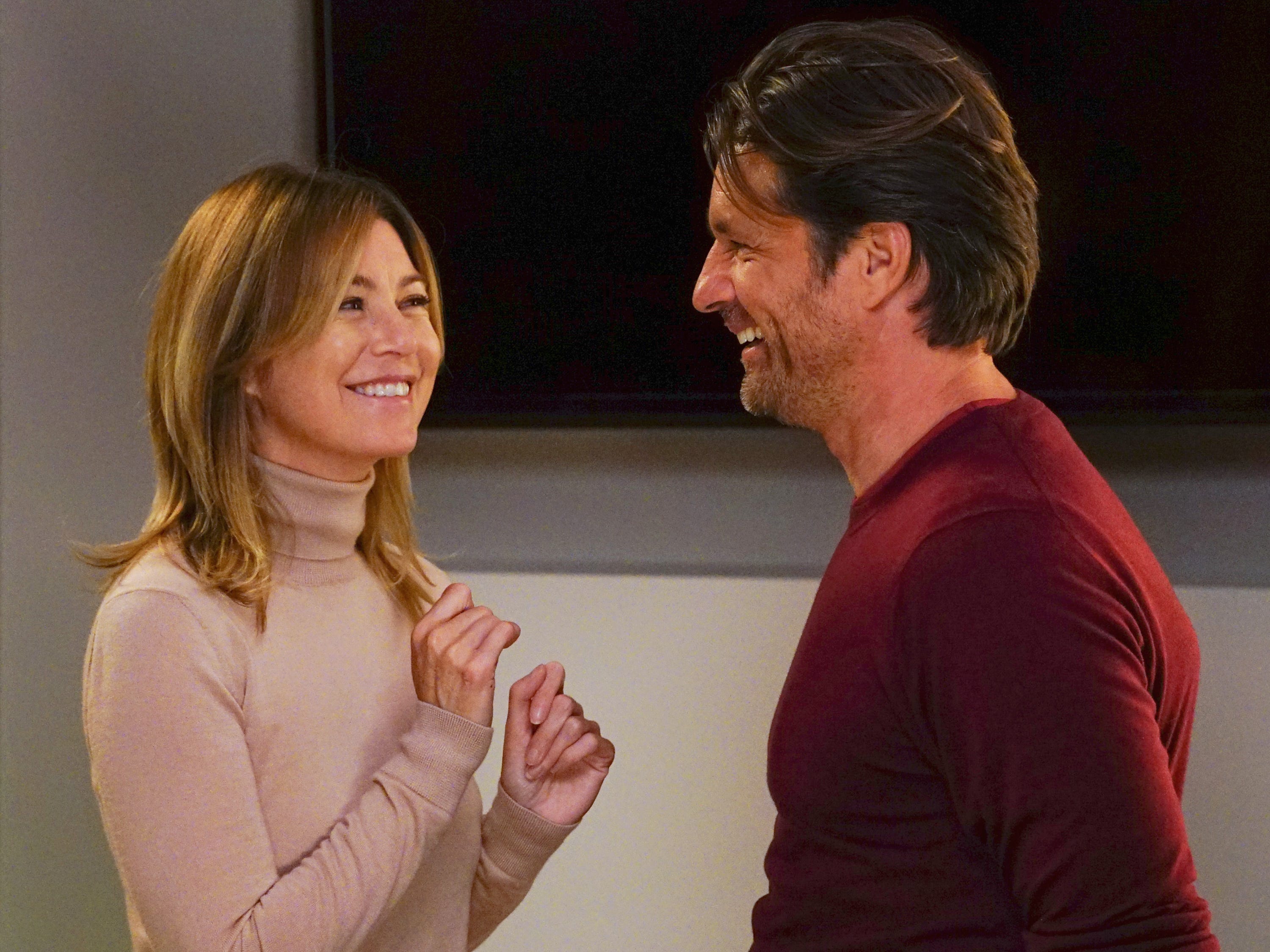 Riggs was a big deal in Meredith’s relationship history because he was the first person she seriously dated after Derek’s death.

Unfortunately, things just weren’t meant to be, and he couldn’t stay with Meredith after he found out that his long-lost lover, Owen’s sister Megan, was still alive.

Cristina and Owen were never on the same page. 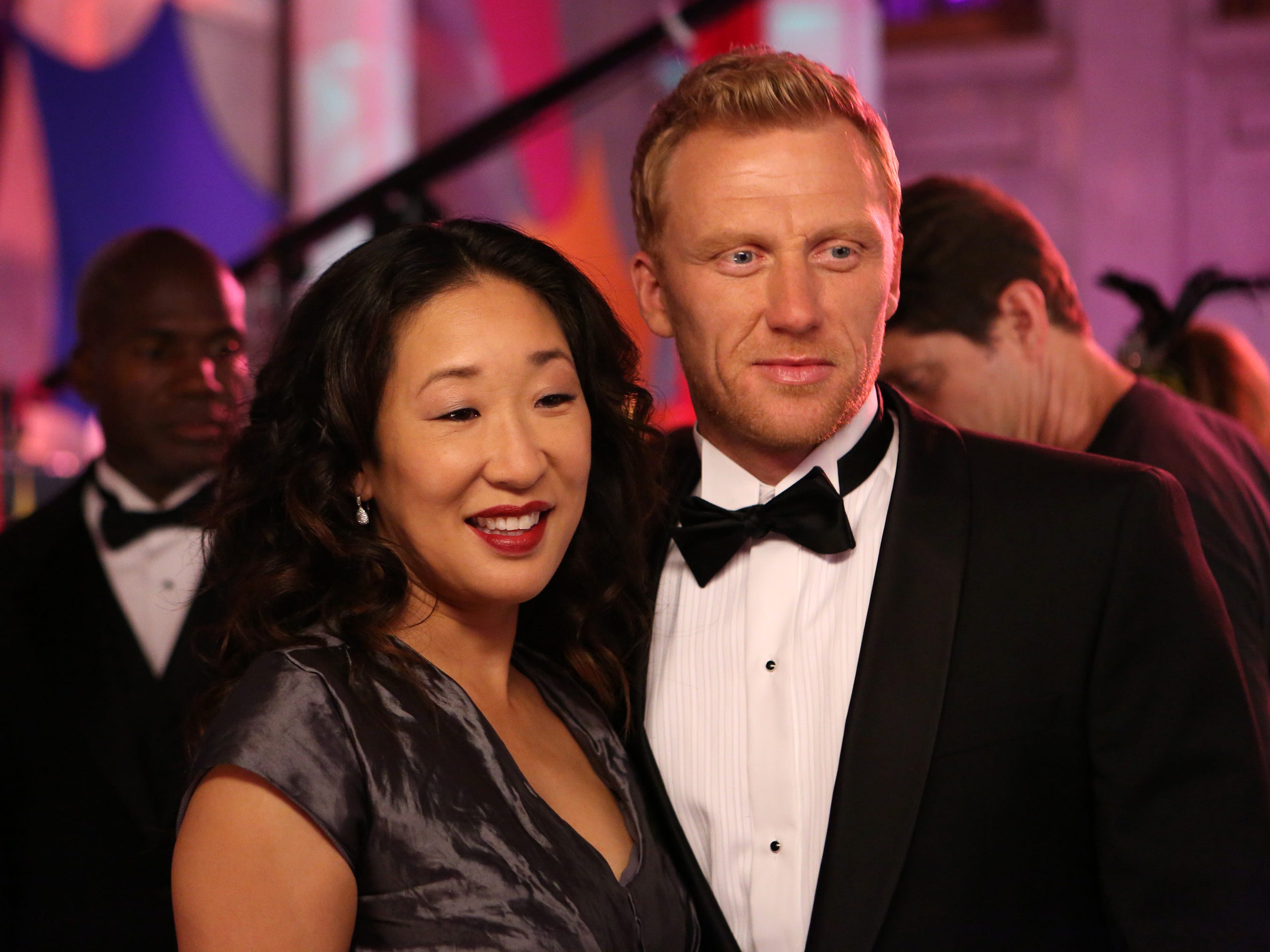 Cristina and Owen never lacked chemistry – for a long time, they were one of the core couples of the series. But the bottom line is that they were never really compatible.

Cristina was always a hardcore, independent surgeon who didn’t want children, and Owen somehow hoped she’d change her mind about becoming a mother.

She never did and he didn’t change his mind about wanting children, either. Their love just wasn’t enough to overcome their incredibly different future plans.

Izzie and Denny were perfect, but they didn’t exist outside of the hospital. 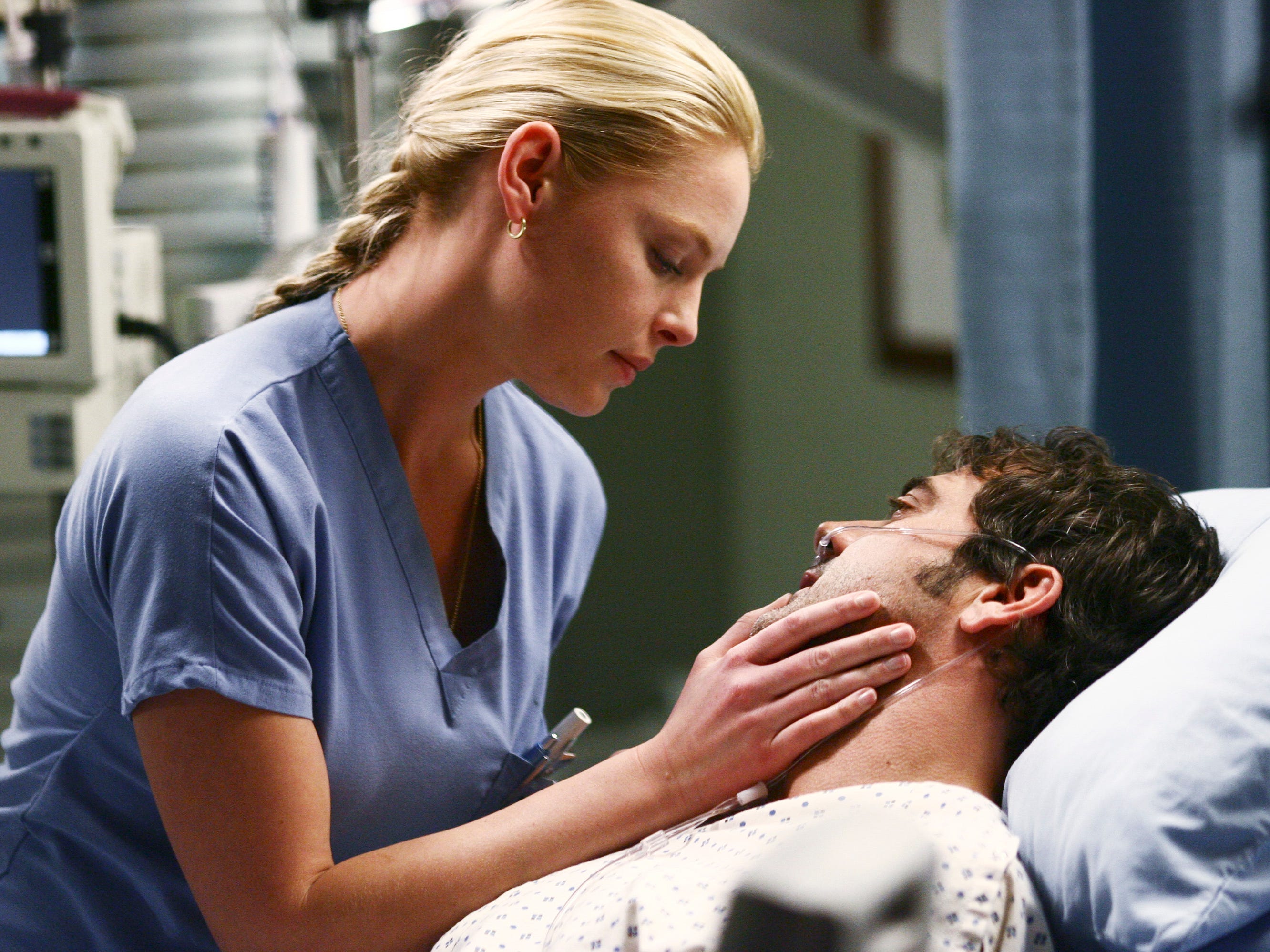 Since their relationship never had the chance to exist in the real world, it remained flawless and beautiful inside the walls of the hospital.

Izzie was willing to risk her job for Denny’s life, and Denny left his entire fortune to Izzie when he died. But fans will never know if their relationship would have been healthy or stable outside of the hospital.

Amelia and Owen were way too spontaneous. 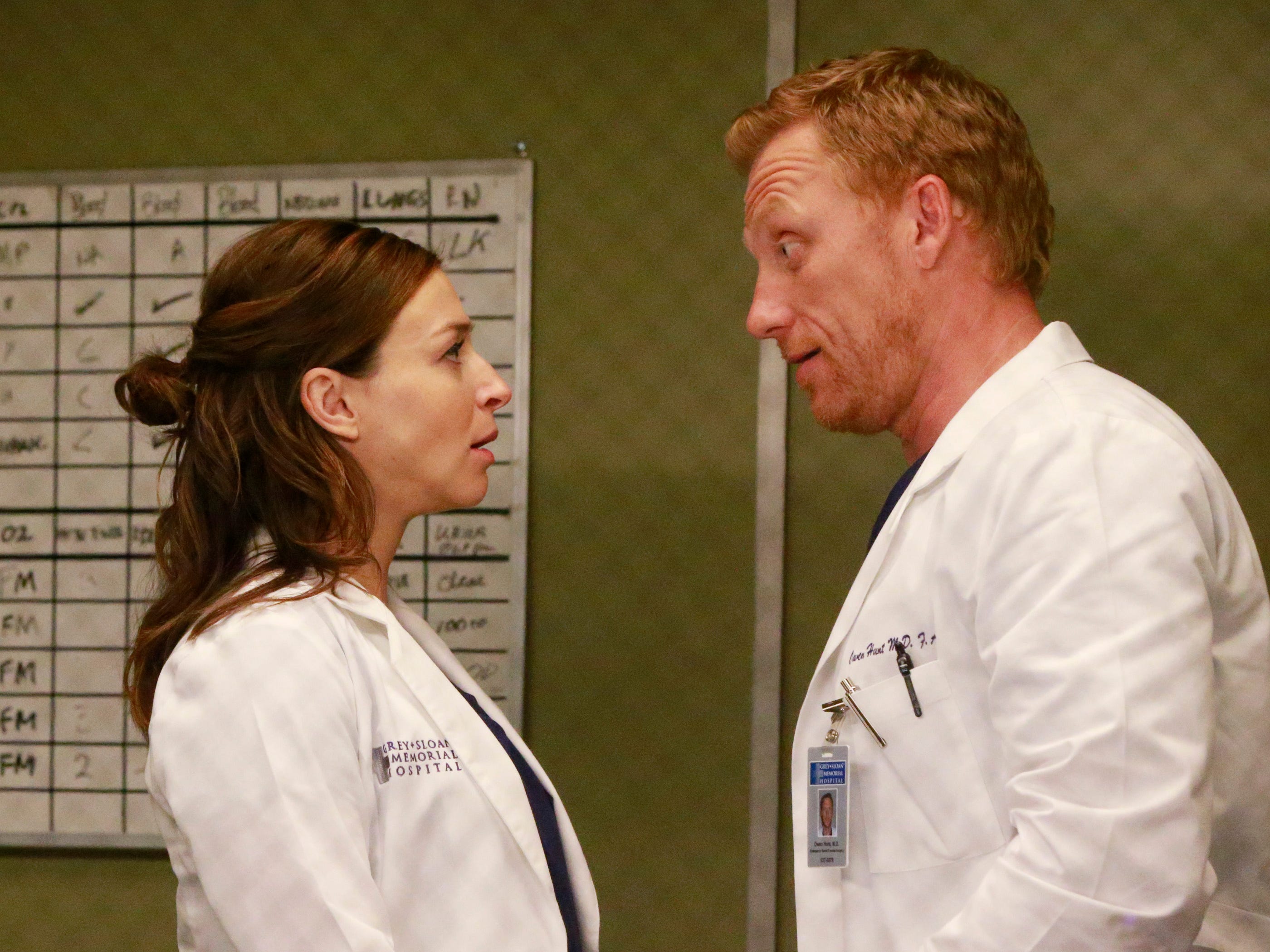 Their relationship was such a whirlwind. Plus Amelia might not have married Owen in the first place if she hadn’t had a brain tumour which was later linked to her lack of impulse control.

When they were married, they definitely had their issues. And although they started a foster family and had their moments, the pair ultimately had communication issues and ended up not being a perfect pair.

Alex and Izzie seemed meant to be — until she left. 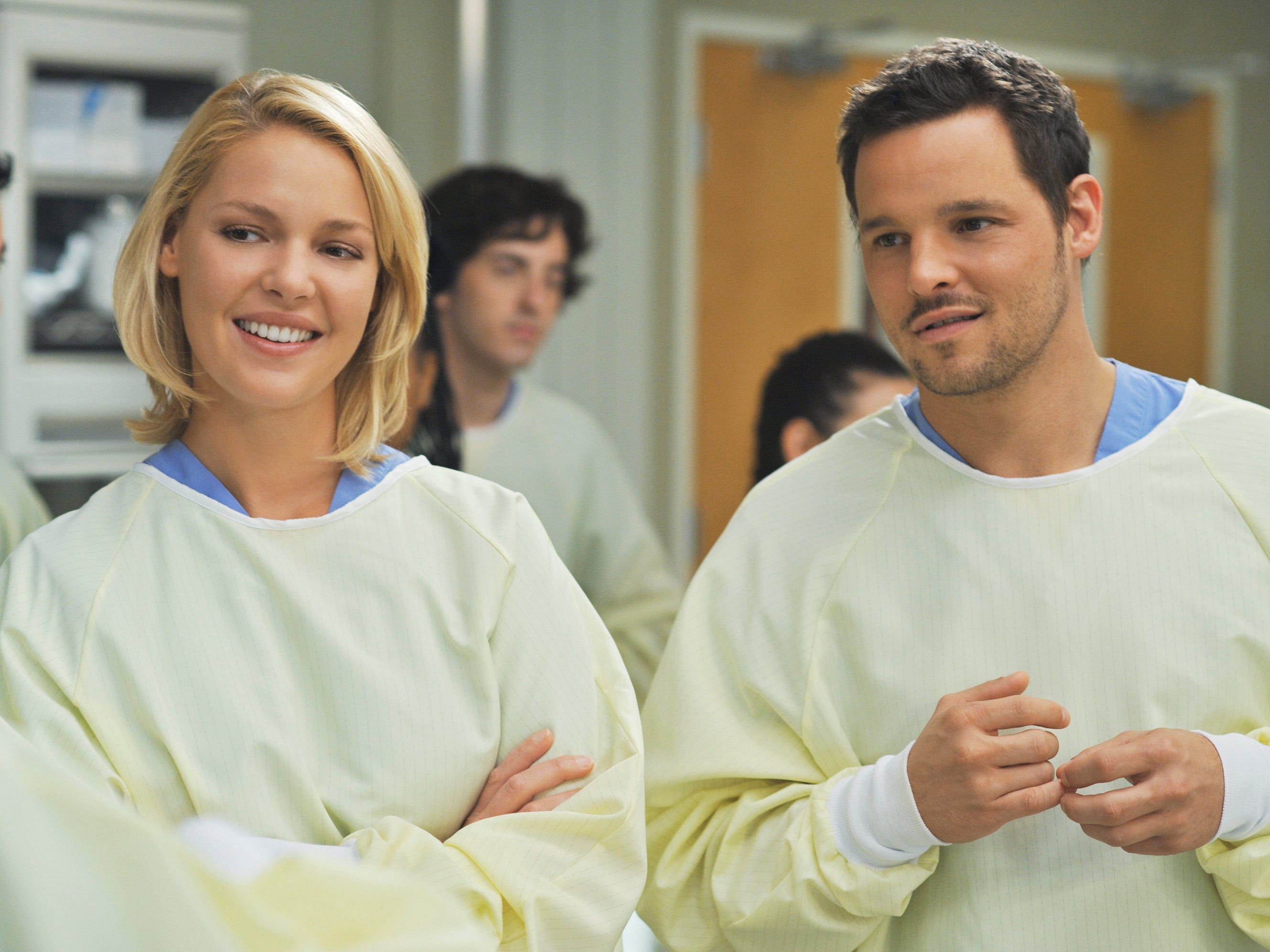 It took them quite some time to get together, but once they did, their relationship was incredible. Alex stood by Izzie’s side as she battled cancer, and they had a beautiful wedding. It’s enough to melt anyone’s heart. But then, Izzie suddenly left, and Alex was stuck with her medical bills.

Perhaps if the actress who played Izzie, Katherine Heigl, hadn’t decided to exit the show, the romance wouldn’t have ended quite so abruptly.

And if Justin Chambers, the actor who played Karev, hadn’t exited the show years later during season 16, he may not have hastily been written off as leaving Seattle to go be with Izzie, who had apparently had twins using his sperm.

Callie and Arizona were great together for a while. 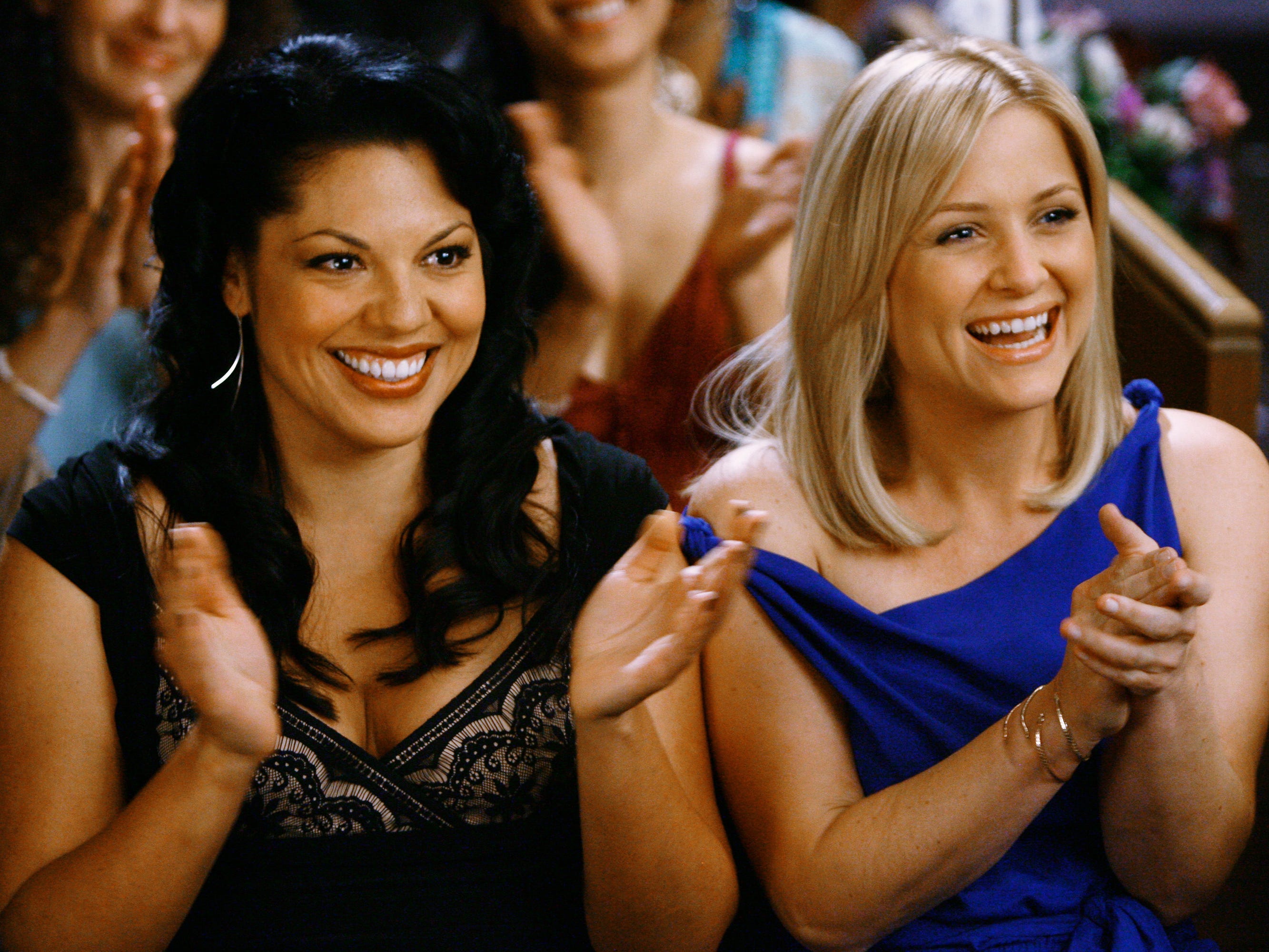 Callie and Arizona couldn’t have been more perfect for each other. They loved and supported each other and even raised a daughter together.

It all seemed meant to be, but their downward spiral began when Arizona lost her leg in the plane crash. She struggled to forgive Callie for making the intense medical decision that led to her losing her leg. Plus Arizona later cheated on Callie.

Ultimately, they ended up getting divorced. But, the two seem to be co-parenting well – and Arizona even moved to New York to be closer to Callie so they can raise their daughter together.

Henry and Teddy could have had an amazing life together. 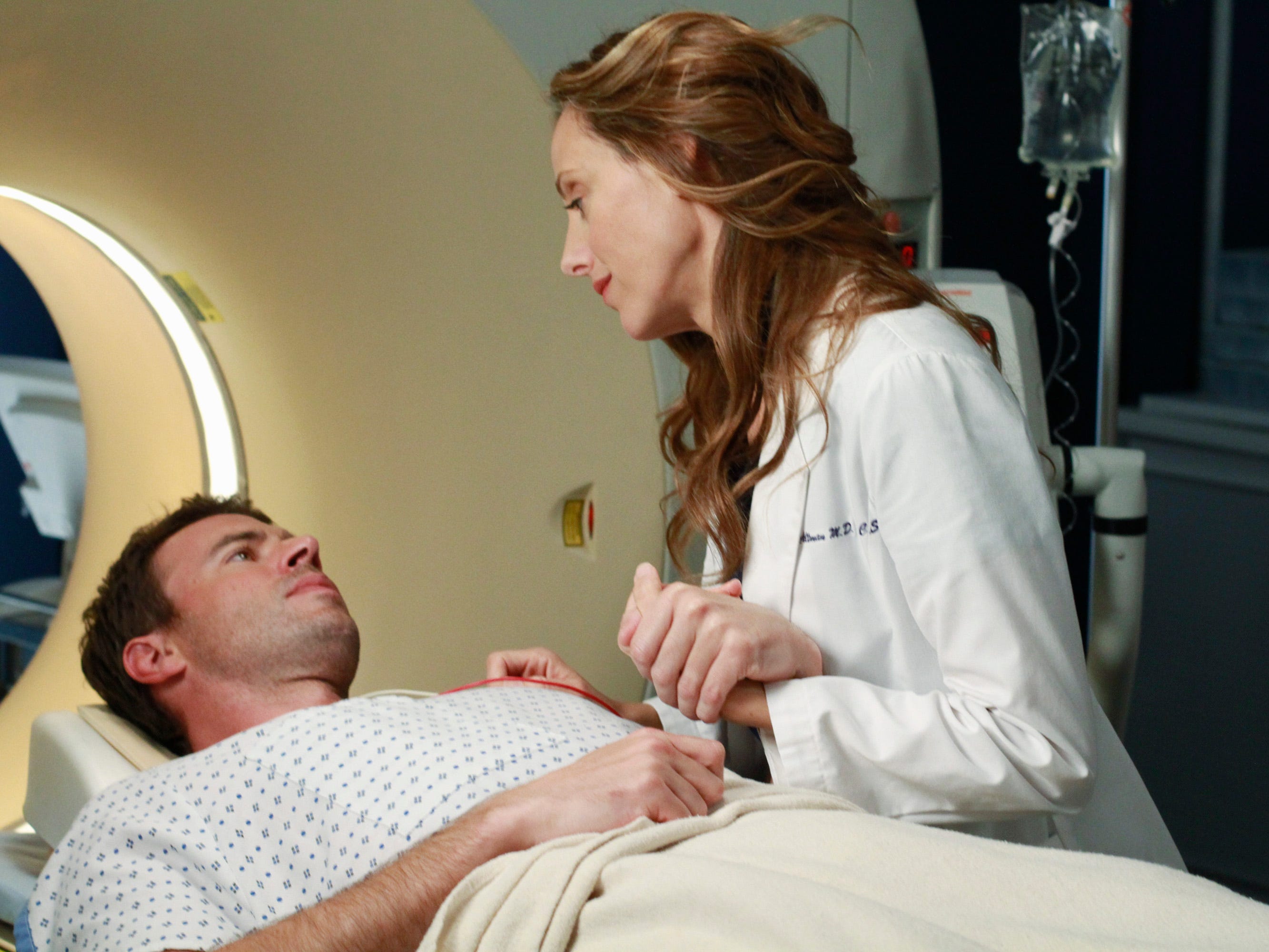 Teddy and Henry started their relationship in an unconventional way – getting married so Henry could have her insurance and receive treatment.

They ended up falling in love and having the most beautiful relationship until it all tragically ended with his death.

Matthew and April ended up together eventually. 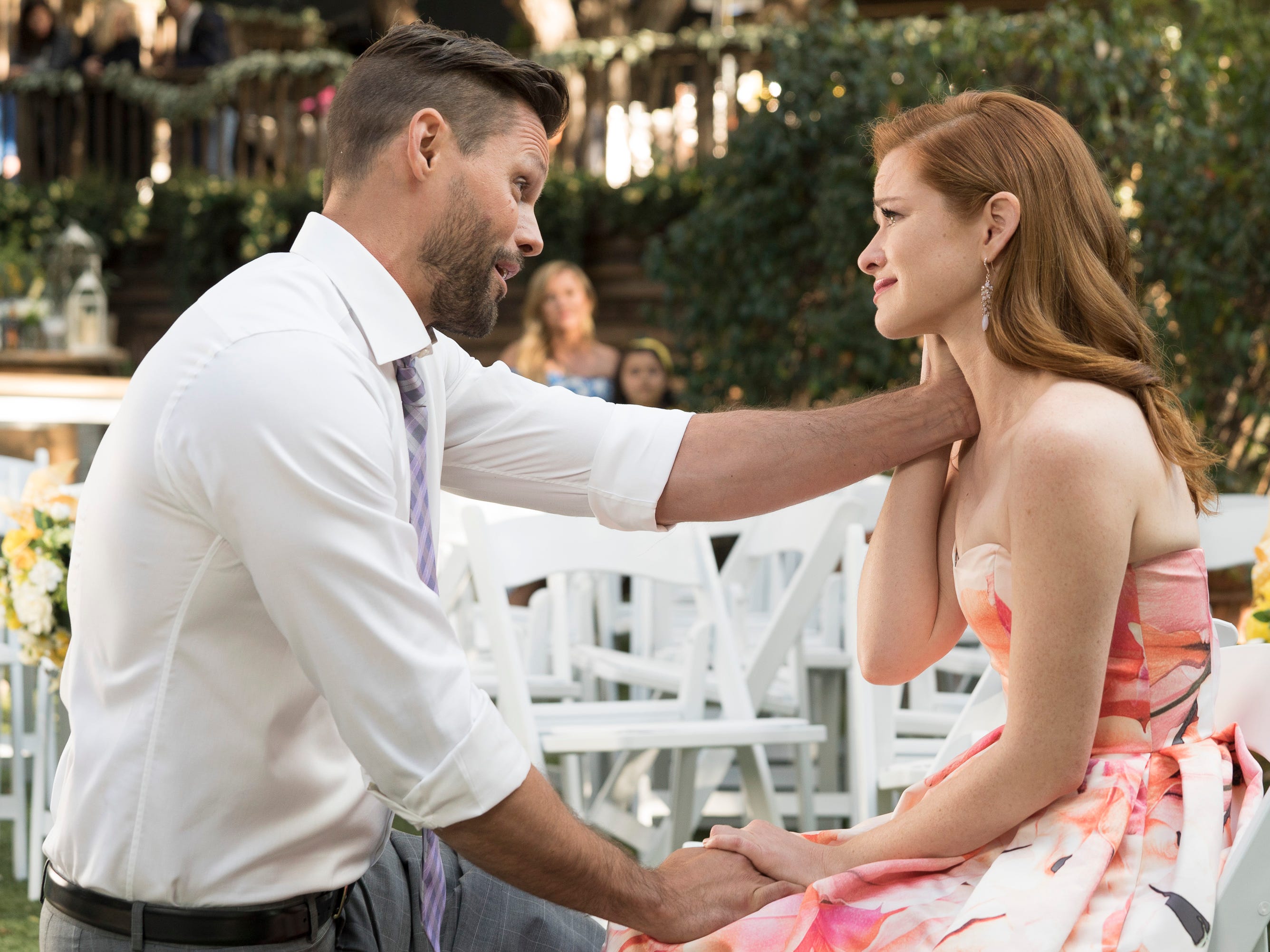 Everything about April and Matthew seemed too good to be true, from the flash-mob proposal to the fact that they were so alike.

But even though she left him at the altar during their first wedding, she later came back to him, and they ended season 14 as a married couple.

Miranda and Ben are a pretty healthy example of marriage. 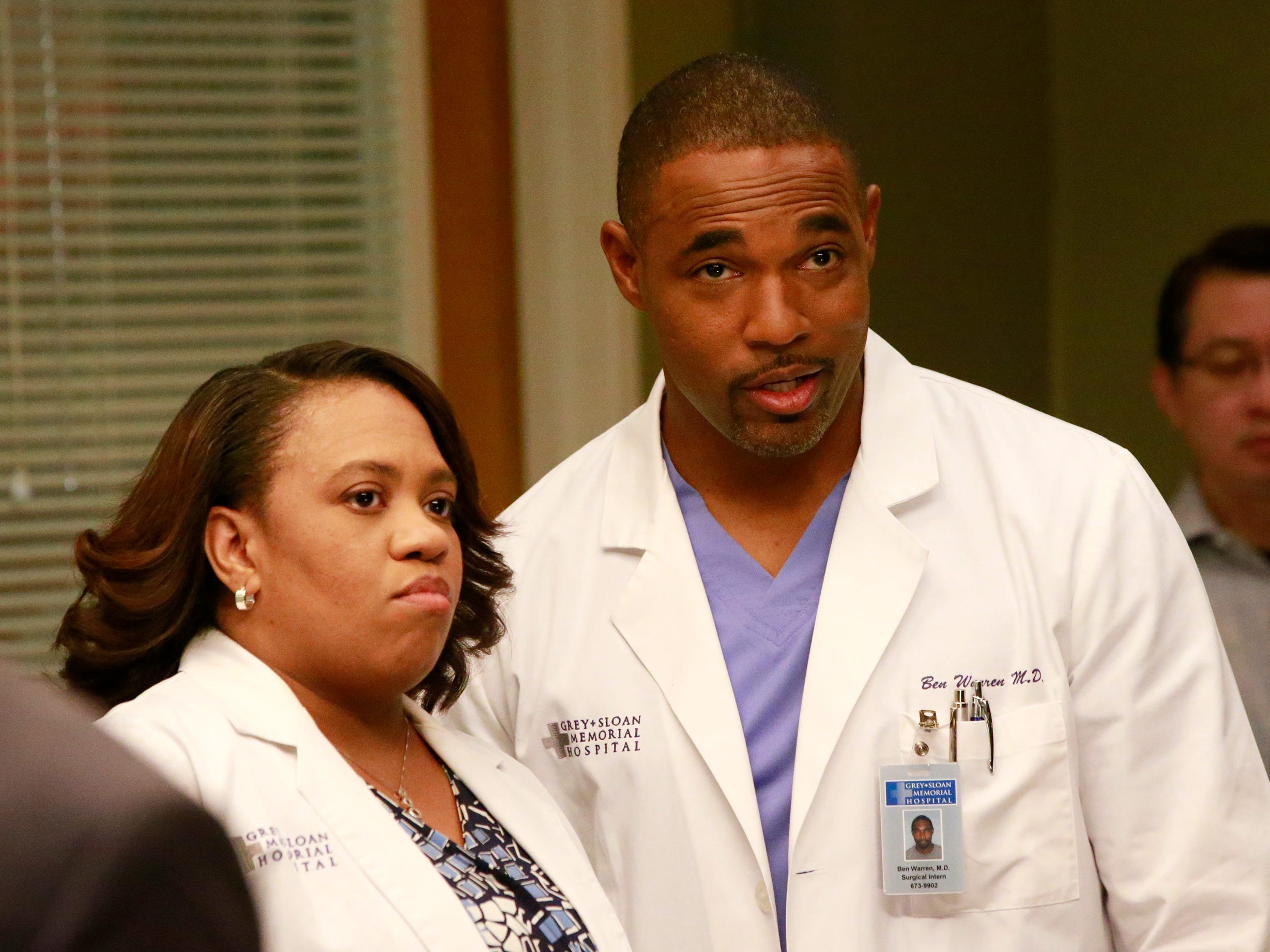 Miranda and Ben have been an awesome couple from the start. They respect each other, support each other’s dreams, and they make it work.

Ben came into Miranda’s life and immediately became a father figure to her son, Tuck. They even lasted through long-distance when Ben was an intern in California – but he later came back because he missed her too much.

They have definitely had their arguments (and big ones, too) but they always manage to talk things out. And they have always supported one another through career changes, miscarriages, medical problems, and more.

April and Jackson had so much potential. 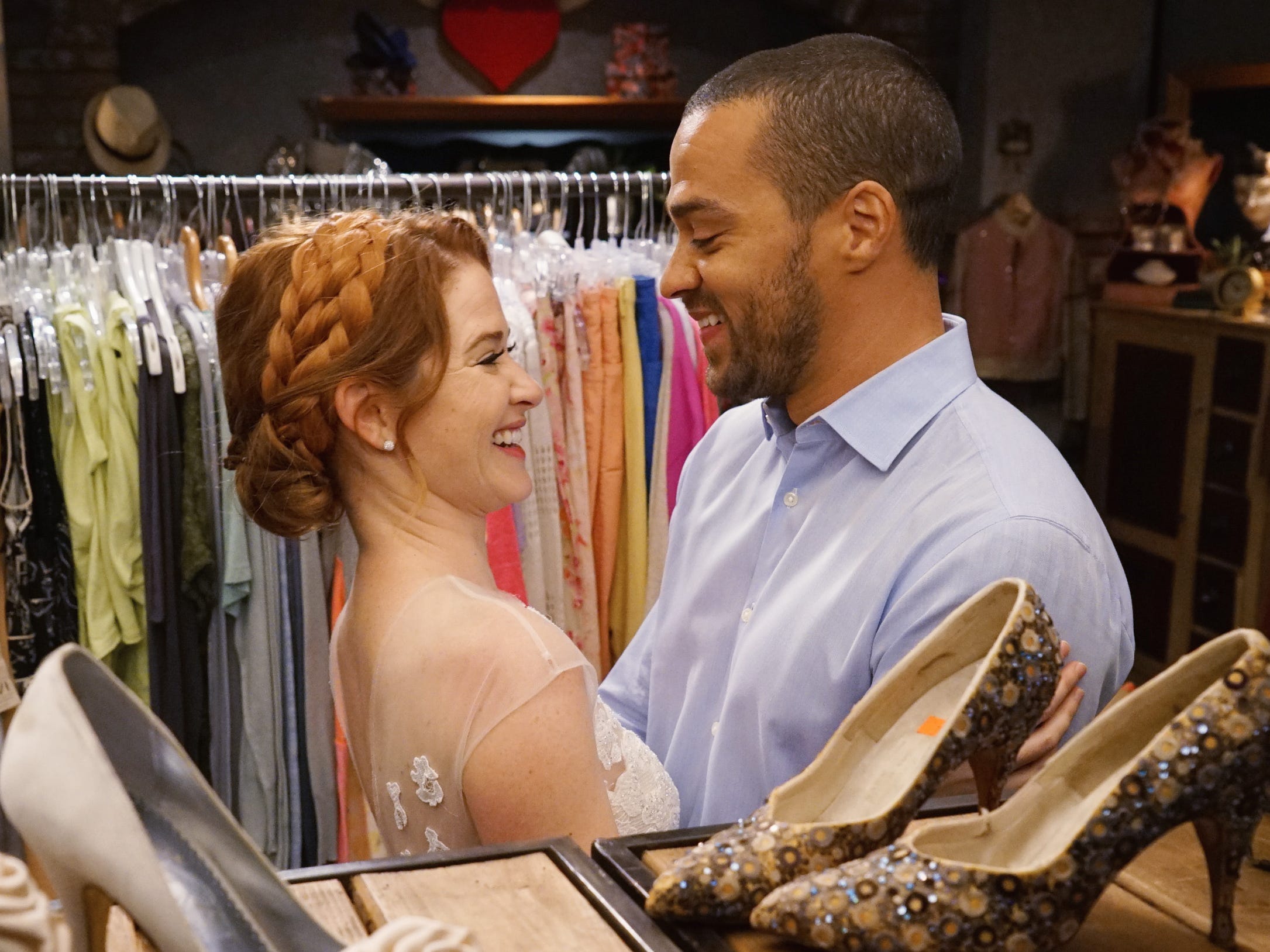 This couple didn’t work out, but so many fans wanted them to. Jackson brought April out of her shell, and they both changed each other forever. The two also went through a lot of heartbreak.

After their first baby, Samuel, died, things were never the same between the couple – not even when their second child, Harriet, was born.

But Jackson and April have both moved on to find other partners while still co-parenting Harriet.

Mark and Lexie were there for each other until the end. 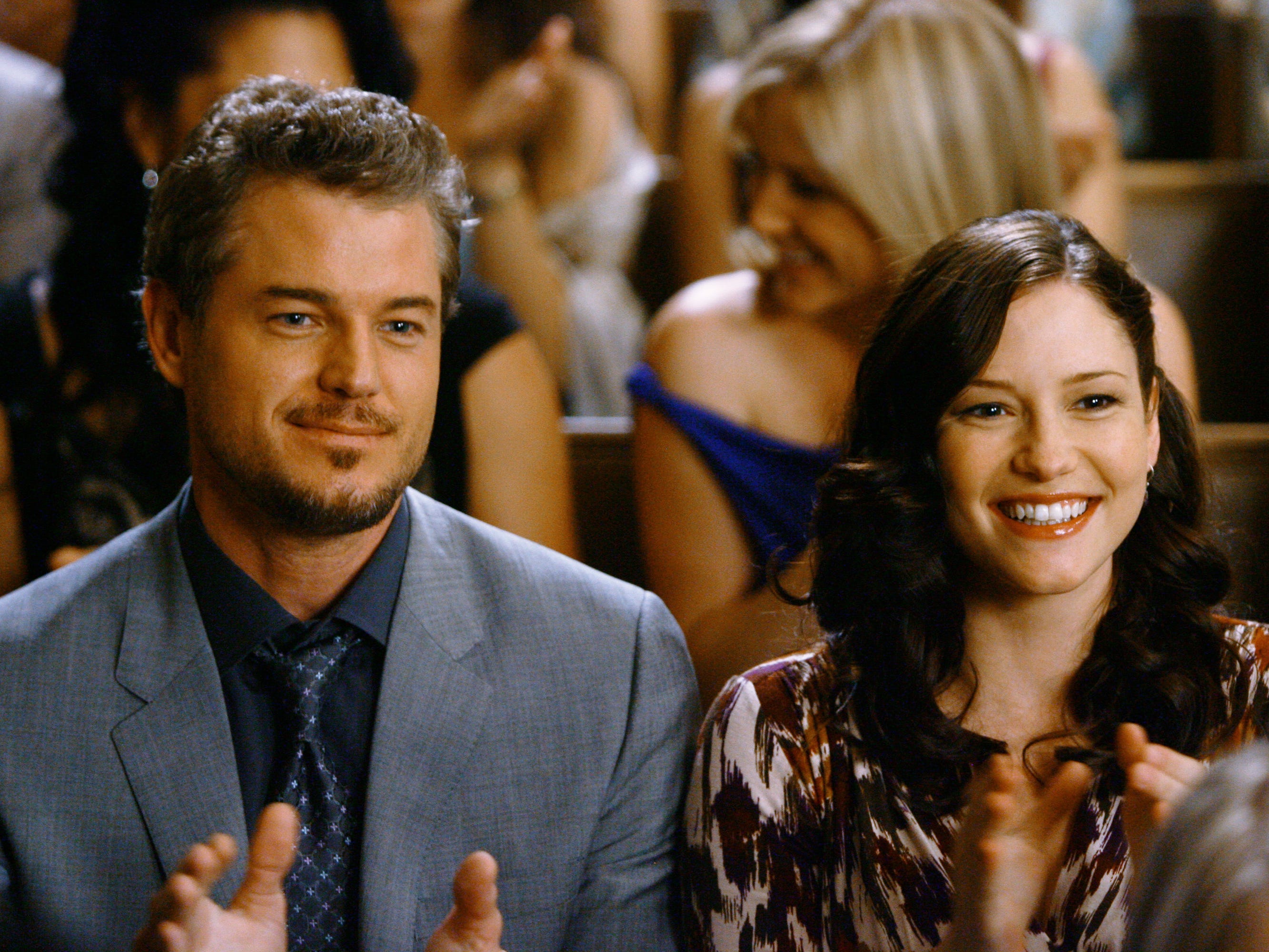 Though they had a bit of an age difference, and Mark was in a different stage of life than Lexie, these two couldn’t be more perfect for each other.

Unfortunately, it took them a little too long to realise what was truly important, and they finally confessed that they still loved each other as Lexie was dying after the plane crash.

Alex and Jo are were a perfect match. 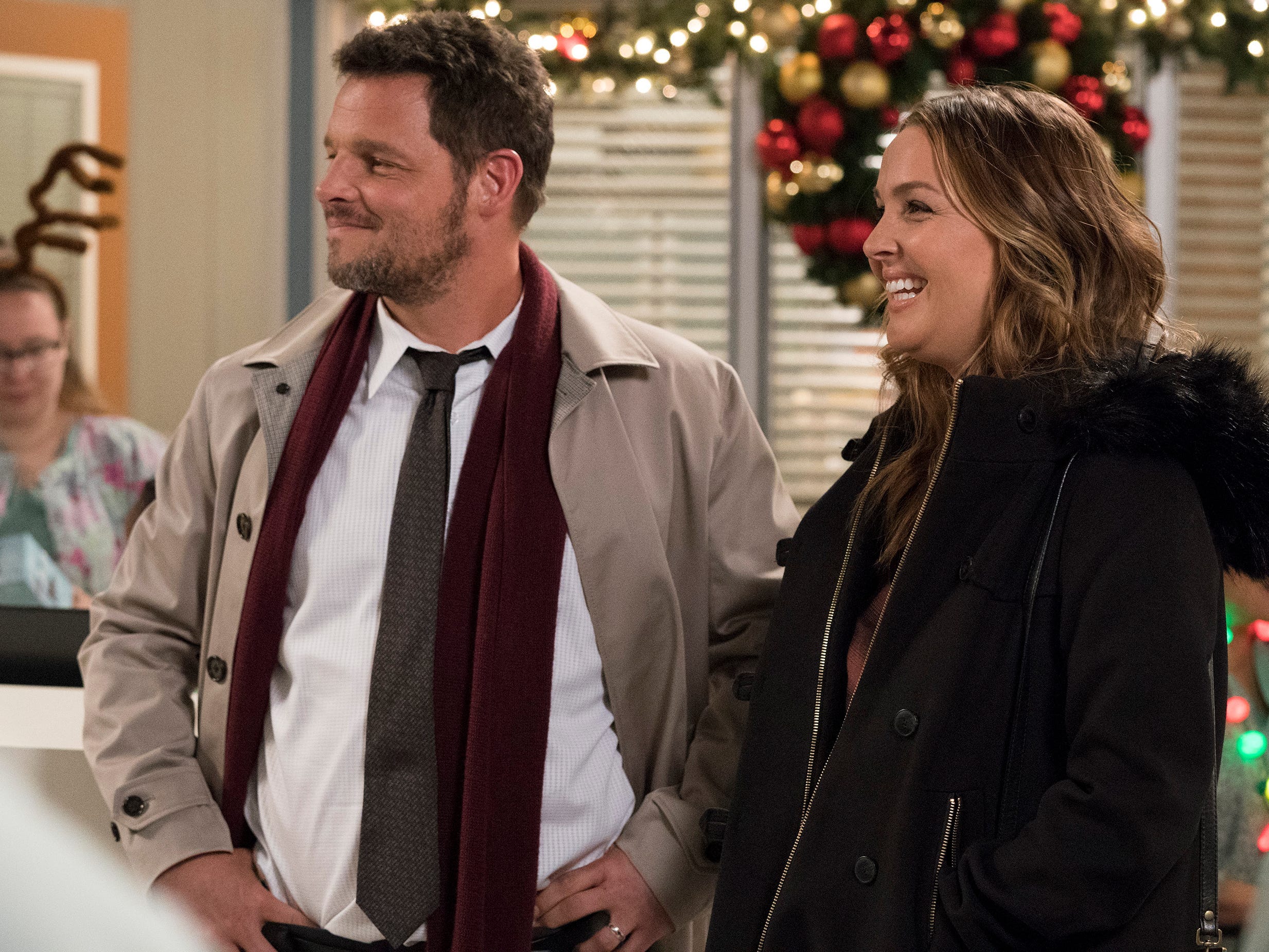 The two understand each other in a way that no one else could since they both survived difficult childhoods – Alex was raised in foster care, and Jo faced homelessness as a teenager.

They truly bring out the best in each other and support each other’s career goals and mental health. After their somewhat chaotic wedding, it seemed like they had finally gotten their happily ever after.

Sadly, Alex ended up leaving Jo via written letter after he learned that Izzie had children using his sperm.

Meredith and Derek had a wonderful romance.

While Derek was still alive, their marriage was the gold standard of “Grey’s Anatomy” relationships. Together, they survived bombs, plane crashes, major storms, and shootings. And when Derek was alive, they tackled parenthood together as they raised their children.

The show isn’t the same without Derek, but at least we can nostalgically look back on the first few seasons when his and Meredith’s love story was just beginning.