ABCOnly three of the original cast members remain on the series.

Now in its 16th season, ABC’s medical drama “Grey’s Anatomy” is still going strong, but not all of the doctors at Grey-Sloan Memorial have stuck around.

Only three of the show’s original stars, Ellen Pompeo, Chandra Wilson, and James Pickens Jr., are still saving lives on “Grey’s” – but many former cast members have moved on to new and exciting things.

Alex Karev went from a rude, arrogant surgeon-in-training to a beloved fan-favourite character who was at the peak of his career.

In January, Chambers announced his departure from “Grey’s,” which came in the middle of season 16.

The actor said in a statement that he was leaving the show to pursue other career goals, though he was grateful for all the medical drama had done for him.

“There’s no good time to say goodbye to a show and character that’s defined so much of my life for the past 15 years,” the actor said a statement to Deadline. “For some time now, however, I have hoped to diversify my acting roles and career choices. And, as I turn 50 and am blessed with my remarkable, supportive wife and five wonderful children, now is that time.”

Karev was written off as having run away with his former partner, Izzie Stevens, who’d secretly used his sperm to have twins. Karev’s farewell was told through voiceovers and letters.

Currently, it does not seem like Chambers has any projects in the works. 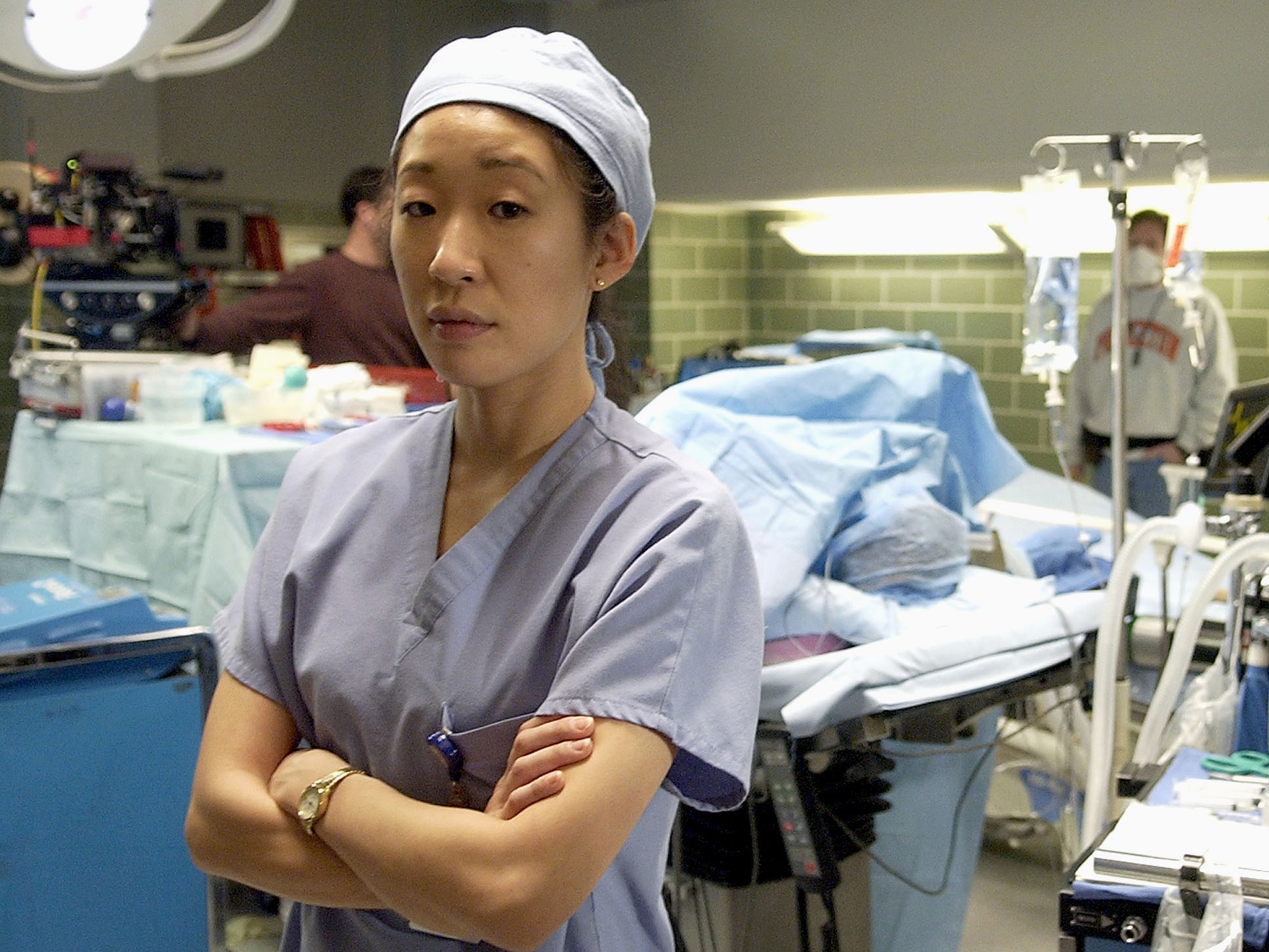 The Canadian actress became a household name and a fan-favourite playing Cristina Yang, one of the series’ original surgical interns, who rose through the ranks and became a cardiothoracic surgeon.

When Oh decided it was time to leave the show after 10 seasons, her character moved to Switzerland for a high-level position.

About leaving, Oh told The Hollywood Reporter, “I came apart because I saw everyone was in one room. It felt extremely operatic.”

Oh has gone on to do some of the most exciting work of her career. 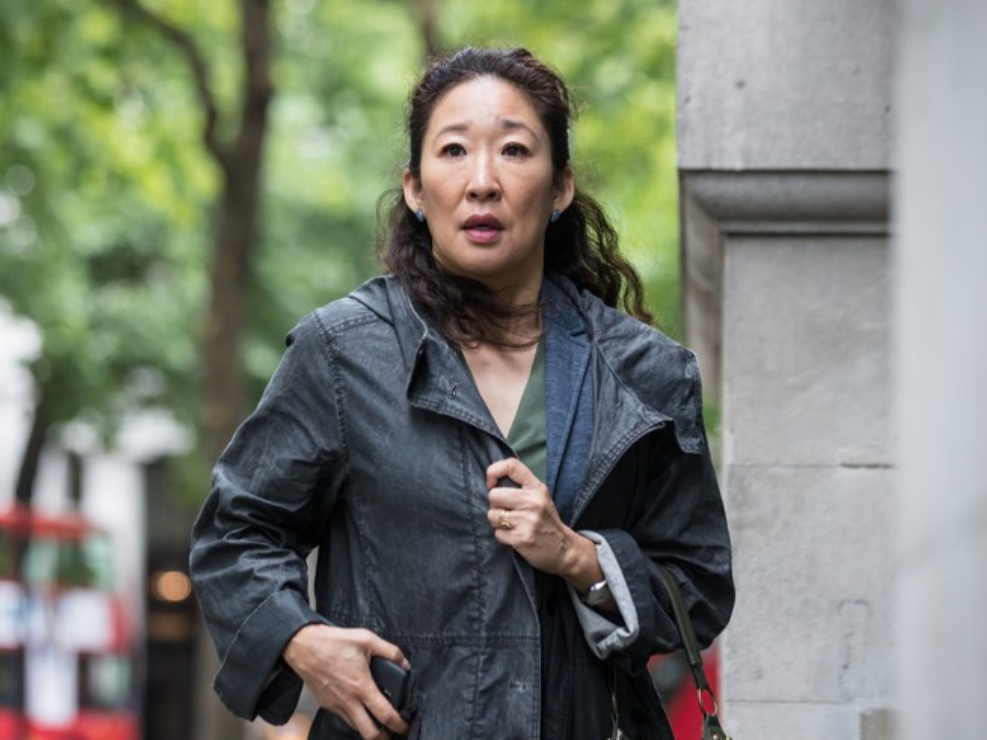 Oh left the series when she felt she had accomplished everything she had wanted with her “Grey’s” character.

Since leaving in 2014, she landed a starring role on BBC’s “Killing Eve” and made history as the first woman of Asian descent to be nominated for an Emmy in the category of best lead actress in a drama series.

She also was the first woman of Asian descent to win a Golden Globe for best actress in a drama since 1981. 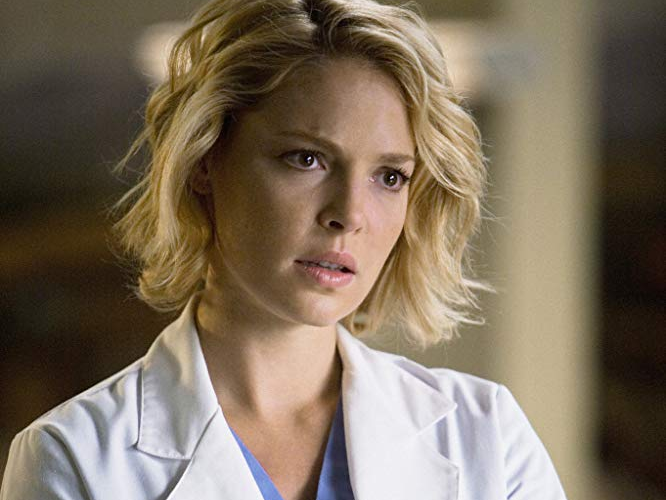 She won an Emmy for best supporting actress in a drama series in 2007 for her role as the bright-eyed doctor, but wasn’t happy with her character’s storylines and left the show in 2010.

“I am done,” Heigl told Entertainment Weekly in 2010. “We just finalised our agreement. Everyone had been working really hard to find an amicable and gracious way of letting go and moving on. It’s sad, but it’s what I wanted.” Cindy Ord/Getty ImagesHeigl is on a new drama series.

Although her career briefly slowed after she exited the show, she recently starred on USA Network’s drama”Suits” and has appeared in a few films, including “Jenny’s Wedding.” 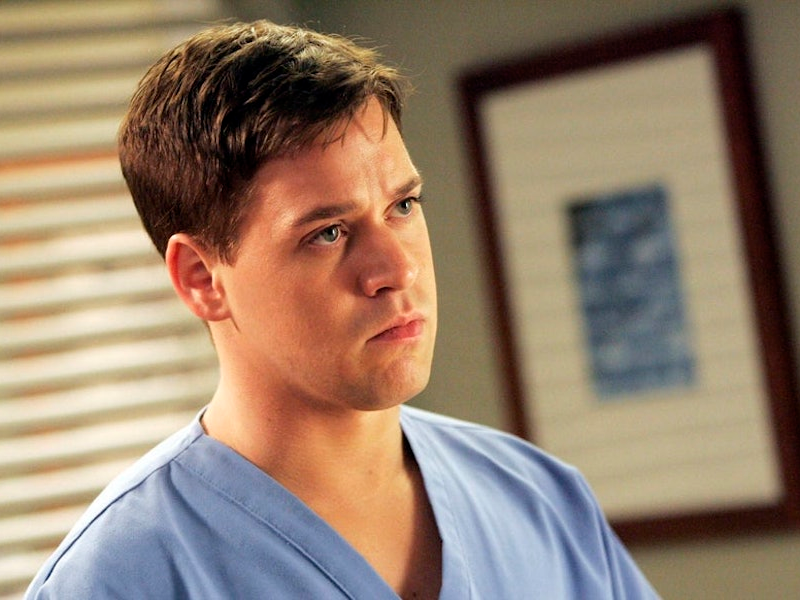 Dr. George O’Malley transformed from a bumbling intern into a promising trauma surgeon, and fans were distraught when his life was cut short.

Entertainment Weekly reported that Knight left “Grey’s Anatomy” over creative differences and a lack of screen time in 2009. When T.R. Knight decided to leave the show, his character was tragically hit by a bus and killed off. 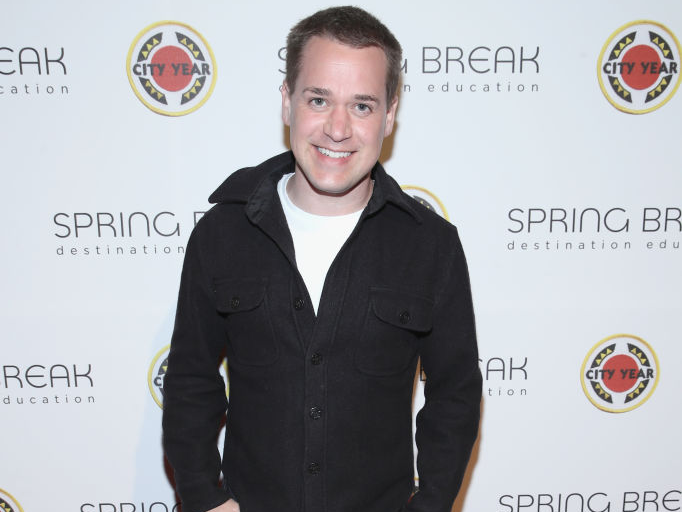 Since his departure, he has worked both on- and off-Broadway.

He’s also kept up his TV acting career, appearing on multiple episodes of “The Good Wife” and “The Catch” and starring on shows like “Genius.” 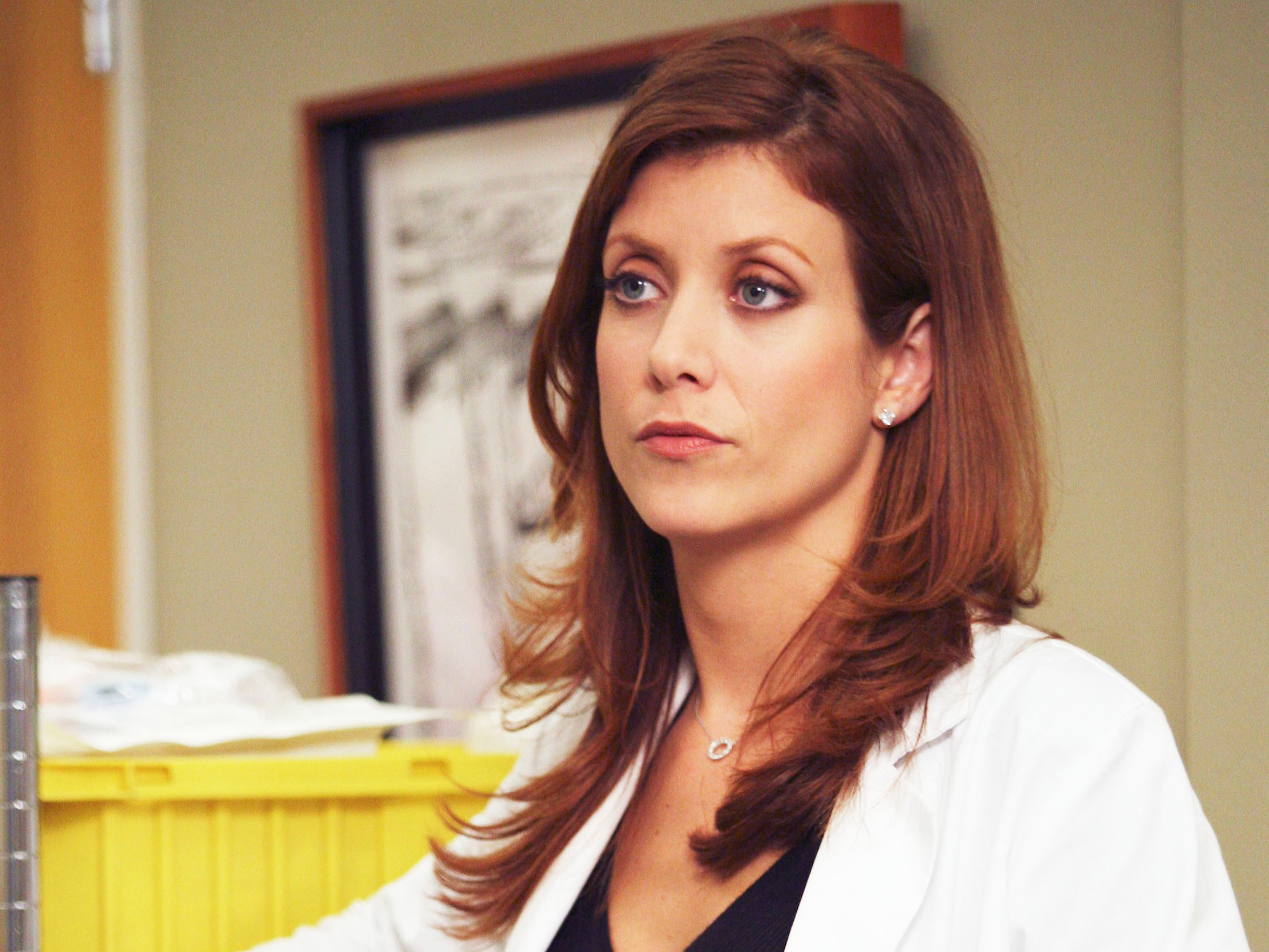 Kate Walsh was brought on to shake things up midway through the first season of “Grey’s Anatomy” by playing Derek Shepherd’s estranged wife Dr. Addison Montgomery.

Walsh left the show after three seasons to star on her own spin-off, “Private Practice.”

Walsh continued to portray Montgomery for another six seasons on “Private Practice.” In 2013, Walsh decided it was time to say goodbye to Montgomery and has since gone on to play a grieving mother on the Netflix series “13 Reasons Why.” 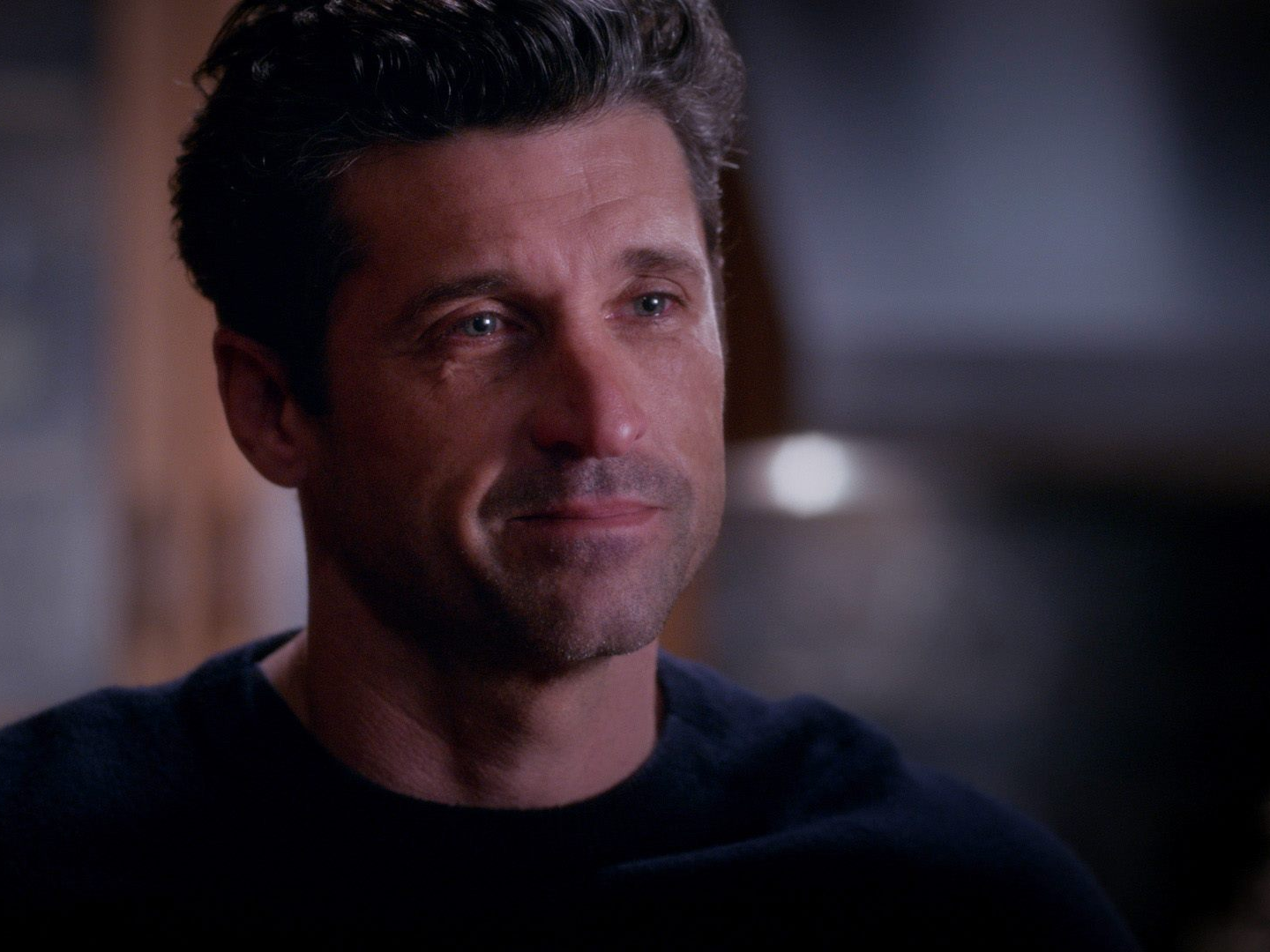 ABCFans were shocked at his death.

All-star neurosurgeon Dr. Derek Shepherd was the main love interest to series protagonist Meredith Grey, and fans were not pleased when he was killed off after 11 seasons.

Dempsey is currently working on a limited series. 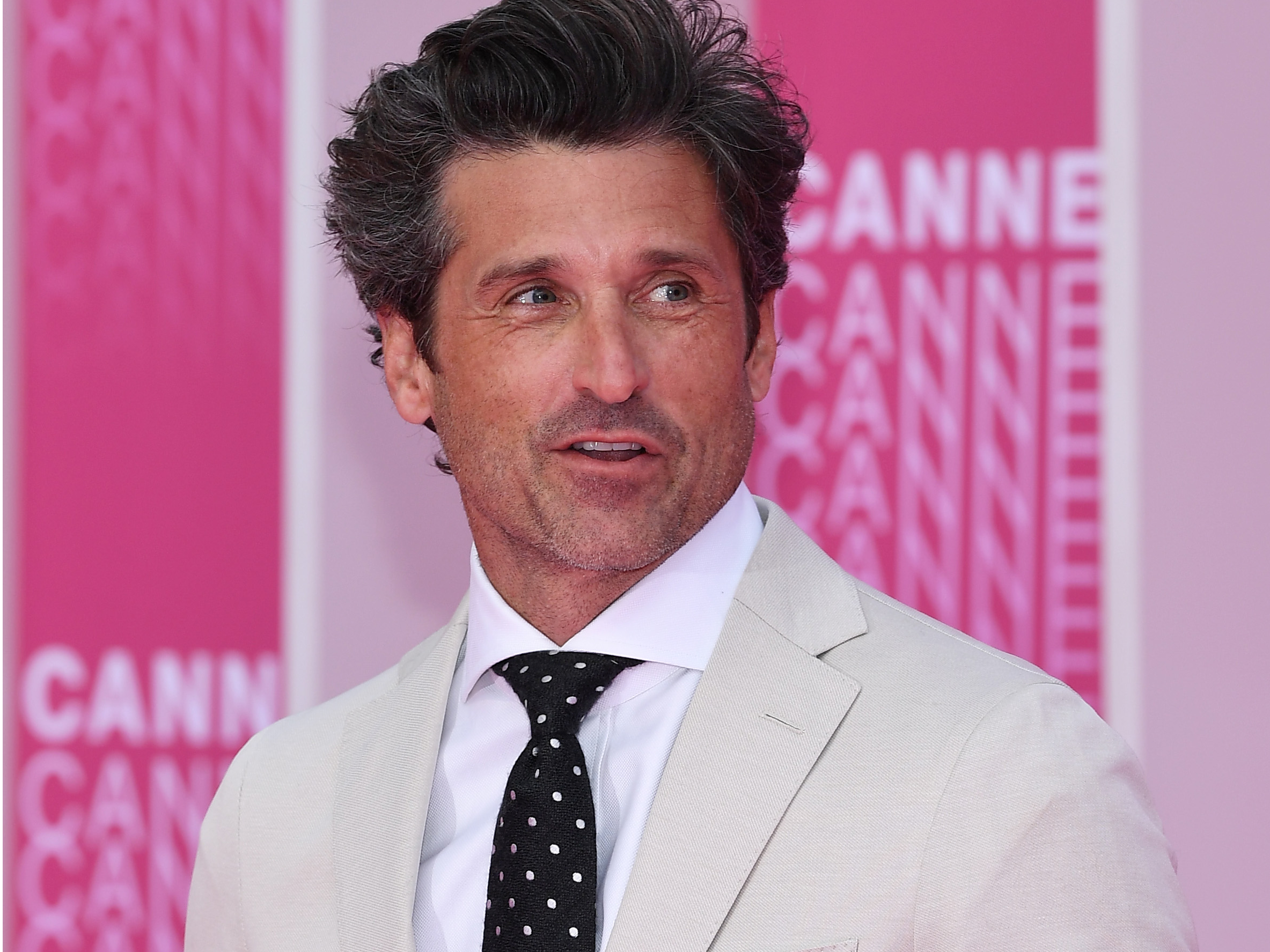 Pascal Le Segretain/GettyImagesYou can see him on ‘Devils.’

Since leaving “Grey’s Anatomy” in 2015, Dempsey starred opposite Renee Zellweger in “Bridget Jones’ Baby” and on the Epix miniseries “The Truth About the Harry Quebert Affair.”

The actor is also set to star on the 10-part thriller series “Devils.” 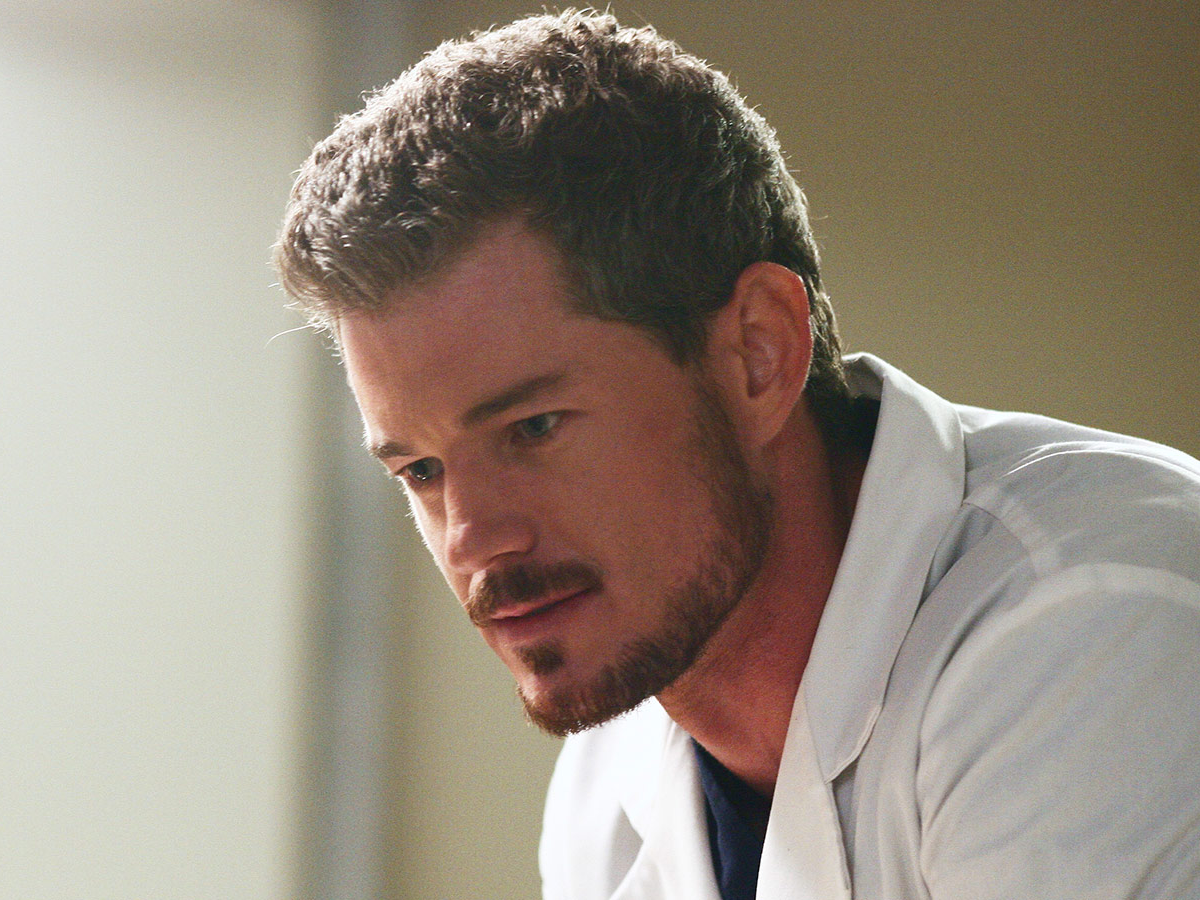 ABCMark Sloan had a tragic death on the show.

Actor Eric Dane was brought in to spice things up during the second season of “Grey’s Anatomy” as plastic surgeon Dr. Mark Sloan.

Dane played the playboy doctor until his character died from injuries sustained in a plane crash.

Dane went on to star on the TNT drama series “The Last Ship.” 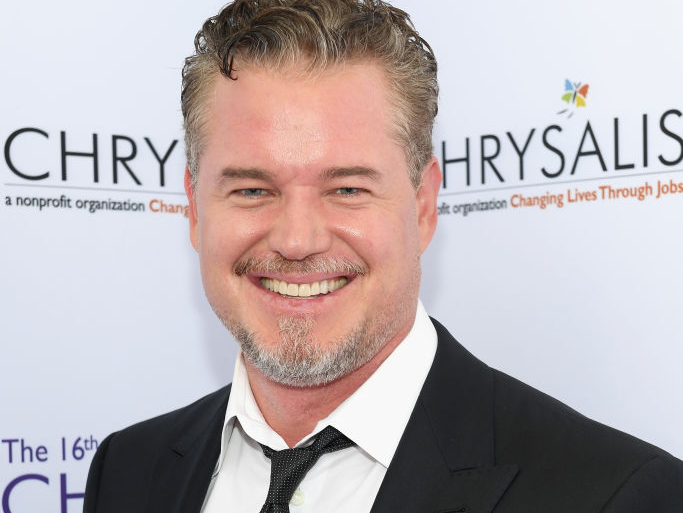 Matt Winkelmeyer/GettyImagesYou can catch him on TNT.

After his character was killed off in 2012, Dane appeared on the miniseries “The Fixer,” in the film “Grey Lady,” and starred on TNT’s drama “The Last Ship” for five seasons. 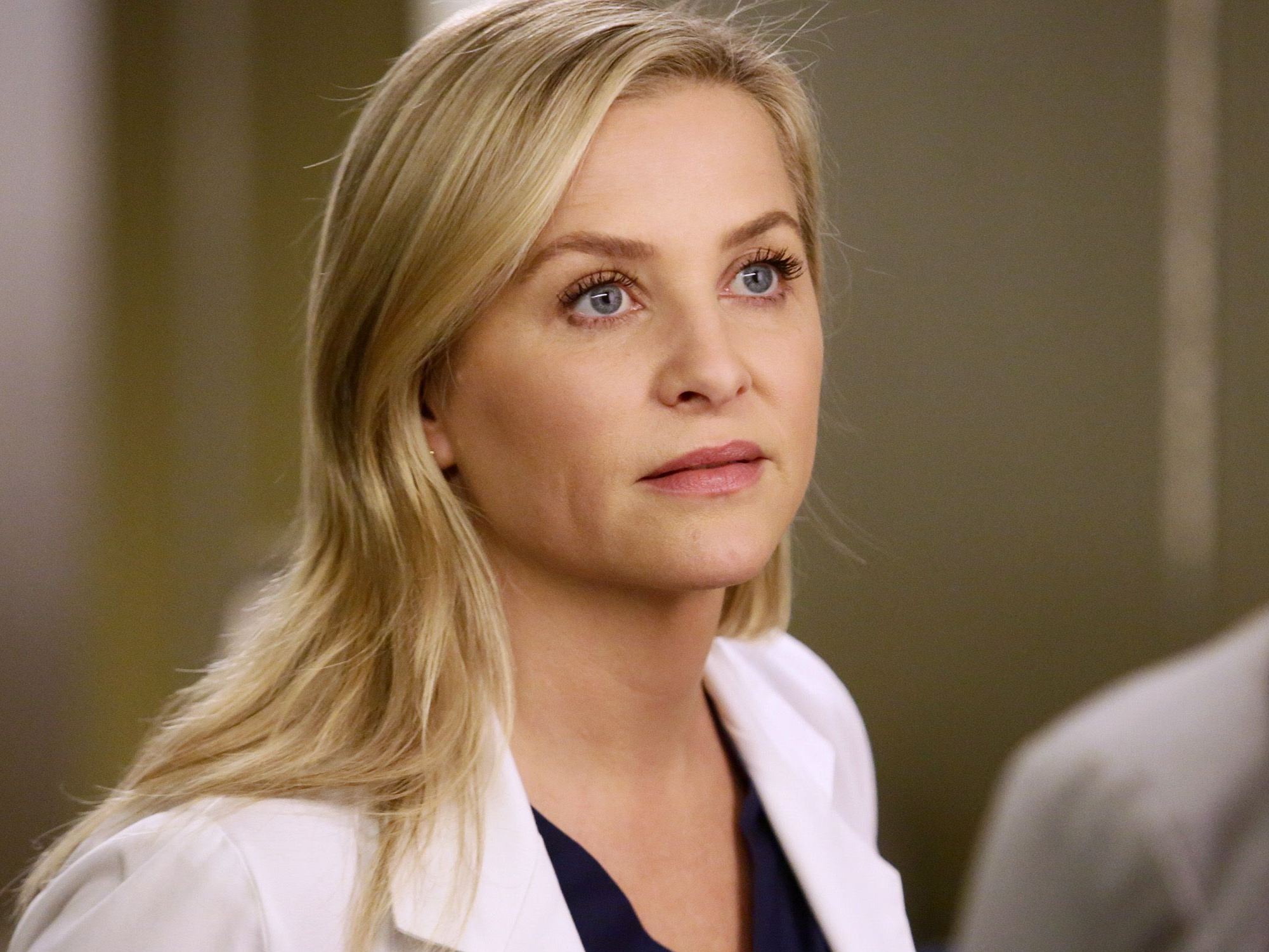 Jessica Capshaw’s quirky and bubbly Dr. Arizona Robbins was one of the show’s most prominent characters.

She left the series in 2018 when her character was unexpectedly written off the show after 10 seasons.

Capshaw hasn’t taken on any new projects since leaving the series in 2018. 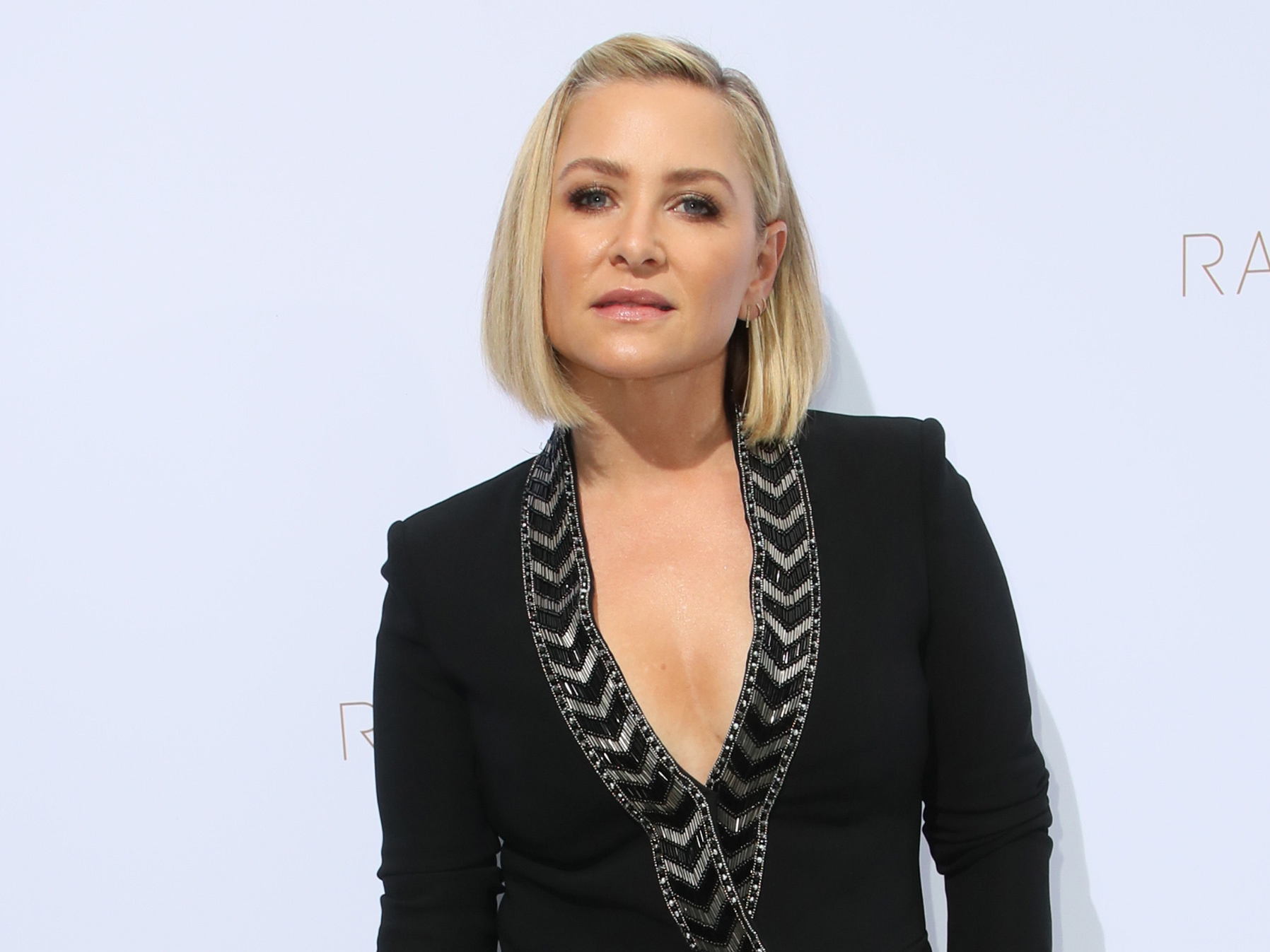 David Livingston/GettyImagesCapshaw has not done a ton of acting since leaving ‘Grey’s.’

Capshaw has yet to announce any major projects since leaving the medical drama at the end of season 14, but it appears she may be appearing in movies called “Holidate” and “Dear Zoe” sometime soon. ABCShe died a tragic death on the show.

Chyler Leigh joined the cast of “Grey’s Anatomy” as Dr. Lexie Grey, one of the new surgical interns, during the show’s third season

Her character’s arrival amped up the family drama when she was revealed as the half-sister Meredith never knew existed.

Leigh played the promising young surgeon for five seasons before her character was killed in a plane crash.

Leigh currently helps save the world each week on “Supergirl.” According to TV Line, Leigh made the decision to leave the show and worked with Rhimes to bring her character’s storyline to an end.

Since exiting the show in 2012, Leigh starred on the series “Taxi Brooklyn” and currently assists in saving the world on The CW’s “Supergirl.” 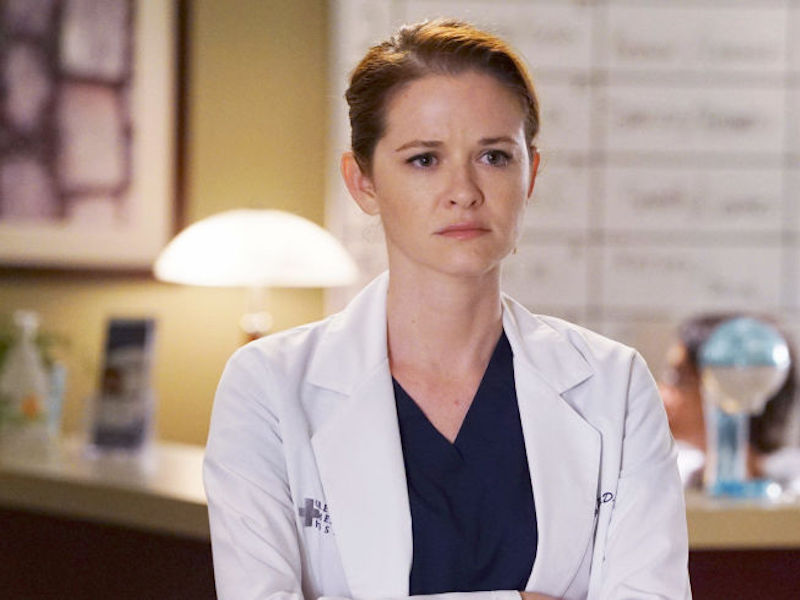 By the time Drew’s character was written off the show at the end of season 14, she had become a fan favourite.

Drew was recently in the movie “Indivisible.” 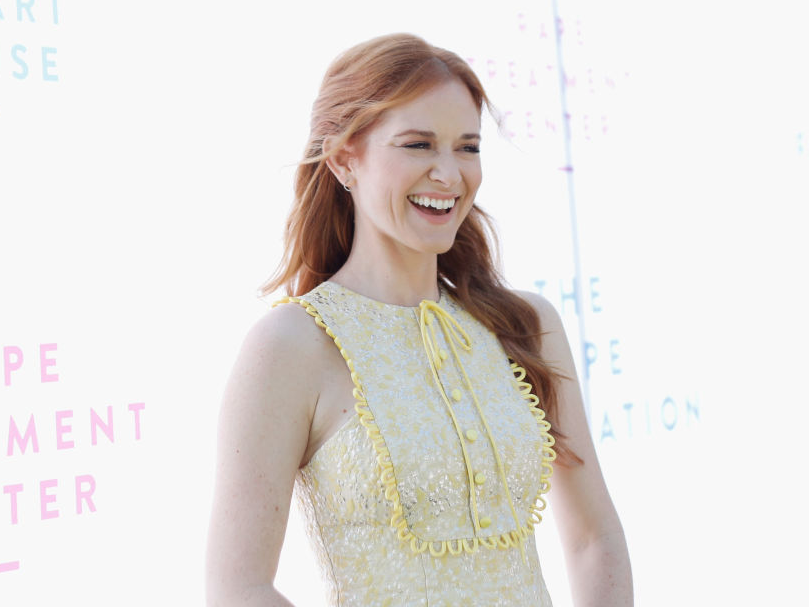 After exiting the series in 2018, Drew was quickly cast in the high-profile pilot for the reboot of “Cagney and Lacey,” but the show ultimately wasn’t picked up, according to Entertainment Weekly.

The actress also recently starred in a few movies, including “Indivisible,”“Twinkle All the Way,” and “Republic of Sarah.” 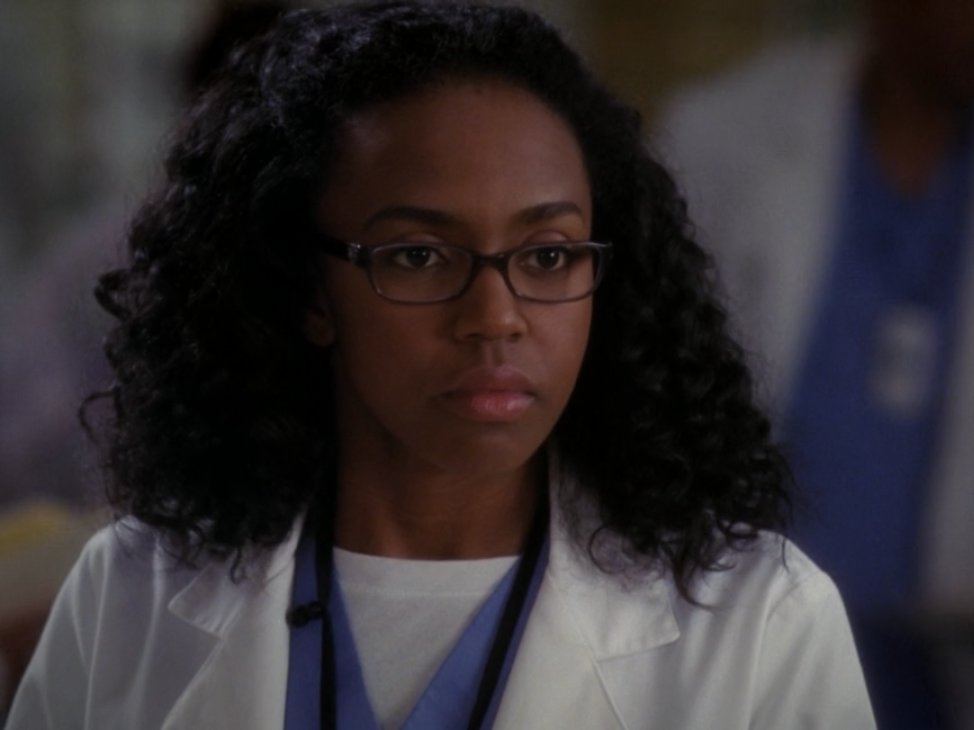 ABCJerrika Hinton was on the show for five seasons.

Dr. Stephanie Edwards was among the new batch of interns to start training at the hospital after some of the staff was involved in a devastating plane crash.

Jerrika Hinton played Edwards for five seasons and exited the show after her character was badly burned in an explosion at the hospital.

Hinton voluntarily left the show to appear in HBO’s “Here and Now.” 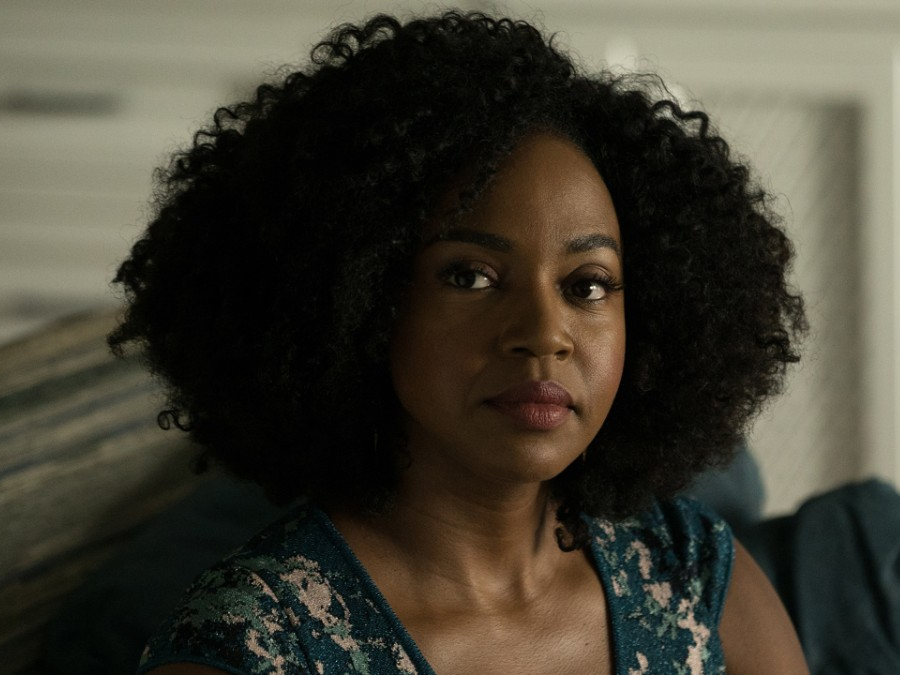 HBOShe appeared on ‘Here and Now.’

Since leaving the show at the end of season 13, Hinton appeared in the movie “Odious” and joined the cast of HBO’s “Here and Now,” which lasted one season.

She recently appeared on the Amazon Prime TV series “The Hunters.” Isaiah Washington’s character, Dr. Preston Burke, was a talented cardiothoracic surgeon who was both a mentor and love interest to Yang.

Washington was written off the show in the third season when his character left Yang at the altar and left the hospital. 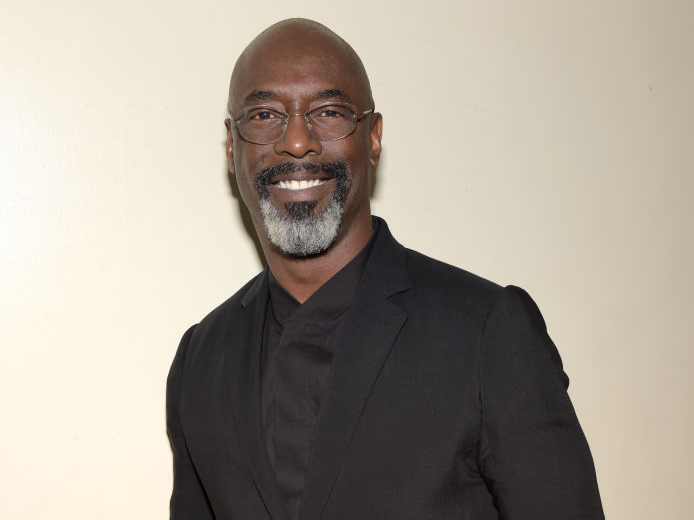 In 2007, ABC let Washington go amid allegations he used a homophobic slur.

Speaking to Entertainment Weekly at the time, Washington said, “[Rhimes] called me on Thursday of last week and told me that I would not be returning to the show. Just like she personally called me and invited me to the show. It was full circle.”

Access Hollywood reported that Washington and Dempsey had been involved in a “violent brawl” on set after Dempsey showed up late one day, during which Washington used a homophobic slur.

Knight then claimed Washington’s slur had been referring to him and he came out as gay in response, reported People magazine.

On “Larry King Live,” Washington admitted to using the slur but claimed it hadn’t been used in a homophobic context. He said it was meant to refer to “somebody who is being weak.” “I am not homophobic – in no way, shape or form,” Washington said.

Washington recently appeared on The CW series “The 100″ and seems to have a few projects in the works. Sara Ramirez portrayed Dr. Callie Torres for 10 seasons and was hailed as one of the best-written bisexual characters on TV by GLAAD.

She became a fan favourite as viewers became invested in her relationship with Robbins. 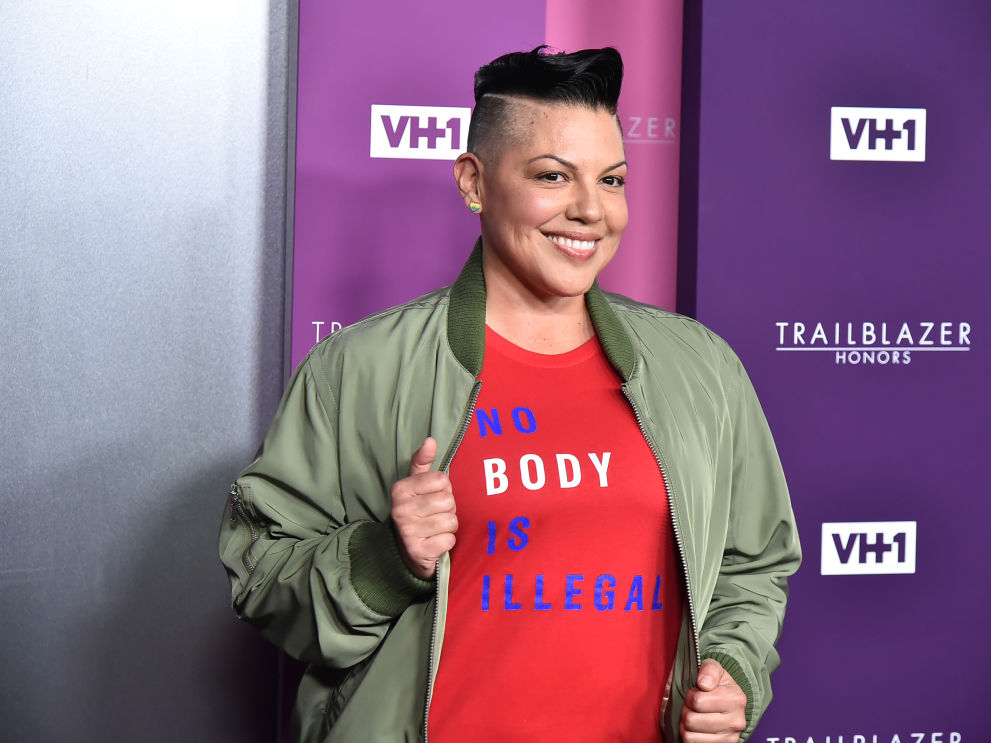 Theo Wargo/GettyImagesSara Ramirez can be seen on CBS’s show.

After Entertainment Weekly reported that Ramirez was “taking some welcome time off” in 2016, Ramirez publicly came out as bisexual. 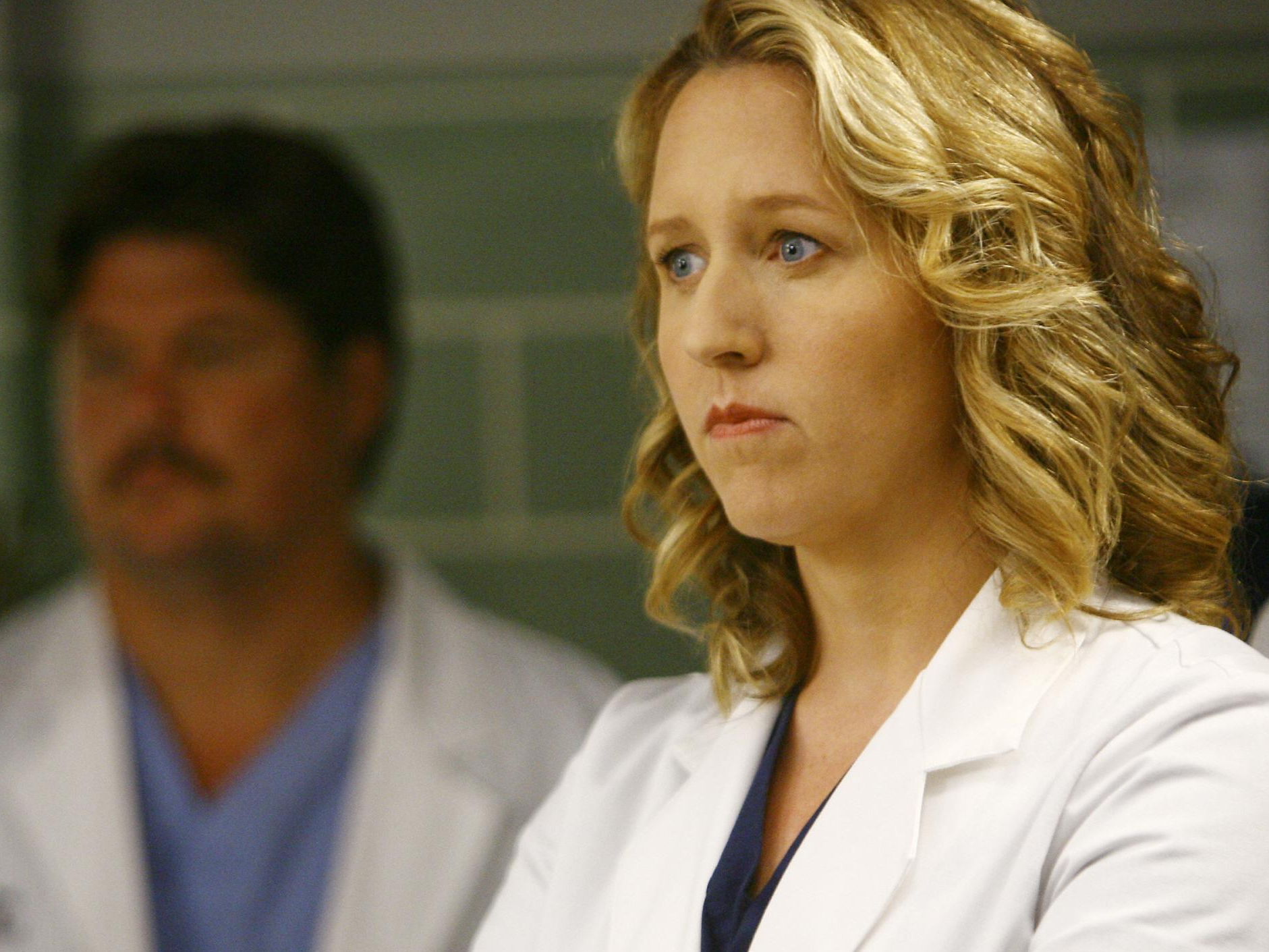 ABCOn the show, Erica Hahn and Torres were in a relationship.

As Dr. Erica Hahn, Brooke Smith joined the show as a rival to the hospital’s head of cardio, Burke.

Smith played the character for three seasons but was written out of the show just as she began to develop a relationship with Torres.

Smith has continued to regularly appear on TV and in movies since leaving the show. 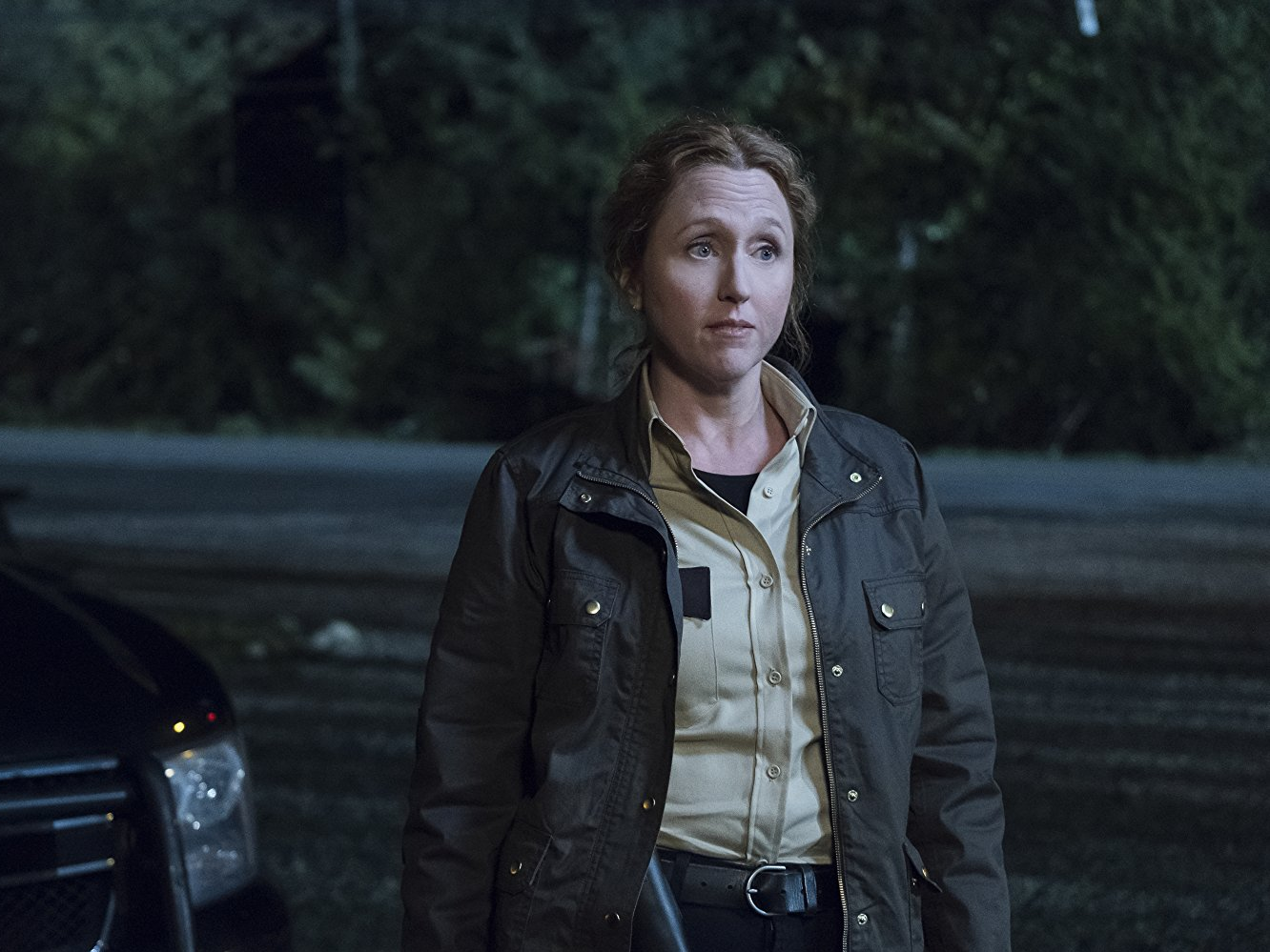 Smith said she did not expect her character to be written out of the show, and said she believed it had something to do with the fact that her character was in a gay relationship.

Speaking to Entertainment Weekly, Smith said, “You said [sometimes networks get cold feet] with gay relationships. And I was so naive. I’m like, ‘It’s 2008.’ But I’m starting to realise that not everyone feels the way I do.”

“I was really, really shocked,” Smith added. “It was the last thing I expected.”

Show creator Rhimes responded to Smith’s claims, saying, “Brooke Smith was obviously not fired for playing a lesbian. Clearly, it’s not an issue as we have a lesbian character on the show – Calliope Torres. Sara Ramirez is an incredible comedic and dramatic actress and we wanted to be able to play up her magic.”

She said she just didn’t see “magic and chemistry” between Callie and Erica and that’s why the story did not continue and Erica was no more.

Since exiting the show in 2008, Smith appeared on A&E’s “Bates Motel” and Showtime’s “Ray Donovan,” as well as in the movies “Interstellar” and “To The Bone.” 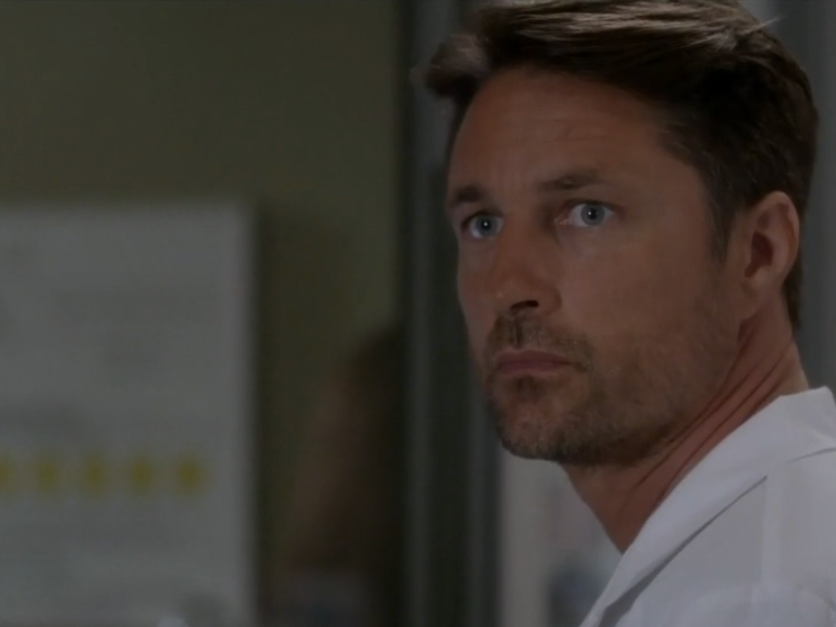 ABCRiggs and Grey had a brief fling.

Martin Henderson’s Dr. Nathan Riggs added a little romance back in Meredith Grey’s life when he joined the staff at Grey Sloan Memorial during season 12.

His relationship with Grey never really got off the ground and the character left the hospital and the show at the end of season 14 after his fianceé, who was presumed dead, showed up.

Henderson has appeared in a couple of movies since leaving the show. 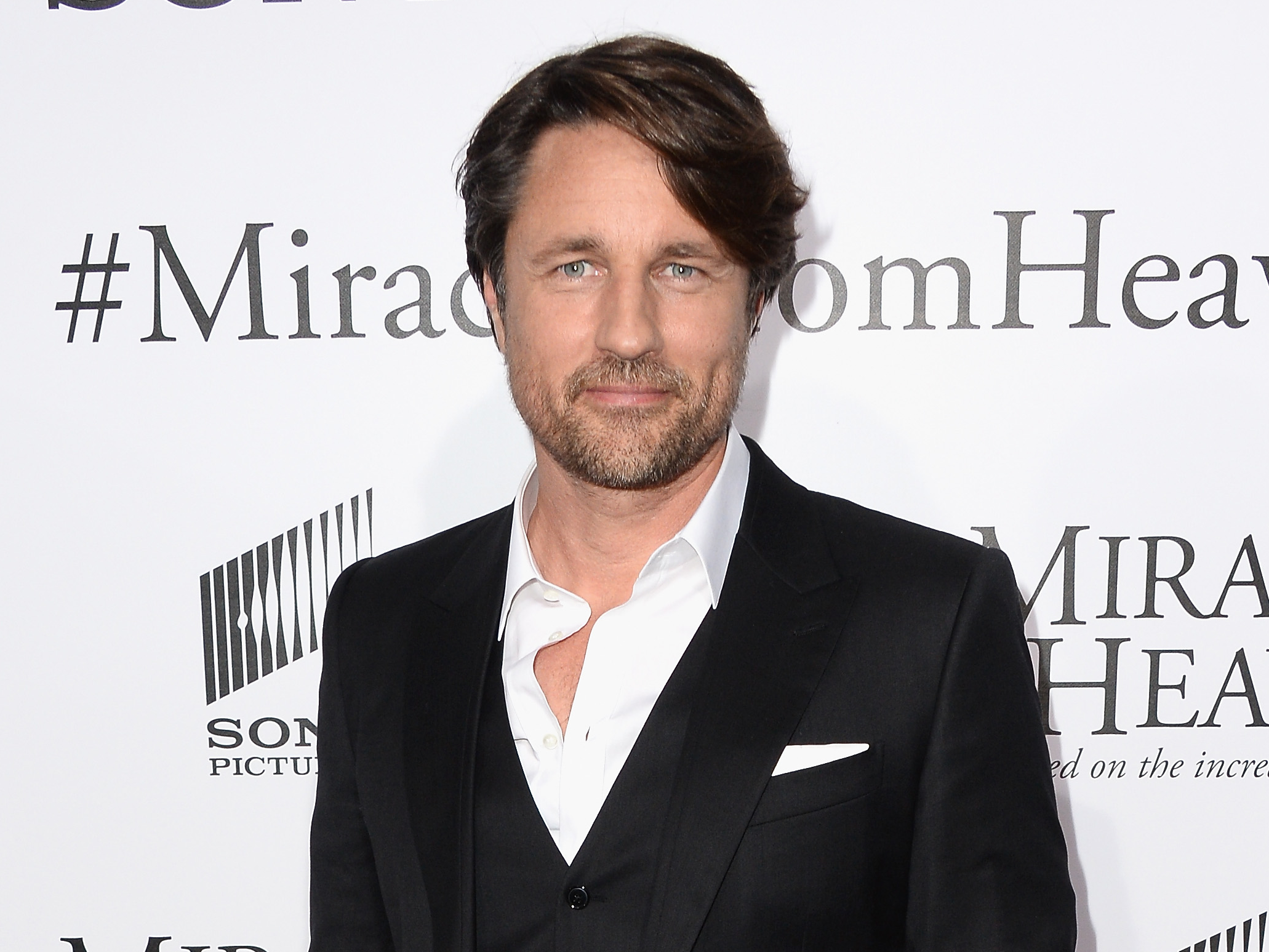 In 2017, Rhimes announced Henderson would leave the show, per Hollywood Reporter. “I loved that we were able to give Riggs a happy ending worthy of his character and talent,” she said.

Henderson has since appeared in the horror movie “The Strangers: Prey at Night” and in the drama “Juveniles.” He also starred on the Netflix show “Virgin Rivers.”