Gregg Popovich became one of the first members the NBA to get the COVID-19 vaccine, calling it a 'no-brainer' 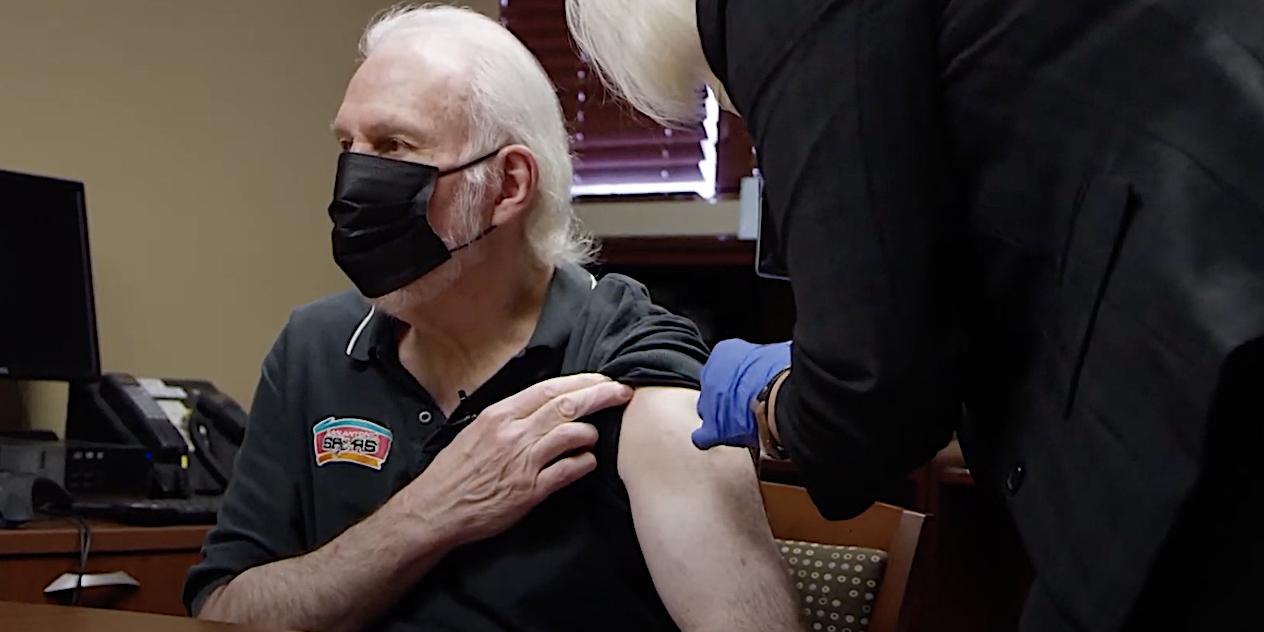 San Antonio Spurs head coach Gregg Popovich became one of the first members among NBA coaches and players to receive the COVID-19 vaccine.

In a PSA made by the NBA to encourage people to get the vaccine, Popovich received the vaccine, calling it a “no-brainer” to keep him safe. Popovich turns 73 on Thursday and is deemed an “at-risk” individual.

“It will keep me safe, keep my family safe and keep other people safe,” Popovich said. He added: “Science-wise, it’s a no-brainer.”

Popovich said he didn’t even feel the shot as he was given it.

NBA Commissioner Adam Silver has said the NBA won’t jump the line for vaccines, though Silver has also said the league would be open to vaccinating members as part of a public message to encourage vaccine participation.

Silver’s comments came as Philadelphia 76ers head coach Doc Rivers said that there is hesitation to getting the vaccine in the African America community, citing the Tuskegee Syphilis Study.

“Several public health officials â€” and this is operating state by state right now â€” have suggested there would be a real public health benefit to getting some very high-profile African Americans vaccinated to demonstrate to the larger community that it is safe and effective,” Silver said.

“At the appropriate time, whenever that is and whether that’s directed federally by NIH or CDC or ultimately state-by-state programs, we think there’s real value in our players demonstrating to a broader community how important it is to get vaccinated.”