His goal was never to be the only American winner of the Tour de France. But that's what happened. 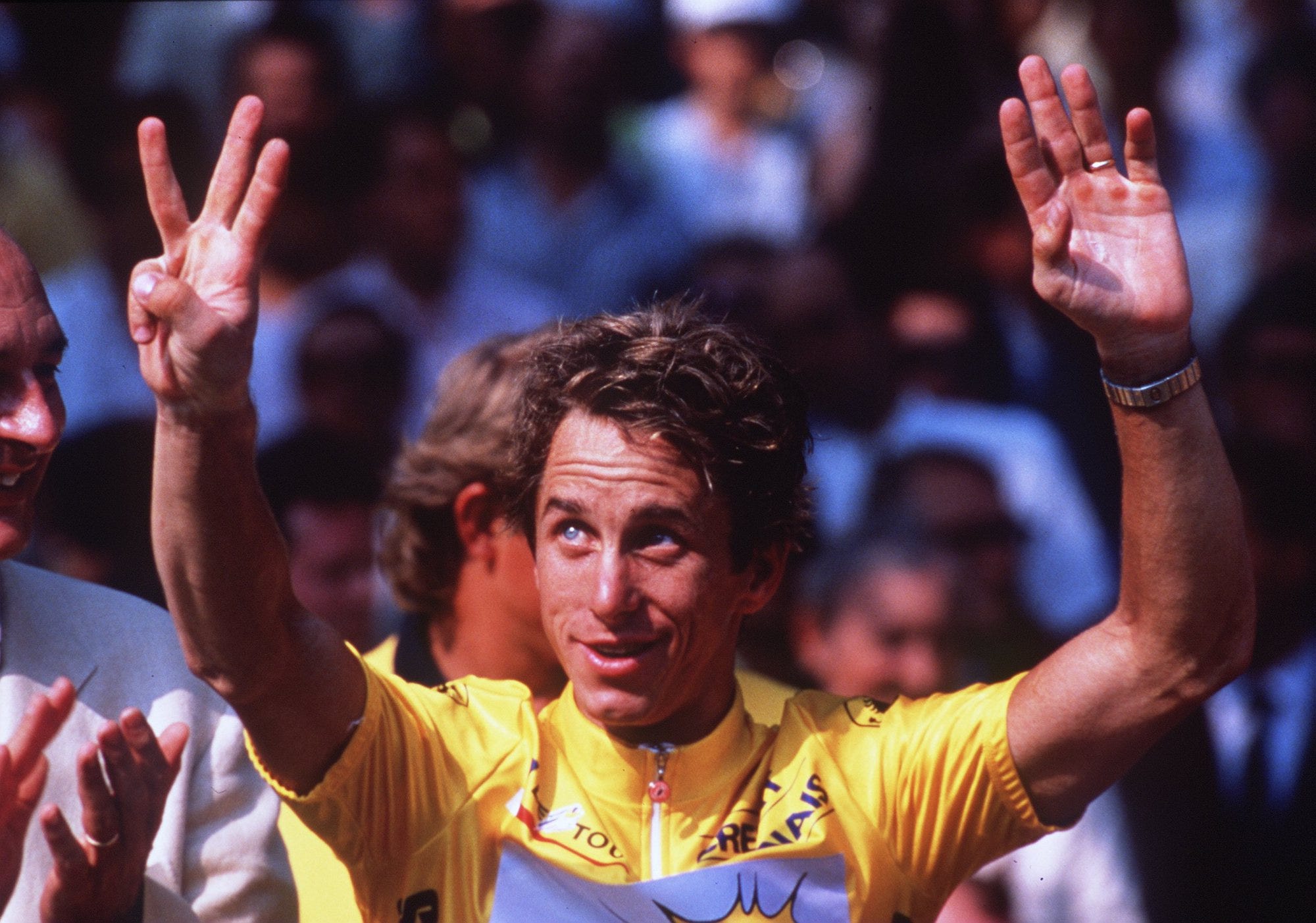 On Saturday, the 107th Tour de France gets underway in Nice, two months later than originally scheduled because of the coronavirus. The organiser and the 22 teams say they will be taking a deliberate approach to protect the 176 riders from COVID-19. This includes limited attendance, masks, social distancing, and lots of hand sanitizer (any rider caught leaving his team’s safety “bubble” is to be sent home). And while the riders will not have to wear masks while competing, the race has asked that they wear them everywhere else. Meanwhile, spectators are being told to keep six feet from the athletes, and autographs and selfies with the riders are prohibited. Otherwise, the three-week route remains unchanged, and if all goes well, the race will finish in Paris on September 20.

To talk about this year’s race, I spoke on Thursday with Greg LeMond, the winner of the Tour in 1986, ’89, and ’90. LeMond, now 59, was the first American to make it big in European cycling, having forged a path for US riders for years to come, including Lance Armstrong and Floyd Landis, both of whom won the Tour in the “dirty” ’90s and 2000s before their titles were stripped for doping. LeMond, who’s also a two-time world champion, is considered the greatest American cyclist of all time. His ’86 Tour victory over five-time winner Bernard Hinault is celebrated in the popular ESPN 30 for 30 “Slaying the Badger.” He won the closest-ever Tour, claiming the ’89 edition by eight seconds over two-time champion Laurent Fignon, two years after being shot in a hunting accident. Today he lives in Tennessee, where he’s restarting his bike company, LeMond, intending to roll out new models this fall.

During our conversation, which has been edited for length and clarity, we talked about this year’s Tour, the sport’s dark era, and some of the changes he’s seen in his time. 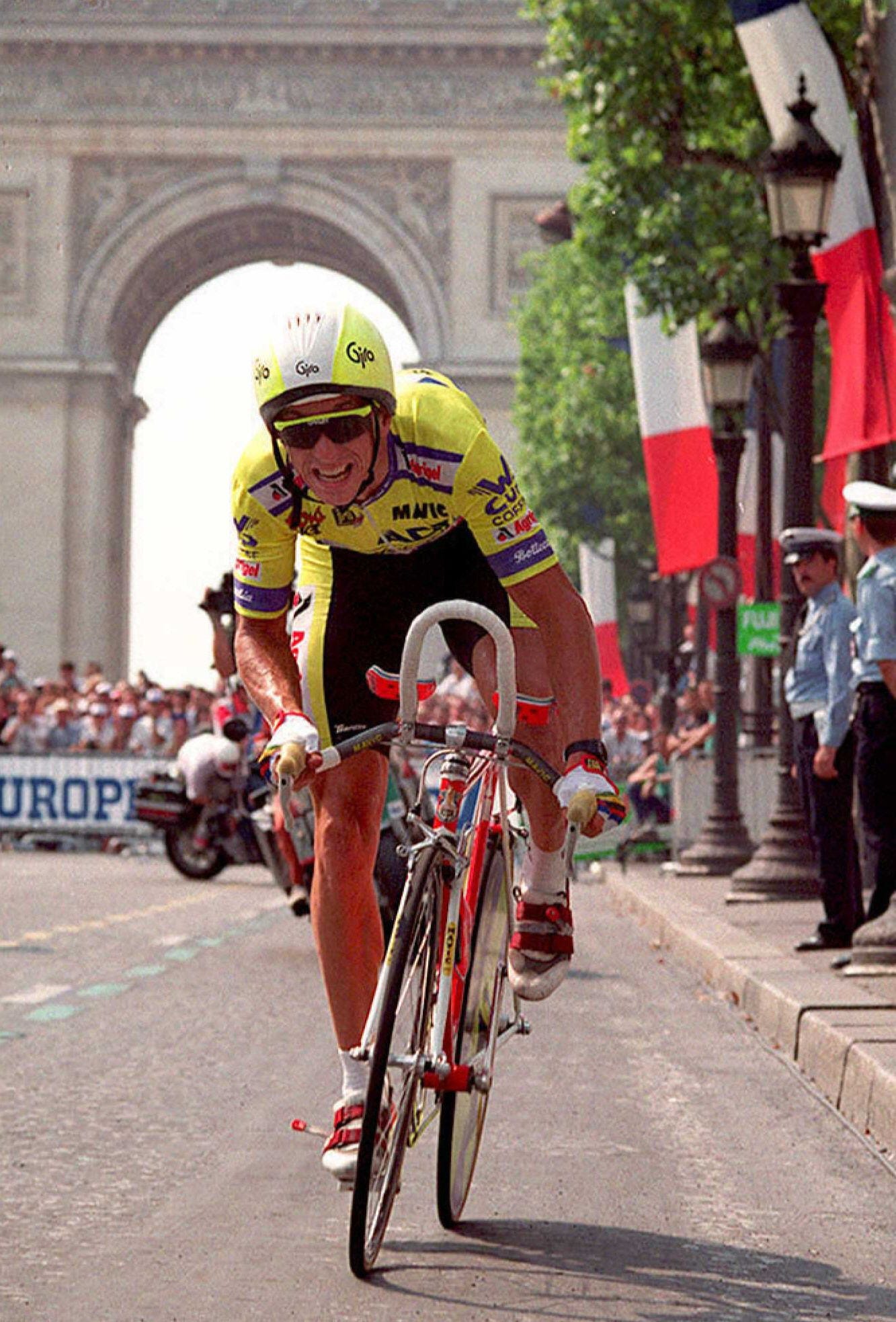 Getty ImagesLeMond on his way to winning the closest Tour de France, in 1989. After three weeks of racing, he won by eight seconds.

Daniel McMahon: Much of this year’s pro-cycling season is being condensed into three months, August through October, with the biggest race, the Tour, starting this weekend, all of it during a pandemic. What do you make of it?

Greg LeMond: Well, when you look at what’s happened with the pandemic, early on, Europe was really good at controlling the spread. But it’s been on and off since. They just cancelled the world championships, mainly because Switzerland is not allowing any groups over a hundred people. But you know, if you take the right precautions and you’re outside, even with Formula One and a lot of these sports, they don’t have to have the spectators on the side of the road or in the stadium.

If the riders are protected, I think it’s great. You’ve got team sponsors and riders training throughout the whole year, so at least they’re not missing the whole year. I actually think it’s kind of exciting because usually, you have months to see the condition of riders, to see where they’re at. There’s a lot of pressure. The riders who were able to train outside definitely have an advantage, although you could do a pretty good job inside. This is going to be a good Tour. It’s going to be very competitive. 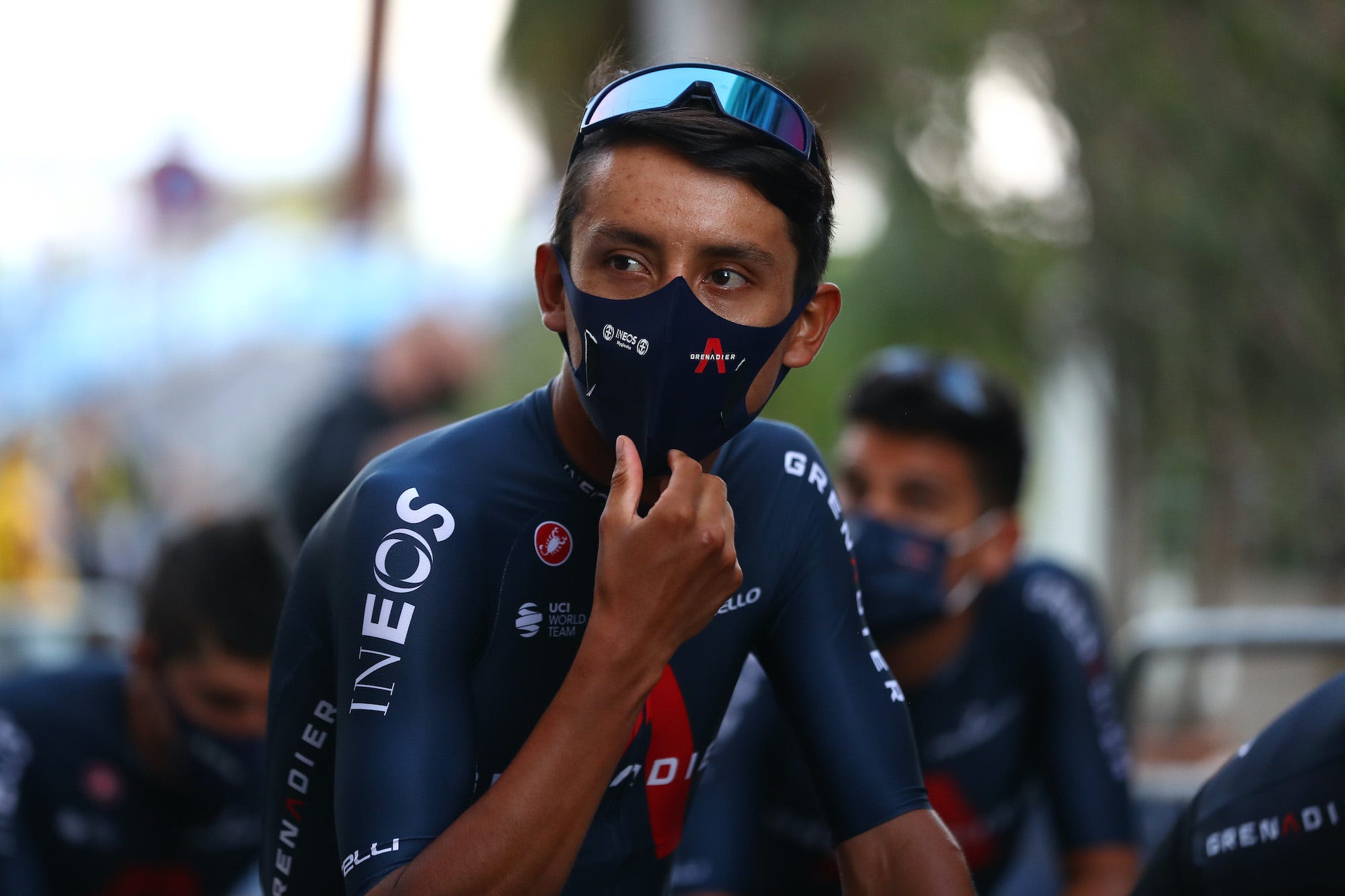 McMahon:This year’s route looks deceptively challenging, with so much climbing throughout.

LeMond: The sport is favouring thinner and thinner riders. People sometimes basically look like they’re anorexic. It’s competitive, but they have got to even it out. They want it really tight, but they’re making it tight for climbers. They have got to have longer, 50-, 70-kilometre time trials. You’ve got to have a guy like Tom Dumoulin have a chance, riders more all around. At least switch it up. For quite a few years it’s been really geared toward climbers.

McMahon: Who do you see as the favourites?

LeMond: With Chris Froome and Geraint Thomas out, you’ve now got all these young riders with Tour de France potential. Egan Bernal has already won it. But you’ve also got Primož Roglič, Thibaut Pinot,Julian Alaphilippe. Roglič is injured, but I think it’s going to be a really tight, exciting race.

You know, nowadays there are some bright stars, good all-rounders. What I love about right now is you’ve got these younger riders, like Remco Evenepoel. There are so many young, 22-, 23-year-old riders. It’s a changing of the guard. And what I like is it’s no longer riders all of a sudden getting good at 28. It’s where you got talent at 18, 19, and you got talent at 25 and 30. It’s really a good sign for cycling. 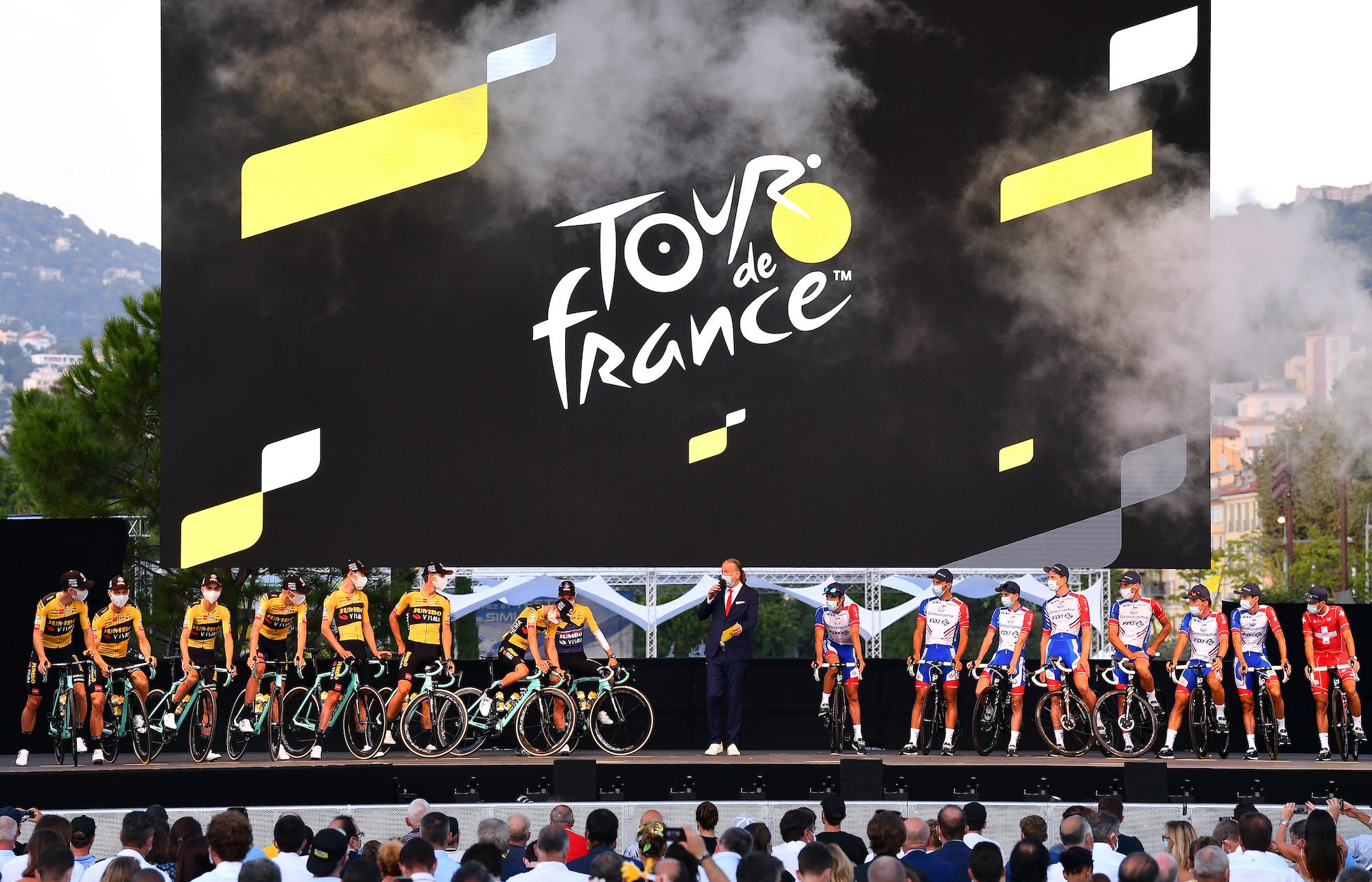 McMahon: Then there’s the American Sepp Kuss, 25, who recently won a stage of the Dauphine and is about to start his first Tour. What do you think of the US riders right now?

LeMond: You’ve got Quinn Simmons and Magnus Sheffield – these guys are real talent. Sheffield is probably the most talented rider we’ve ever produced, maybe even better than me. I’ve been looking at his wattage, and he’s 18. After two years of racing, he’s third in the junior world championships. I don’t know about winning Tours, but stages maybe, and being competitive in big tours.

McMahon: You retired from racing in ’94. What’s really different to you now?

LeMond: Well, versus from the ’90s and the perspective of the 21st century – actually starting about 2013, 2015 – there’s a generation of riders who are not from that past. And the sport’s got a lot more to lose on scandals. There’s the biological passport. And I’ve looked at historical power output of riders. At the top end, there’s still stuff where I go, “I just hope everything’s on the up-and-up.” But if you look at some of the riders going up the climbs, they’re very thin, so I think that’s a really good sign.

I think there was a real issue with the motor doping – a real issue. And I believe it is real, and it’s been in the past. It’s made dramatic changes, but I think that I don’t see that anymore. But I guess what I look at right now is the French riders really have another standard of testing. When I see like a guy like Thibaut Pinot, who publishes all his data – everything – and he’s literally close to winning the Tour, that’s a really good sign.

The radios have changed the sport. I wish they’d go away, because I think it’s part of the cause of a lot of the crashes. I mean, you’re literally doing two or three things at a time. I also think the riders are under a lot of pressure now to perform all the time, which is quite difficult. A lot of these guys do two grand tours, so it’s a very difficult sport. I’ve heard from the inside that it’s gotten to be almost too – I don’t want to say “too serious” – but it’s, you know, there’s not a lot of fun in the peloton. You’ve got guys like Peter Sagan, sure. But I think there’s an error there. Things changed. There is the younger group of riders, who are a lot more open. 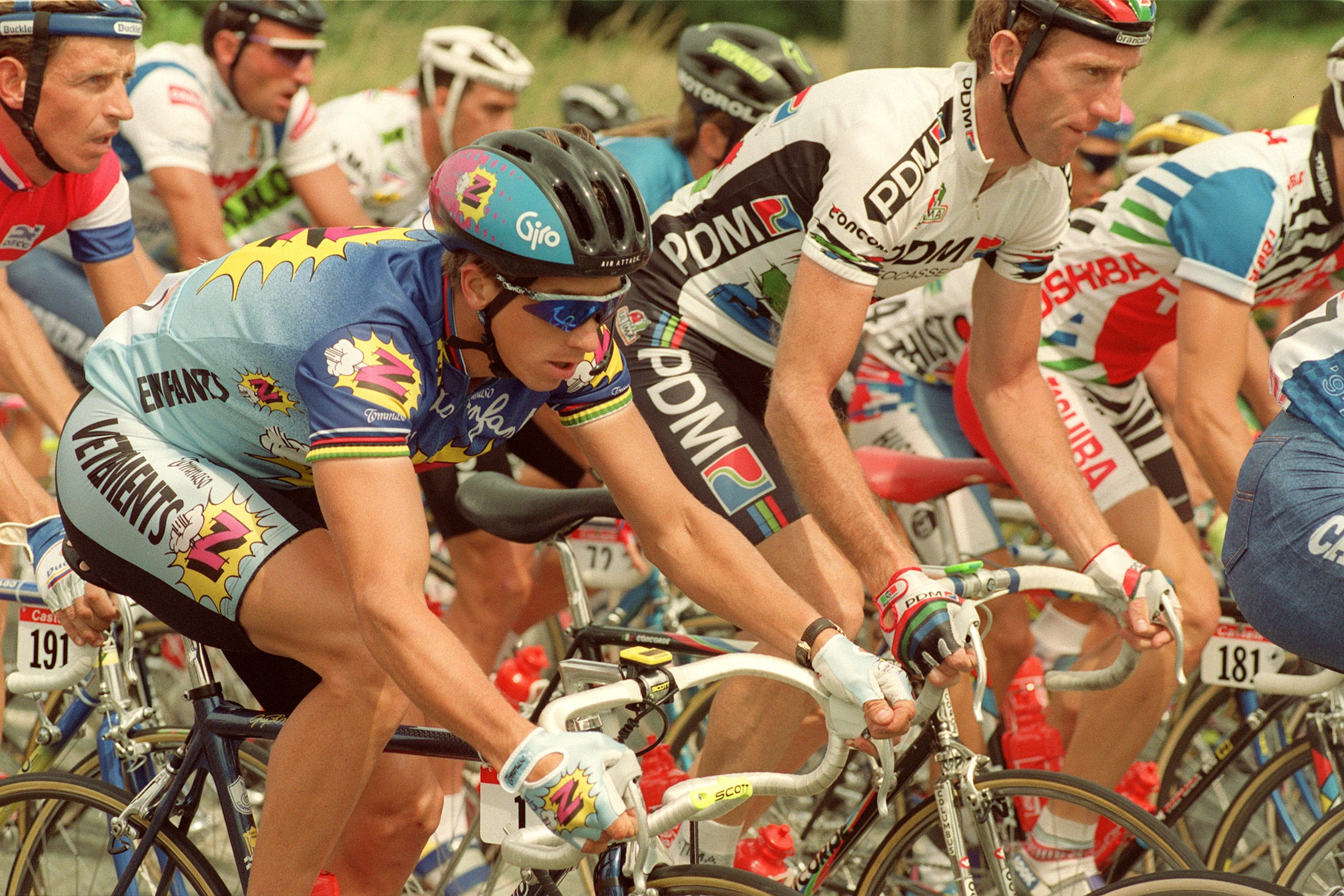 PASCAL PAVANI/AFP via Getty ImagesIn the ’80s and early ’90s, LeMond was the first to ride with a modern helmet, performance sunglasses, time-trial bars, a cycling computer, a heart-rate monitor, a power metre, clipless pedals, and electronic shifting, all now standard.

McMahon: So what do you make of the sport today?

LeMond: I think we’re as good as we’ve been since the ’80s right now, and only because I look at the talent that’s coming out. I mean, if you’re 19 years old and you’re on a drug program right now, you’d have to have some pretty evil people behind you. But when you see these young riders now, it goes back to the historical norm. It’s weird, but I think for a lot of people in cycling, especially in Europe, the ’80s were kind of recognised as maybe the last – what I call – “somewhat clean” era. You know, nothing was ever perfect. But part of it was, like, with racing in the ’90s and all the way to the Sky team, it became less personal, less interaction with the public.

And I have to say, with helmets and glasses – even though I brought them into the sport – haven’t helped in that way. When you look back in the ’70s and ’80s, you see people’s expressions. People want to see that – they want to see suffering. And that’s why, honestly, the last three years, and last year’s Tour, were so exciting, because you’re seeing people wiped out. I mean, there were periods in racing, people got done with a stage, they weren’t even breathing. It was, like, “Oh, I just did a training ride.” That’s not natural.

McMahon: You were the first American to win the Tour. Years later, the US had three Tour winners. Then there were two. Now there’s one again, you. How do you look at your place in cycling history?

LeMond: I’m glad that I won the Tour de France. I would say that it wasn’t my goal to be the only Tour de France winner, because it actually would help the sport if we had more US Tour de France winners. And believe it or not, I’m not the jealous type, at all. I have zero jealousy. That was a nice sound bite that people wanted to use. But I think what’s happened is the correct thing. People who cheat, and really cheat, to win races should not be winners. I mean, they should have them stripped away, and that’s not just the American riders, but that’s any rider. And so it is the way it is. I didn’t have any part in that. If they didn’t lose their Tour de France titles, what would change? I still won three Tours. 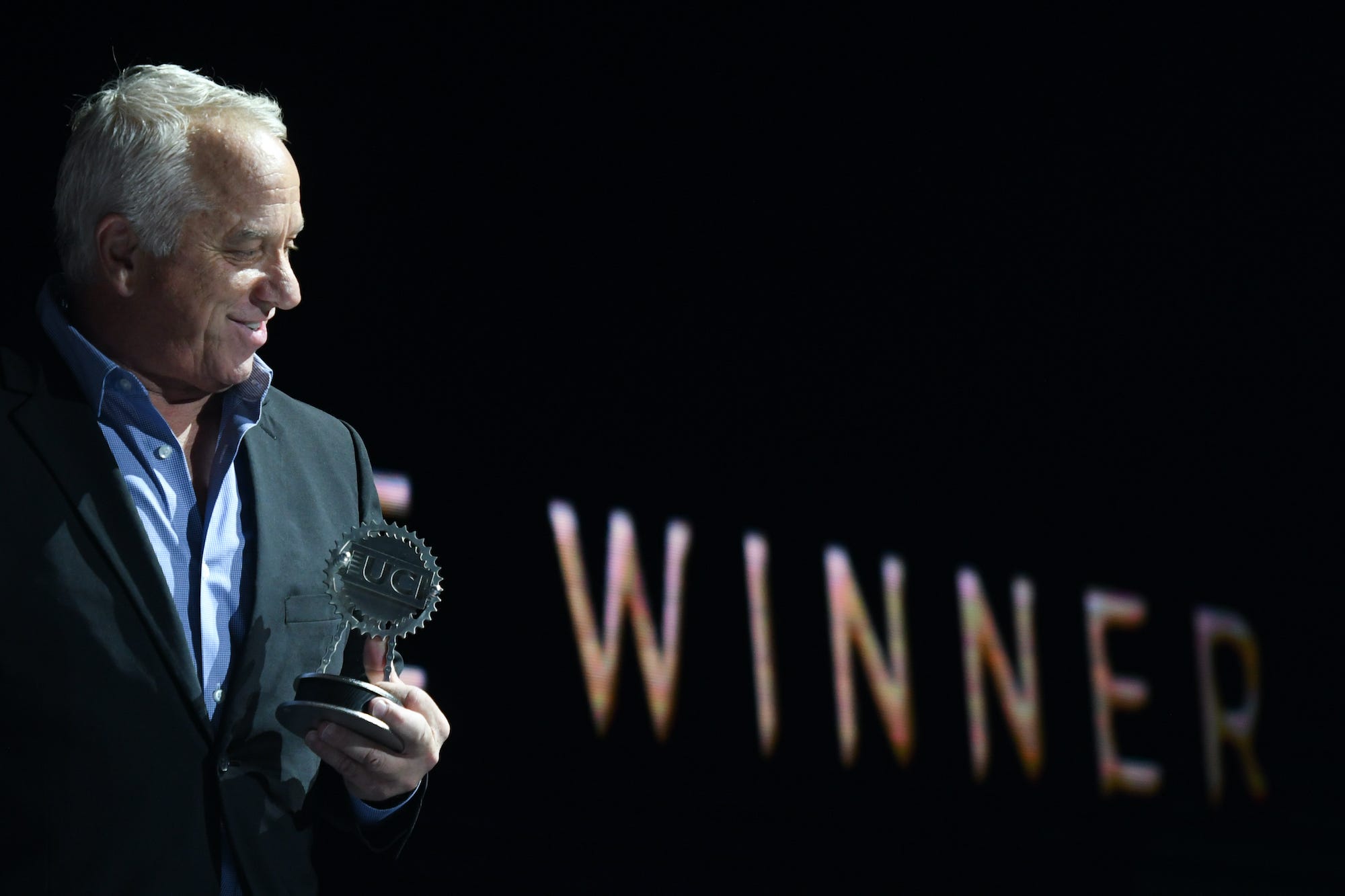 Artur Widak/NurPhoto via Getty ImagesLeMond in China in 2019, receiving the UCI President’s Trophy to celebrate the 30th anniversary of his historic Tour de France–world championship double, achieved in 1989.

I’m just grateful that I had my time at that period in cycling, and I’m grateful because it wasn’t like the ’90s. I didn’t have to make certain choices. And so in a way, when I look back at my career, I got really lucky, because in the ’90s, you’re 19 years old, 20 years old, you love cycling, and they slowly seduce you. I’m glad I never had to make that choice. And that’s always been my goal, to get cycling to where people don’t have to make that choice, they’re not forced to make that choice. They’re not told “You can’t race as a pro cyclist unless you do this.” Nobody should have to face that. And that’s been, since the ’80s, my stance.

I was fortunate I won two races that were very exciting, against Hinault and then ’89. Everybody remembers a close race or a comeback. I’m fortunate I was able to race again, because I when I got shot, two years into it I was ready to quit, and I’m glad I didn’t give up. I’m glad I had the career I had. I’m just grateful for that.