Einstein thought we'd never detect ripples in space-time. But 100 years later, a remarkable experiment is proving him wrong over and over. 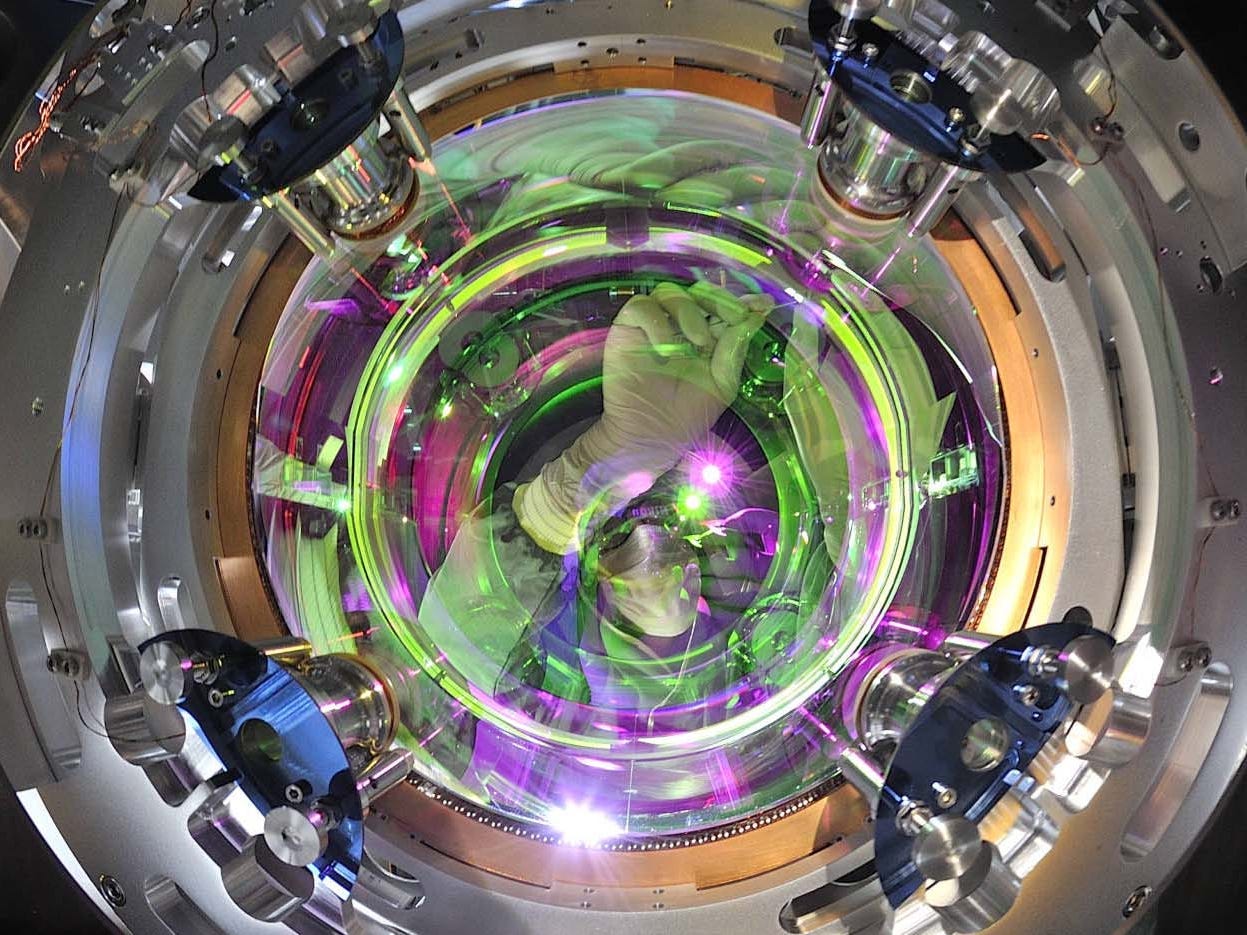 When incredibly massive objects collide violently in space, they send out ripples in space-time that reverberate through the cosmos for billions of years.

Long after the collisions happen, these gravitational waves â€” first theorised by Albert Einstein â€” pass through Earth. Over the last five years, a set of three miles-long devices in Washington, Louisiana, and Italy have been listening for these waves. The two US detectors make up the Laser Interferometer Gravitational-Wave Observatory (LIGO), and their partner in Italy is called Virgo.

Einstein predicted that noise and vibrations on Earth would prevent us from ever being able to detect gravitational waves. But these observatories proved him wrong. Scientists have detected cataclysmic collisions between black holes and neutron stars. They have found black holes that shouldn’t exist. And they have identified the origins of nearly all the universe’s gold, platinum, and silver.

Together, these experiments detected 39 new gravitational-wave events during just six months of observations last year, LIGO and Virgo researchers announced in October. All in all, scientists have now identified likely gravitational waves 50 times.

Here’s how astrophysicists proved Einstein right about gravitational waves and wrong about our ability to detect them.

In 1916, Einstein predicted that collisions of massive objects, like black holes and neutron stars, would produce gravitational waves. 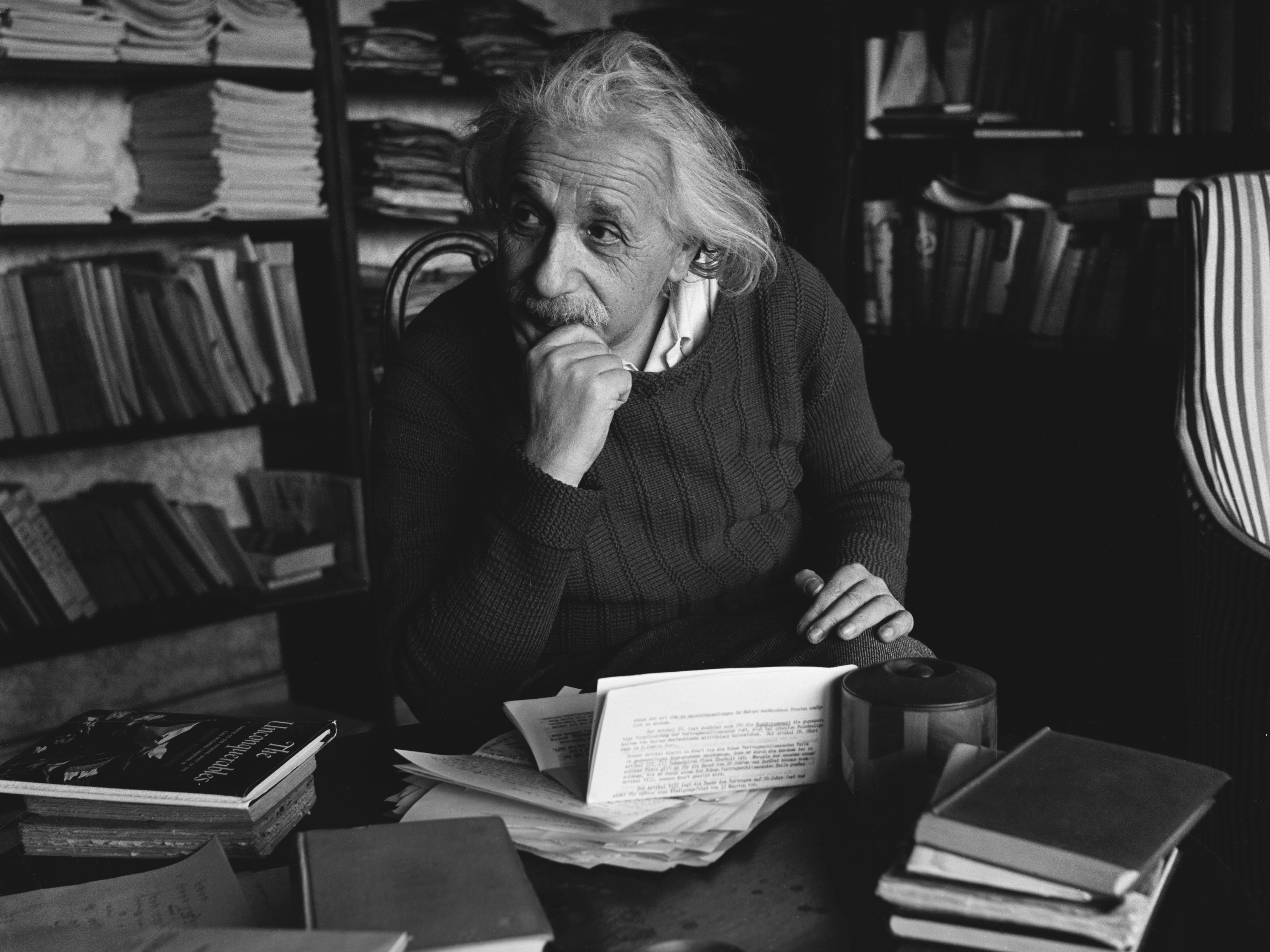 According to his theory of relativity, the sheer mass of these objects – sometimes equivalent to dozens or even hundreds of suns – would bend the fabric of space-time.

When they crash together, such objects should instantly convert several suns’ worth of mass into pure gravitational-wave energy.

The ripples through space-time from such a violent collision would reverberate in every direction, travelling through the cosmos at the speed of light.

The waves could eventually pass through Earth, warping our space and time, but Einstein thought we would never detect them.

They seemed too weak to pick up amid all the noise and vibrations on our planet.

In the late 1990s, researchers built two huge experiments in an attempt to pick up gravitational waves. 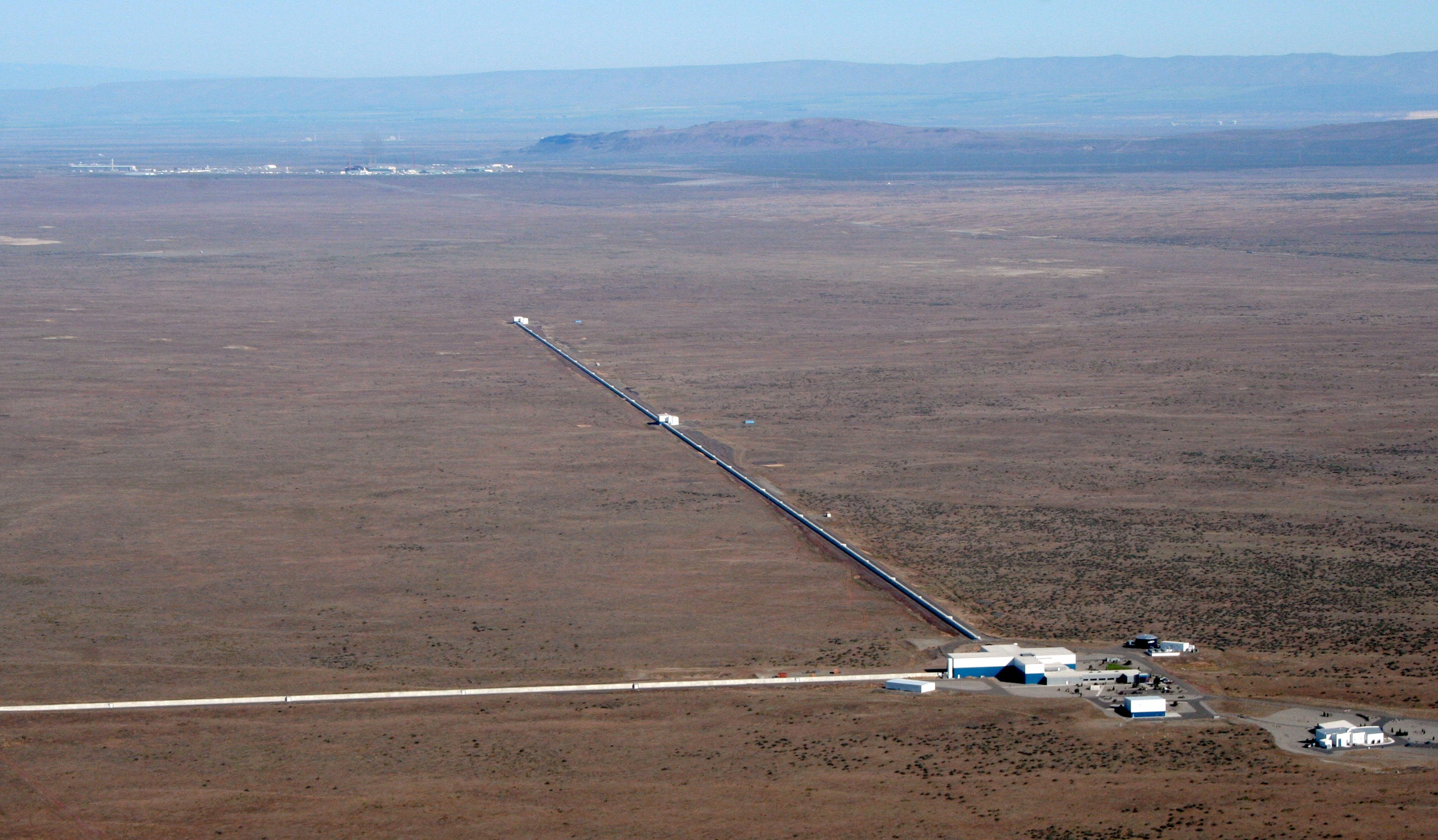 One of the L-shaped detectors was built in Hanford, Washington. Each arm is 2.5 miles long. The other was built in Livingston, Louisiana. Together they compose one observatory: LIGO.

For the first 13 years, there was silence. But then the LIGO detectors sensed their first ripples in space-time, from the merger of two black holes 1.3 billion light-years away. Caltech/MIT/LIGO LabTechnicians inspect the coating of a mirror inside the LIGO experiment.

The discovery proved Einstein right about gravitational waves, opening a new field of astronomy. Three researchers who helped conceive of the experiment earned a Nobel Prize in physics.

LIGO scientists describe these signals as “chirps” because of the sound they make in the data.

The gravitational waves come through as a sound because they cause vibrations. As two black holes and neutron stars get closer to each other, the frequency of the vibration increases, leading to an increase in the pitch of the sound. That what makes the chirp.

Discoveries cascaded from there. In 2017, LIGO and its Italian companion, Virgo, sensed ripples from a merger of two neutron stars. 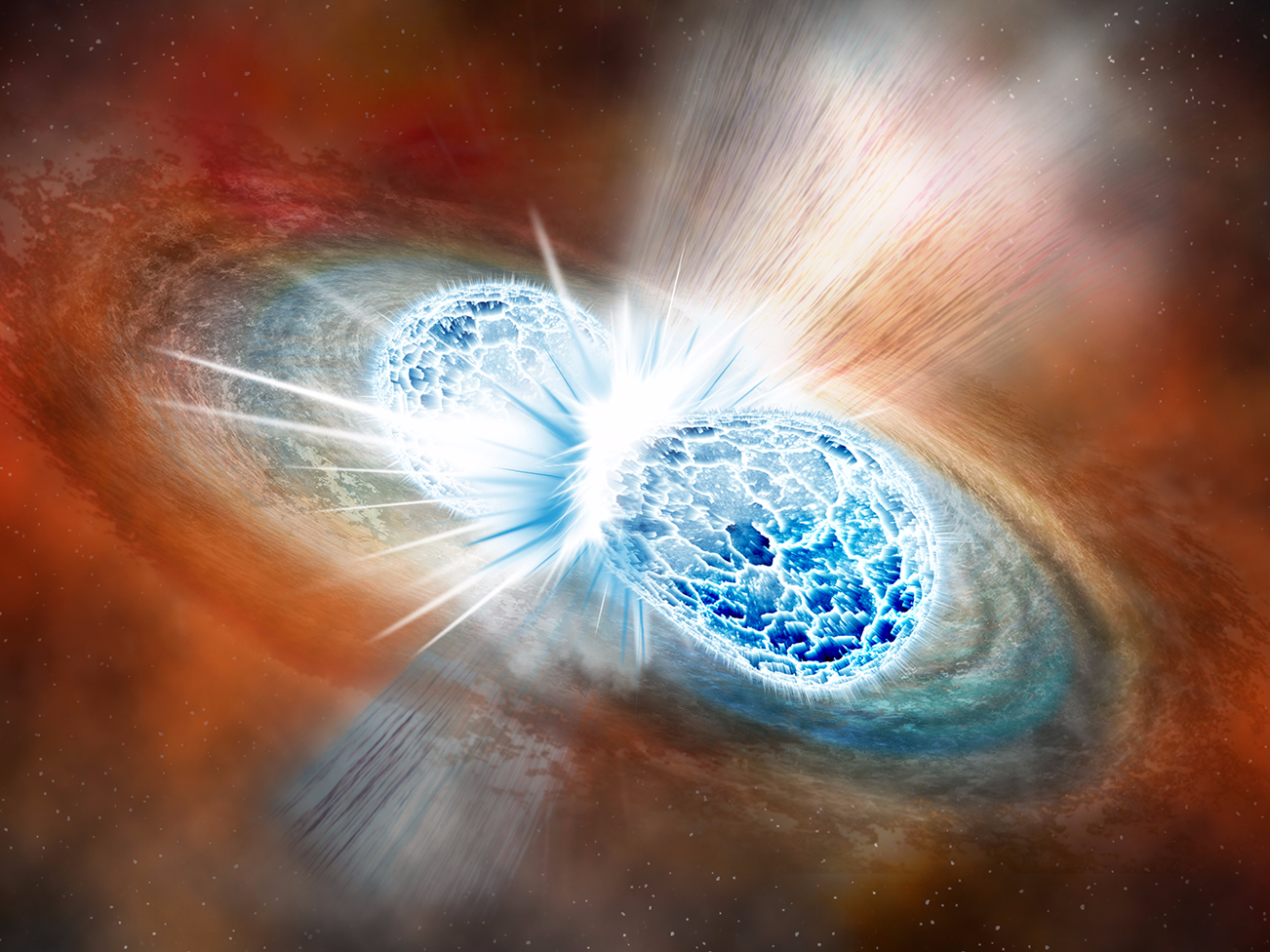 Neutron stars are the super-dense remnants of dead stars. When they merged, they likely formed a new black hole. The cataclysmic collision also forged roughly 50 Earth masses’ worth of silver, 100 Earth masses of gold, and 500 Earth masses of platinum. The bits that escaped the black hole’s gravity could eventually become new planets.

Last year, the observatories detected waves from what appeared to be a black hole swallowing a neutron star nearly 1 billion years ago. 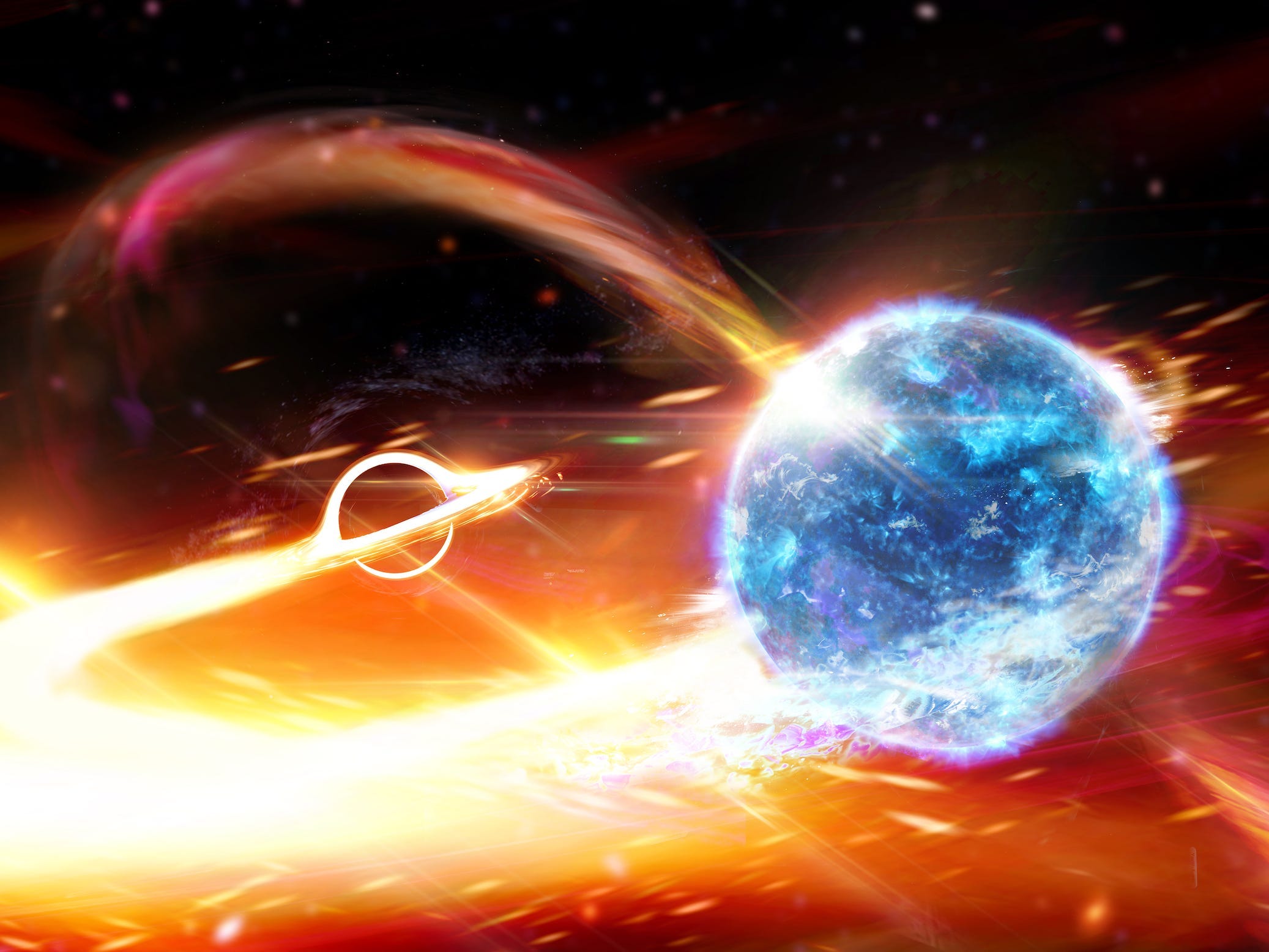 Carl Knox, OzGrav ARC Centre of ExcellenceArtist’s depiction of a black hole about to swallow a neutron star.

LIGO and Virgo use a clever method to detect these waves. First, each detector shoots out a laser beam and splits it in two.

One beam is sent down a 2.5-mile-long tube, and the other down an identical, perpendicular tube.

The beams bounce off mirrors and converge back near the beam splitter.

The light waves from the laser beams return at equal lengths and line up in such a way that they cancel each other out.

As a result, the instrument’s light detector doesn’t see any light.

But when a gravitational wave comes through, it warps spacetime — making one tube slightly longer and the other shorter.

This rhythmic stretching-and-squeezing distortion continues until the wave passes.

When this kind of interference happens, the two light beams no longer return at equal lengths, so they don’t line up and neutralise each other. As a result, the detector records some flashes of light.

A physicist measuring those changes in brightness is thus measuring and observing gravitational waves. 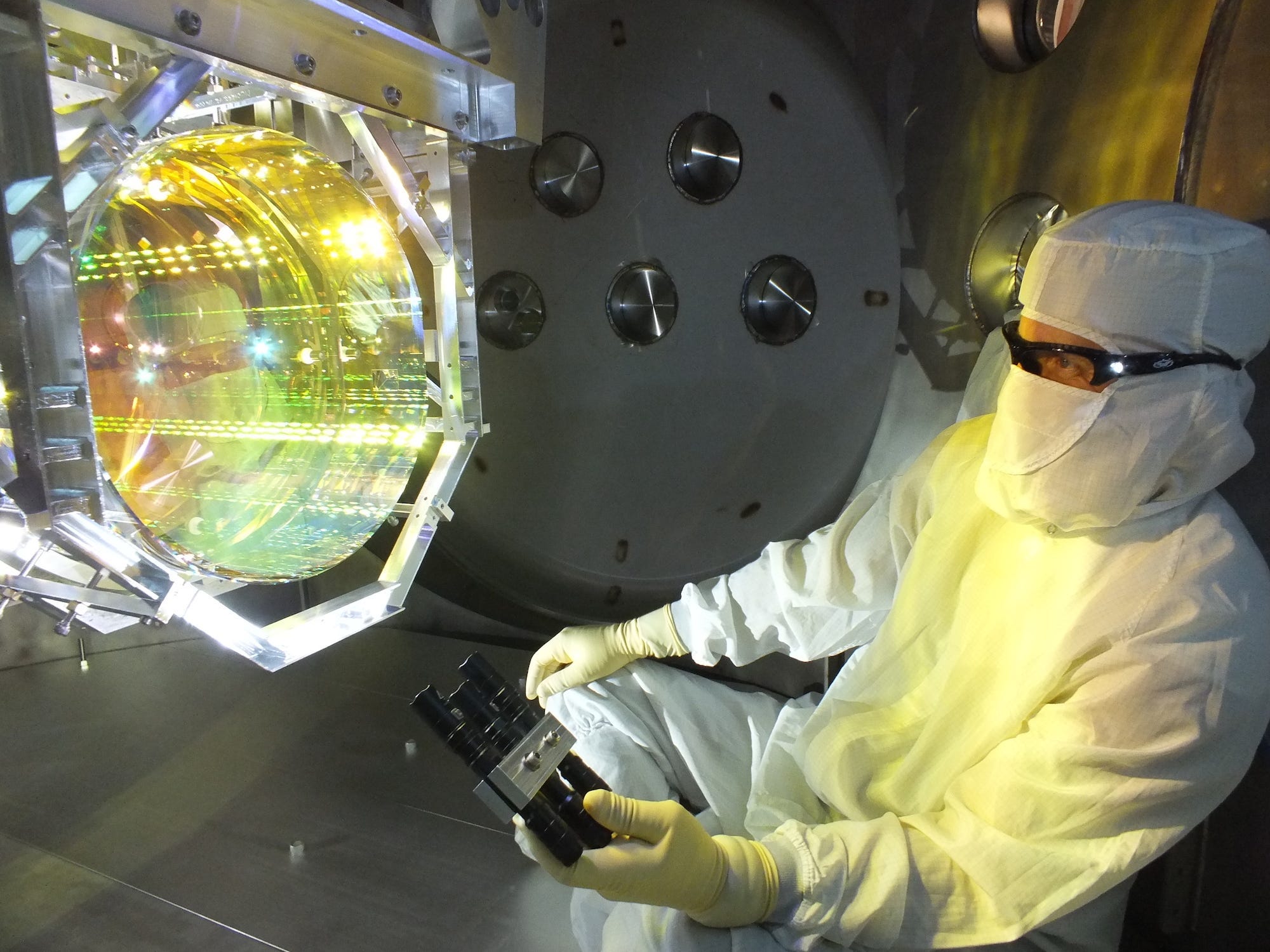 LIGOA technician inspects one of LIGO’s mirrors by illuminating its surface with light at a glancing angle.

This setup is extraordinarily sensitive. When a wave passes by, the arm’s length changes by less than 1/10,000 of the width of a subatomic proton particle, according to the LIGO team.

Scientists can learn about the event that made those waves based on the different arrival times of the two laser beams.

A computer uses the arrival times to calculate how much the detectors’ arms changed length and how quickly they did so. This “interference pattern” helps researchers determine the mass of the objects that made the gravitational waves in the first place (which can in turn indicate what type of objects they are) and how the objects were interacting.

LIGO’s sensitivity leads to a lot of false signals because of passing trucks or gusts of wind. Even movements of atoms in the detector’s mirrors can mimic the signal of a gravitational wave. 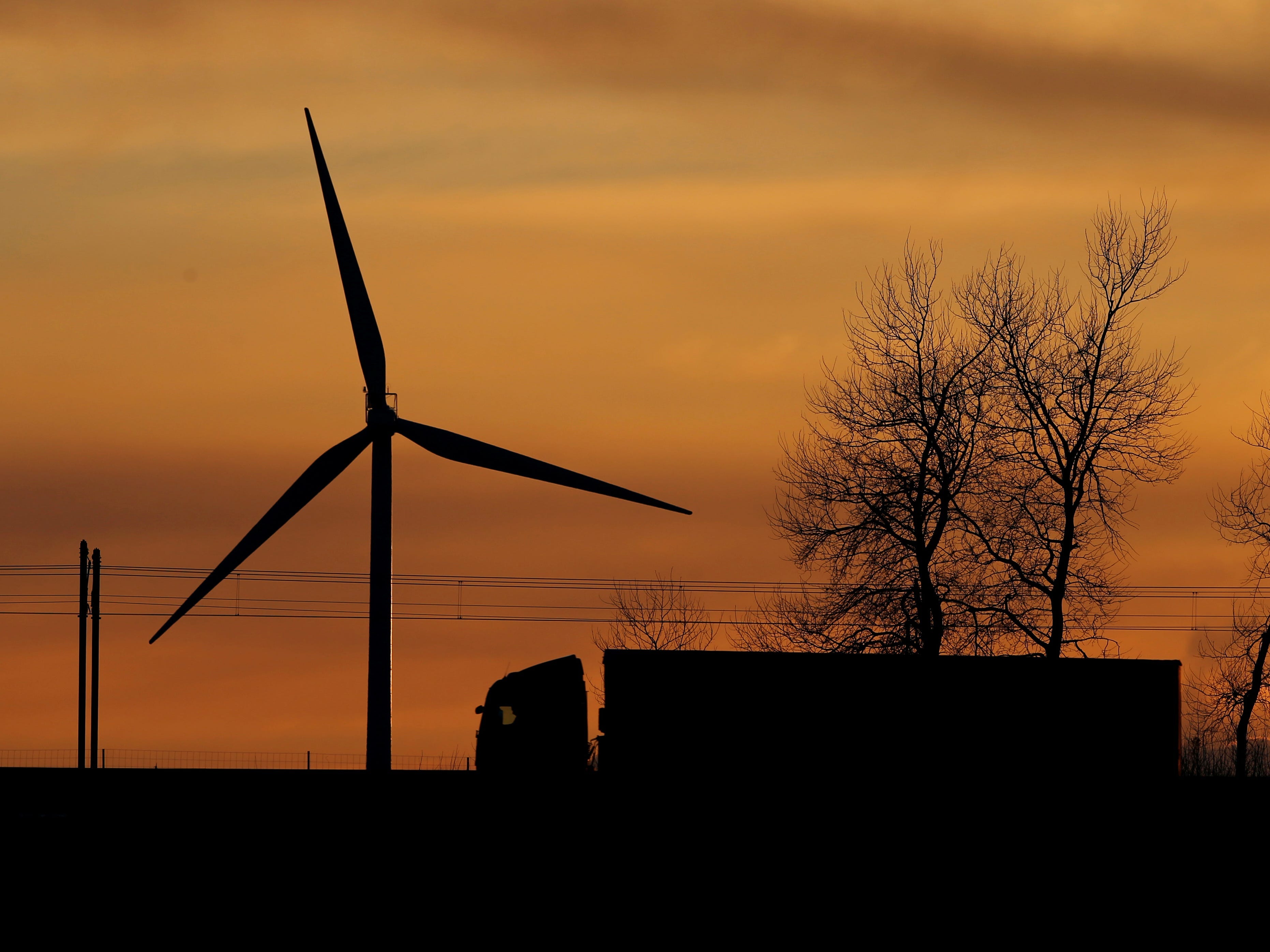 Pascal Rossignol/ReutersA truck drives in front of a turbine in Wancourt, France, April 3, 2019.

That’s why there are two LIGO instruments: If they detect a signal at exactly the same time, it’s likely that a gravitational wave is passing through Earth.

LIGO gets regular upgrades to make it more sensitive and powerful. The latest added a new instrument that squeezes light to reduce false alarms. 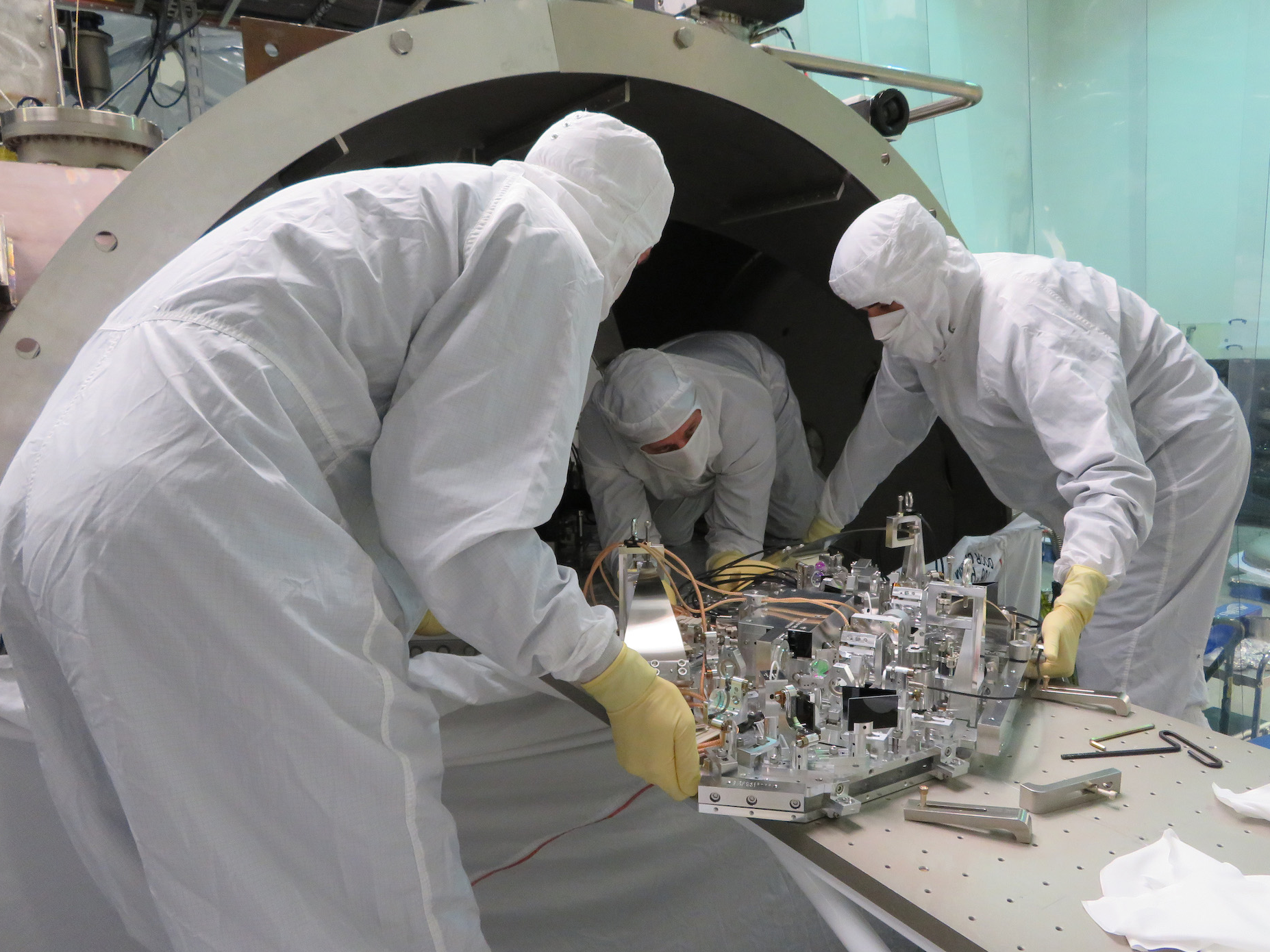 By squeezing particles of light – photons – on the quantum level, the instrument reduces photon fluctuations that can create a crackling sound in the data. Reducing this background noise allows LIGO to sense gravitational waves from sources about 15% farther away.

The squeezer tool allows LIGO to make up to 50% more detections. 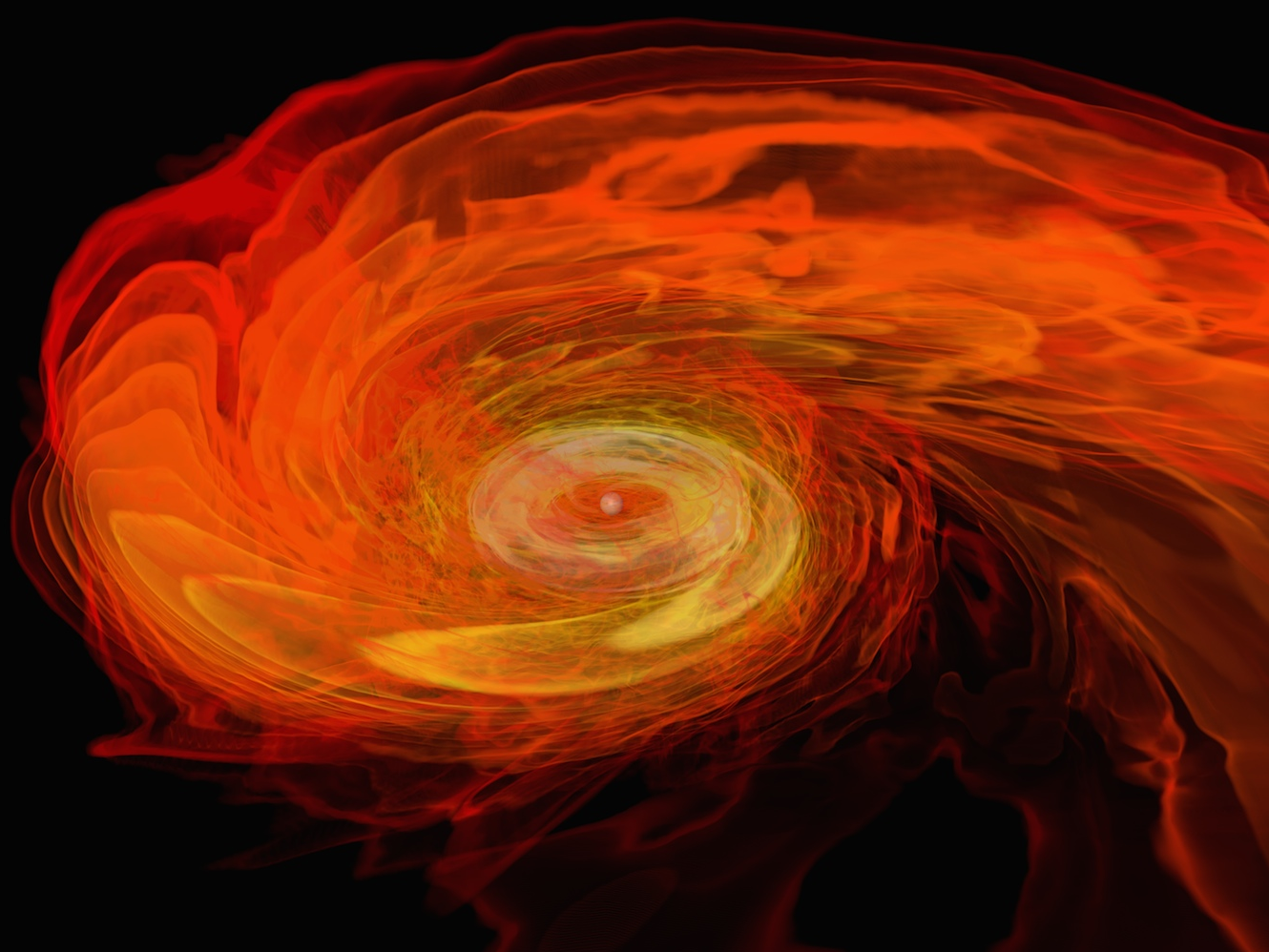 That’s about one event every five days – a record detection rate, and great news for the budding field of gravitational-wave physics.

“We’re getting a richer picture of the population of gravitational-wave sources,” Frank Ohme, who leads a LIGO research group at the Max Planck Institute for Gravitational Physics, said in a press release. “The masses of these objects span a very wide mass range, from about that of our sun to more than 90 times that. Some of them are closer to Earth, some of them are very far away.”

One of the events it detected revealed a type of black hole that physicists thought couldn’t exist. 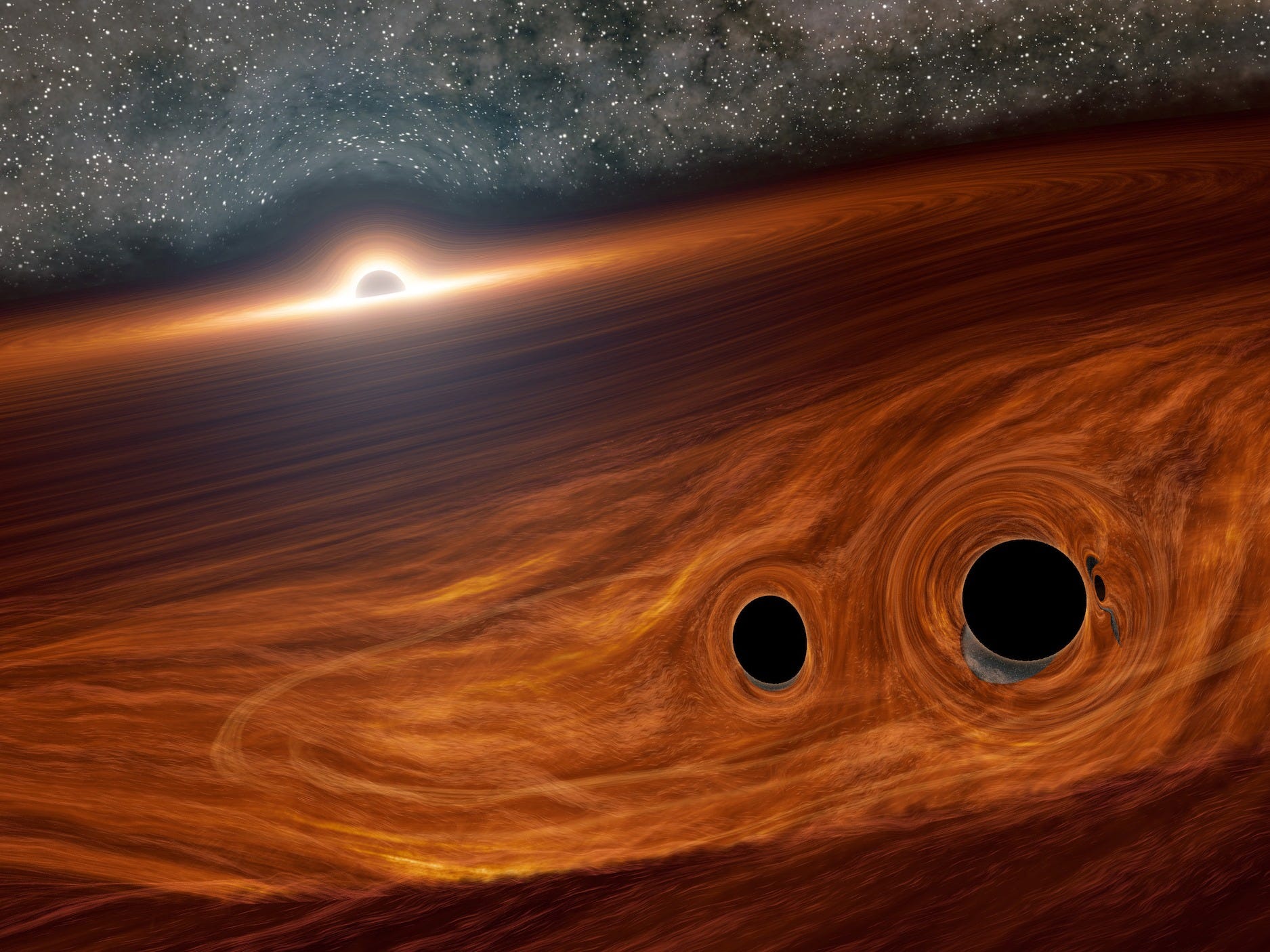 Caltech/R. Hurt (IPAC)An artist’s concept of a supermassive black hole and its surrounding disk of gas, where two smaller, embedded black holes orbit one another.

In that event, two black holes crashed together, one of which was 85 times the mass of the sun. That falls within a size range that many physicists thought impossible.

“This is exactly what I predicted wasn’t there,” Stan Woosley, an astrophysicist who models the deaths of massive stars (the process that creates black holes), told Business Insider. “A big black hole smack-dab in the middle of the forbidden zone.”

His models suggested that stars between about 50 and 130 solar masses should die in a unique type of supernova explosion that annihilates the star, leaving behind no material to collapse into a dense black hole.

“We and a lot of other people will go back and look hard at our assumptions,” Woosley said.

Researchers are still sifting through data from the final five months of their 2019-2020 observations. 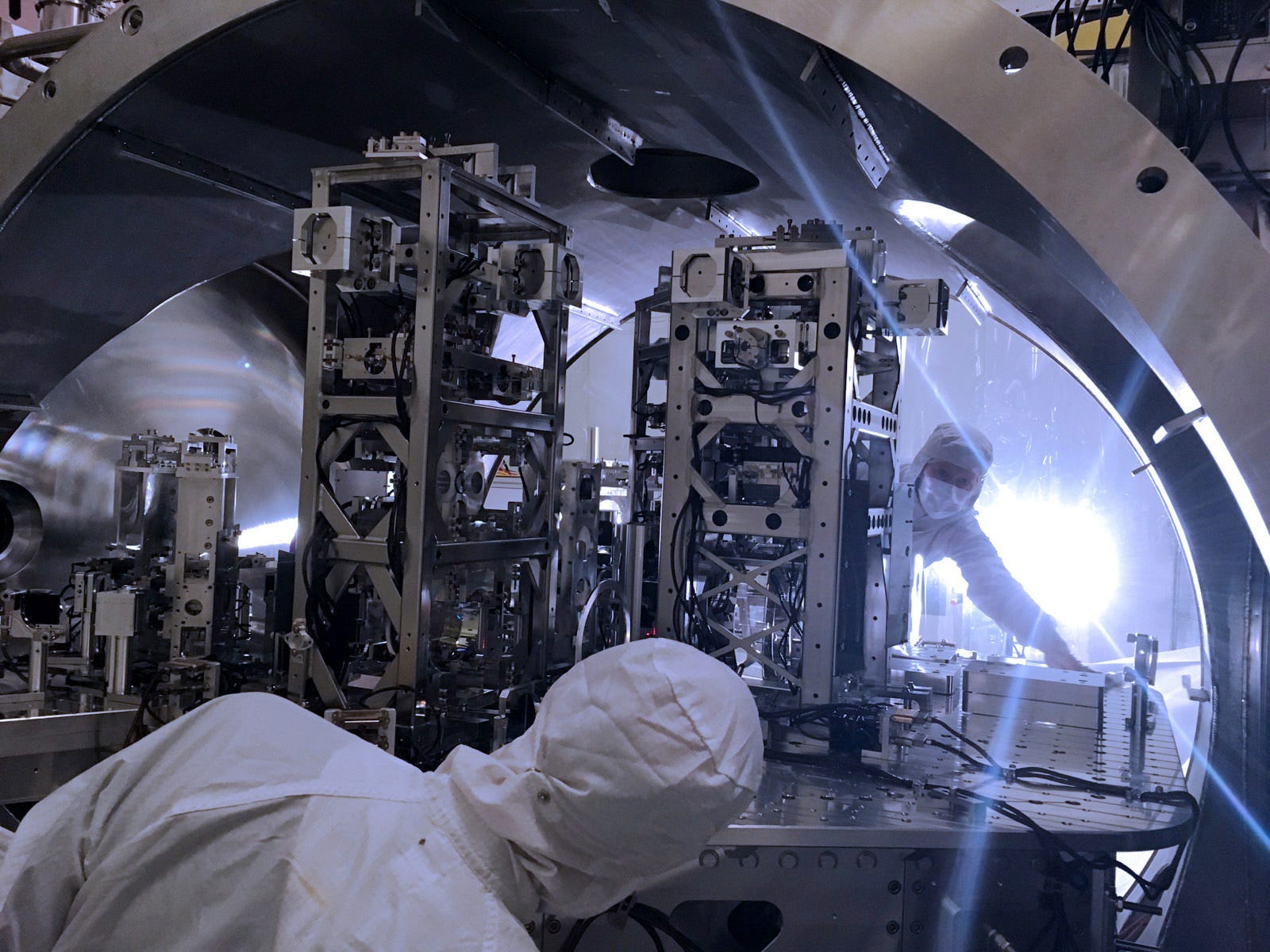 LIGO/Caltech/MIT/Jeff KisselEngineers begin hardware upgrades inside the vacuum system of the detector at LIGO in preparation for 2019-2020 observations.

LIGO cut short its observing run, which was set to last a full year, in March due to the pandemic. KAGRA began its first observations in February, but it’s not yet sensitive enough to detect the gravitational waves that LIGO and Virgo can sense. Scientists and engineers will debug and upgrade KAGRA over time.

Its location in underground tunnels should insulate KAGRA from the background noise of wind and passing vehicles. 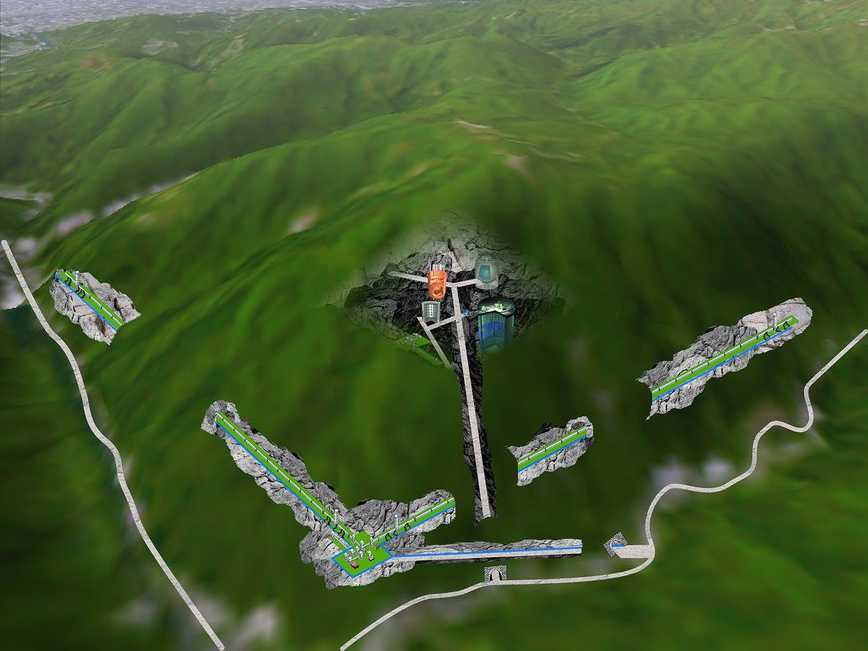 With the Japanese observatory’s help, scientists expect to narrow down the location of distant cataclysms with three times more accuracy.

KAGRA is also the first detector to cryogenically chill its mirrors, reducing false signals from the moving molecules. 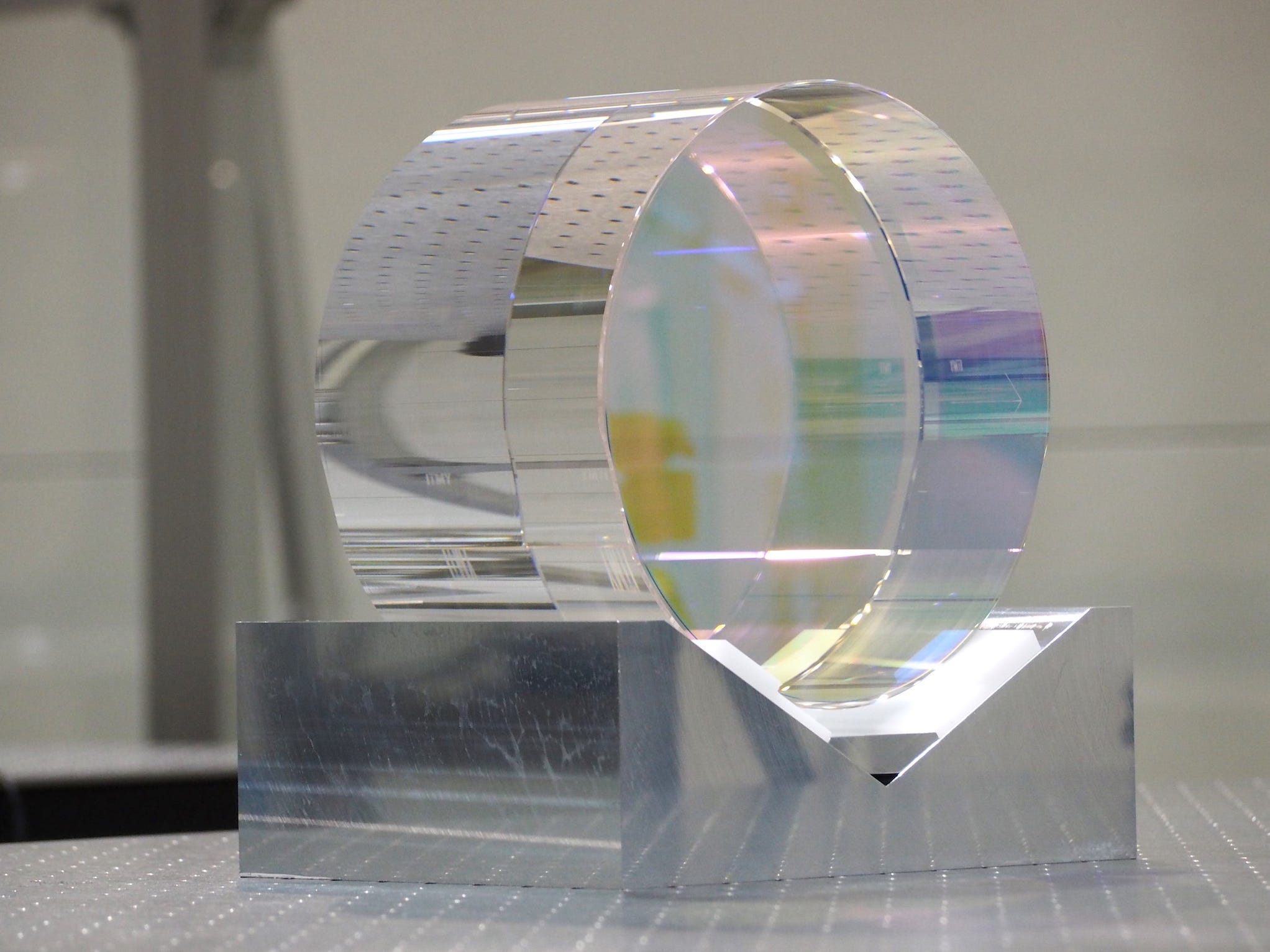 Atoms are always vibrating; the energy of that vibration is what we call heat.

Cryogenics – the use of liquefied gas to achieve temperatures below minus 238 degrees Fahrenheit – can cool the material enough that the molecules almost stop vibrating. 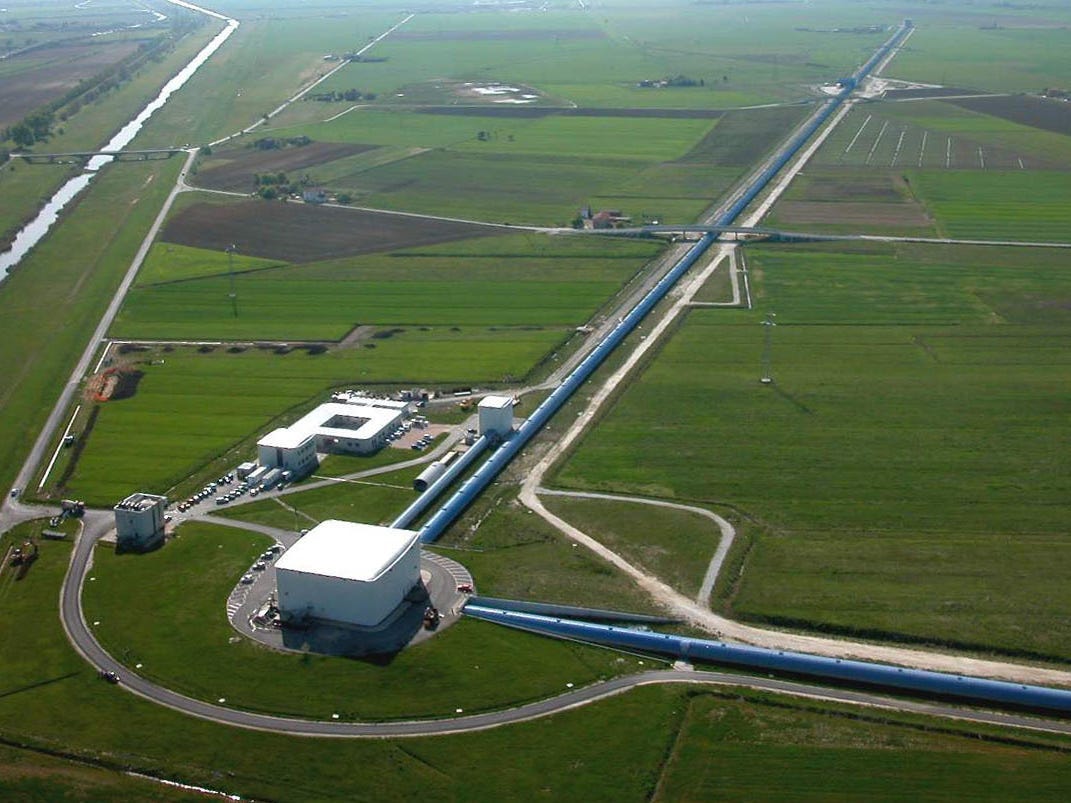 The Virgo Collaboration/CCO 1.0An aerial view of Virgo in the Italian countryside.

That’s because the extra data makes it easier for telescopes on Earth to pin down the collision responsible for the waves.

“The more detectors we have in the global gravitational-wave network, the more accurately we can localise the gravitational-wave signals on the sky, and the better we can determine the underlying nature of cataclysmic events that produced the signals,” David Reitze, executive director of the LIGO Laboratory, said in a press release about the addition of KAGRA.

The new global network could ultimately detect 100 collisions per year, according to LIGO astrophysicist Vicky Kalogera. 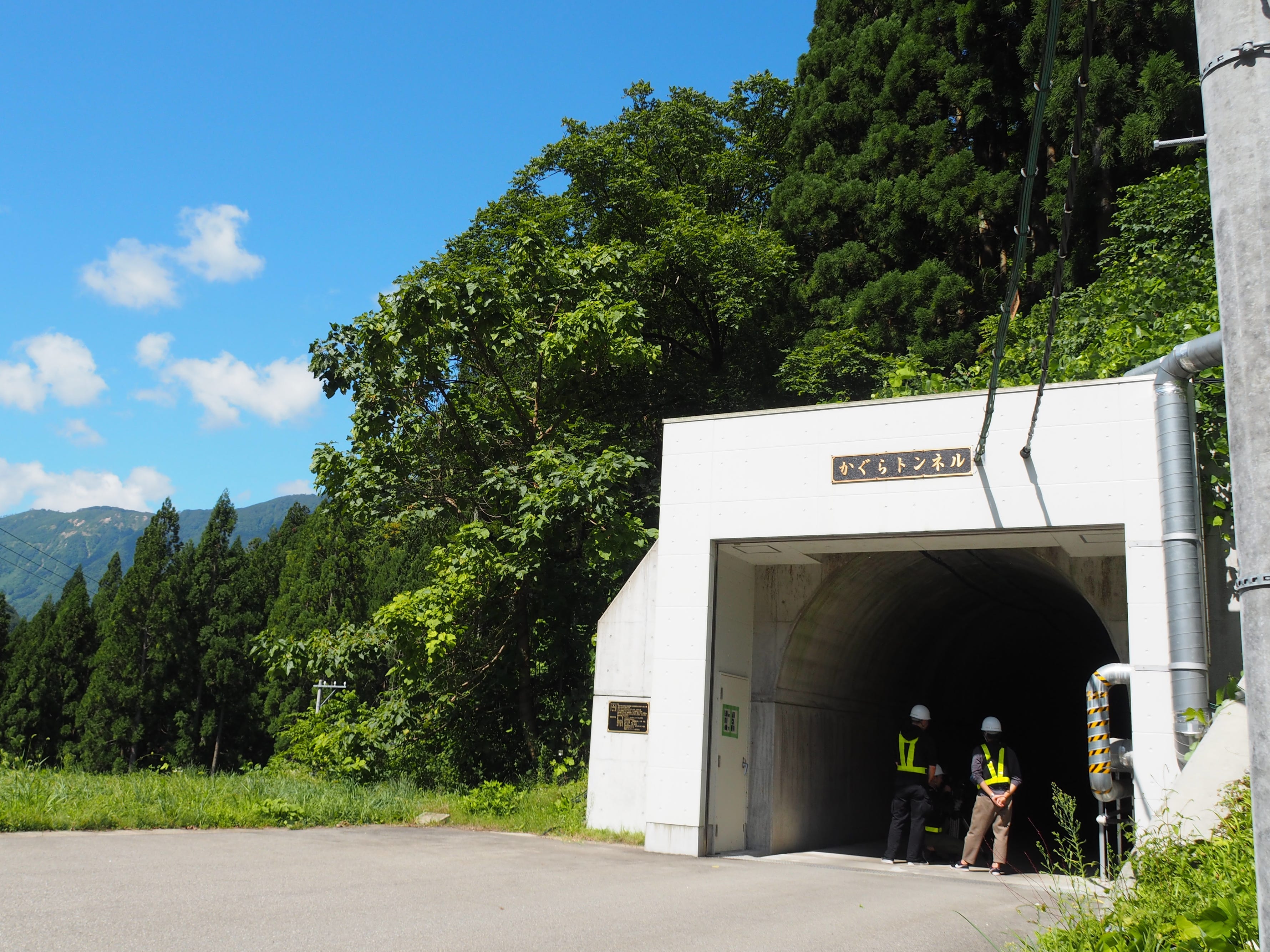 Yet another observatory, LIGO India, is expected to join the network in 2025.

Starting in 2022, LIGO, Virgo, and KAGRA are set to spend a year listening for gravitational waves together. 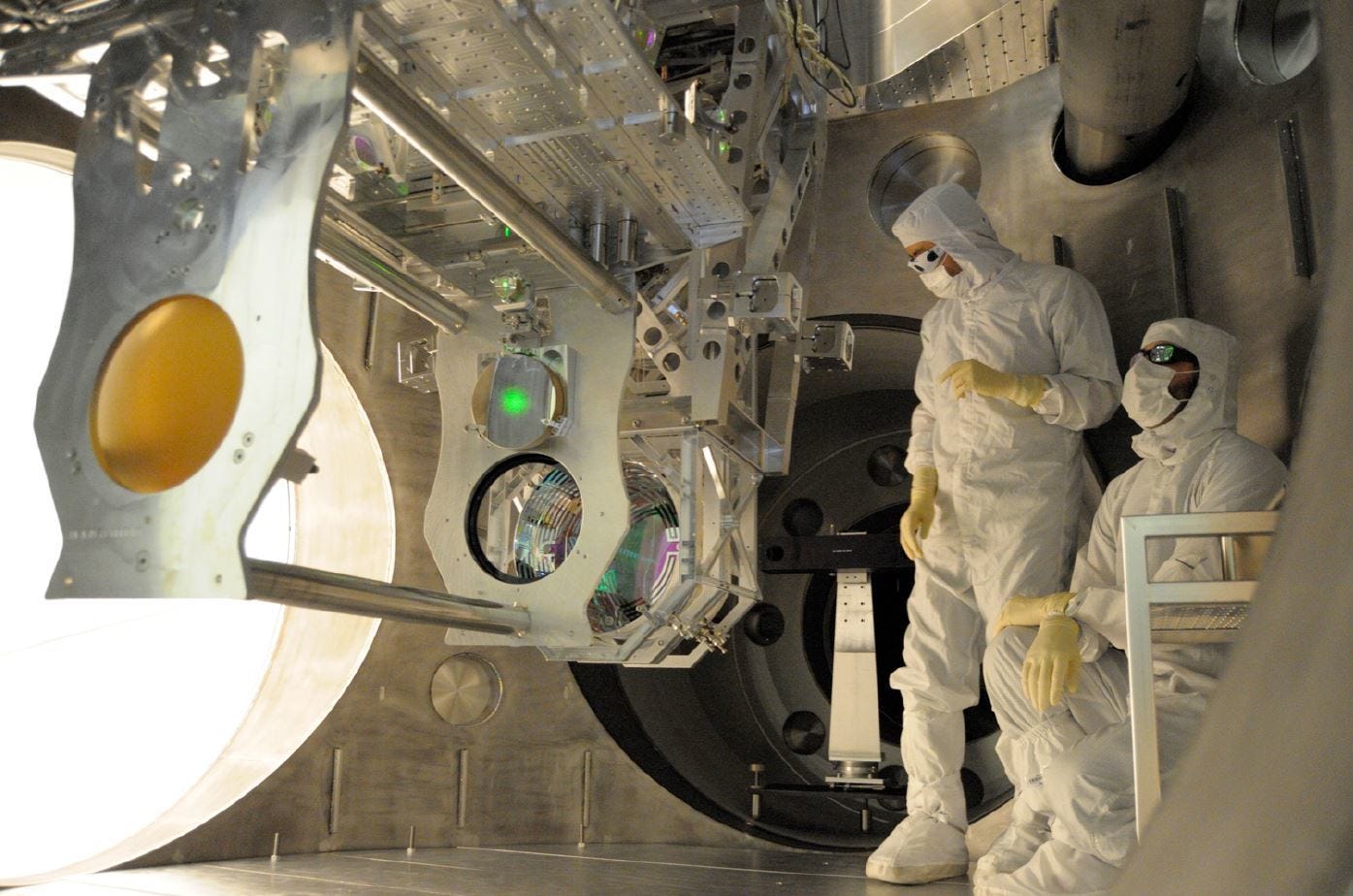 “Merging black hole and neutron star binaries are a unique laboratory,” LIGO astronomer Christopher Berry said in a press release about last year’s discoveries. “As our detectors improve, the rate of discovery is only going to accelerate.”