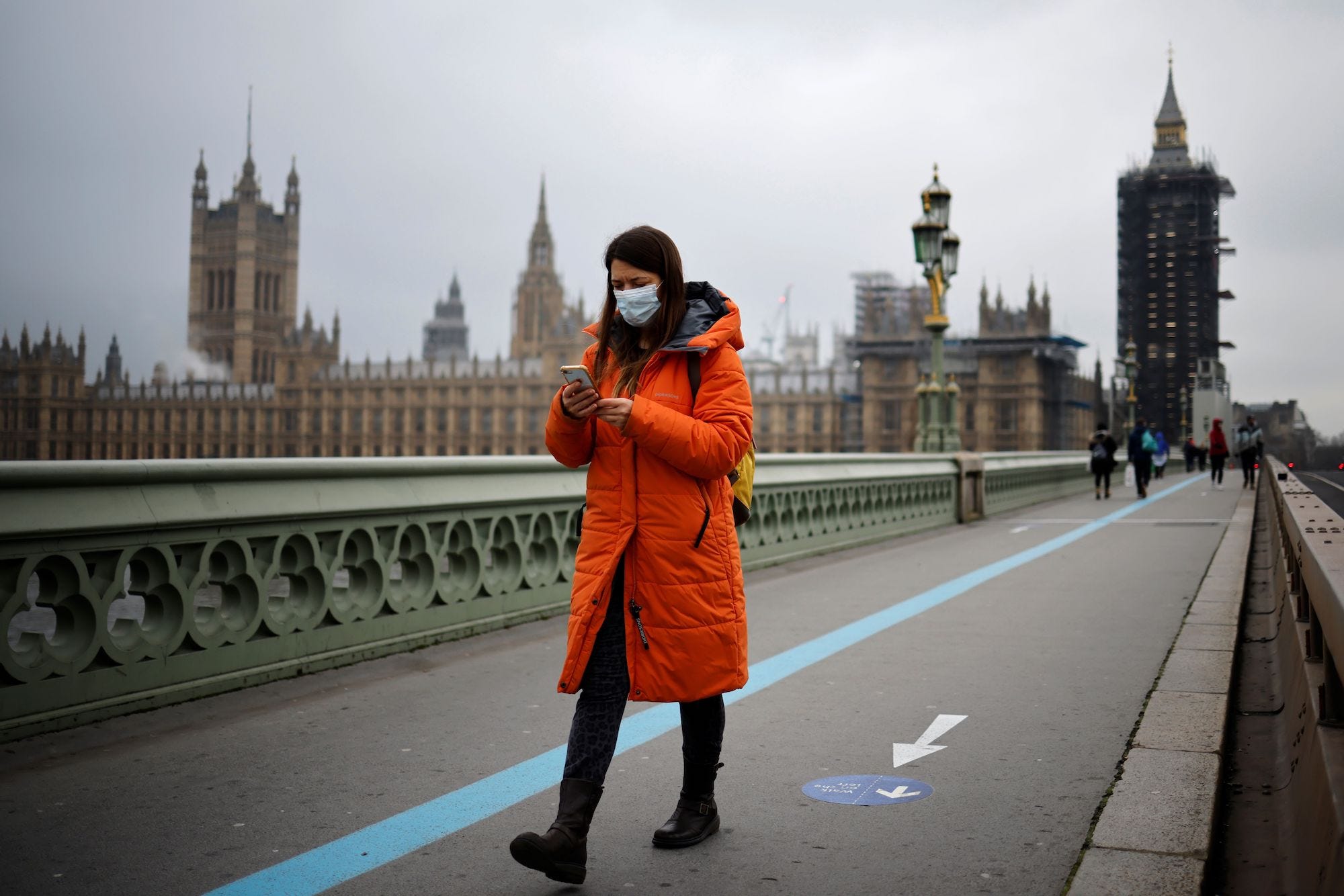 TOLGA AKMEN/AFP via Getty ImagesA pedestrian on Westminster Bridge in London on January 8 as England entered a third lockdown.

The total number of people who have ever tested positive for the novel coronavirus in the UK has risen by 70% in roughly four weeks, according to government stats.

From that date to this week, the country’s number of daily positive tests roughly doubled, per the UK government, as the total number of positive tests increased to 3,164,051 from 1,869,666.

The new variant, which includes several mutations, is thought to be 30% to 50% more contagious than other forms of the virus, according to estimates from Public Health England. Precisely what makes B.1.1.7 more contagious is not yet known.

The variant has been found in multiple US states, including New York, Florida, and California. Experts believe it has been circulating in the US for several weeks.

The figures reported in the graph include people testing positive from nasal swabs that go to the lab as well as from the quicker lateral-flow tests. It is not clear from the data set how people who tested positive more than once were counted.