A number of government officials and staff members at migrant children’s shelters sought to warn their superiors about the devastating impact family separation was having on children in the spring of 2018 but were met with indifference and even mockery, according to a newly released watchdog report.

The report from the Department of Health and Human Services’ inspector general reviewed the agency’s handling of the children in its care while President Donald Trump’s zero-tolerance policy was in place.

During that time, thousands of migrant families who crossed the border illegally were separated, with children being scattered to shelters across the country while their parents were kept in detention or even deported.

The inspector general’s report described an atmosphere of confusion and miscommunication at the Office of Refugee Resettlement, an agency within HHS that oversees migrant children in government custody.

The report quoted the agency’s former deputy director for children’s programs, who said he raised the alarm in late 2017 that far more children were being separated from their parents than was normal – and that the children were incredibly young.

“I said ORR was seeing much higher levels of separation, and that those separations were impacting particularly babies and young children,” the former official said. “I said this so many times that I was called a broken record.”

Staff found that unlike unaccompanied children, many of the separated children had no idea where they were, why they were in government care, or where their parents were.

According to the inspector general’s report, and many other news reports at the time, the separated children exhibited fear, anxiety, and post-traumatic stress.

The report described one 11-year-old child whose parents proved difficult for shelter staff to track down. Though staff tried daily to call the detention centre where the parents were held, they never got through. The child cried every day, the report said.

“I told them it was going to traumatize children to separate them unnecessarily,” on ORR staff member said, according to the report. “I said that to anyone I could.” 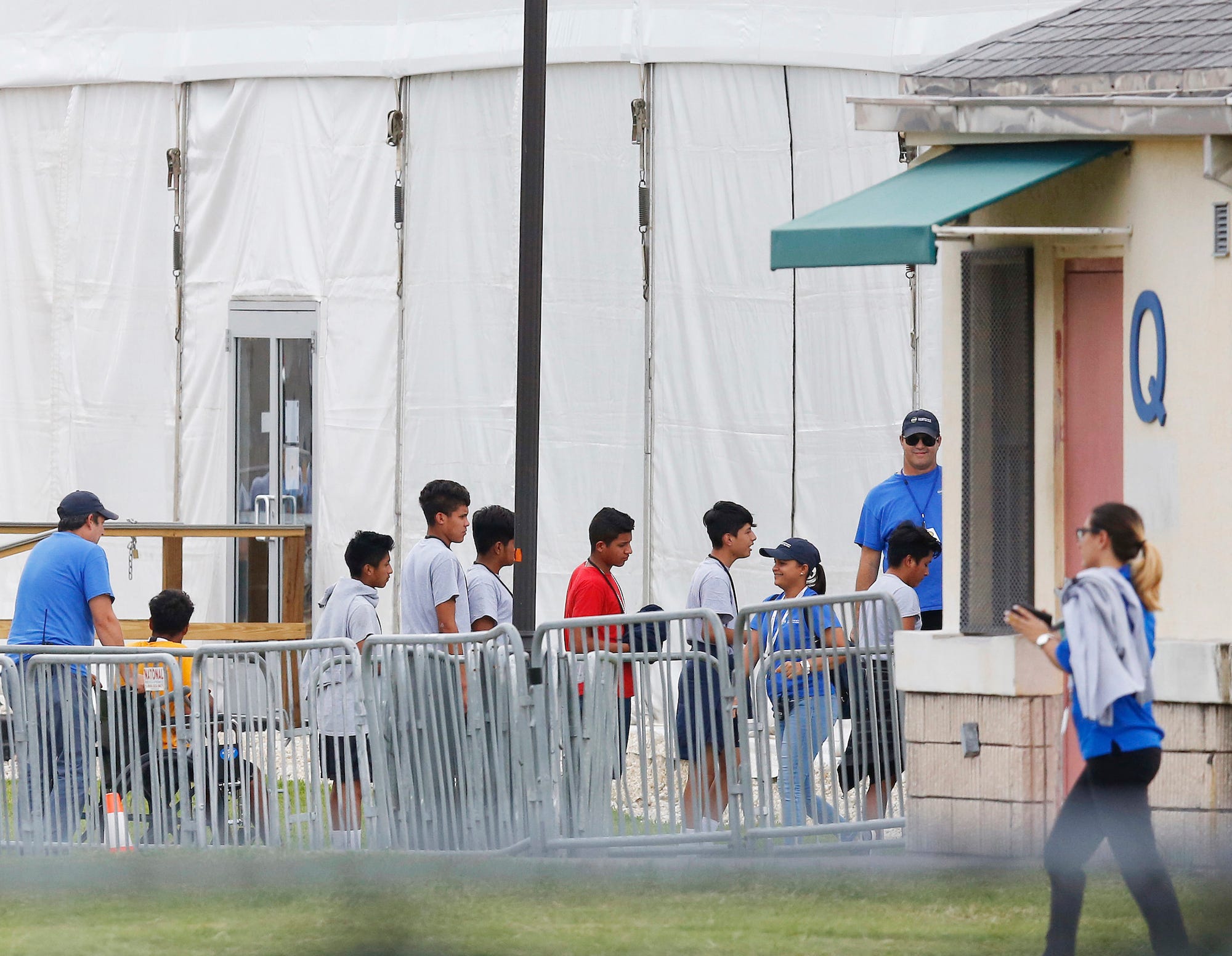 Associated Press/Brynn AndersonImmigrant children walk in a line outside the Homestead Temporary Shelter for Unaccompanied Children a former Job Corps site that now houses them, on Wednesday, June 20, 2018, in Homestead, Fla.

The report said the ORR deputy director elevated his concerns about family separation up the chain of command, noting that there was not enough bed capacity to accommodate the children, and that the practice of family separation was “inconsistent” with the agency’s responsibility to protect children.

The report said the top officials to whom the deputy director raised his concerns did not recall any discussions of child welfare concerns related to the family separations.

Ultimately, Trump halted the zero-tolerance policy in June 2018 and a federal judge ordered that all families separated under the policy be reunited.

But the American Civil Liberties Union, which sued the Trump administration over the policy, has argued that separations at the border have continued on a smaller scale. The organisation has estimated that some 5,400 children have been separated at the border since July 2017.