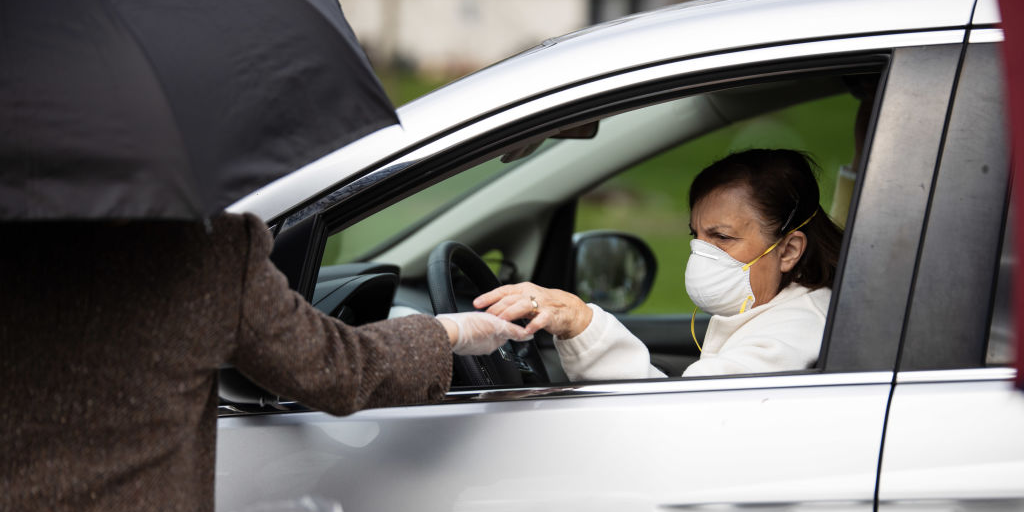 Ohio Gov. Mike DeWine said Sunday that his order for the state’s retail customers to wear face masks was “too far” after he was criticised for it and walked back the rule one day after announcing it.

DeWine said on ABC’s “This Week” that he was standing by orders that employees working during the novel coronavirus pandemic in the state would have a face mask but has since backed off ordering customers to also wear masks.

“It became clear to me that that was just a bridge too far,” DeWine told host Martha Raddatz. “People were not going to accept the government telling them what to do.”

Though he “pulled that back,” DeWine said he maintains that wearing masks in public “is highly recommended for most people unless you have a physical reason” because “it’s the kind thing to do” to prevent the chance of unknowingly infecting to retail workers.

"It became clear to me that that was just a bridge too far. People were not going to accept the government telling them what to do." https://t.co/KUQPYmxrRD pic.twitter.com/qBiBq4PYMm

Raddatz then pointed to data collected by ABC showing a partisan divide along how Americans respond to the pandemic, specifically that Democrats are more concerned with contracting the virus while Republicans are twice as likely to eat at a restaurant, work out at a gym, and get a haircut.

“Generally, Republicans are less inclined to have the government tell them what to do,” DeWine said. “That’s generally how I am.”

Despite some standing orders for ongoing safety practices, DeWine said “we’re starting really pretty aggressively to phase business back in” as the state is set to begin reopening some businesses on May 4, along with some other states.

"Generally, Republicans are less inclined to have the government tell them what to do, and that's generally how I am," Ohio Gov. Mike DeWine tells @MarthaRaddatz when asked why he thinks there's a partisan divide on response to COVID-19. https://t.co/KUQPYmxrRD pic.twitter.com/Z1wupbkd4u

The state’s manufacturing and construction businesses are set to start up on May 4 and retail stores are scheduled to open their doors on May 11.

Ohio has recorded more than 19,000 coronavirus cases, and at least 1,000 deaths. Officials have pushed for businesses to begin reopening after a brief downward curve in new infections and deaths, even though it does not satisfy the federal guideline of a 14-day downward trend in the number of new coronavirus cases.