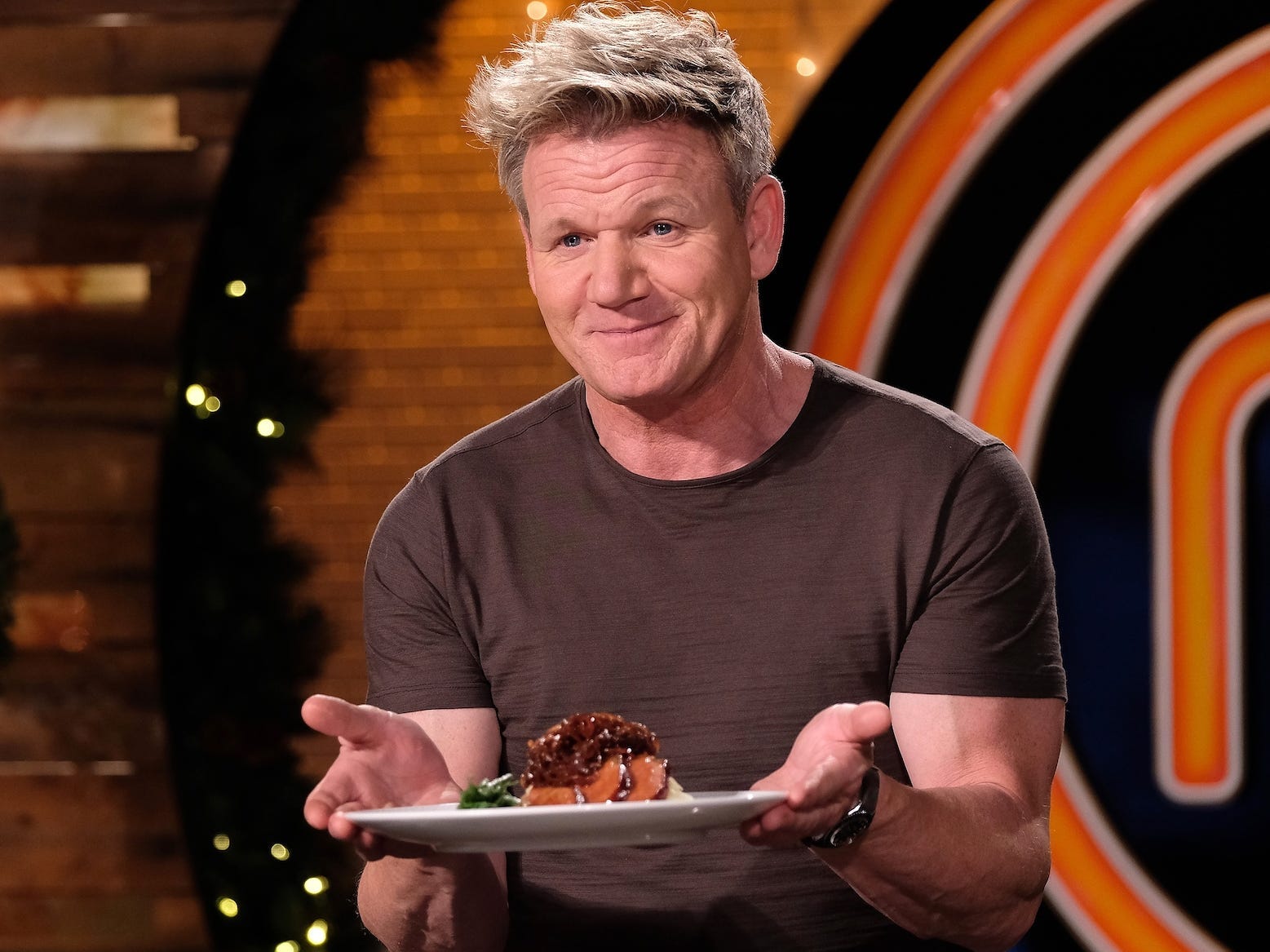 FOX Image Collection via Getty ImagesGordon Ramsay hit back at a critic of his new English breakfast dish, calling them an ‘idiot sandwich.’

Gordon Ramsay has been having a blast roasting people’s home-cooked meals â€” including his own daughter’s â€” on TikTok.

But the Michelin-starred chef got a taste of his own medicine this week as people took to Twitter to criticise his new dish.

Ramsay proudly posted a video of “the most amazing Full English” that he’ll be serving at his restaurant Savoy Grill in London.

The most amazing Full English…. can’t wait for you to try it from 21st September at Savoy Grill ! @GordonRamsayGRR pic.twitter.com/zmJ4OFwa64

The Â£19 ($US24.45) dish features two eggs, a few slices of bacon, one portobello mushroom, one grilled tomato, one link of pork sausage, and a gravy boat of baked beans.

Savoy Grill’s menu describes the dish as “a quintessentially British breakfast,” but many on Twitter didn’t seem to agree.

Even I know this is a joke and I am American

Many of Ramsay’s followers asked “where’s the rest of it?” and noted that full English breakfasts are usually known for their large portions.

Others listed other traditional full English ingredients that Ramsay’s dish was missing, including hash browns and black pudding. While additional sides can be ordered with Ramsay’s dish, they each cost Â£5 ($US6.43) per piece.

1 sausage? American style bacon? No beans? No black pudding? Green stuff? No fried bread or toast? Not even a choice of hash or bubble? I’m Welsh & I know that’s not a full English. Where’s the mug of tea?

A number of Ramsay’s followers shared their own recent full English breakfasts to show just how different they were compared to the chef’s version at the Savoy Grill.

Call that a full English, more like a small, here is my brunch from this morning pic.twitter.com/ax0neTD2zV

Nothing full about that and probably extortionately priced. Try some honest local cafes instead son pic.twitter.com/HEYmSWNyD7

But in typical Ramsay fashion, the “MasterChef” star didn’t let all the criticism slide. Instead, he unleashed his famous “idiot sandwich” comeback.

“Idiot sandwich” is a phrase that Ramsay famously coined in a parody of his show “Hell’s Kitchen” for an episode of “The Late Late Show with James Corden” in 2015.

The clip was an internet sensation and “idiot sandwich” quickly became a popular meme on Twitter.

“That is not a sandwich,” Ramsay exclaims in the clip. “No, that is not a low-carb sandwich. Young lady, that there is an idiot sandwich!”

While Ramsay’s “Full English” may sound expensive for a breakfast dish, it’s in line with the other prices at Savoy Grill â€” which bills itself as the “very definition of gourmet glamour.”

The iconic restaurant â€” which has been open at the five-star Savoy Hotel since 1889 â€” has served everyone from Winston Churchill to Marilyn Monroe.

This month marks the first time that the restaurant has ever offered breakfast, with a menu that ranges from Â£4 ($US5.50) toast with butter, Nutella, or preserves to Â£39 ($US50.17) eggs with poached lobster tail, caviar, and hollandaise.

Savoy Grill has been closed for months due to the pandemic, but is reopening its doors again on September 21.

Representatives for Savoy Grill and Gordon Ramsay did not immediately respond to Insider’s requests for comment.