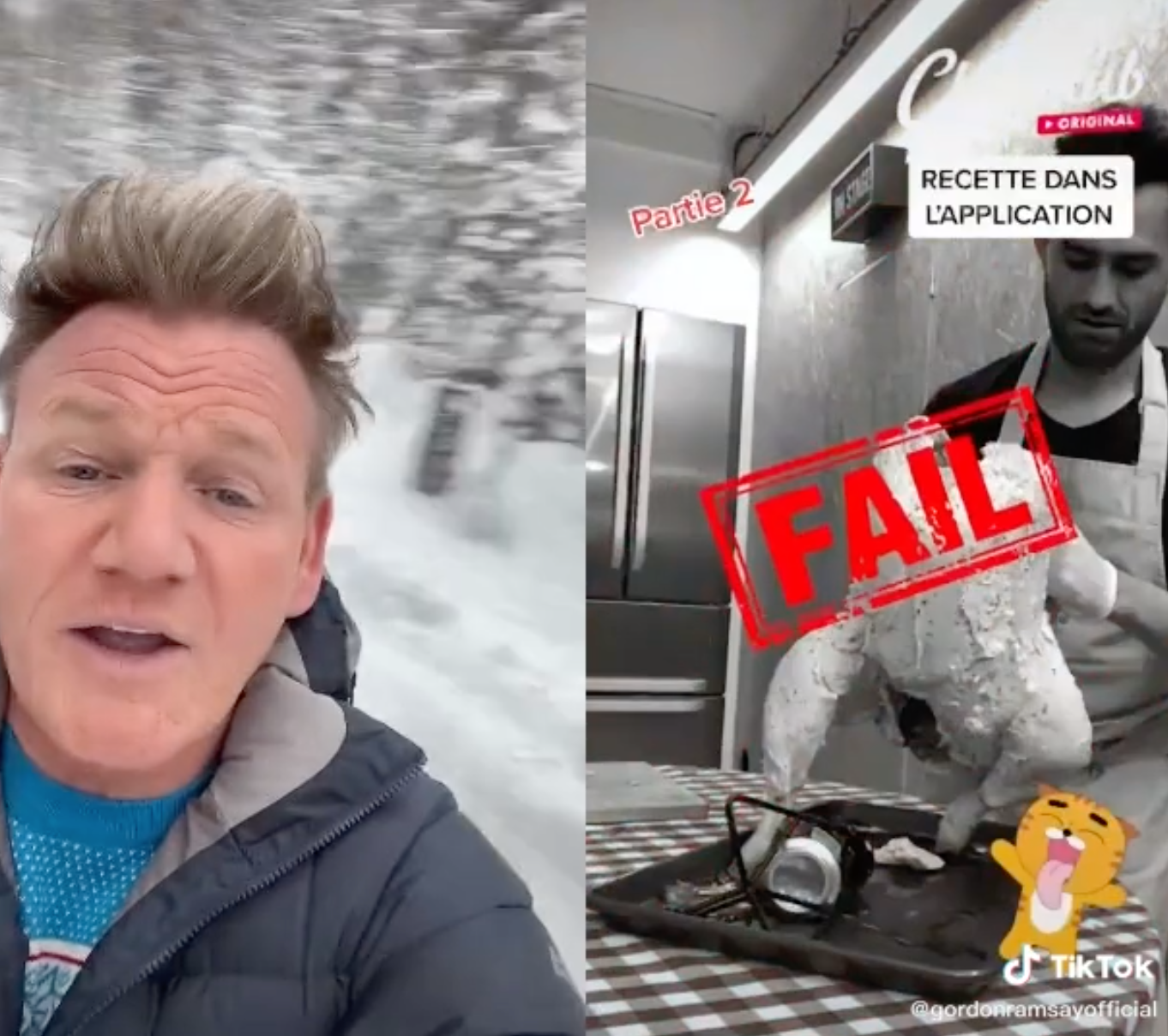 Celebrity chef Gordon Ramsay wailed as he watched a TikTok user attempt to sit a turkey on a can of Guinness beer.

Ramsay made a video responding to a post by @chefclub showing followers how to make beer-can turkey and stuffing. (The Chefclub video has since been deleted.)

At the time of writing, Ramsay’s video had 13.8 million views on TikTok.

The Chefclub video starts with a cook disassembling what looks like a small desk lamp and outfitting a Guinness tallboy can to fit underneath. “Come on,” Ramsay said. “Really?”

The cook then tried to sit a turkey on top of the stand, and Ramsay made it clear he thought that was a bad idea. “No!” he said. “It won’t take the weight!”

The “MasterChef” judge was partially right; the beer tipped over twice before he was successful.

Flavoring poultry with beer straight from the can is actually a common cooking technique that keeps the meat moist and allows for an even cook all around.

“You don’t put Guinness on a turkey, you muppet,” Ramsay said. In his video, the chef acknowledged that it does work with chicken, but says that regardless of the poultry, Guinness is too bitter in flavour to use. 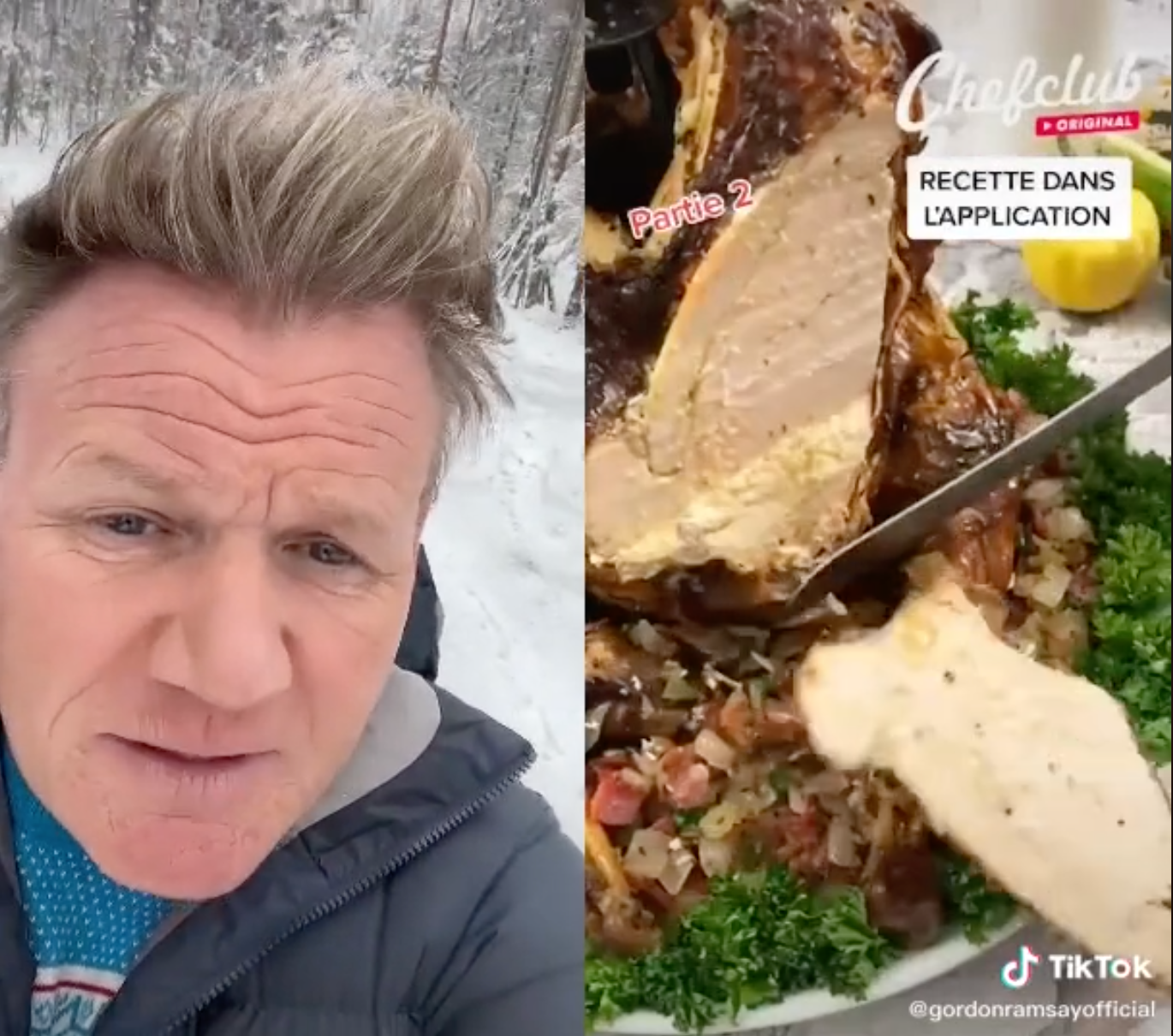 Chefclub via Gordon Ramsay/TikTokRamsay said the turkey was ‘drier than the Sahara desert.’

When the cook pulled his beer-can turkey out of the oven and cut into it, Ramsay looked both disappointed and disgusted.

“Ugh!” he said. “Is that the turkey? That looks dry. That’s drier than the Sahara desert, you muppet.”

This isn’t the first time Ramsay has slammed cooks on the social-media app for their cooking. In mid-November, he roasted a cook who stuffed Cheetos into her burger patties, and in October he mocked another cook who attempted to make his legendary scrambled eggs.

Chefclub did not immediately respond to Insider’s request for comment.