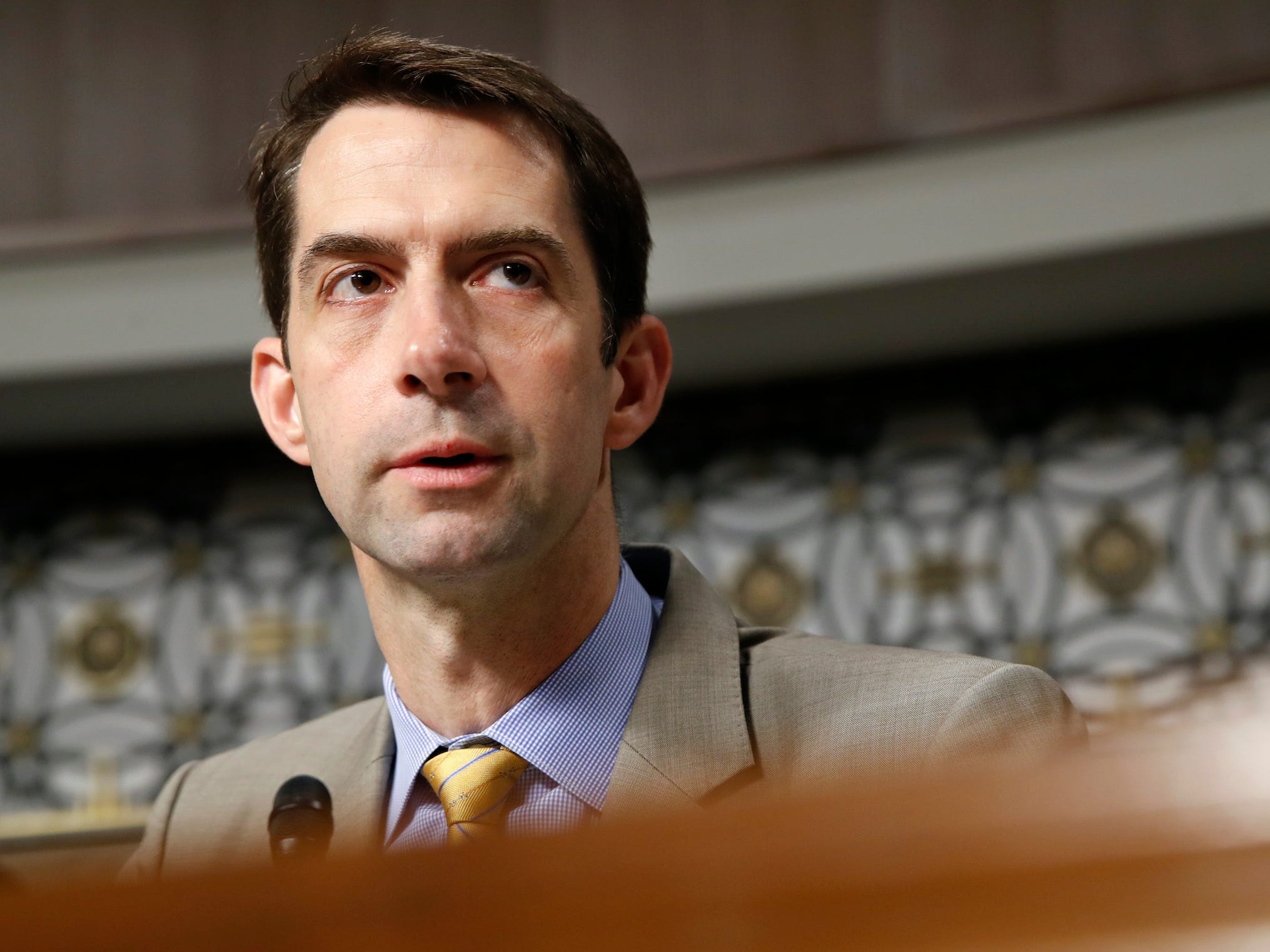 Republican Sen. Tom Cotton of Arkansas said in a statement on Sunday that he would not join some of his colleagues planning to challenge President-elect Joe Biden’s win by opposing the certification of the Electoral College vote on Wednesday.

Cotton, a supporter of President Donald Trump, said attempts to overturn the Electoral College would exceed Congress’ power under the Constitution, which gives states the power to run elections and courts the power to settle election disputes.

He also said it would “establish unwise precedents.”

“First, Congress would take away the power to choose the president from the people, which would essentially end presidential elections and place that power in the hands of whichever party controls Congress,” Cotton said.

He also said it would threaten the US electoral system and “take another big step toward federalizing election law.”

Joe Biden won the election by receiving 306 electoral votes compared with President Donald Trump’s 232. The results have been certified in every state, and presidential electors cast their votes last month.

The electors’ votes are set to be certified Wednesday during a joint session of Congress that is usually procedural, confirming the winner who voters and the Electoral College have already chosen.

Some congressional Republicans, including Sens. Ted Cruz of Texas and Josh Hawley of Missouri, have said they will oppose the vote certification during the joint session.

The objections could delay the certification of the election but would not alter the vote results of any US state.

Cotton, a potential presidential candidate in 2024, said he was disappointed in the election results and had concerns about “irregularities,” especially concerning changes to election law related to mail-in voting.

“I therefore support a commission to study the last election and propose reforms to protect the integrity of our elections,” he said.

Cotton joins other Republican senators who have broken from their colleagues and said they would not challenge Biden’s Electoral College win, including Sens. Mitt Romney of Utah, Pat Toomey of Pennsylvania, and Lisa Murkowski of Alaska.