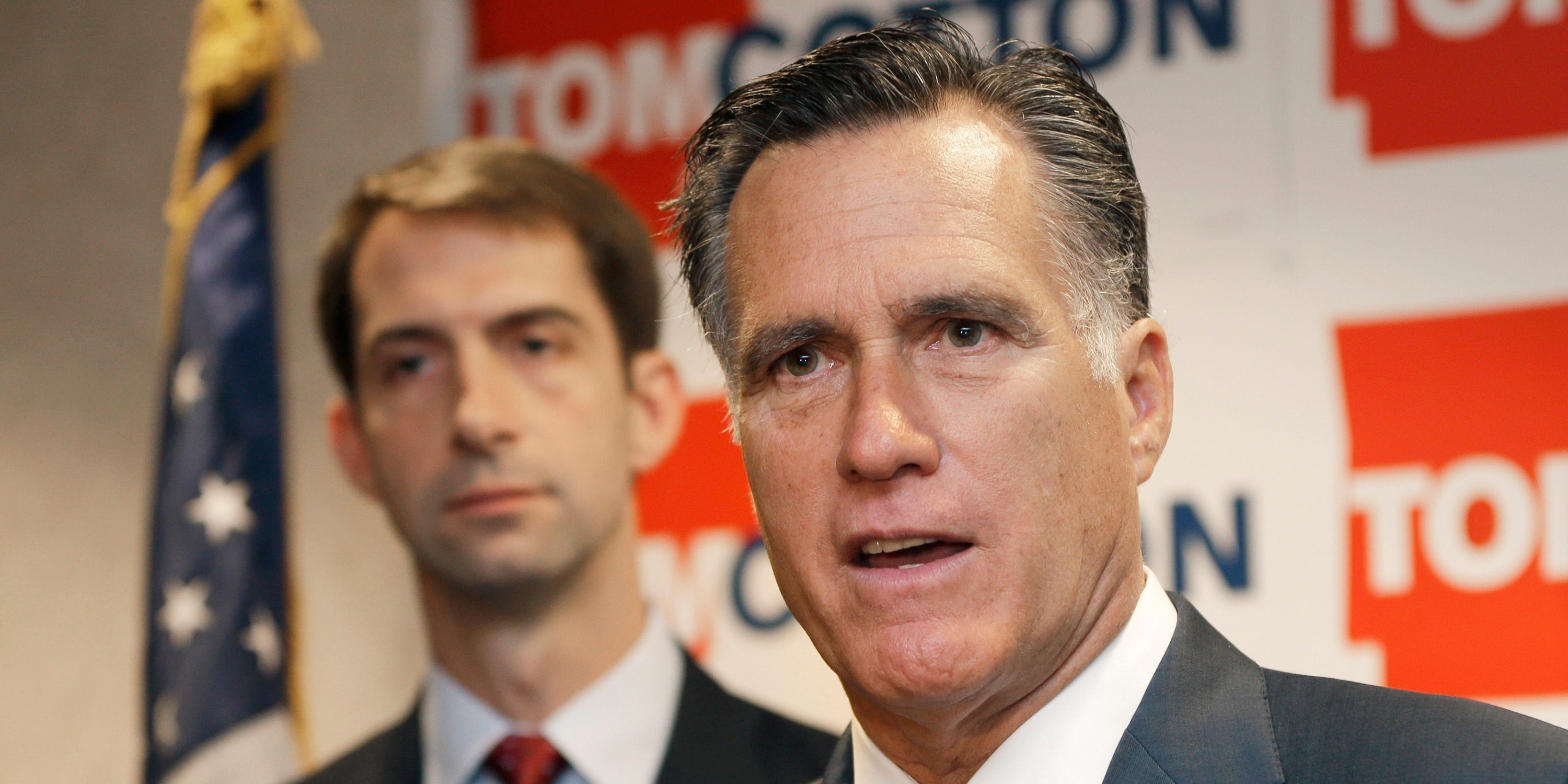 Danny Johnston/AP PhotoSen. Mitt Romney and Tom Cotton at a news conference in 2014.

The two GOP lawmakers said they will be introducing a bill that “gradually raises the minimum wage” and “requires employers to verify the legal status of workers.”

“Congress hasn’t raised the minimum wage in more than a decade, leaving many Americans behind,” Romney said Tuesday. “I’m introducing a bill with @SenTomCotton that would increase the minimum wage while ensuring businesses cannot hire illegal immigrants.”

“We have an obligation to protect our workers and fellow citizens,” Cotton said.

Romney and Cotton did not reveal a number, but said that a higher minimum wage will come “without costing jobs, setting it to increase automatically with inflation.” Cotton said that the increase would be intended to go into effect after the coronavirus pandemic has ended, and would include protections for small businesses.

Yet members from both sides of the aisle have balked at the idea.Moderate Democrats have called the increase too large, favouring a lower amount of $US11. Republicans, too, have rejected the push to more than double the current federal minimum wage, which has been $US7.25 per hour since 2009. They argue that the measure could cause harm to small businesses and trigger more job losses. Due to the widespread opposition, Biden has since suggested that the provision may not be included in a final coronavirus bill.

However, Sen. Bernie Sanders of Vermont, chairman of the Senate Budget Committee, has said he’s committed to pushing the minimum-wage bill without Senate Republican support through a process called budget reconciliation. The move would override the 60-vote requirement needed to end the filibuster, and allow legislation to pass with a simple majority vote of 51.

Bills in Congress to raise the minimum wage have been shot down over the years. Romney has previously supported ideas to boost the federal figure.

Further details of Romney’s and Cotton’s bill haven’t been released yet. A spokesperson for Romney said the plan will roll out next week.

Their announcement also comes as Biden and top Democrats plan to unveil an immigration-reform bill this week, which is expected to include a pathway to citizenship for the country’s estimated 11 million undocumented workers. Research has repeatedly shown that immigrants enrich the economy.