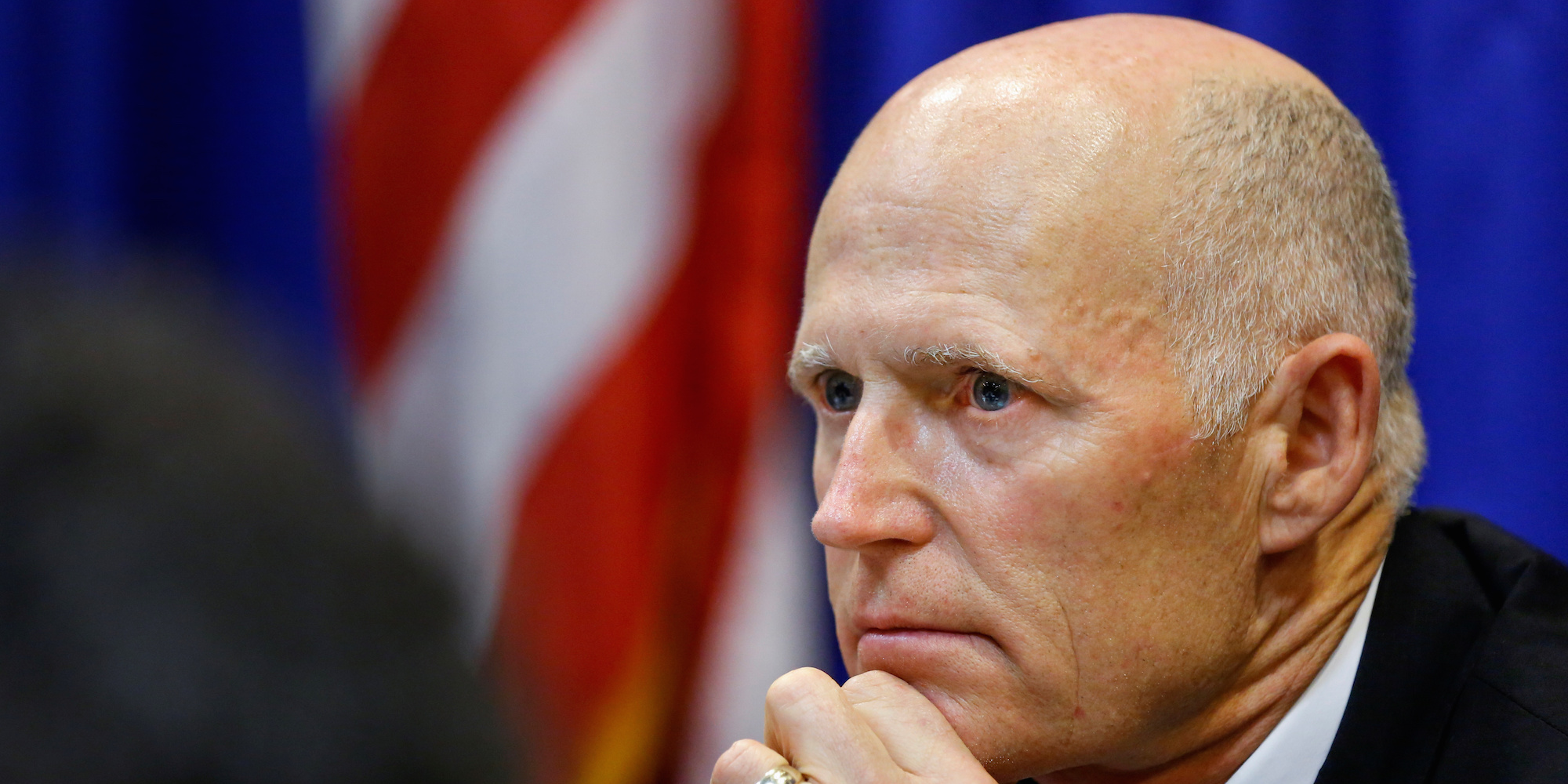 Reuters/Colin HackleyFlorida Governor Rick Scott listens during a meeting with law enforcement, mental health, and education officials about how to prevent future tragedies in the wake of last week’s mass shooting at Marjory Stoneman Douglas High School, at the Capitol in Tallahassee, Florida, U.S., February 20, 2018.

Sen. Rick Scott of Florida is calling for a 60-day moratorium on all mortgage, rent, utility, and fee payments for people earning below $US75,000 a year and small businesses with fewer than 250 people.

In a Fox Business op-ed published Wednesday, Scott said he would oppose any attempt by the federal government to rescue industries battered by the coronavirus with emergency funding. Instead, he called to direct federal aid to low-income workers.

“Let me be clear: we should not bail out large corporations that have enjoyed years of growth and prosperity. I won’t support it,” Scott said. “The people that need help the most are small businesses, hourly workers, people who rely on tips, and gig economy workers like Uber and Lyft drivers.”

The Florida senator also said he wanted to press to boost insurance benefits for state unemployment systems that are facing a sudden surge of people filing for unemployment.

Scott further called for an aggressive coronavirus testing regime to be in place and for protecting supply chains that provide critical gear to healthcare providers.

As part of its $US1 trillion stimulus package, the Trump administration is proposing $US50 billion in emergency federal funding for the airline industry. That sector of the economy has been ravaged by mass travel cancellations and governments around the world closing their borders.


Read more: Coronavirus shock is pushing highly indebted ‘zombie’ companies toward financial ruin – and a risky $US1 trillion market is already showing the damage a recession would do

Many Democrats, and some Republicans like Scott, are attacking the plan as a bailout. Democrats argue the sector poured substantial profits into buying back stock for years instead of improving labour conditions for its workers.

Scott’s op-ed echoes calls from housing advocates seeking a temporary nationwide halt to rent, mortgage, utility, and other housing payments to provide relief to people who have lost their jobs or had hours cut.

Some states and major cities like New Orleans are implementing moratoriums on evictions to keep people in their homes. Others like Philadelphia went further and enacted a halt to utility payments, NBC News reported.

The Trump administration announced on Wednesday that it is moving to suspend evictions and foreclosures until the end of April. That would apply only to public housing properties.