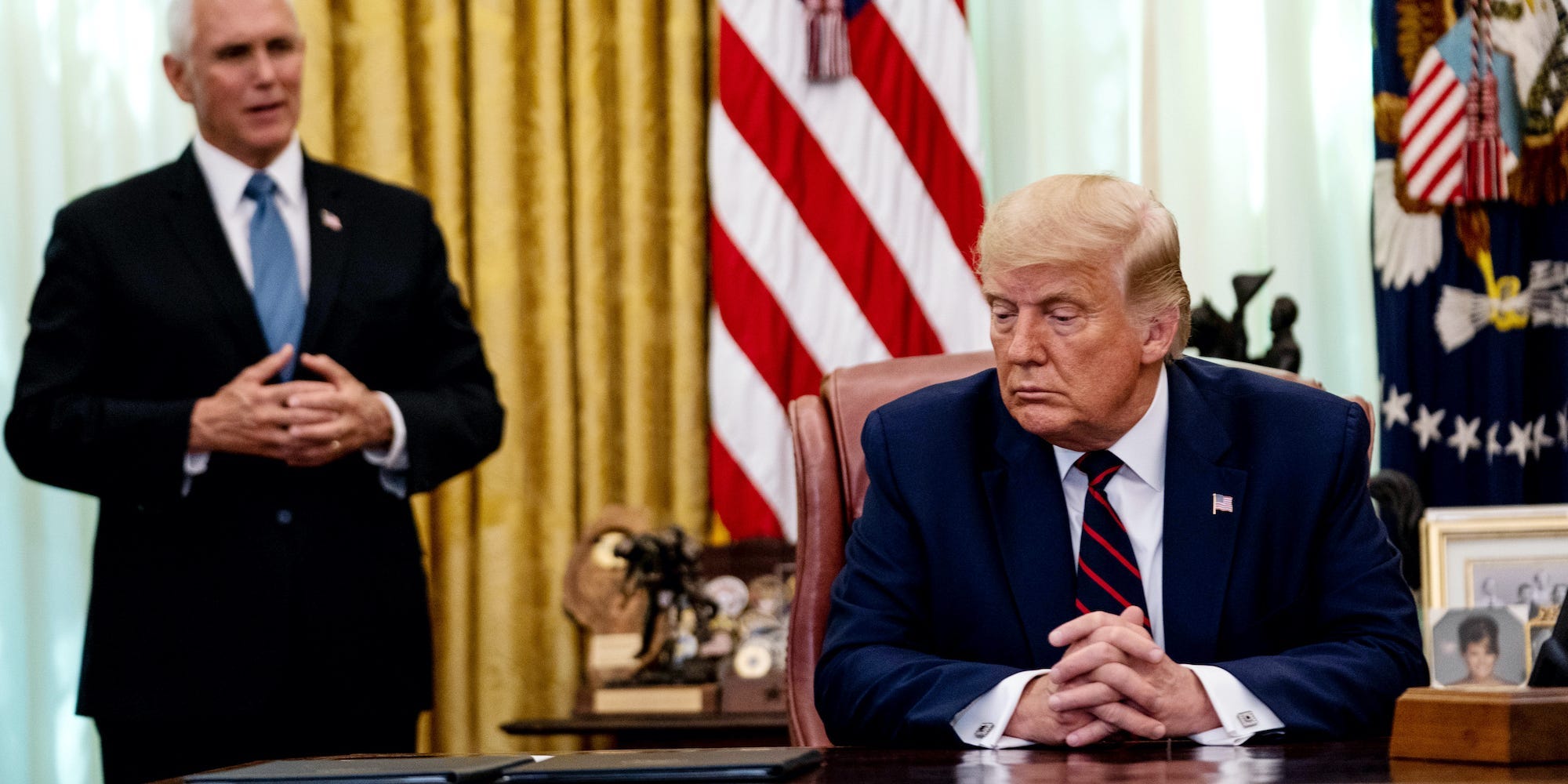 Anna Moneymaker-Pool/Getty ImagesVice President Mike Pence speaks as U.S. President Donald Trump participates in a signing ceremony and meeting with the President of Serbia Aleksandar Vucic and the Prime Minister of Kosovo Avdullah Hoti in the Oval Office of the White House on September 4, 2020 in Washington, DC.

Sen. Rob Portman, a conservative Ohio Republican, said President Donald Trump will be to blame for violent protests by his supporters if he doesn’t “unambiguously” urge his loyalists to “remain peaceful” after last week’s insurrection.

This comes after federal law enforcement officials have warned lawmakers that far-right extremists and other pro-Trump groups are planning more potentially violent demonstrations.

“Today, I call on President Trump to address the nation and explicitly urge his supporters to remain peaceful and refrain from violence,” Portman said in a Tuesday statement. “If our nation experiences additional violence and destruction at the hands of his supporters in Washington, DC and state capitols around the country, and he does not directly and unambiguously speak out now when threats are known, he will bear responsibility.”

The FBI warned in a Monday bulletin that Trump loyalists are planning “armed protests” at the US Capitol building and all 50 state capitols in the days leading up to and during President-elect Joe Biden’s inauguration on January 20. Portman has been a strong supporter of the president and on Sunday called for an investigation into the election, lending credence to Trump’s false claims of widespread voter fraud.

Trump has expressed no regret for the speech he made inciting the deadly mob that breached the Capitol building last Wednesday or the months he’s spent lying about widespread voter fraud in the 2020 election.

“People thought what I said was totally appropriate,” Trump told reporters on Tuesday of his speech before the riot.

Trump’s incitement of the rioters attracted widespread condemnation, including from Republican lawmakers and members of his own administration, some of whom resigned in response. Some Republicans are even expressing support for the House’s efforts to impeach Trump for inciting last week’s insurrection.

Senate Majority Leader Mitch McConnell has told associates that he supports the Democrats’ move to impeach the president, The New York Times reported Tuesday. McConnell reportedly believes Trump has committed impeachable offences and hopes the effort will help rid the GOP of Trumpism and dilute Trump’s influence once he’s out of office.

GOP Sens. Lisa Murkowski and Pat Toomey have both called on Trump to resign immediately. Rep. John Katko of New York on Tuesday became the first House Republican to publicly support impeaching Trump for the second time. As many as 10 to 20 other GOP lawmakers are reportedly considering voting to impeach the president and Republican leadership has told their caucus it is a “vote of conscience.”

“By deliberately promoting baseless theories suggesting the election was somehow stolen, the president created a combustible environment of misinformation, disenfranchisement, and division,” Katko said. “When this manifested in violent acts on January 6th, he refused to promptly and forcefully call it off, putting countless lives in danger.”