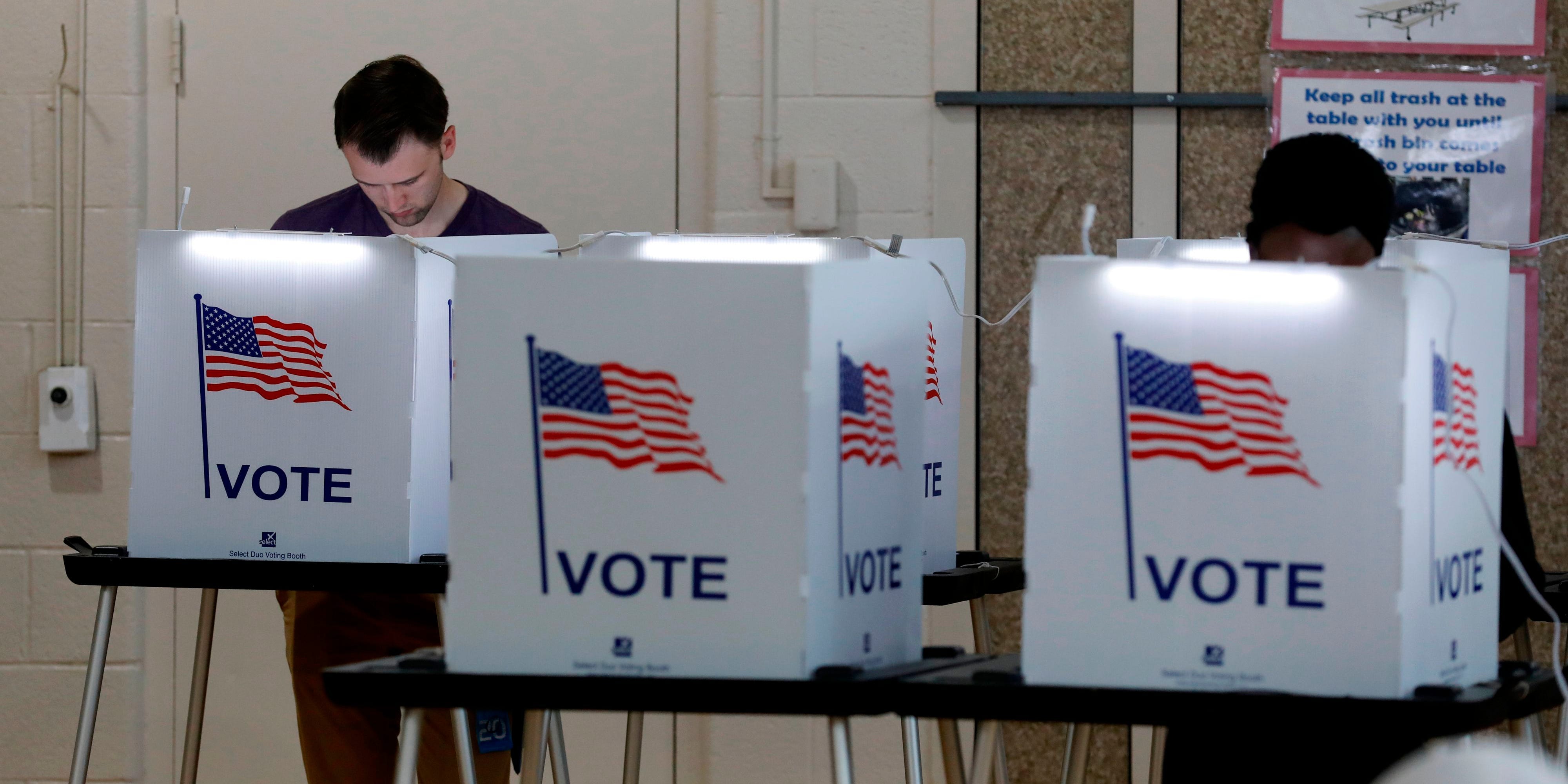 Photo by JEFF KOWALSKY/AFP via Getty ImagesVoters casting their ballots in Detroit during the Michigan primary election on March 10.

A Republican celebrity lawyer allied with President Donald Trump filed a lawsuit in Georgia that appeared to confuse the states of Michigan and Minnesota.

The lawyer, Lin Wood, is a staunch conservative and asked a court to halt the certification of election results in Georgia, alleging that Georgia’s Republican secretary of state, Brad Raffensperger, hurt him as a voter by agreeing to a settlement over signature matching on ballots in March.

Wood’s lawsuit included over a dozen affidavits that his lawyers argued proved his case. But one of those affidavits, filed by a Texas resident and cybersecurity expert named Russell Ramsland, centered entirely on election results in Michigan, not Georgia. More than that, one Georgia lawyer named Andrew Fleischman said, the Ramsland affidavit appeared to confuse Minnesota (MN) for Michigan (MI).

Ramsland highlighted a number of “statistical anomalies and red flags” that he claimed proved “that election results have been manipulated within the Dominion/Premier system in Michigan.” Specifically, he said he discovered 19 precincts in Michigan where the number of votes cast in the general election exceeded the number of registered voters in the county.

But Ramsland had confused precincts in Minnesota with those in Michigan. In other words, he “was counting the population of towns in Minnesota, seeing they did not match Michigan towns, and finding fraud,” Fleischman wrote.

US District Judge Steven Grimberg, who was appointed by Trump,dismissed Wood’s lawsuit on Thursday, saying, “To halt the certification at literally the eleventh hour would breed confusion and disenfranchisement that I find have no basis in fact and law.”

Wood said on Twitter Thursday that he would appeal the decision. On Thursday evening, Georgia completed its risk-limiting audit, in which election officials did a hand recount of the more than 5 million paper ballots that were cast in the election.

The final tally showed that President-elect Joe Biden received 49.5% of the vote and Trump received 49.3%, cementing Biden’s Georgia’s win by more than 12,000 votes and ensuring he will get the state’s 16 Electoral College votes. Raffensperger is set to certify the results on Friday.