When rioters arrived at Oregon's state Capitol building last month, a Republican lawmaker opened the door for them, video shows 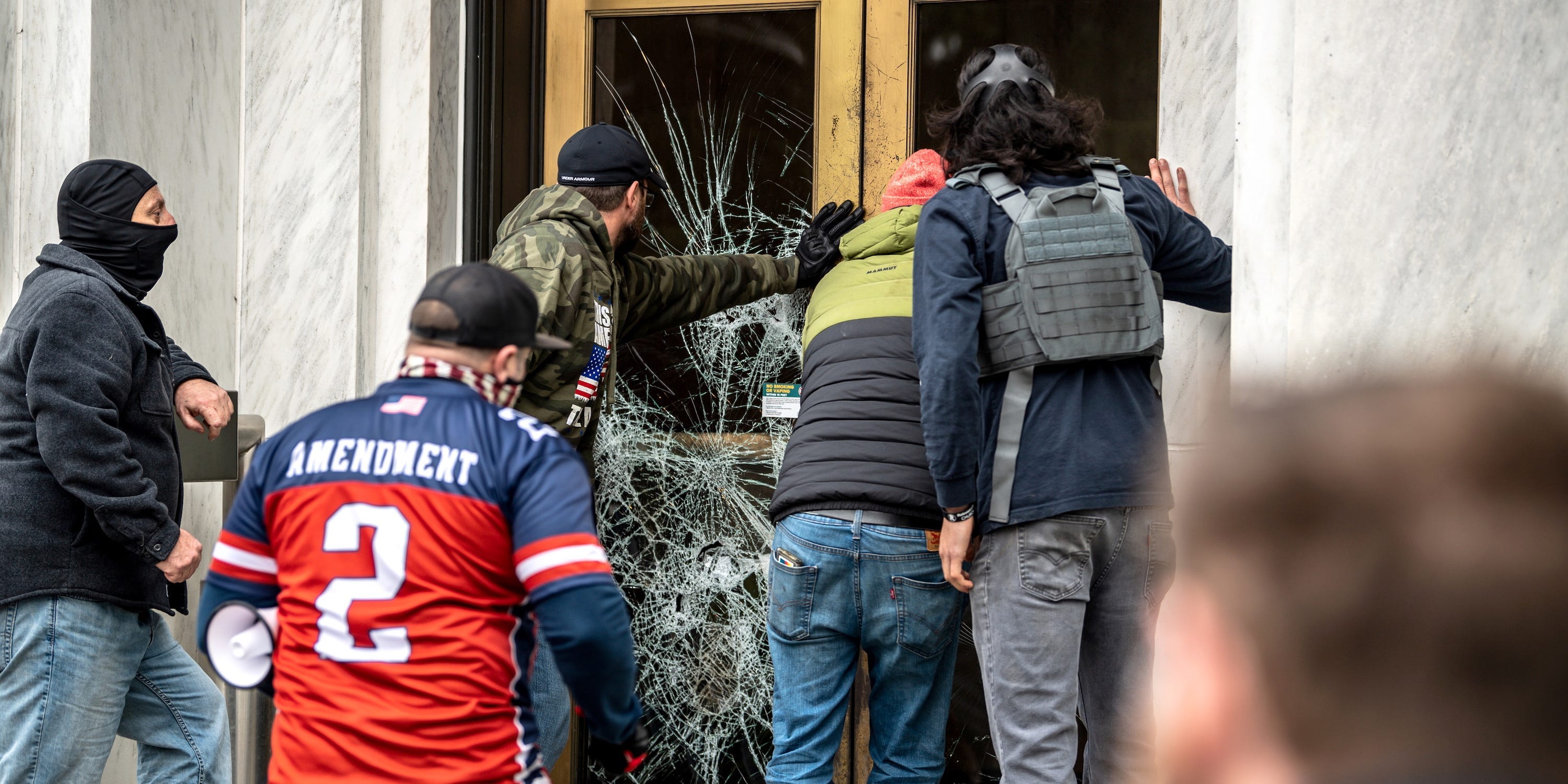 REUTERS/Mathieu Lewis-RollandFar right protesters break the door to the Capitol building during a protest against restrictions to prevent the spread of coronavirus disease (COVID 19) in Salem, Oregon, on December 21, 2020. .JPG

Weeks before rioters in support of President Donald Trump stormed the US Capitol in Washington, DC, a group of right-wing demonstrators breached the state capitol in Salem, Oregon, and videos shows a Republican lawmaker helped them into the building.

The group of right-wing demonstrators met outside the state Capitol in Salem on December 21, while state legislators met to discuss the state’s COVID-19 response, according to The Oregonian.

Demonstrators had gathered as part of a “nonpermitted flash mob” to protest against COVID-19 restrictions in the state, but the protest quickly escalated into a riot as members of the group tried to storm the capitol.

Video obtained by The Oregonian and Oregon Public Radio shows that the demonstrators were eventually let into the building by Republican state Rep. Mike Nearman, who can be seen walking out of an exit that allowed rioters inside and gave them restricted access to the building.

Once inside the rioters damaged property, clashed with police officers, and sprayed pepper spray through the hallways, The Oregonian reported.

Salem Police ultimately prevented the mob from reaching lawmakers in the House or Senate, and at least five people have been arrested in connection to the breach.

Oregon State Police are currently investigating the incident, and also launched an investigation into Nearman’s role in the event after discovering the surveillance footage, Oregon Public Radio reported.

After footage of the breach was published on Monday, Nearman was fined for damage caused by the crowd, had committee assignments taken away, and had his access to the Capitol restricted,The Washington Post reported.

Oregon House Speaker Tina Kotek, a Democrat, has since called for Nearman to resign.

“He has already breached the public trust and endangered our ability to safely conduct the people’s business,” she said in a statement on Twitter.

“If the investigation finds that actions taken were criminal, legislators are not above the law and will be held responsible,” she told The Oregonian

Nearman did not immediately respond to Insider’s request for comment.