Look at all these GOP hypocrites 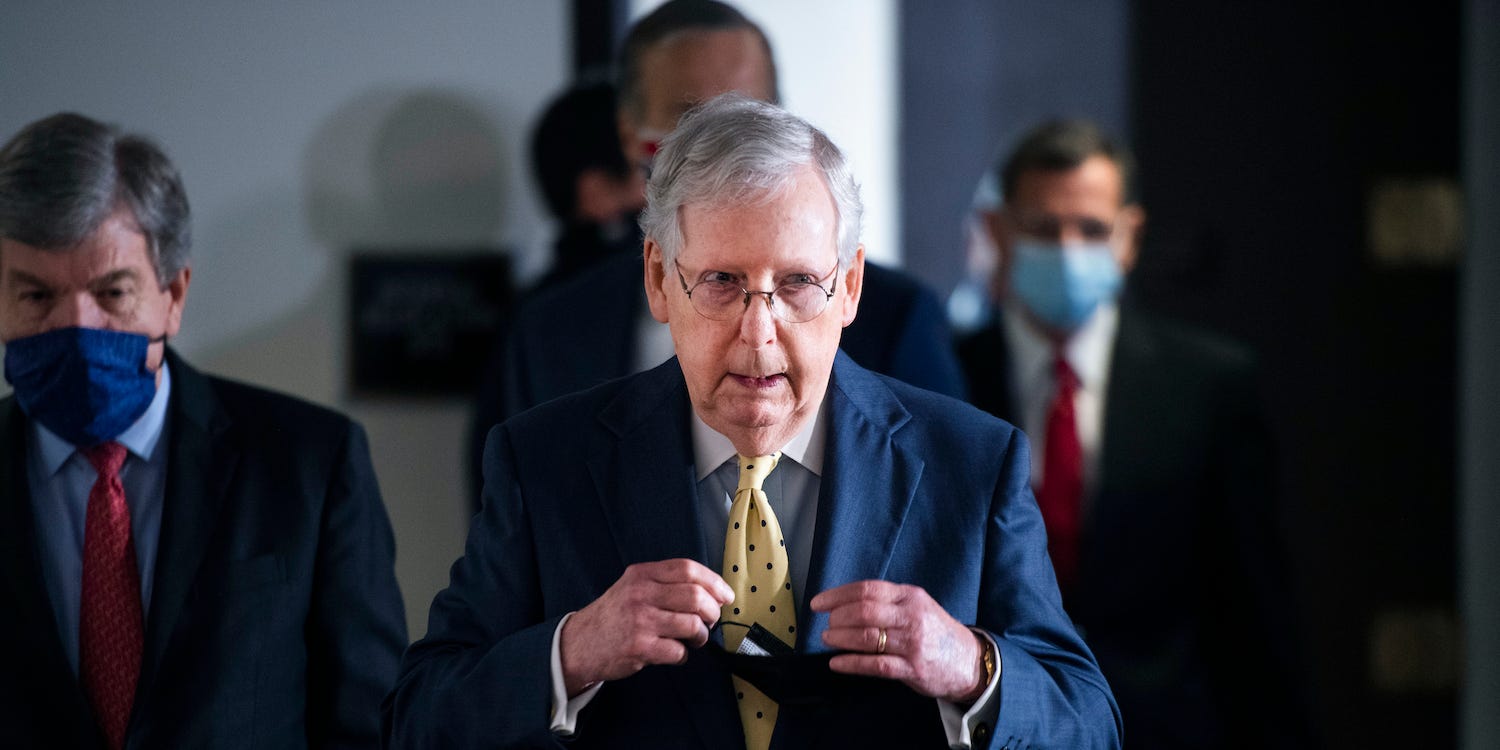 It was Supreme Court Justice Ruth Bader Ginsberg’s dying wish that her seat not be filled until a new president and Congress are seated in January.

Just as important, back in 2016 Republicans argued that they couldn’t fill Justice Antonin Scalia’s seat after he passed in February of an election year â€” not until a new president and Congress were seated in January. The people should have a voice in this decision, they said.

Well, apparently all of that was garbage. Senate Majority Leader Mitch McConnell has said he’d fill the seat before the election and President Trump is planning to announce his nominee on Saturday. Ginsberg will lie in state on Friday.

This weekend the most shameless of the Senate Republicans appeared on TV to pretend as if they don’t understand that this is all the height of hypocrisy. The Washington Post compiled it into a 3 1/2-minute reel of unrepentant duplicity.

In this video you’ll hear Republicans use words like “principle” and phrases like “will of the people.” These are just words. And based on the actions of all the men in this video, they are words that have little meaning to Republican lawmakers.

GOP Sen. Tom Cotton of Arkansas tried to move the goalposts, arguing that since the Republicans are in the majority in the Senate, they have a mandate from the people dating to the 2014 election that was confirmed by the 2018 midterms. This is bunk and he knows it. They all know it. Republicans are showing us that they believe in power for power’s sake, not power for the people’s sake.

Sen. Ted Cruz tried to argue that had the Democrats been in the Senate majority, and a Democratic president in the White House, they would certainly confirm their judicial nominee in these circumstances. This is a classic. Hypocrites love to pretend that everyone else is just as cynical and unscrupulous as they are, especially in politics. It gives the voters the impression that there are no better alternatives, that everyone is scum, and that nothing matters.

It is in this way that hypocrisy is most corrosive. It erodes faith in the entire political system, not just one party or another.

It isn’t as if Trump couldn’t still have his nominee. All he has to do is win the 2020 election, just as Hillary Clinton was supposed to have done in 2016. Ramming it down the country’s throat may not even be necessary.

That brings us to our current partisan rancor. Filling this seat would be further proof that Republicans, especially under Trump, care only about their voters. The proclamations they made about the Supreme Court vacancy in 2016 were made before the entire country, supposedly in service of the country. What Senate Republicans are doing now is nakedly in service of their side. It’s hard to imagine Democrats ever trusting them again, and it’s hard to cut deals and make compromises to pass legislation without trust.

On Monday morning the stock market took a nosedive. Likely because, in this environment, another coronavirus aid package seems even less likely than before.

Mitch McConnell’s Senate was already a graveyard for legislation, feeding the idea that government is incapable of getting anything done for people. That is, it seems, McConnell’s intention â€” to shrink the size and scope of government by shrinking our idea of what it is capable of.

Republican hypocrisy around the Supreme Court accomplishes the same thing. It sends the message that politics exists only to reinforce the power of those who already have it, not for the people as a whole.

Plus, it gives the other side a licence to get nasty too, beginning a spiral downward. Long term, this only makes American politics uglier. Down we go.