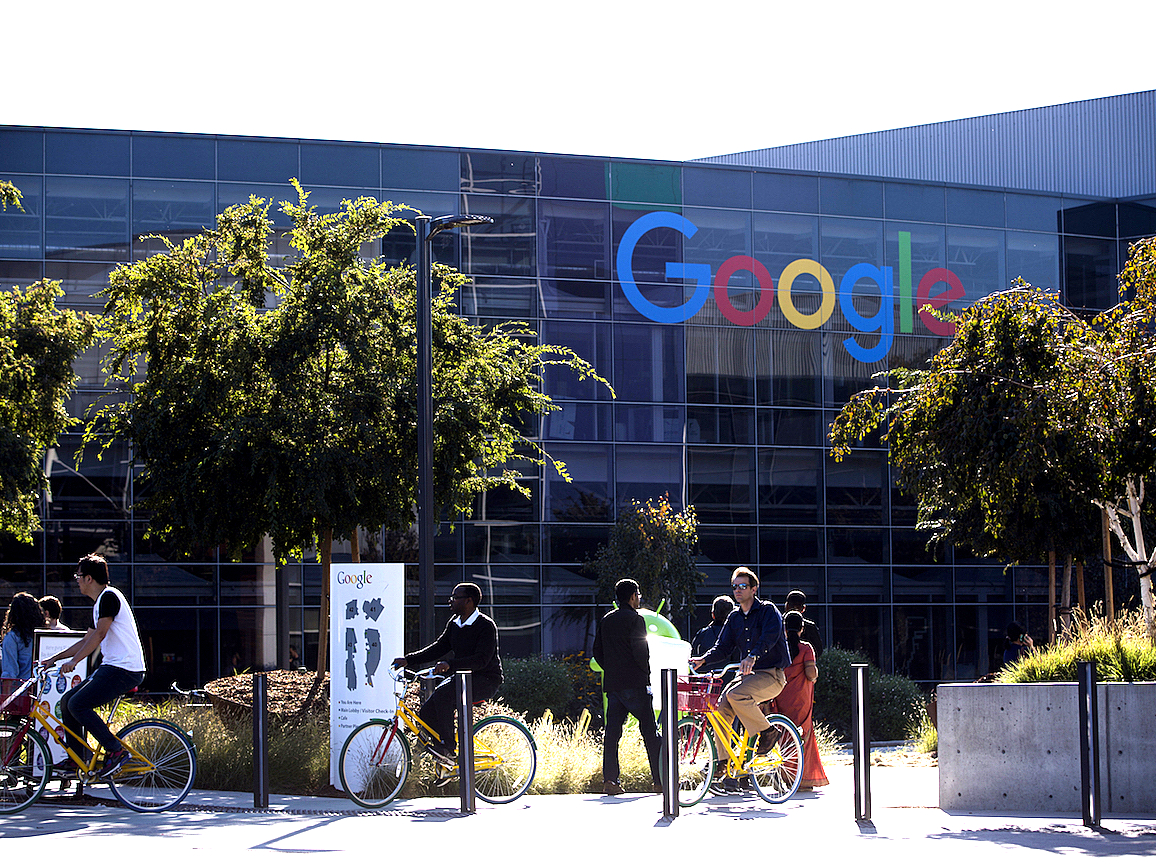 Google is known for its fun and unusual offices, and its Mountain View, California headquarters is no exception.

Also called the Googleplex, the company’s global headquarters had legendary perks including wellness classes, cafes, and office designs that will put the average cubicle to shame.

Google has a history of placing offices in unexpected buildings and incorporating local culture into offices around the world, from an old aeroplane hangar in LA to a former vodka factory in Warsaw, Poland. Its Cambridge, Massachusetts office is in a more standard building, but the inside is based on local Boston-area sites.

The Googleplex added 31,276 square feet of themed amenity space that includes three cafes, a fitness centre, and seating areas in 2019. It’s called Salt, based on the history of salt production in the area. The old ghost town of Saline City and its salt marshes were a source of salt production dating back to 1854.

Form4 Architecture firm used this history to inspire this design. Take a look inside. 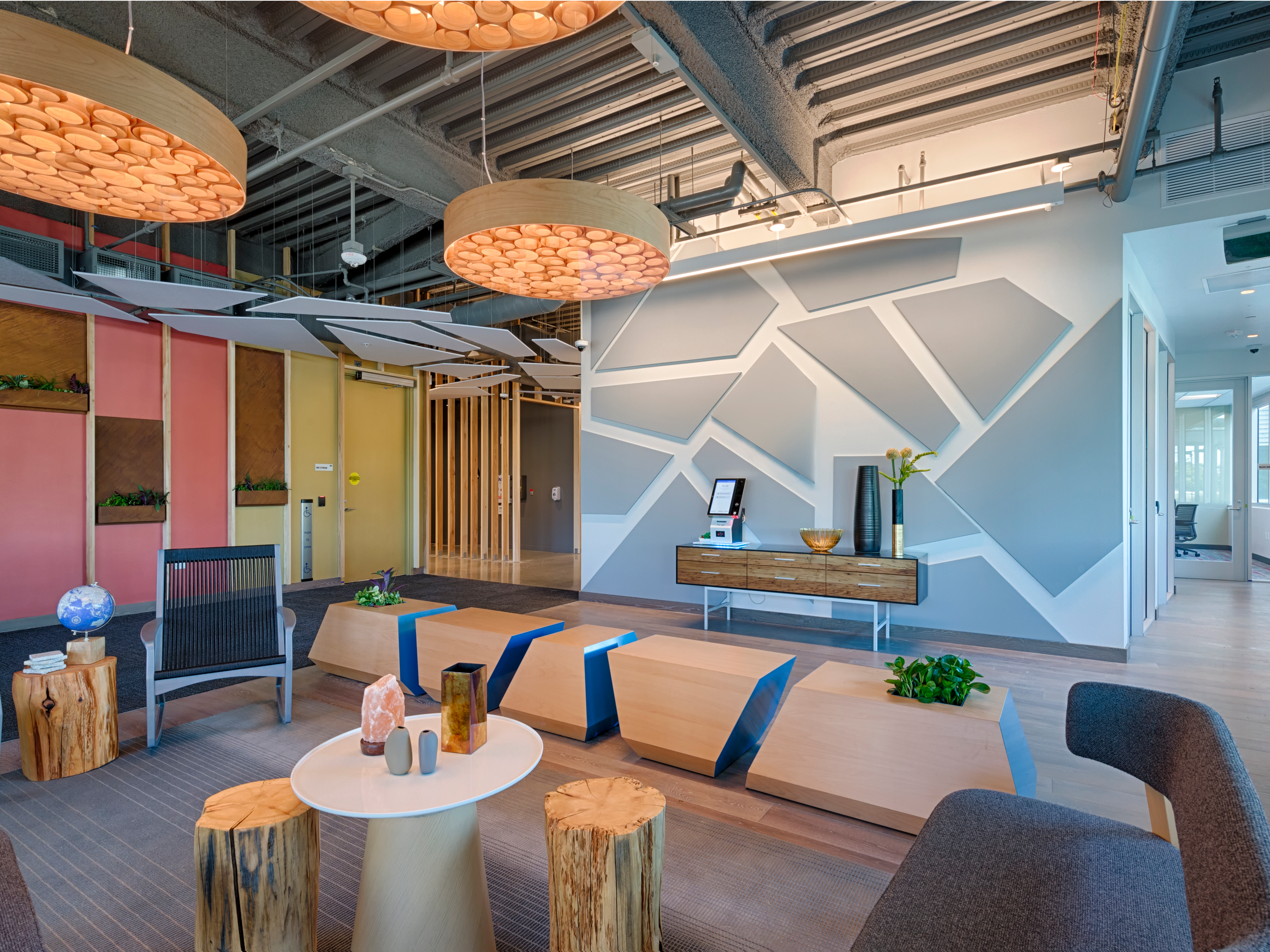 The design is inspired by salt production, and also based on the history and character of the South Bay. 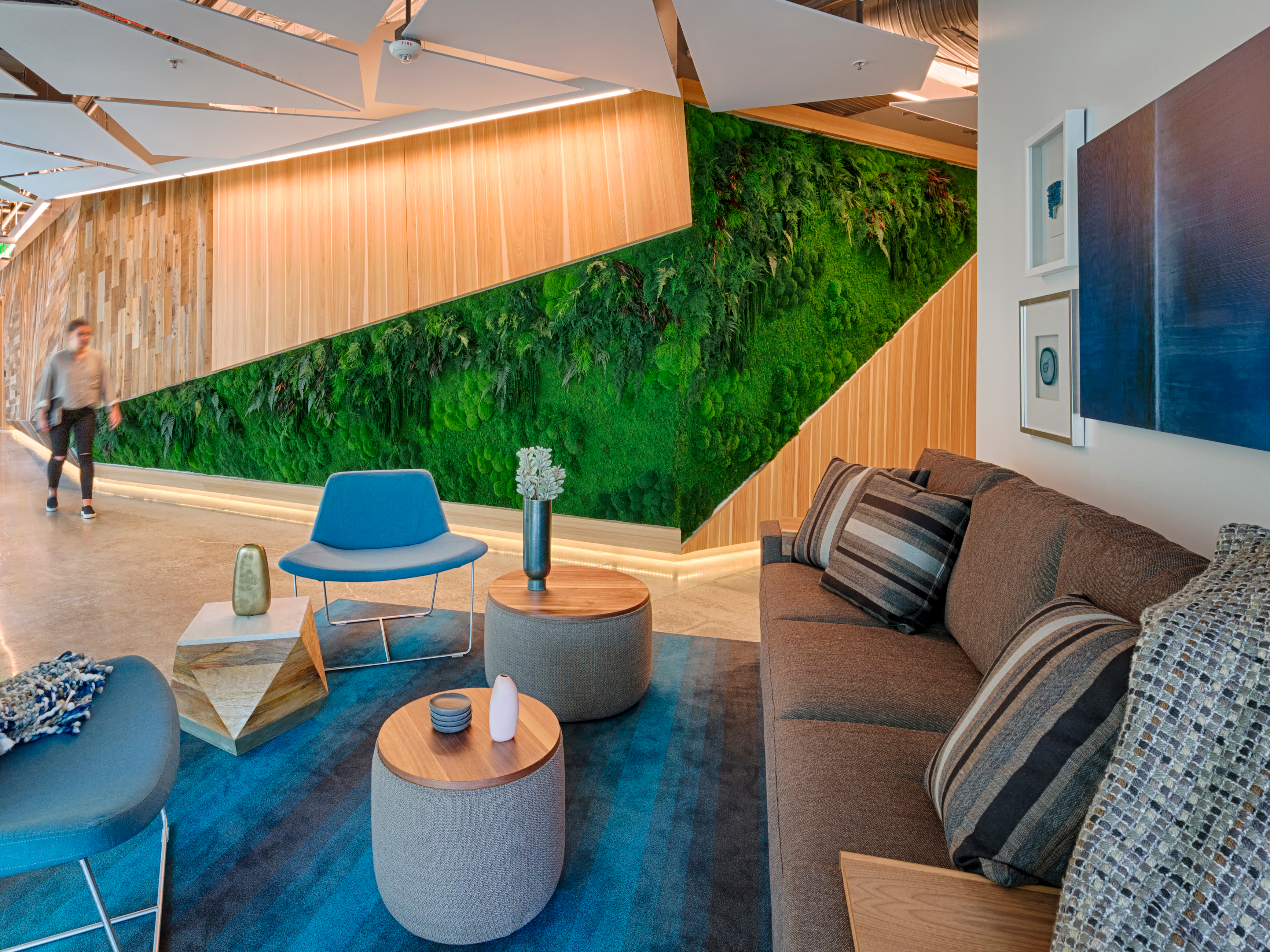 Lighting fixtures and the ceiling are meant to evoke salt’s molecular shape, according to the designers. 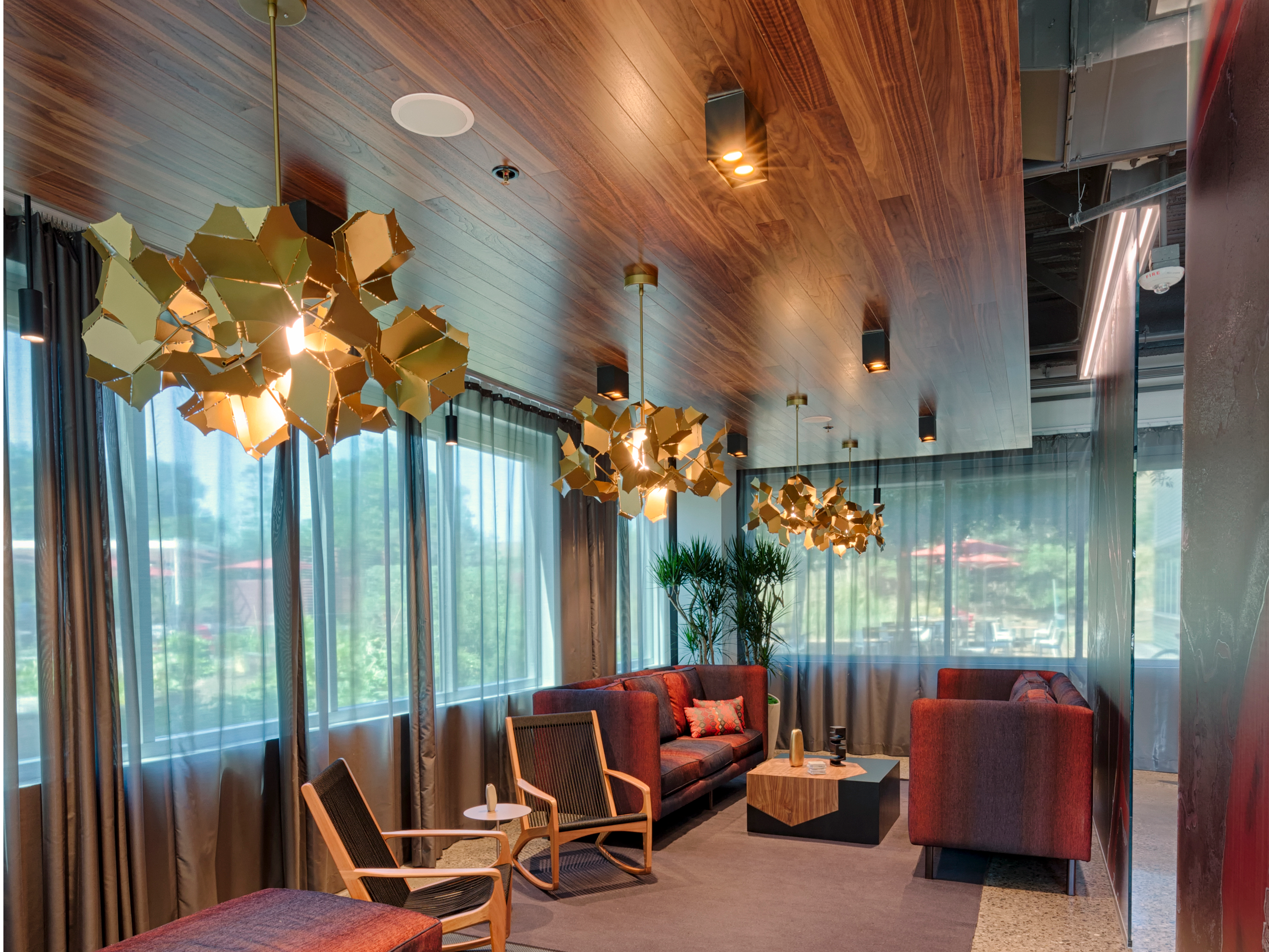 The “Tech Talk” auditorium is a place for presentations and guest speakers. 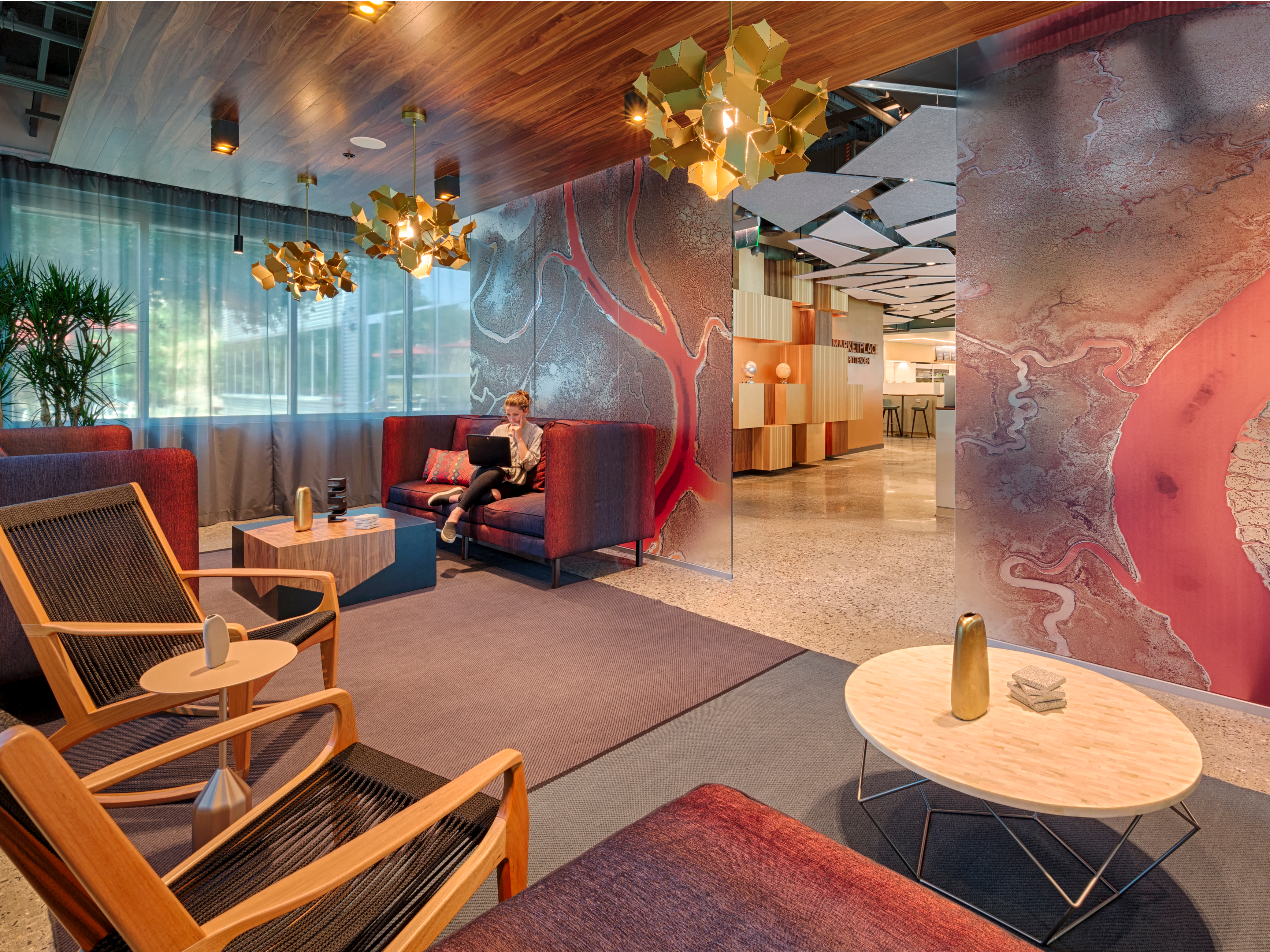 Even seating configurations are inspired by visual features of salt and salt production. 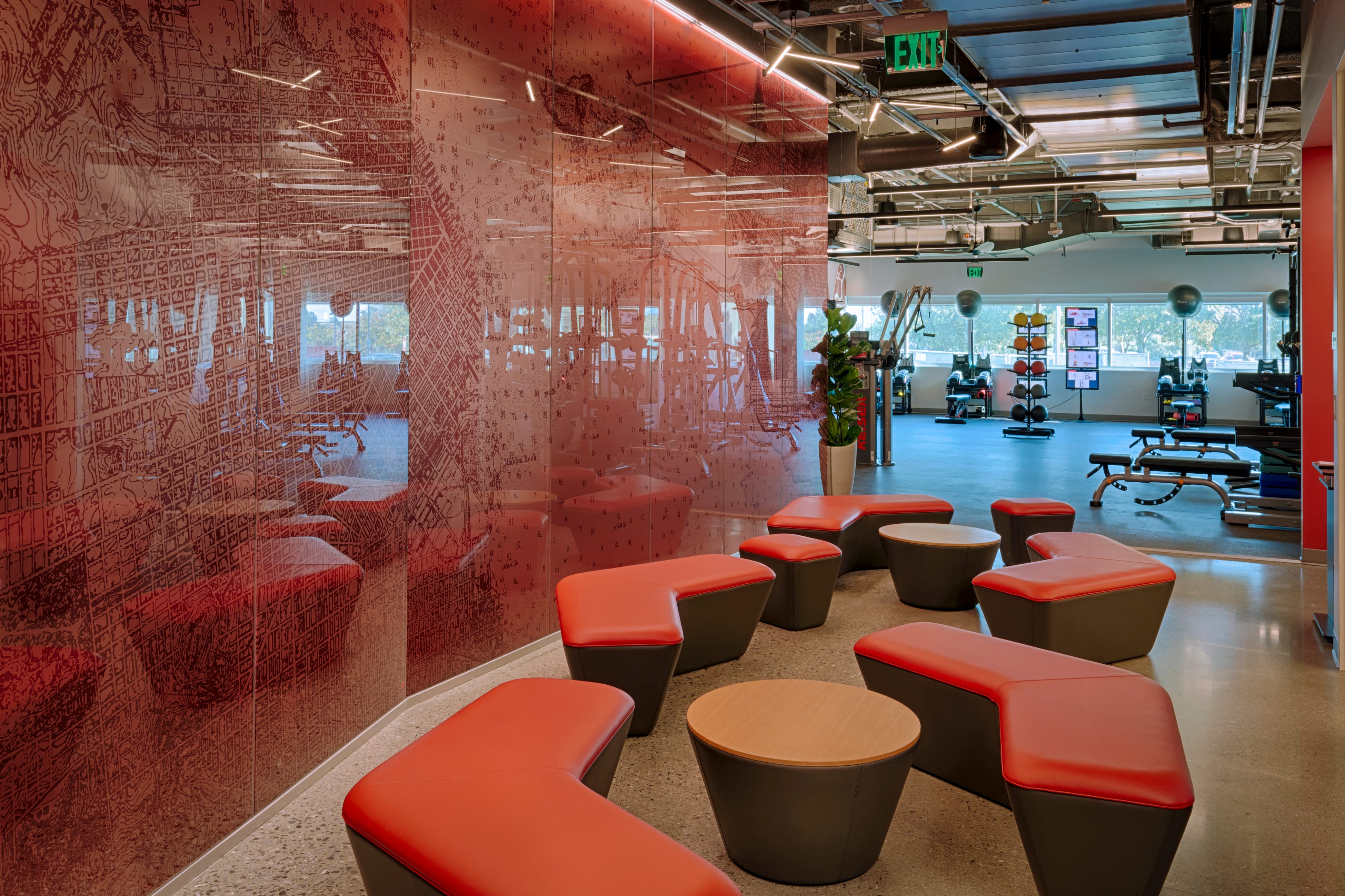 The amenity area has three cafes, each with seating. 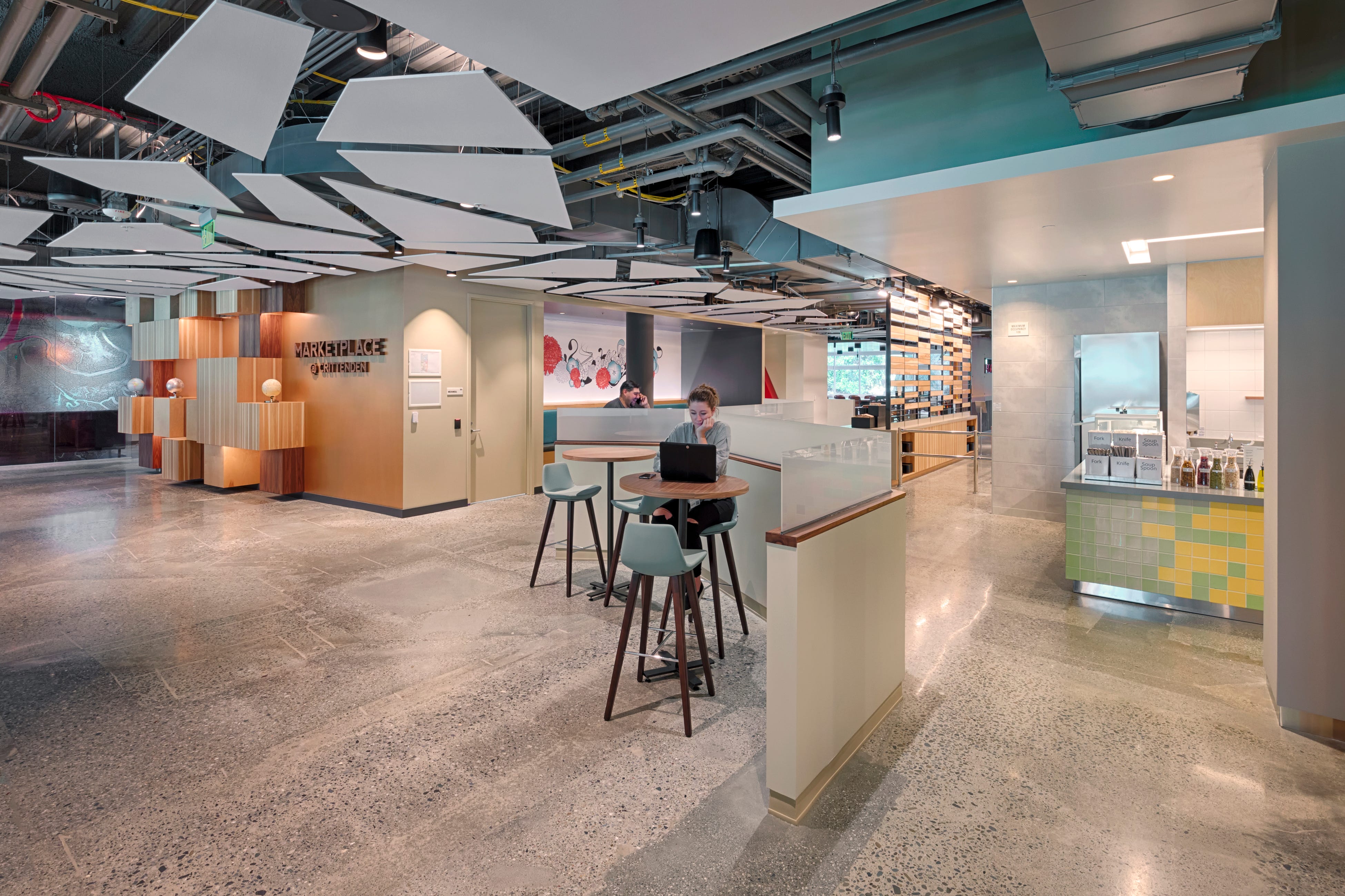 The office subtly references changes to the Bay Area’s landscape as materials change from green to wood to metal. 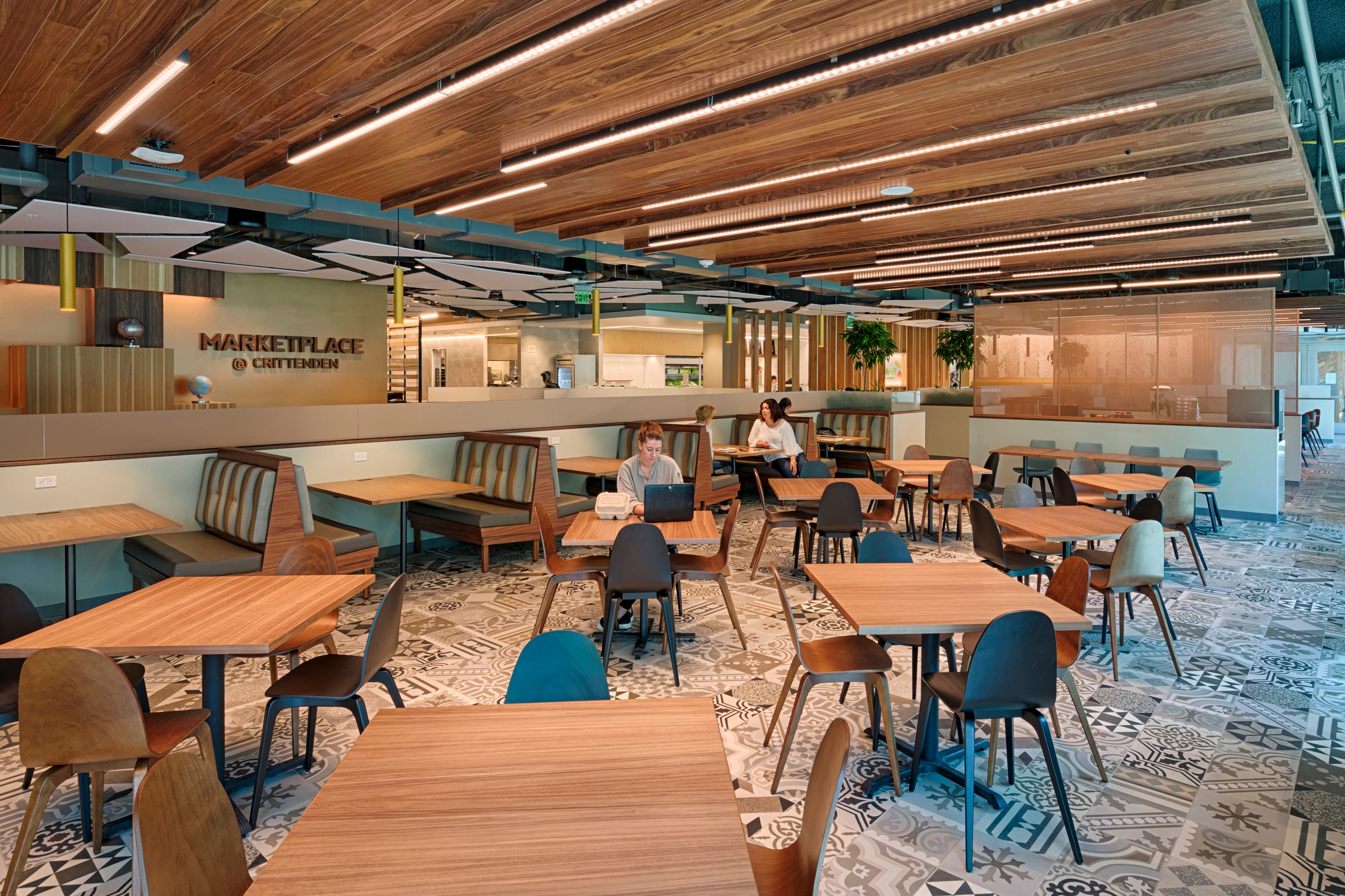 The office is partially open, but wooden partitions and glass walls break up the space and allow for private conversations. 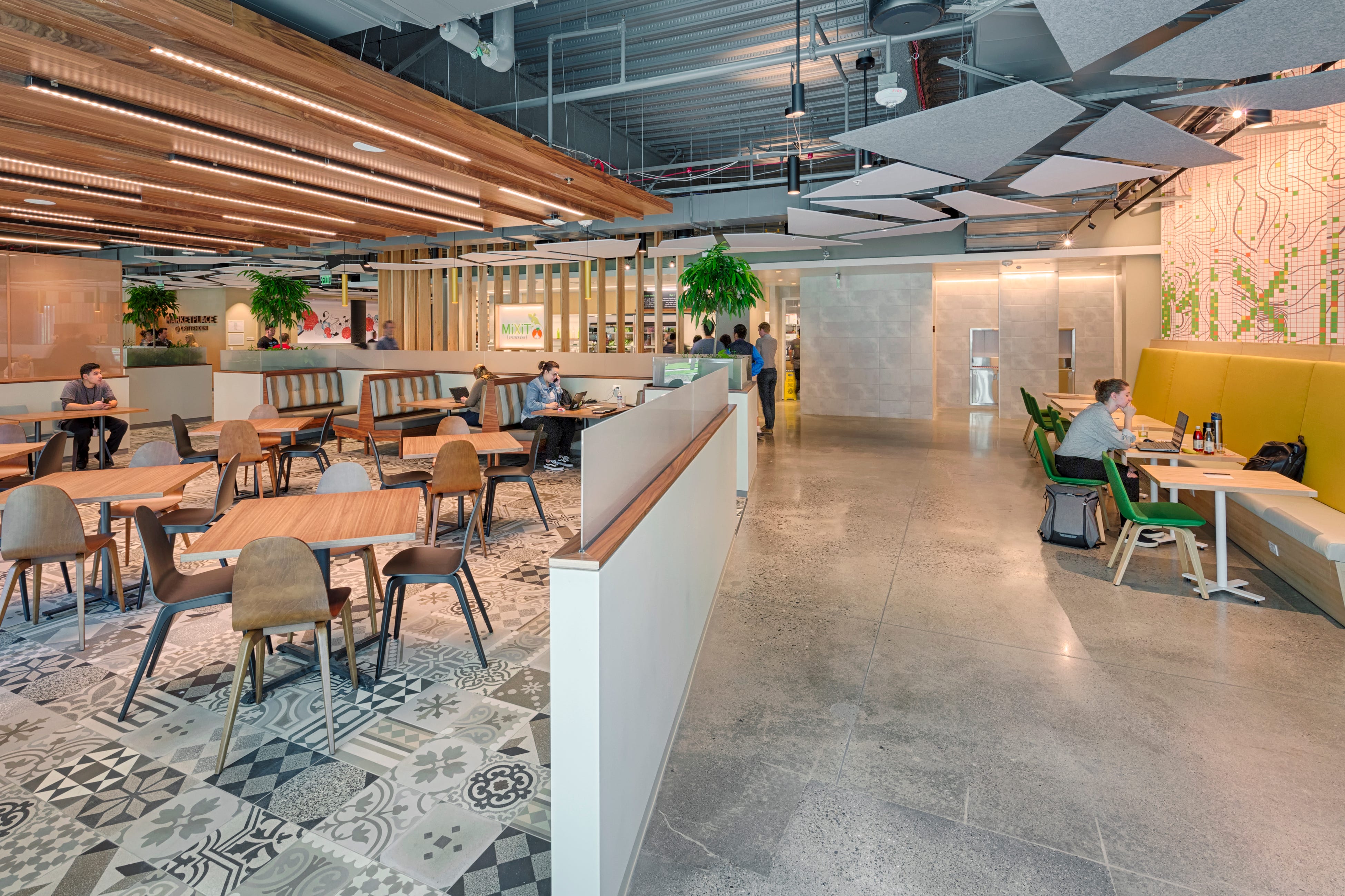 Partitions also allow natural light to flow between sections of the office. Nearly half of the space is occupied by the fitness centre, equipped with weights and machines. 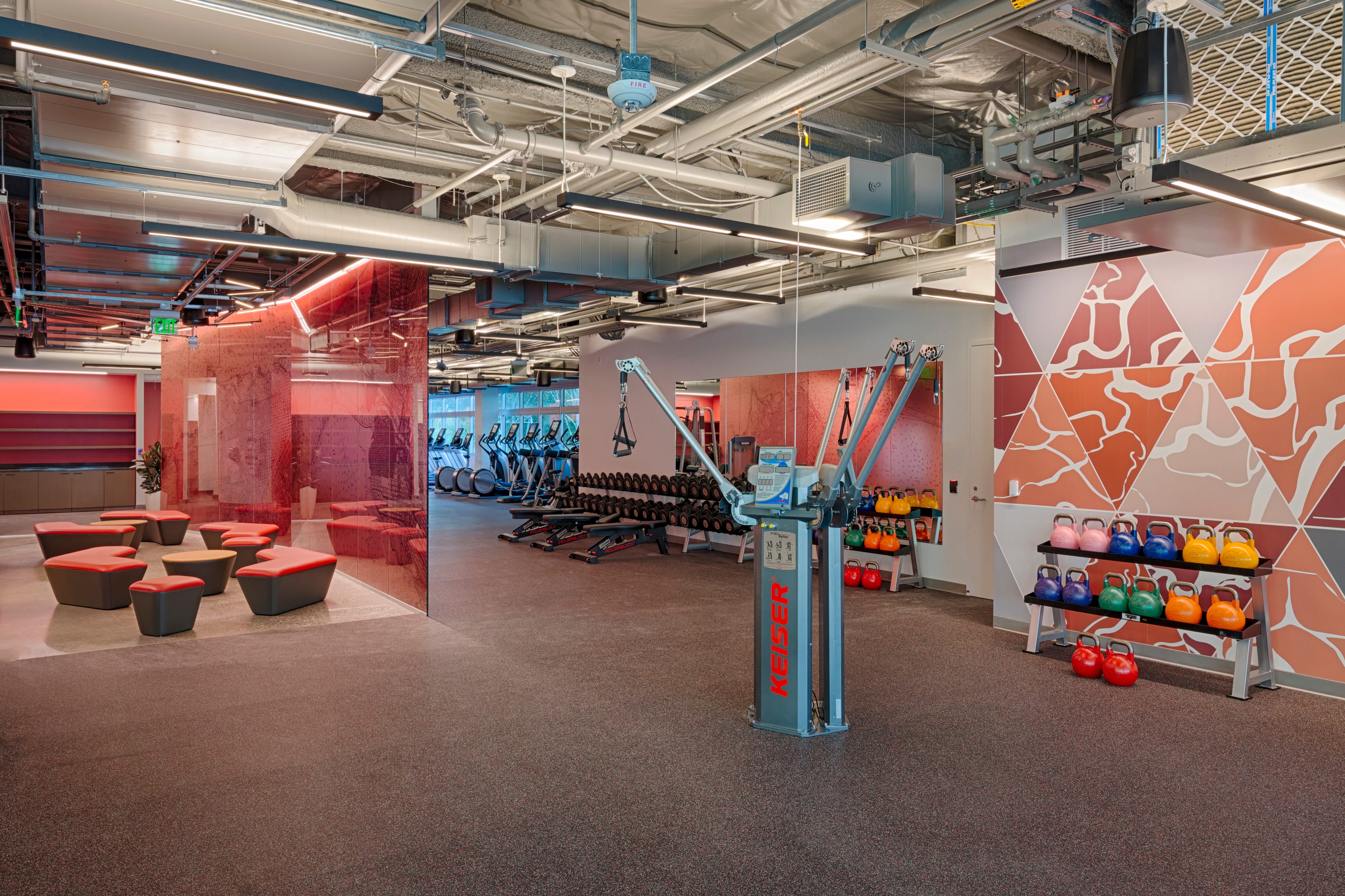 The salt mine theme even extends into the fitness centre, which has a map of the Bay Area on one wall, and seating areas that are shaped like salt outcrops. The locker room is sleek and modern. 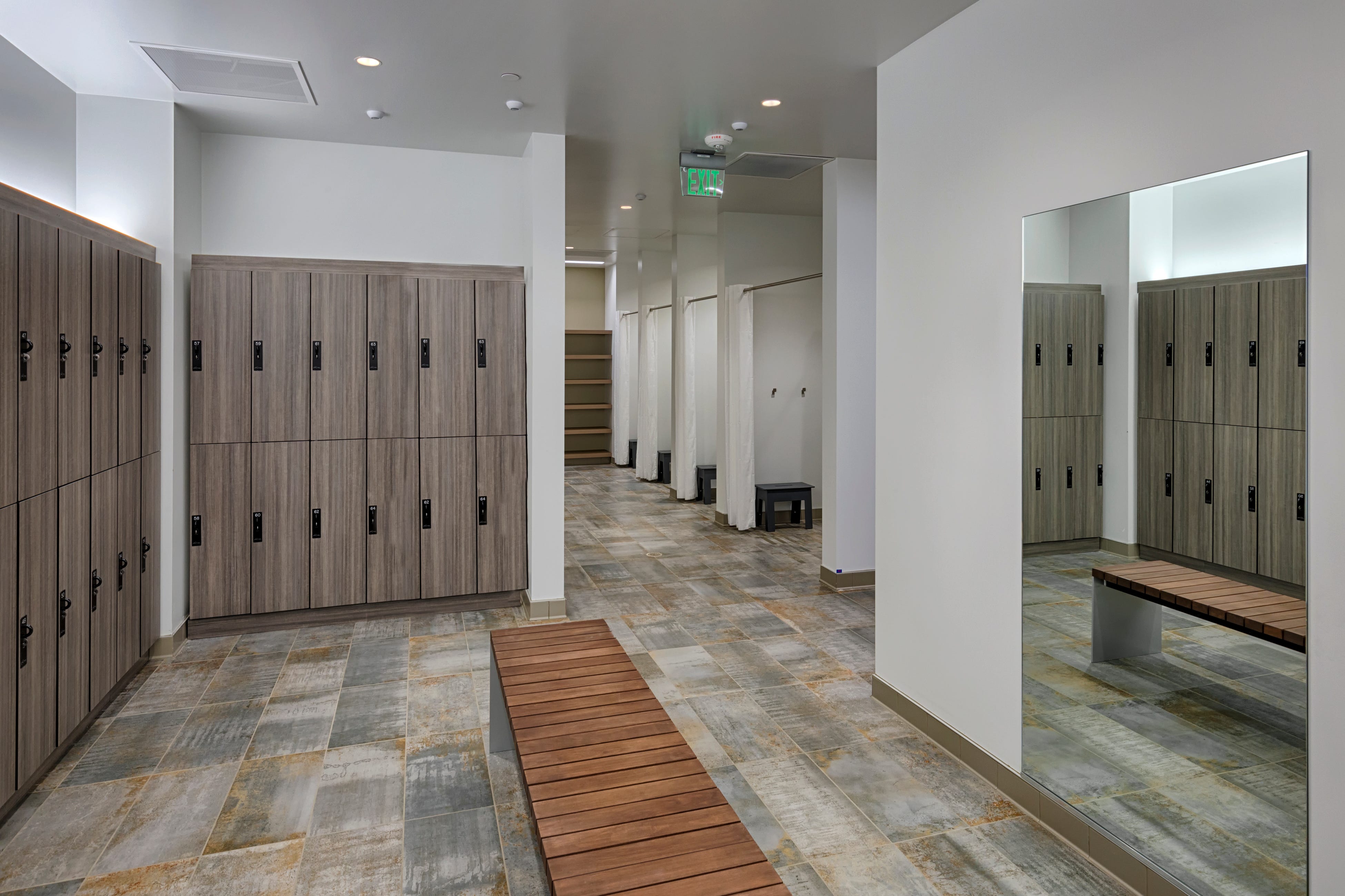 Finally, Google employees can hit the refresh bar to cool down after a workout. 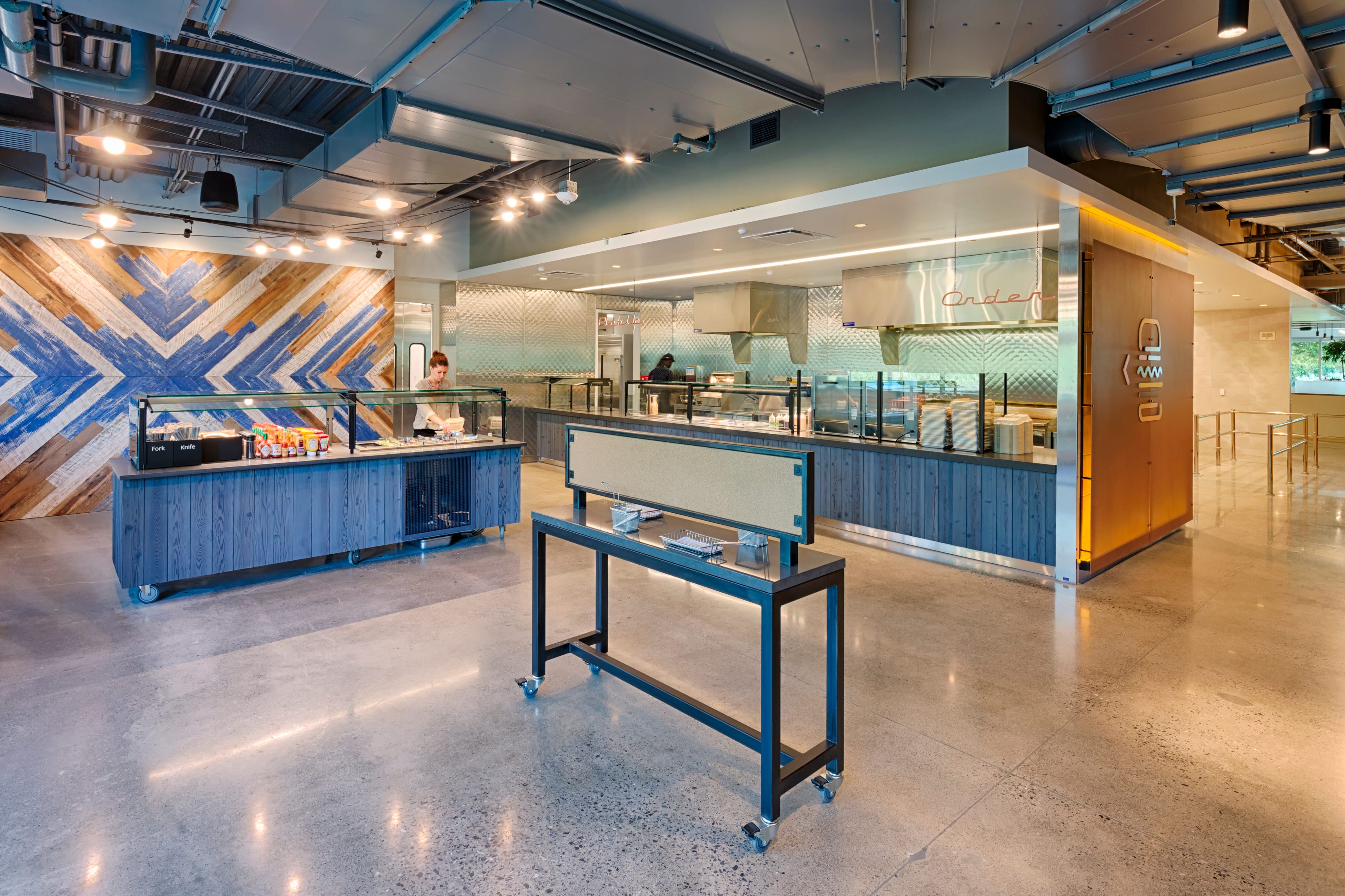