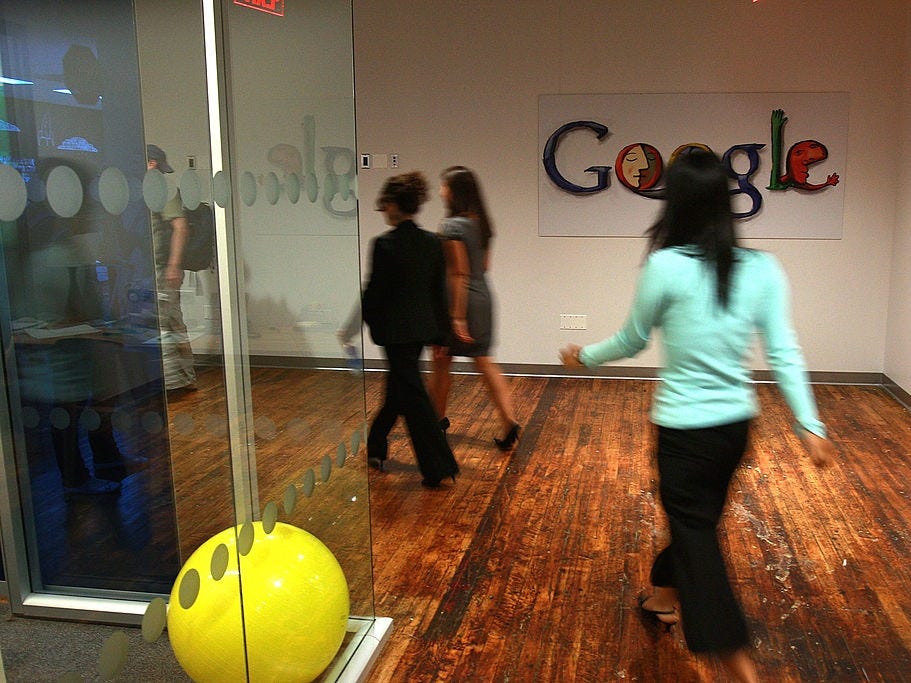 A group of women suing Google over gender-pay disparities has asked a California judge to grant the lawsuit class-action status, which would allow them to represent 10,800 other female Google employees.

The four former Google employees behind the lawsuit allege that Google paid women less than male peers across the board while offering women fewer benefits. The suit was first filed in 2017, and the plaintiffs asked for class-action status this week,Bloomberg first reported.

“Google paid women less base salary, smaller bonuses, and less stock than men in the same job code and location,” the women said in the lawsuit.

Women at Google are paid about $US16,794 less than men in similar positions, the suit claims, basing the estimate on an analysis by University of California Irvine economist David Neumark. If plaintiffs are successful in achieving class action status and win the suit, it could cost Google more than $US600 million in damages, according to Neumark’s estimate.

The plaintiffs say that Google violated California’s Equal Pay Act and its Unfair Competition Law with its policy of asking job candidates their prior salaries, which they say led to lower pay for women at Google.

The women who would be included in the class-action suit span roles at all levels of Google, and more than half are software engineers.

One plaintiff, Heidi Lamar, said she was told that her salary was lower than male counterparts because of her performance at work and the quality of her initial job interview.

But a Google evaluation of her interview that surfaced through the legal discovery process showed she had earned a high score from interviewers.

“I felt very vindicated when I saw my interview scores were higher than my male colleagues,” she told The Guardian. “I suspected as much, but it was nice to have it proven.”

Eileen Naughton, Google’s vice president for people operations, said in a statement to Business Insider that the suit’s accusations were “unfounded” and the company planned to defend its practices.

“Every year we run a rigorous pay equity analysis to make sure salaries, bonuses and equity awards are fair,” Naughton said. “If we find any differences in proposed pay, including between men and women, we make upward adjustments.

“Last year, we made upward adjustments for 2% of employees, across every demographic category, totalling $US5.1 million. We also undertake rigorous analyses to ensure fairness in role levelling and performance ratings.”

After the suit was first filed, Google asked a judge to dismiss it, but that request was denied in 2018.

There is some precedent for such a lawsuit to attain class certification. A similar gender-discrimination suit against Oracle was granted class-action status last May. But similar suits filed in 2015 by female employees at Twitter and Microsoft were denied class-action status.

A class-certification hearing in the Google case is scheduled for December 2.