Earlier this week we saw a funny post on Facebook from a Google employee who had just discovered a new company perk he’d never noticed before: “I’m Feeling Lucky!” condoms from the Mountain View campus health center.

The prophylactics come in a variety of colours and pay homage to Google’s iconic homepage button. So, Google employees can sport company colours while getting lucky.

Turns out, Google’s been giving out its quirky condoms for quite some time: 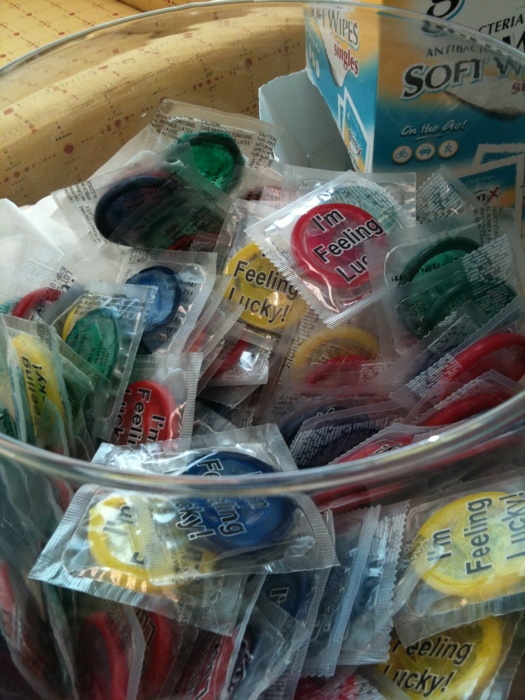 Even more interesting than Google’s current health center giveaway is the fact that cofounder Sergey Brin apparently once suggested that the company use its marketing budget to give out free, branded condoms to high school students.

That was back in the late 90s, when Google was only about a year old, and was Brin’s second idea after Susan Wojcicki shut down his proposition to boost the search engine’s brand awareness by “inoculating Chechen refugees against cholera,” according to an excerpt of a book by early employee Douglas Edwards published in The Wall Street Journal.

Good to know that Google’s all for safe sex (and sex jokes).