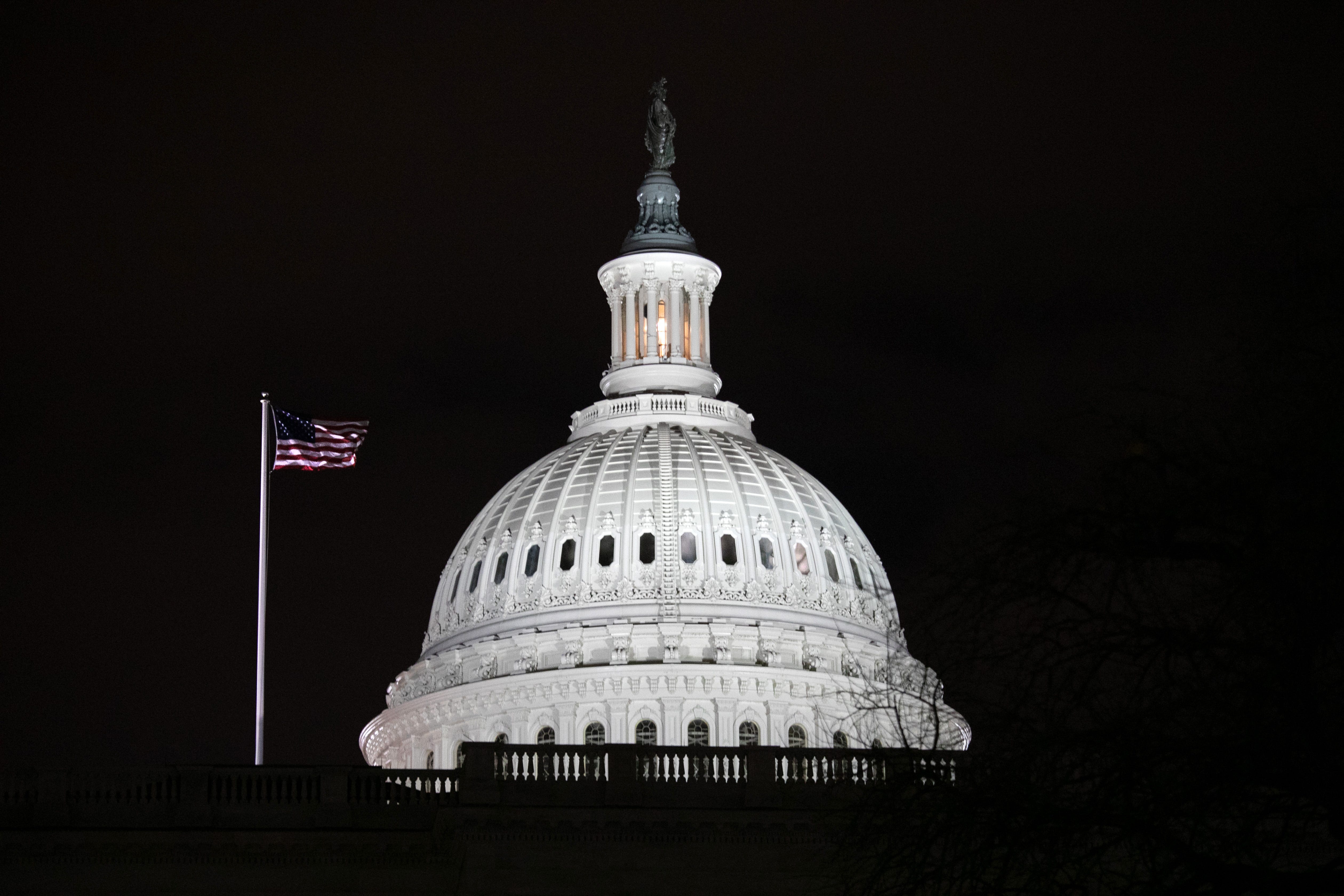 John Moore/Getty ImagesThe US economy suffered a record contraction in the second quarter of 2020.

Goldman Sachs has upgraded its outlook for the US economy this year, after the Democrats won control of the Senate, which increases the likelihood of more fiscal stimulus early on to combat the fallout from the coronavirus pandemic.

“With control of the Senate by a narrow margin, Democrats are likely to pass further fiscal stimulus in Q1 that we expect to total about $US750 billion, including $US300 billion in stimulus checks,” Goldman Sachs said in a note.

“However, discouraging news on the virus front â€” including the slow pace of vaccination and the emergence of more infectious virus strains â€” suggests the spending boost from stimulus will be more lagged than usual,” they said.

Goldman Sachs expects the economy to expand at a rate of 6.4% in 2021, compared with a previous forecast of 5.9% and a consensus forecast of 3.9%, making it one of the most bullish banks on Wall Street.


Wall Street experts are calling Georgia’s runoff results ‘the first surprise of 2021.’ Here’s how 4 of them recommend positioning your portfolio for what could happen next.

The US has the highest death toll from COVID-19, with more than 350,000 Americans dead and another wave of the virus is threatening to overwhelm hospitals in a number of states, as case numbers surge.

The economy suffered a record contraction in the second quarter of 2020, as businesses around the country shut down and millions were confined to their homes to stop the spread of the disease. Since then, more normal activity has resumed, but the infection rate continues to soar, which has dragged on job growth and consumer spending. 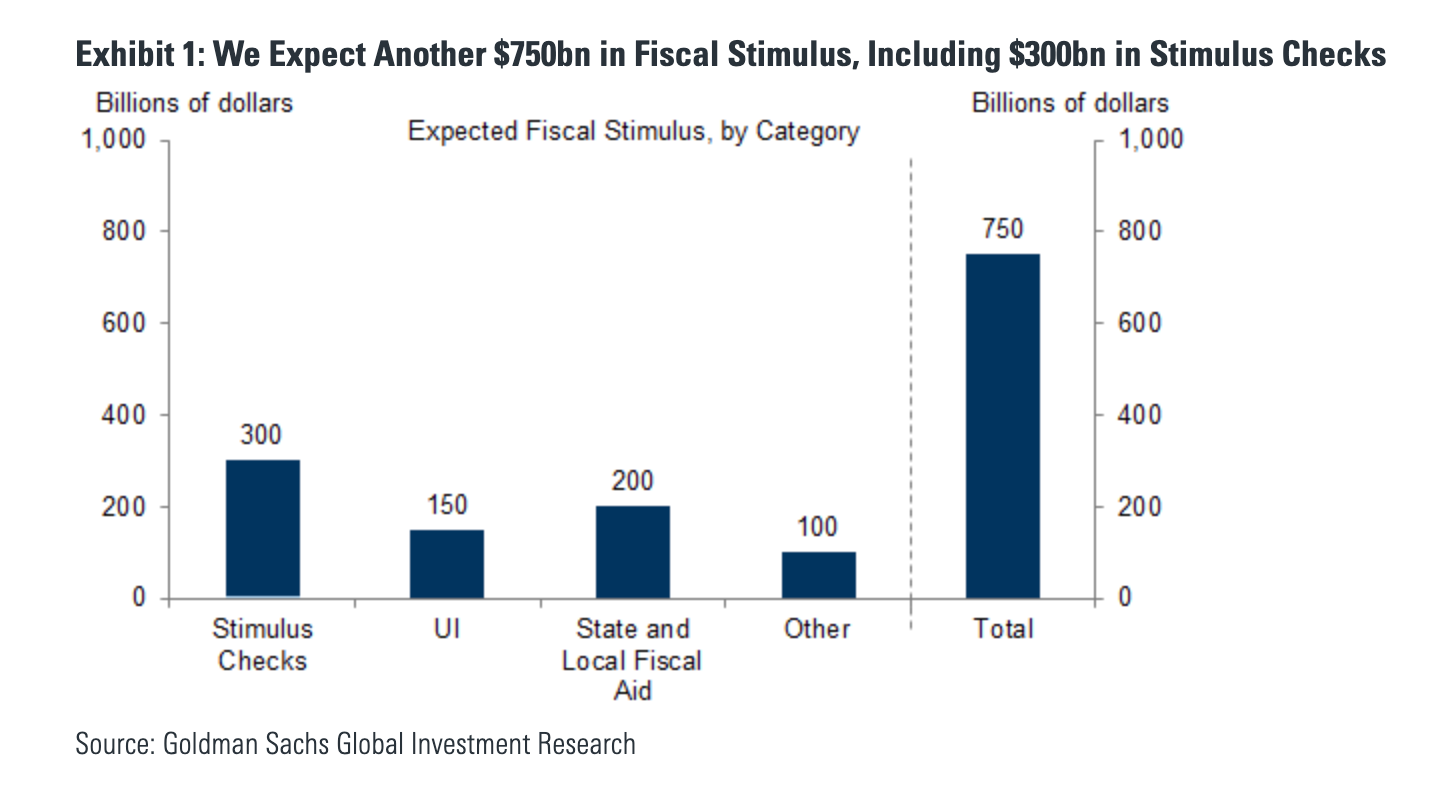 With more cash in their bank accounts, consumers should start spending again, although the slow pace of vaccination might mean many households remain cautious in the early part of the year, the bank said.

“While disposable income will grow impressively in 2021 Q1, substantially exceeding the 2020 Q2 CARES Act high, we expect the impact on consumer spending to be much less front-loaded than usual because of the virus situation,” Goldman said.

The bank added: “Even if early vaccination of high-risk groups alleviates some of the burden on hospital resources, virus spread and hospitalizations are likely to remain high among lower-risk groups who will not be vaccinated until later.”

It predicted that, as a result, state restrictions to control the virus will probably remain tight in Q1, and many households are likely to continue to cautiously avoid high-contact consumer services.

In terms of the outlook for interest rates, the faster pace of growth and the subsequent pickup in inflation will mean the Federal Reserve will likely raise interest rates sooner than many currently expect. Goldman said it had brought forward the timing of the first rate rise from the current rate of 0.25%.

“We have brought forward our forecast of the timing of liftoff from early 2025 to the second half of 2024 because we now expect the Fed’s high inflation bar for the first rate hike to be met a bit earlier,” Goldman said. 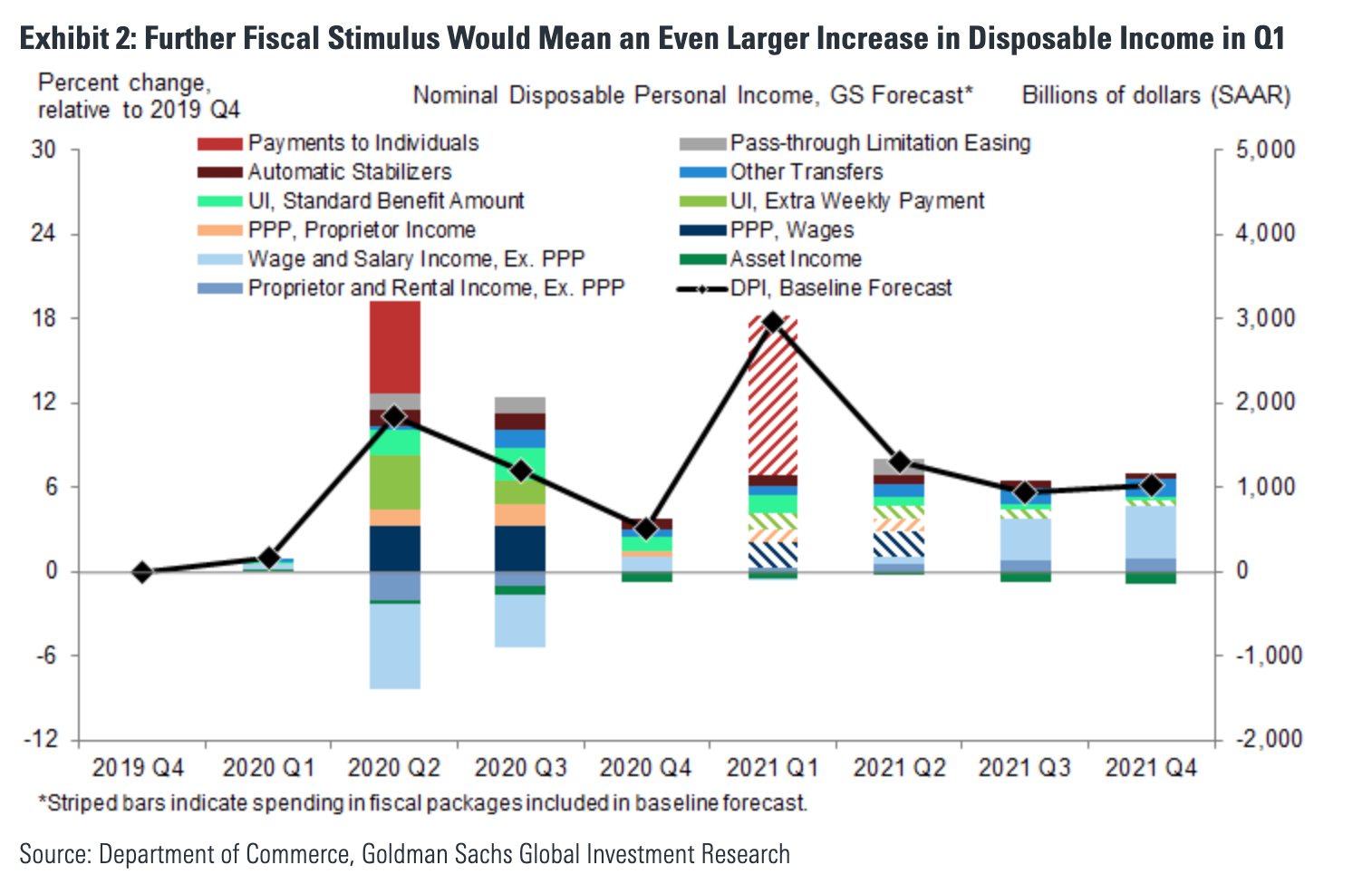