Just a few weeks ago, analysts were comfortable assuming that oil prices would finally stabilise and perhaps begin to recover in 2016. But that once-reasonable assumption on Wall Street is turning into a disaster.

Goldman Sachs is the latest firm to warn its clients that tumbling oil prices was bad news for stocks.

“This seemed reasonable several weeks ago,” Bianco said regarding his assumption that oil prices would average $55 per barrel in 2016. “But now it doesn’t.”

It’s a remarkable turn of the tide when you consider the fact that many of these forecasts were published just weeks ago. Kostin’s was published on November 23.

These warnings speak to the challenge of forecasting markets, especially the energy markets where what goes down can continue to go down. Indeed, what’s happening in the oil business has been unprecedented.

“We expect Energy will post a $2 per share loss in 2015 EPS, the first time that [last-twelve month] Energy EPS has been negative since our data series began in 1967,” Kostin said. “The write-down in Energy company assets has exacerbated the earnings hit from the 35% fall in Brent crude oil prices in 2015 following a 48% plunge in the commodity price in 2014.”

On Wednesday, Oppenheimer’s Fadel Gheit warned 2016 could be a worse year for energy stocks than 2015. 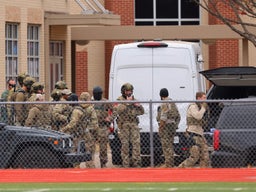