3 reasons why gold prices have struggled lately, according to Bank of America 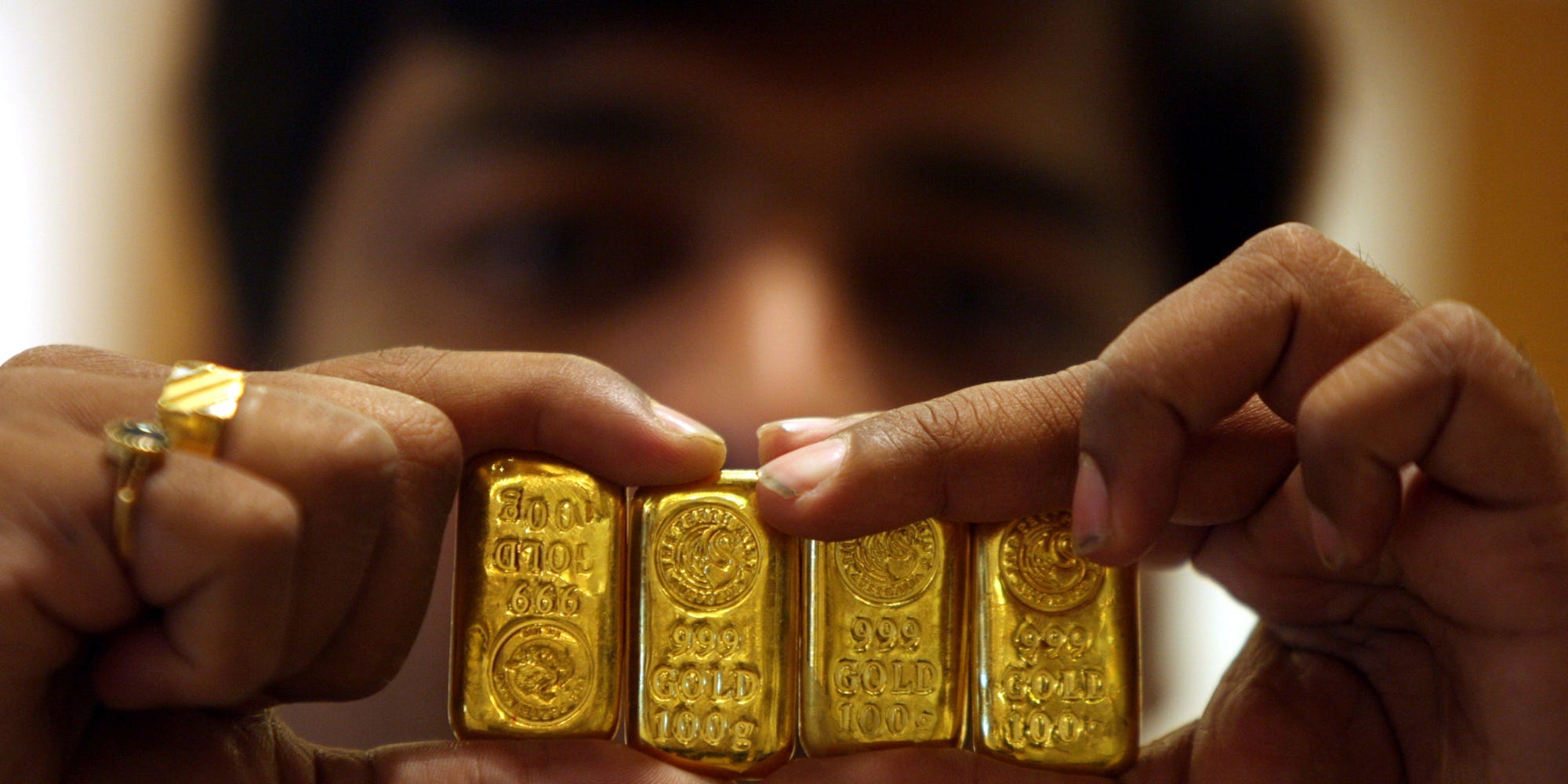 Gold prices have been weighed down by weaker physical demand for the precious metal and a “lack of interest'” from investors, according to Bank of America, which also said prices could still push above $US2,000 ($2,583) an ounce this year.

Spot gold prices have lost about 6% during 2021 to fall below $US1,800 ($2,324) per ounce. Gold prices climbed by roughly 22% in 2020, during which they settled for the first time above $US2,000 ($2,583). Prices last year benefited from investors piling into the perceived safety of gold as the COVID-19 pandemic unfolded and from low interest rates set by central banks as the health crisis persisted, analysts have said.

Gold prices traded around $US1,790 ($2,311) an ounce on Wednesday. Bank of America still expects prices to average $US2,063 ($2,664) in 2021, a forecast it set last year. But the bank’s commodity research team in a note published Tuesday said the gold market in recent weeks has bumped up against challenges after the “furious” rally early in the first half of 2020. Meanwhile, the commodity has been “walking the fine line between inflation and rates.”

Jewelry sales have been ‘disappointing,’ the firm said. The pandemic exacerbated softness in the key Indian jewelry market and last year stoked drop in sales in China, BofA said. China is one of the world’s largest markets for luxury goods.

“While activity has since expanded [year over year], it remains below longer-term ranges,” the analysts said.

Another headwind comes from weakness in traditional physical markets that “has been exacerbated by lack of interest from investors,” according to the note. Assets under management at physically backed metals ETFs declined following “persistent” inflows during the first half of 2020. Assets under management at the vehicles in recent years have ballooned to $US193 ($249) billion.

Changes in the global macro backdrop have discouraged investor inflows into gold, and the gold market “has struggled to price in reflation,” the bank said. Inflation expectations have accelerated as Washington lawmakers consider approving a $US1.9 ($2) trillion fiscal stimulus package. At the same time, the rollout of coronavirus vaccinations has bolstered economic growth prospects.

“On its own, this is usually bullish gold,” BofA said of increased inflation expectations. “Yet, an increase in breakevens has fed straight through into nominal rates. As a result, real rates, usually the key driver of the yellow metal, have remained in a tight range since autumn,” BofA said.

The 10-year break-even rate, a gauge of the market’s inflation expectations, hit 2.2% this week, the highest level since 2014, according to Bloomberg data. That breakeven rate is the difference in yield between 10-year Treasuries and 10-year Treasury Inflation-Protected Securities, or TIPS.

The bank said the divergence between real rates — which are adjusted for inflation — and nominal rates has been influenced in part by concerns that central banks will start tightening monetary policy in the face of a global economic rebound.

“The implications of this apprehension has been mirrored in the mini-taper tantrum earlier this year, when gold dropped by 5%, as 10-year rates rallied by 23 [basis points],” said BofA.

Rising rates can make bonds and other assets more attractive to investors than gold, which bears no interest.