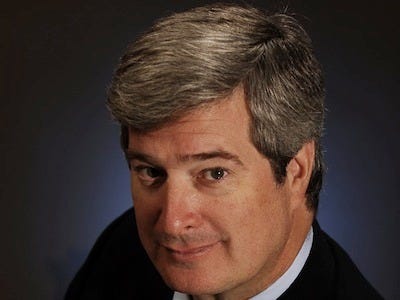 G/O Media just laid off members of its video staff, according to an internal memo reviewed by Business Insider.

Jim Rich, the company’s editorial director, told staff in an internal memo that it would reduce the number of people working for Lily Nguyen, G/O’s head of video. Rich said in the emailed memo, reviewed by Business Insider, that the decision came after “two months” of conversations with Nguyen and other editorial heads, and “extensive examining” of audience numbers in video content.

Rich did not reveal the official number of people laid off in the memo, but multiple sources familiar with the matter said 15 people have been laid off so far.

“I am sorry for the pain that this will cause those on your teams,” Rich said in his email. “My hope is that this will allow us to improve other areas of need and, in the end, make our sites stronger. I will be working with Jim Spanfeller and Tom Callahan to figure out how best to reallocate the resources being moved from the video team.”

G/O Media provided the following statement to Business Insider: “”In our efforts to strengthen editorial teams at G/O Media, we completed a thorough evaluation of our traffic and sites. In doing so, we’re making the unfortunate but necessary decision to change our current process of video production. While an important part of the business, some resources currently dedicated to video would be better used across other areas of the company, including editorial, and are being reallocated accordingly. As we evaluate the future of our video production structure, some of our video staff will be affected, effective today. It is always difficult to make these decisions, and we thank the affected employees for their time with us and wish them only the best.”

On a Friday last month, G/O Media fired Imani Bashir, the sole Black writer for its Lifehacker website. Business Insider also reported in July on how G/O Media had disproportionately enforced violations of a new company dress code against Victor Jeffreys II, a longtime queer worker of colour, who was fired on New Year’s Eve.