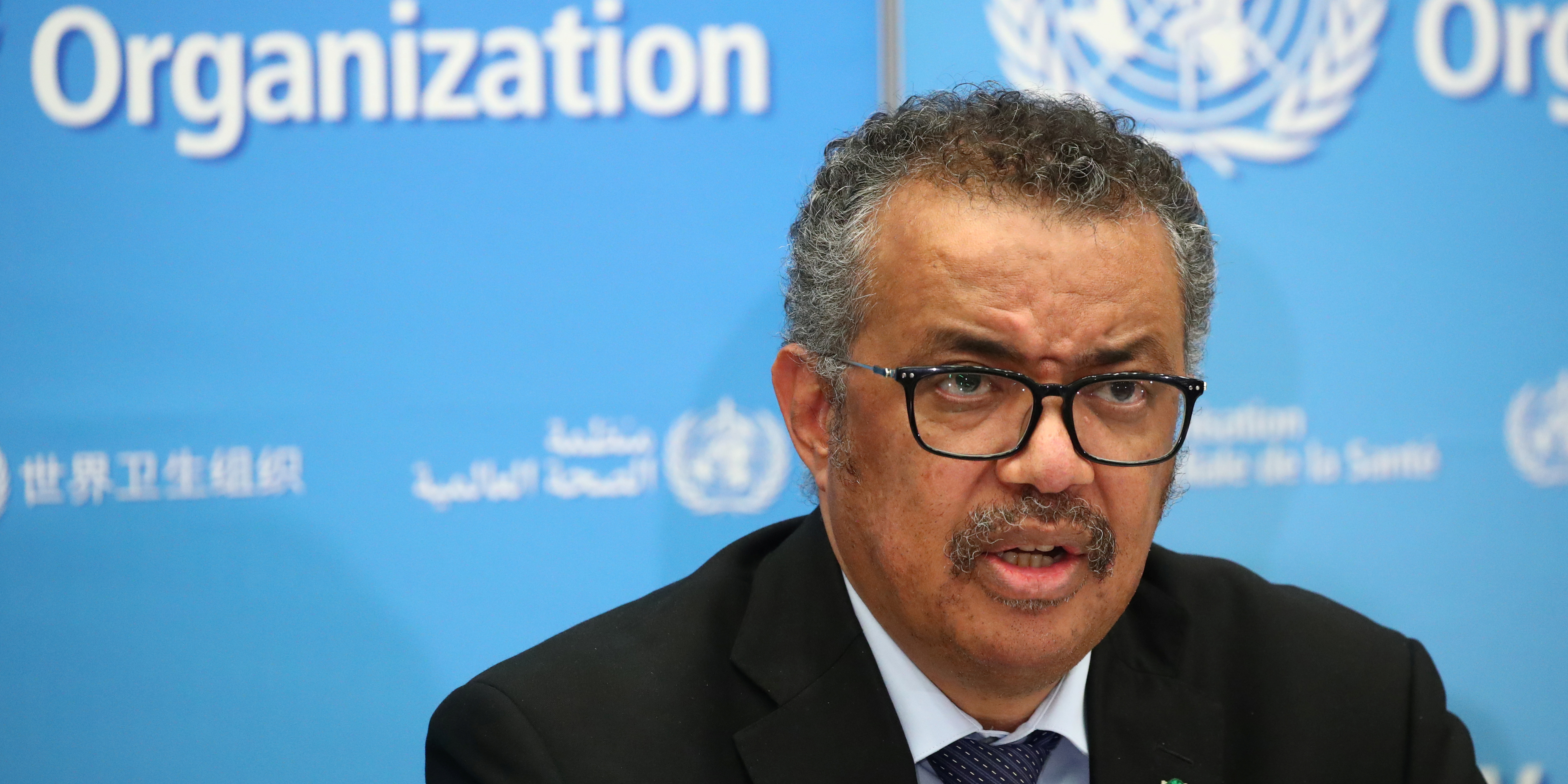 Amid global panic around the spread of coronavirus, Tedros Adhanom Ghebreyesus, the director-general of the World Health Organisation (WHO), called on global markets to “should calm down and try to see the reality.”

“We need to continue to be rational. Irrationality doesn’t help. We need to deal with the facts,” Ghebreyesus said Sunday during a panel discussion at the King Salman Humanitarian Aid Centre’s International Humanitarian Forum in Riyadh, Saudi Arabia, according to CNBC.

His comments came after stocks closed at an all-time high on February 19, but just over a week later, on February 28, the S&P 500 finished its worst week since the 2008 financial crisis, as Markets Insider reported. The Dow Jones dropped 3,500 points over the week, 12% higher than its largest weekly point loss in history and the biggest percentage loss in over a decade, CNBC reported.

The coronavirus outbreak’s impact on the economy could be the worst seen since the 2008 crash, strategists at Bank of America said, according to Markets Insider.

The virus, which is believed to have originated at the end of last year in Wuhan, China, has spread to over 50 countries. The outbreak has so far killed at least 2,976 people and infected more than 86,000, mostly in China.

WHO has hesitated to call the coronavirus outbreak a pandemic, but some health experts say that it is.

On Saturday, the Centres for Disease Control confirmed the first the US reporterd its first coronavirus death. At a press conference confirming the death, Vice President Mike Pence, who leads the White House coronavirus task force, announced new measures to attempt to limit the spread of coronavirus, including expanding travel restrictions and raising warnings against travelling to certain regions with a growing number of cases.

Still, Ghebreyesus said he believed that containing the virus and stopping its spread remained likely.

“Based on the facts on the ground, containment is possible,” he said, CNBC reported. “But the window of opportunity for containing it is narrowing. So we need to preparing side by side for a pandemic.”

Ghebreyesus added that the virus could “change direction” and become “worse,” according to the Sunday report, but urged the public to focus on facts rather than fear.

I survived swine flu as a teenager and it taught me one crucial lesson about life during an epidemic: Don’t panic