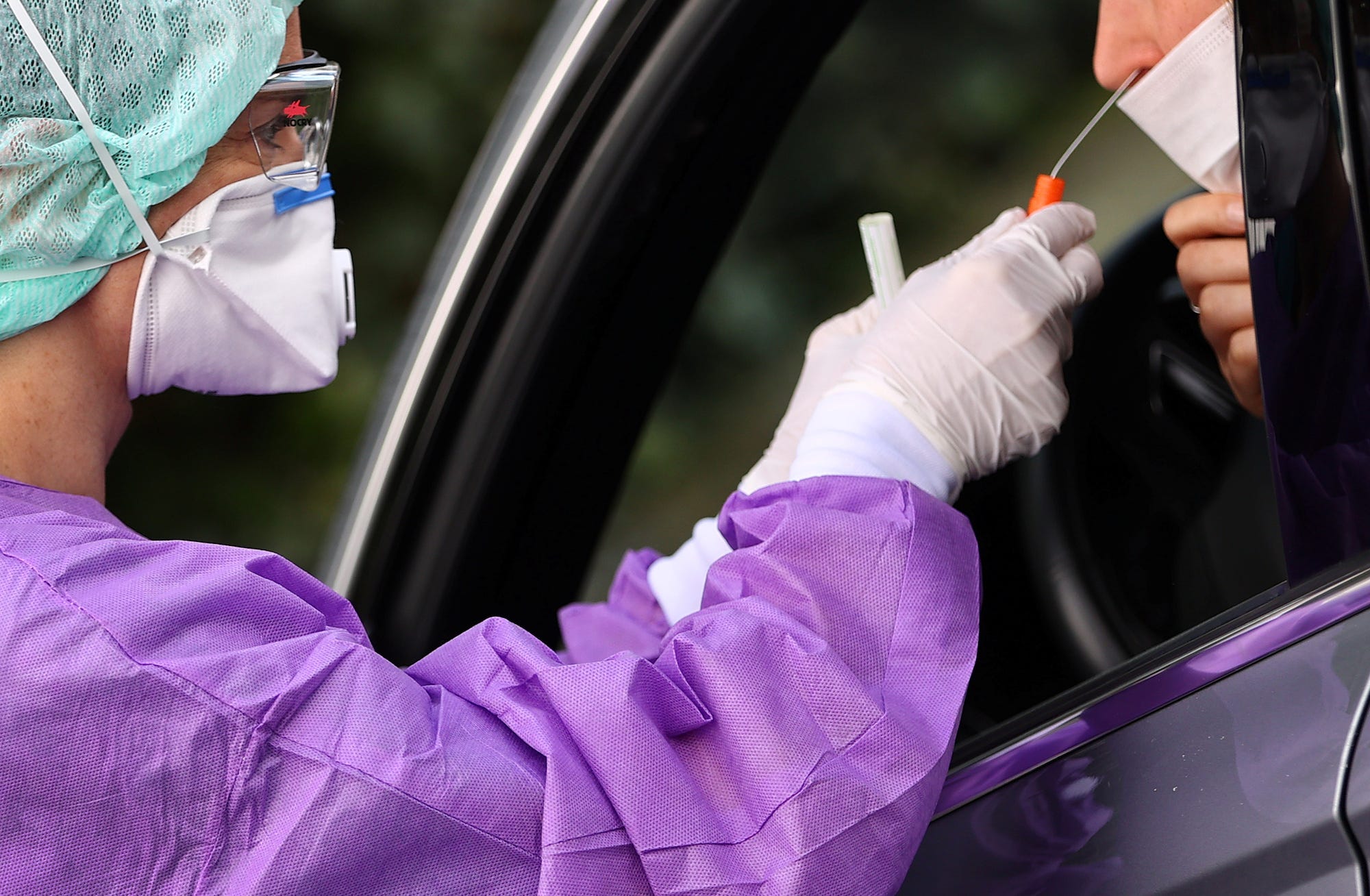 The number of known coronavirus infections around the world pushed past 2 million overnight on Tuesday. Just 10 days ago, the number of confirmed cases hit 1 million, and it took more than 3 months since the first infection to reach that level.

That’s according to data aggregated by Johns Hopkins University, which keeps a running tally of the number of around the world. The number of confirmed cases of COVID-19, the respiratory disease caused by the virus, jumped to 2,000,984 as of 8:34 a.m. ET on April 15. (Previously, an apparent error with Florida’s caseload – about 100,000 too many – briefly pushed the tracker beyond 2 million on Monday until the mistake was corrected.)

The global number of known cases has grown by about 70,000-100,000 daily over the past week. Those killed by COVID-19 or complications related to the disease now stands at more than 128,000. However, that number is a bare minimum: Many probable coronavirus deaths, including an as-yet unknown number of at-home cardiac arrests in the US, are not being tested or counted toward this total.

The US is the country with the largest number of coronavirus cases by far, with over 600,000 cases as of Wednesday morning. It has recorded at least 26,000 deaths, with about one-third of deaths taking place in New York state.

China, the former epicentre of the disease, has reported more than 83,300 cases and 3,345 deaths. The country has begun to slowly reopen its industries after weeks of reporting no new domestic cases. But on Sunday, the country’s National Health Commission reported 108 new cases, which authorities say mainly originated abroad, prompting concerns of a second wave of infection. (The US intelligence community also believes China’s numbers are too low.)

Italy has also emerged as a hotbed for infection, and its cases per capita infection rate has consistently been higher than others. As of Wednesday morning, the country recorded more than 162,000 cases and over 21,000 deaths.

Experts say that the high rate of infection in Italy may be due to its ageing population who are more susceptible to severe cases of COVID-19. The country has one of the world’s oldest populations, with 60% of people aged over age 40. Italian doctors treating coronavirus have also reportedly considered prioritising younger, healthier patients who have a higher survival rate, leaving the elderly more at risk.

Spain has the second-highest number of coronavirus cases globally, with at least 177,000 cases confirmed as of Tuesday. More than 18,500 people there have died from the disease. Despite the growing case count, the country is beginning to ease its strict lockdown measures in order to restart its economy. On April 13, Spain’s government lifted some restrictions and allowed some businesses whose employees cannot work remotely to return to work, according to the BBC.

Denmark and Austria have also said they are aiming to begin lifting their lockdowns, should the number of coronavirus cases within their borders continue to decline.

But despite renewed confidence about stopping the disease spread, experts have warned that lifting restrictions too early may lead to a “second wave of infections” in countries that gained an upper hand on the disease.

“There are huge and complex tradeoffs between health and the economy,” said Nick Wilson, a professor at the Department of Public Health at the University of Otago in New Zealand. “And some business people possibly think that it is better to keep the economy functioning at a higher level – even if it might mean a large death toll.”

On Tuesday, a group of infectious-disease researchers at Harvard University wrote in a new study that off-and-on periods of social distancing – between 25% and 75% of the time – may be required through 2022 to prevent overwhelming hospitals. But the scientists offered some shred of hope.

“New therapeutics, vaccines, or other interventions such as aggressive contact tracing and quarantine… could alleviate the need for stringent social distancing,” the team said.

Apple and Google recently announced one such digital contact-tracing solution, and one crafted with significant input by an independent non-profit called PEPP-PT, according to reporting by Business Insider.

The World Health Organisation on Saturday said 70 vaccines are in the works globally, with clinical trials moving forward at an unprecedented clip. Despite the huge number, though, it will likely take at least 12 to 18 months to prove out the first safe and effective vaccine, if there is one at all.

Correction (10:30 a.m. ET on April 14, 2020): An error with Florida’s reported cases caused JHU’s tracker to briefly top 2 million on Monday evening. The corrected number was more than 1,935,000 as of Tuesday morning but exceeded 2 million within 24 hours.