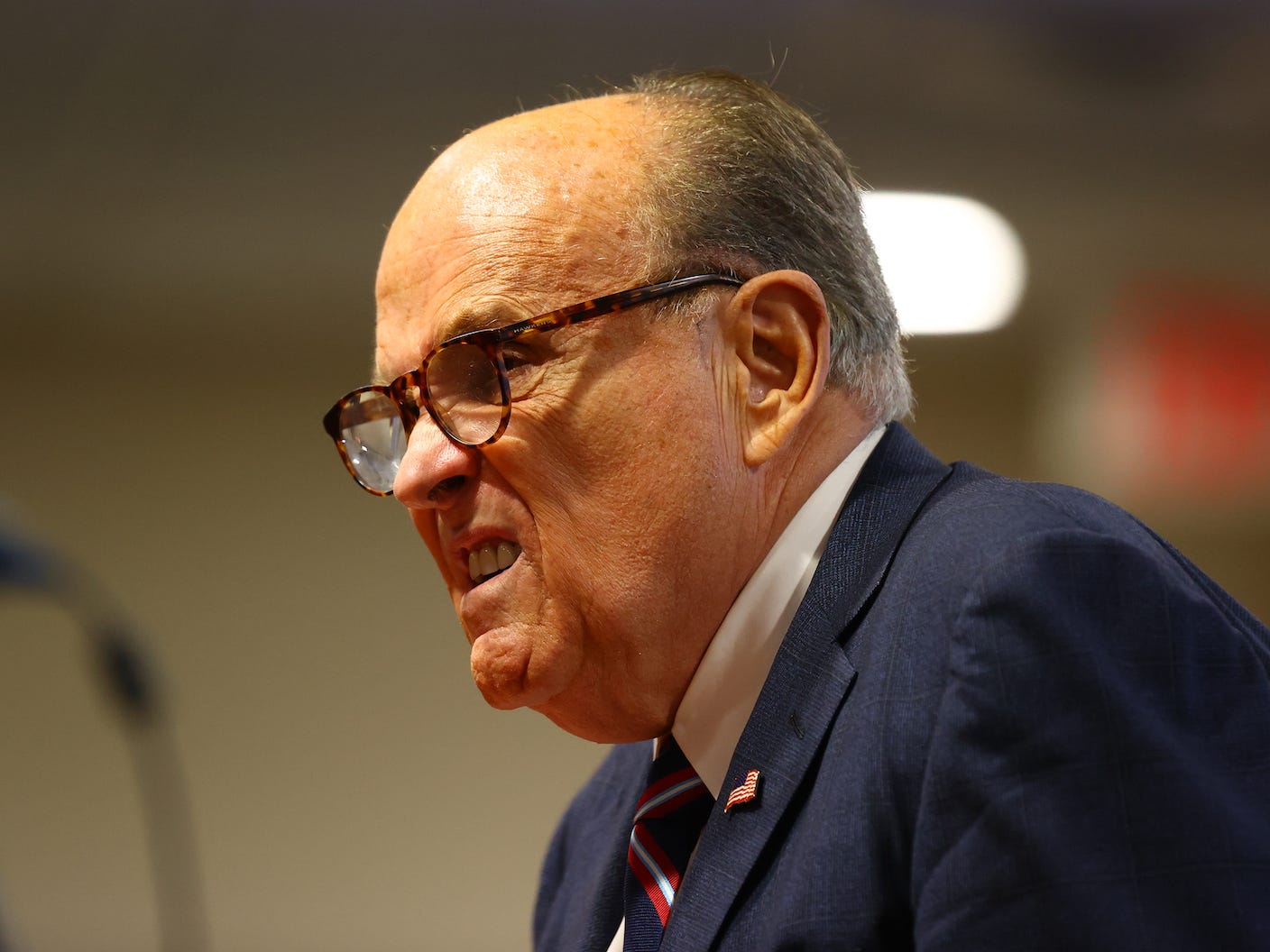 On Wednesday, Giuliani called Sen. Tommy Tuberville of Alabama to strategize about successfully slowing down the Electoral College roll call at the Capitol. The problem? Giuliani called the wrong person.

He instead left a voicemail with another (unnamed) senator, who then forwarded a recording of the call to The Dispatch.

In the call, Giuliani seems to outline a strategy to “slow down” the counting of electoral-certification votes and acknowledge that President Donald Trump’s team has run out of legitimate challenges to Joe Biden’s election win.

“The only strategy we can follow is to object to numerous states and raise issues so that we get ourselves into tomorrow â€” ideally until the end of tomorrow,” he said. “So if you could object to every state and, along with a congressman, get a hearing for every state, I know we would delay you a lot, but it would give us the opportunity to get the legislators who are very, very close to pulling their vote.”

He then expressed frustration with Senate Majority Leader Mitch McConnell, who has in recent weeks splintered off from Trump’s party line that the presidential election had been stolen from him. This claim has repeatedly been refuted and is based on conspiracy theories.

“I know McConnell is doing everything he can to rush it, which is kind of a kick in the head because it’s one thing to oppose us, it’s another thing not to give us a fair opportunity to contest it,” Giuliani said.

Giuliani appeared at Trump’s White House rally on Wednesday, in which the president encouraged his supporters to walk to the Capitol to protest.

The former New York City mayor appeared to be in lockstep with Trump, at one point suggesting the election be determined via “trial by combat.”

Giuliani told the gathered crowd that slowing down the electoral-vote count would allow for a more thorough look at “fraudulent” ballots and “crooked” machines, despite there being no evidence of widespread voter or electoral fraud.

“Over the next 10 days, we get to see the machines that are crooked, the ballots that are fraudulent and we’re wrong, we will be made fools of,” he said. “But if we’re right, a lot of them will go to jail.”

This is the second recording of a call that’s made headlines for Trump and his allies this week. On Sunday, The Washington Post released audio of a call in which Trump urged Georgia’s secretary of state to “find” enough votes to make Trump the winner in the state.