Rudy Giuliani admits Biden is president hours after being sued for $1.3 billion by voting-machine company 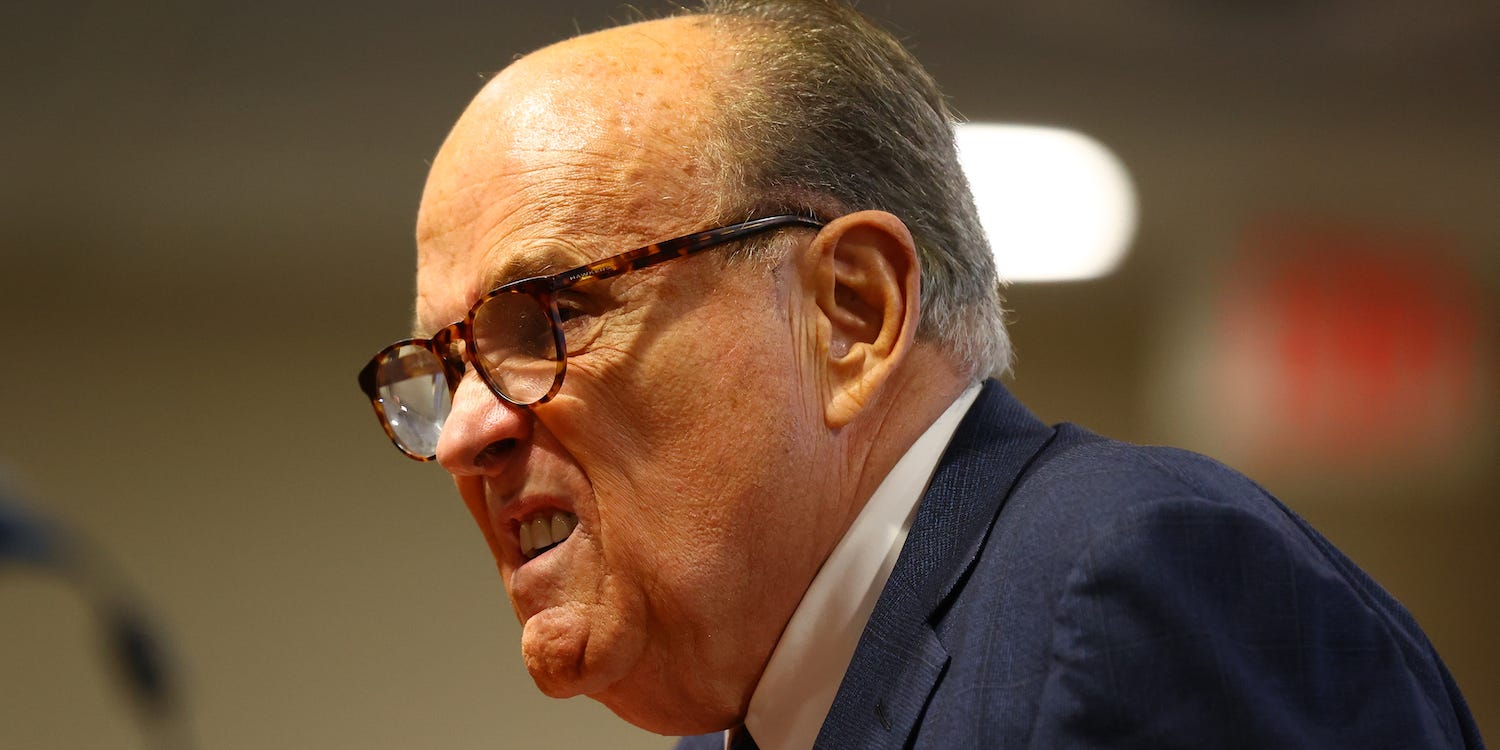 Rudy Giuliani acknowledged for the first time Monday that Joe Biden won the 2020 US presidential election.

“As far as this election is concerned, it’s over,” Giuliani said on his radio show on WABC-AM, according to the New York Times reporter Azi Paybarah.

After Dominion filed its lawsuit, Giuliani put out a statement saying the action would “allow me to investigate their history, finances, and practices fully and completely.”

“The amount being asked for is, quite obviously, intended to frighten people of faint heart,” the statement continued. “It is another act of intimidation by the hate-filled left-wing to wipe out and censor the exercise of free speech, as well as the ability of lawyers to defend their clients vigorously. As such, we will investigate a countersuit against them for violating these Constitutional rights.”

Giuliani took a combative stance during Monday’s radio show as well, saying, “We’ll have a nice fight” and “I fight in the courtroom.”

Dominion’s lawsuit is the latest legal minefield for Giuliani, who is also under federal criminal investigation by the Manhattan US attorney’s office over whether he violated foreign-lobbying laws. Earlier this month, a New York state senator referred Giuliani for disbarment over his unsubstantiated and far-fetched claims of election malfeasance.

Among other things, the former mayor, who is also Trump’s personal defence attorney, suggested after the November election that Dominion and another voting-tech company, Smartmatic, colluded to switch votes from Trump to Biden in battleground states.

Giuliani and conspiracists like the GOP lawyer Sidney Powell also embraced and amplified the baseless allegation that Democrats and voting-machine companies conspired with dead communist dictators to steal the election from Trump (they didn’t).

Multiple right-wing outlets moved to clarify their coverage of these claims after Dominion and Smartmatic threatened legal action. Last month, the pro-Trump network Newsmax put out a lengthy video acknowledging it had “no evidence” that any of the claims it aired about the two companies were valid.

After Dominion filed its lawsuit against Giuliani this week, the company’s CEO, John Poulos, accused him of having “actively propagated disinformation to purposefully mislead voters.”

He continued: “Because Giuliani and others incessantly repeated the false claims about my company on a range of media platforms, some of our own family and friends are among the Americans who were duped.”

Business Insider’s Grace Dean and Jacob Shamsian reported that the lawsuit detailed how Giuliani continually accused Dominion of engaging in election fraud and having lax security measures. In addition to pointing to several people who believed his claims, the lawsuit also mentioned a speech he gave at a Trump rally preceding the deadly Capitol siege on January 6 to illustrate the effect of his statements.

At the rally, Giuliani called for “trial by combat” to stop Congress from formalising Biden’s victory. Trump also urged his supporters to march to the Capitol to block the process, after which thousands of pro-Trump insurrectionists stormed the building and some ransacked offices, stole property, and tried to hunt down lawmakers.

The attack resulted in five deaths and multiple injuries, and the Justice Department has charged more than 100 people in connection to the event. Giuliani, who was angling for a presidential pardon from Trump but did not receive one, said during the January 7 episode of his radio show that “violent rioters must be condemned.”