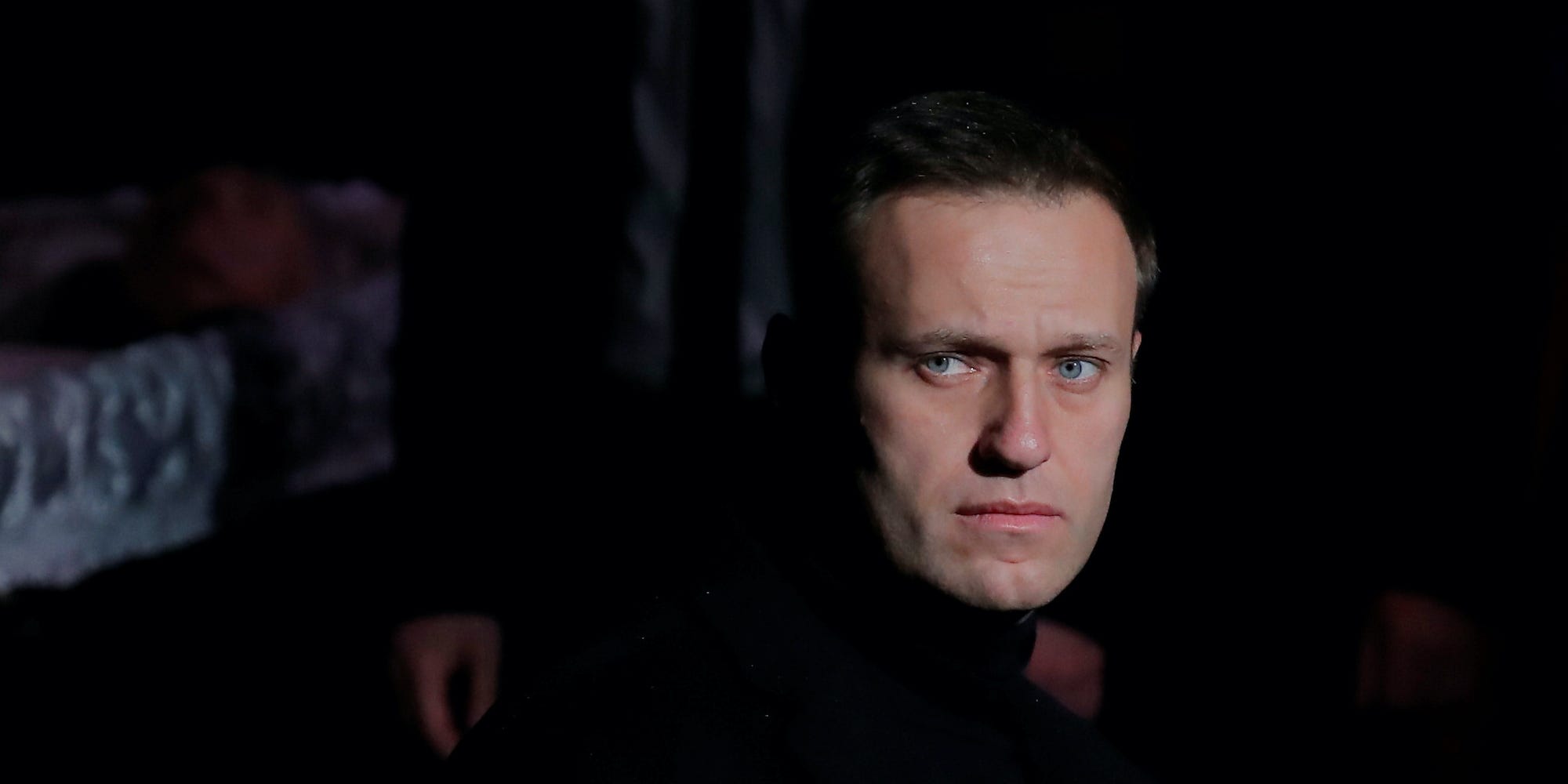 The German government on Wednesday said toxicology tests showed that Alexei Navalny was poisoned with the nerve agent Novichok.

Germany demanded an explanation from the Russian government.

“The German government condemns this attack in the strongest possible terms,” Steffen Seibert, a representative for Chancellor Angela Merkel, said in a statement. “The Russian government is urgently requested to explain what happened.

“It is a startling event that Alexei Navalny was the victim of an attack with a chemical nerve agent in Russia,” Seibert said, adding that the German Foreign Office would inform the Russian ambassador of the findings.

Navalny, 44, is widely considered to be Russian President Vladimir Putin’s most prominent opponent. He fell ill on a flight back to Moscow from Siberia last month, and Navalny’s team suspected he’d been poisoned.

Initially, authorities would not allow Navalny to be transferred to Germany from the Siberian hospital where he was being treated. Navalny’s team suspected they wanted to hold him there until there was no longer any trace of poison in his system. The Russian doctors treating Navalny rejected claims that he’d been poisoned.

Russian officials ultimately permitted Navalny to be flown to Germany for further treatment. German doctors said in late August that Navalny had likely been poisoned.

There’s a growing list of critics and opponents of Putin who’ve been poisoned, and the nerve agent Germany said it found in Navalny’s system has been used to poison other Russian dissidents; Novichok was used in the attempted assassination of the former Russian spy Sergei Skripal in March 2018.

“The identification of the poison as being one of the family of Novichok agents points extremely strongly towards the Russian government being responsible for this outrage,” Andrea Sella, a professor of inorganic chemistry at University College London, told CNN.

“The Russian government has the motivation for it, but also the track record on multiple levels,” Sella added. “It shows both their ruthlessness but also their level of impunity. It is clear that they care little about international opinion and are prepared to act because they know that the consequences are extremely small.”

Novichok, meaning “newcomer” in Russian, refers to a class of nerve agents first developed by the Soviet Union during the Cold War in the 1970s and 1980s.

The use of Novichok agents is banned in warfare under the Chemical Weapons Convention of 1997, of which Russia is a signatory.

Novichok agents are said to be far more toxic than other nerve agents. “This is a more dangerous and sophisticated agent than sarin or VX and is harder to identify,” Gary Stephens, a pharmacology expert at the University of Reading, told BBC News.

Nerve agents like Novichok cause many bodily functions to fail by disrupting messages from nerves to other muscles, according to BBC News. An initial sign of exposure is miosis, or the excessive constriction of the pupils.

A large enough dose of the chemical can lead to heart failure or stop a person’s breathing. In short, exposure to Novichok can be fatal.

A June 2018 paper from researchers including Dr. Peter R. Chai, from the Division of Medical Toxicology in the Department of Emergency Medicine at Brigham and Women’s Hospital in Boston, said that “exposure to Novichok agents is fatal unless aggressively managed,” adding that “symptoms rapidly progress to seizures, respiratory paralysis, bradycardia, coma, and death.”

Andrei Zheleznyakov, a Russian military researcher, is the first person known to have been exposed to Novichok, when a fume hood malfunctioned as he was working at a Soviet chemical-weapons lab in 1987.

“Circles appeared before my eyes: red and orange. A ringing in my ears, I caught my breath. And a sense of fear: like something was about to happen. I sat down on a chair and told the guys: it’s got me,” Zheleznyakov said in an interview with a now defunct Russian newspaper, per The Guardian. Zheleznyakov died in 1993 after continuous health issues linked to his exposure to the nerve agent.

The German government’s Wednesday announcement about Navalny is likely to increase tensions between Moscow and the West, though US President Donald Trump has faced criticism for barely addressing the matter, as well as allegations of being too soft on Putin.

“We will work with allies and the international community to hold those in Russia accountable, wherever the evidence leads, and restrict funds for their malign activities,” National Security Council spokesman John Ullyot said. “The Russian people have a right to express their views peacefully without fear of retribution of any kind, and certainly not with chemical agents.”

The US State Department did not immediately respond to a request for comment from Insider on Wednesday.

Secretary of State Mike Pompeo said in a statement on Navalny on August 25 that the US was “deeply concerned” by German doctors’ preliminary conclusions that the anticorruption campaigner was likely poisoned.

“If the reports prove accurate, the United States supports the EU’s call for a comprehensive investigation and stands ready to assist in that effort,” Pompeo added.