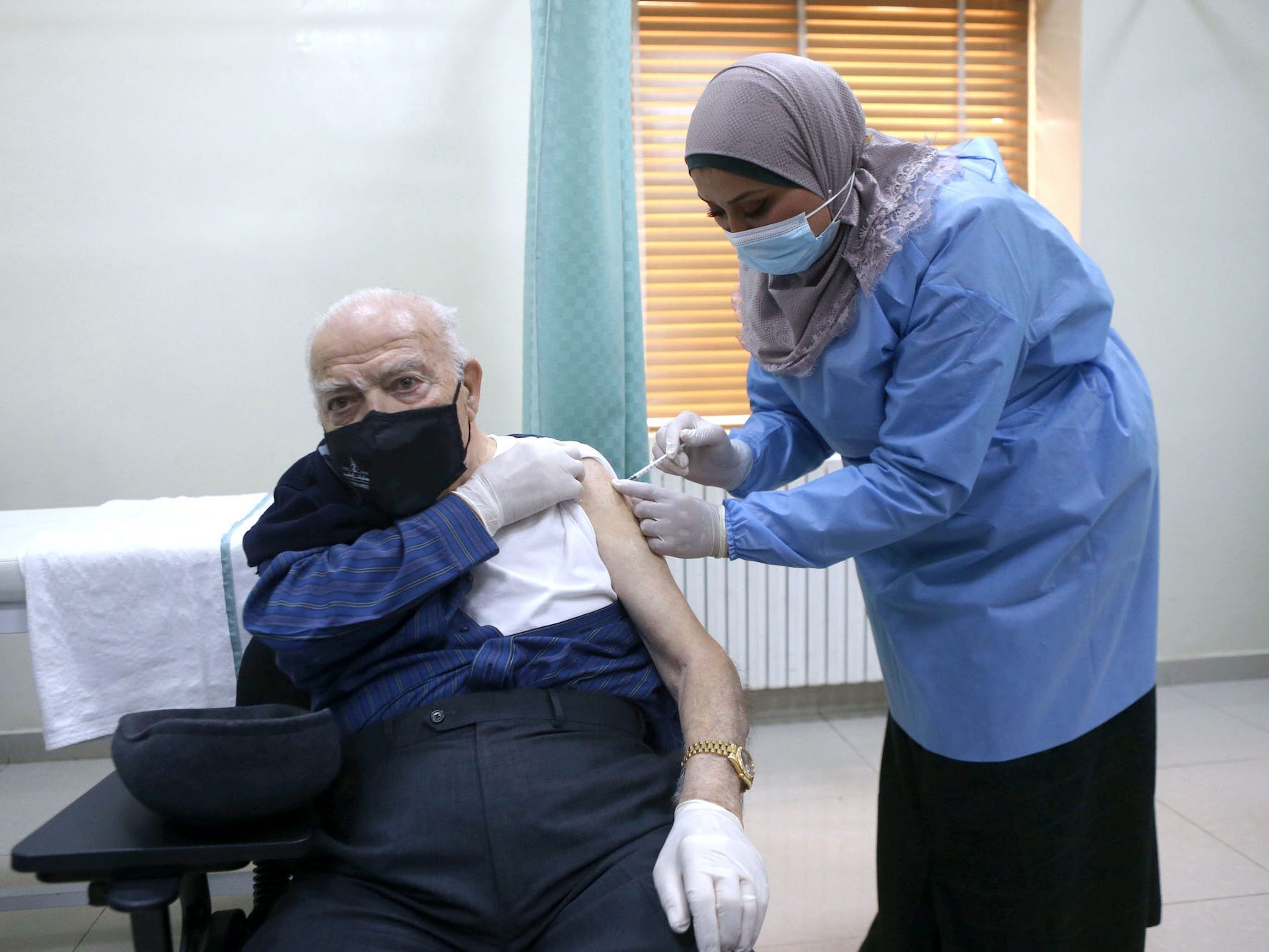 Photo by Jordan Pix/Getty ImagesA nurse administers a Covid-19 vaccine to an elderly, as Jordan starts the national vaccination campaign at a special vaccination clinic on January 13, 2021 in Amman, Jordan.

The COVID-19 vaccine developed by AstraZeneca and the University of Oxford shouldn’t be given to people over age 65, Germany’s main public health agency recommended on Thursday, multiple media outlets reported.

“There are currently insufficient data available to assess the vaccine efficacy from 65 years of age,” said the Vaccine Commission at the Robert Koch Institute, Reuters reported. For that reason, the health body recommended that the vaccine only be given to people ages 18 to 64, according to Reuters and the Financial Times.

The Robert Koch Institute declined to comment on the draft document.

COVID-19 vaccines from Moderna and Pfizer have already already been approved by the the EU regulator, the European Medicines Agency (EMA), and can be given to older adults.

AstraZeneca’s vaccine has been authorised for emergency use in seven countries â€” the UK, India, Argentina, Dominican Republic, El Salvador, Mexico and Morocco â€” for the immunization “of adults”. Eighty-two year-old Brian Pinker was the first to receive the AstraZeneca shot outside of a trial on January 4.

It isn’t yet authorised for use in Germany or other EU countries. The EMA is expected to make a decision on whether to approve the vaccine on Friday.

It follows an announcement Tuesday from the German health ministry that reports in German media that AstraZeneca’s COVID-19 vaccine was less effective in older people were unfounded.

However, even though the reports appear misguided, the EMA might not make the same decision as other regulators, and it has had more data from older people to look at.

“It has been known since the autumn that in the first studies that AstraZeneca submitted, fewer older people took part than in the studies of other producers,” the ministry said Tuesday,per the Financial Times.

Jens Spahn, Germany’s Health Minister reportedly said Thursday, however, that the recommendation from the vaccination commission is not final, and that the judgment depends on the EMA decision.

“I don’t think it’s a good idea to speculate now on the basis of temporary results from the commission’s consultations,” Spahn told Politico.

Oxford University, who co-developed the vaccine, said in a statement Tuesday that results of the clinical trials had been published transparently in five peer-reviewed scientific publications, and showed similar immune responses in younger and older adults and a good safety profile, and high efficacy in younger adults.

In a paper publish in the journal Lancet in December 2020, Oxford researchers said there isn’t yet enough data to tell whether the vaccine works in older people. They said they’re still collecting more data for a future analysis.

The researchers also said that earlier data on how the vaccine affects the immune systems of older people suggests that it should work in older adults.

This is the latest tussle over AstraZeneca’s vaccine by EU countries. There are already tensions between AstraZeneca and the EU due to potential vaccine shortages.