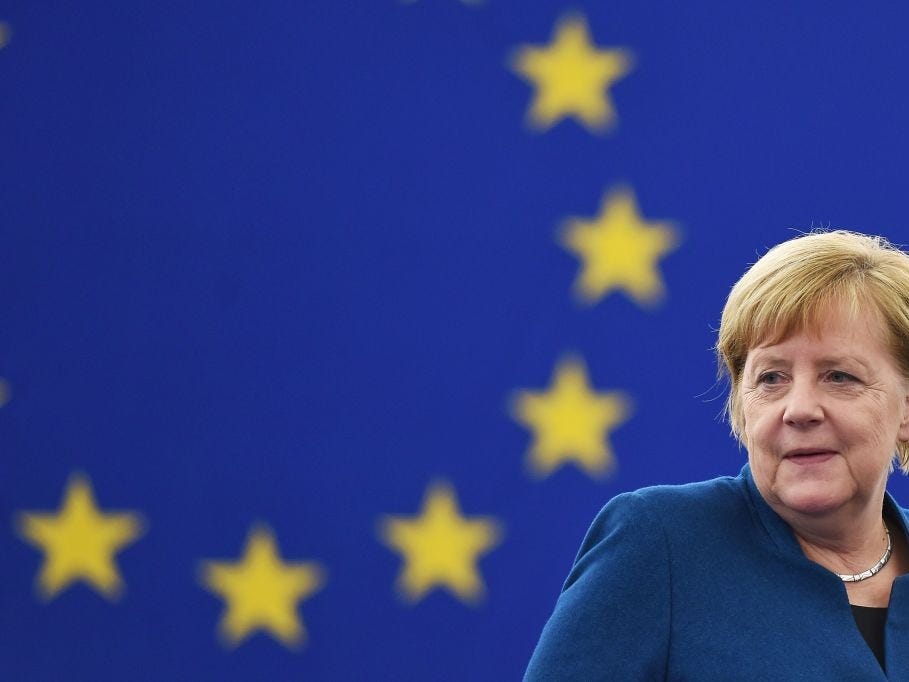 Germany is reportedly planning a fresh domestic stimulus package worth as much as 100 billion euros ($US112 billion) to fight the economic impact of coronavirus, just days after the EU published its own historic 750 billion euro ($US826 billion) rescue plan.

Bloomberg reports that German Chancellor Angela Merkel will host a meeting at 8:00 a.m. ET with her party, the Christian Democratic Union, and the Social Democrats – who help form Germany’s coalition government – to discuss the bailout.

This is the second time Merkel’s government has launched stimulus after having done so in March when coronavirus was spreading.

Different measures being considered are debt relief for struggling regions of Germany, aid for families with child cash bonuses and incentives to stimulate car sales.

The confidential source said the Social Democrats favour spending closer to $US112 billion while Merkel’s party prefers to keep the new stimulus limited.

MORGAN STANLEY: The market’s hottest stocks are in danger of being disrupted to a degree not seen since the Great Recession. Here’s how to adjust your portfolio for the coming shift.

The European Union last week proposed a recovery package valued at 750 billion euros (about $US826 billion), to help the 27-member bloc survive the economic carnage of the coronavirus pandemic.

Germany’s new stimulus measures would stand alone from the EU package, and focus on the domestic economy, with measures likely to be proposed including incentives to boost the country’s vital car industry.

Germany’s economy minister Peter Altmaier is said to be in favour of subsidizing profitable carmakers.

The government may introduce a sales bonus which incentivizes drivers to opt for cleaner, less polluting-vehicles, such as low-emission diesel cars, the confidential source told Bloomberg.

Other measures that are reportedly being considered include a rescue fund worth 57 billion euros ($US63.7 billion) to help struggling municipalities pay off their debts, and an increase in family subsidies, which would see every family given 300 euros ($US335) per child, up from around 200 euros ($US224) now.