McConnell's efforts to block $2,000 stimulus checks hurt the GOP in Georgia — and may have cost it the Senate 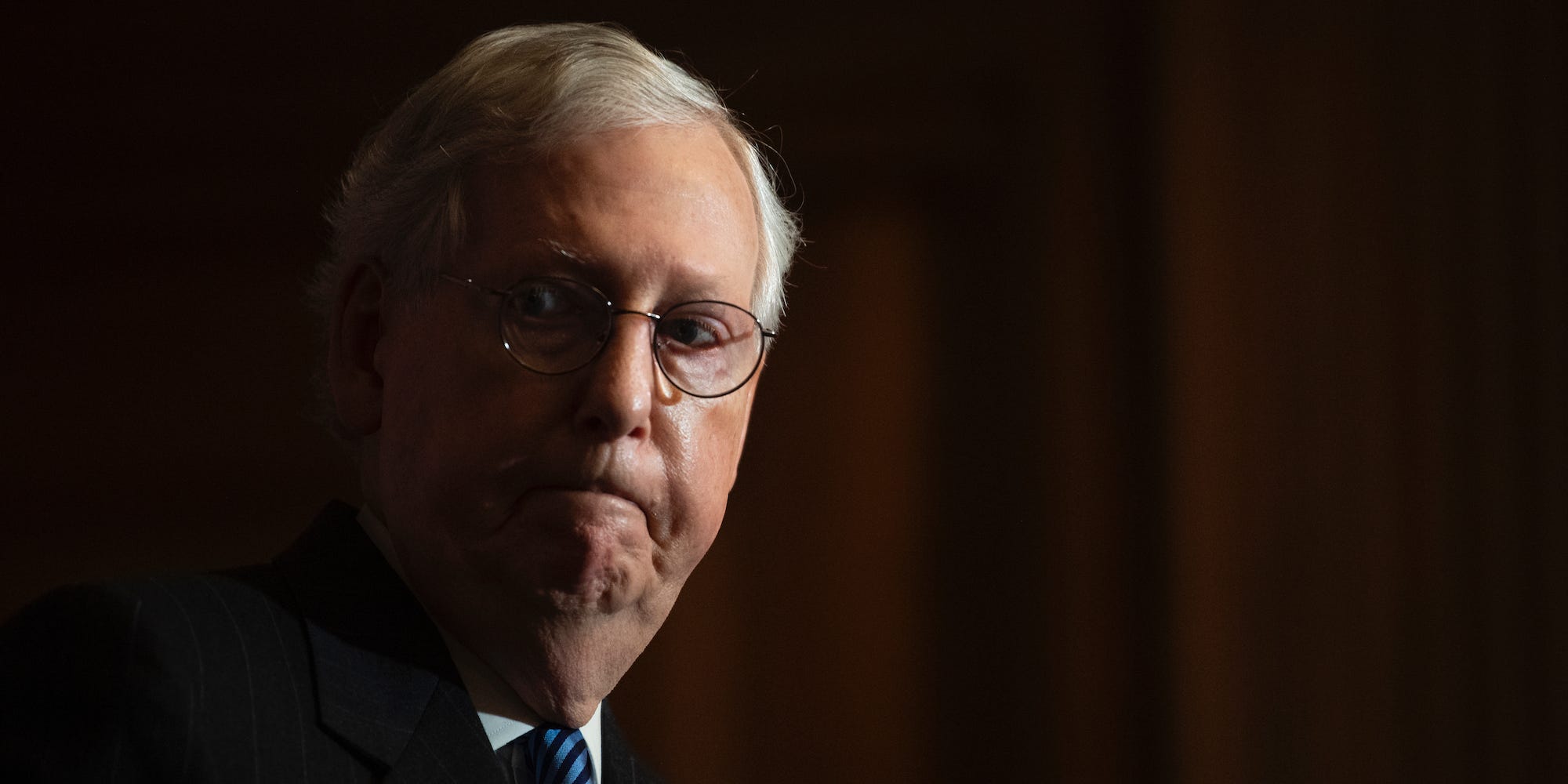 The Republican Party has lost control of the Senate after failing to hold either of its seats in Georgia’s runoff elections â€” and the efforts of GOP leaders to block $US2,000 stimulus checks most likely had a part to play.

As of early Wednesday, Insider and Decision Desk HQ had projected wins for the Democrats Raphael Warnock and Jon Ossoff, flipping control of the Senate.

Turning Georgia blue is the fruit of a years-long effort from Democratic campaigners like Stacey Abrams. The full dynamics of the race after the 2020 presidential electionâ€š which led to Tuesday’s runoffs in Georgia, are yet to be analysed.

But the issue of how much coronavirus relief to give ordinary Americans in the form of direct payments loomed large in the runoffs â€” and the results appear to vindicate fears inside the GOP that opposition to larger payouts would cost the party.

According to a New York Times report, McConnell told fellow Republicans in December that the party’s resistance to sending out any checks at all was leading to its “getting hammered” on the campaign trail in Georgia.

As Insider reported, not long after this McConnell switched from being against any checks to hammering out a compromise with Democrats to pass a bill giving out $US600 payments to most Americans as part of a broader $US900 billion relief package.

The matter might have ended there. But McConnell was soon blindsided by President Donald Trump, who startlingly reentered the discussion, trashed the deal, and demanded that the payment amounts be increased to $US2,000.

Democrats grabbed the opportunity and introduced a separate bill with the larger checks. But a McConnell-led Senate blocked it.

Trump caved on his veto threat and ultimately enacted the package that included $US600 payments. But he has continued to advocate the higher amount, and his sudden demand threw the Georgia GOP candidates into disarray.

Sens. David Perdue and Kelly Loeffler of Georgia had planned to highlight the passing of the bill in the last days of their campaigns. But suddenly the two Trump loyalists were forced to echo the president’s criticisms and support $US2,000 payments.

A FiveThirtyEight average of the relatively limited polling in Georgia found the Democratic candidates in Georgia consistently leading their Republican counterparts by 1 to 2 percentage points â€” still well within the margin of error â€” from December 30 onward as the GOP was being pulled apart over the checks issue.

It gave President-elect Joe Biden the perfect opportunity when he spoke with Georgia voters on Monday. He said plainly that $US2,000 payments would be sent to Americans “immediately” if Warnock and Ossoff were voted into the Senate.

Even though both Republican incumbents backed the larger payments, the party was divided. Only the Democrats could campaign unambiguously in favour of higher payments.

Biden argued that if Loeffler and Purdue won, maintaining the GOP hold on the upper chamber, “those checks will never get there.”

Now it appears that McConnell â€” easily the most intransigent negotiator in the process â€” has fallen victim to his own resistance.