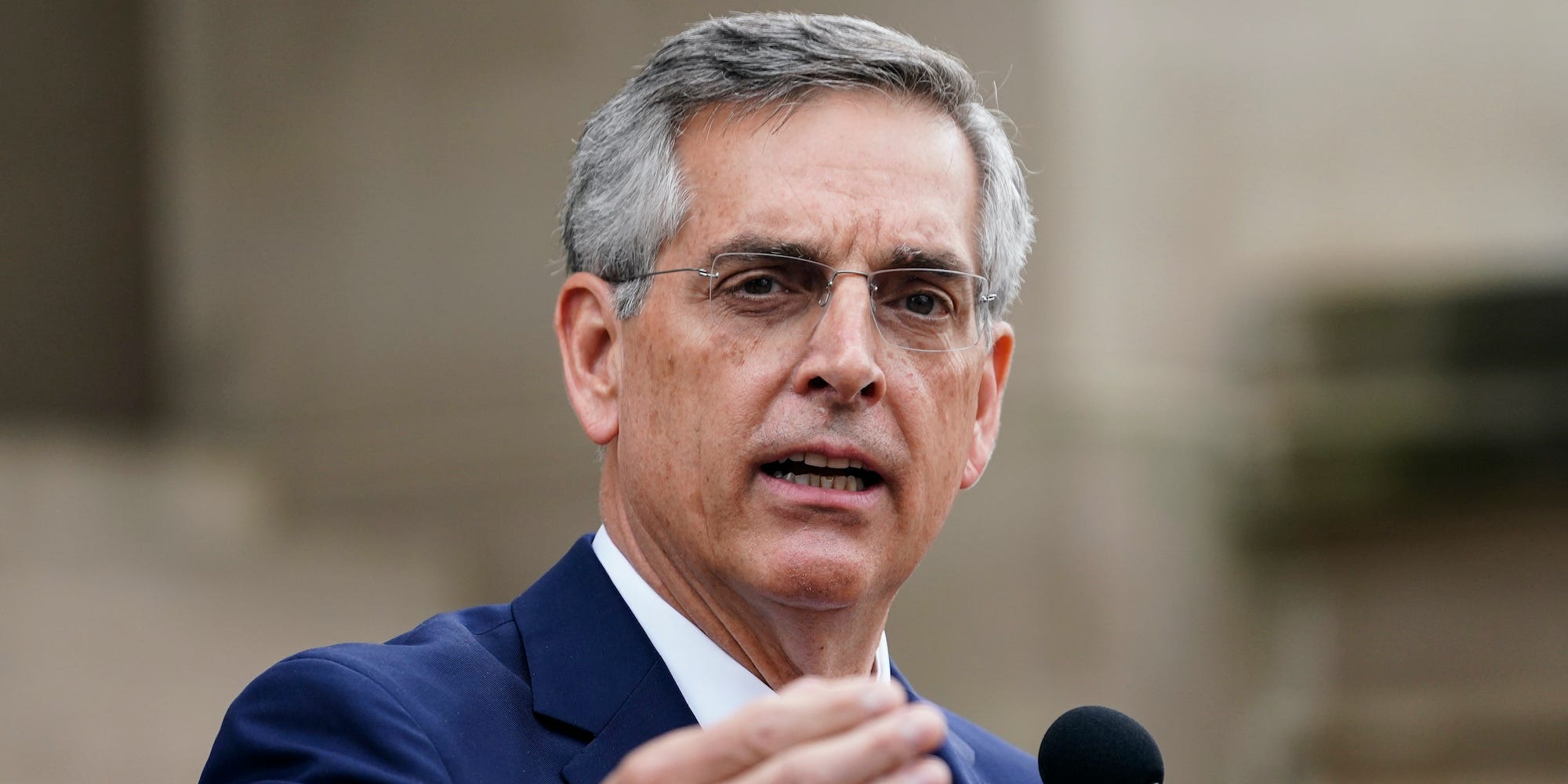 Georgia has officially certified President-elect Joe Biden as the winner of the presidential election in the state, Secretary of State Brad Raffensperger’s office announced Friday.

“In certifying the results, the Secretary of State affirmed that all 159 counties have provided to the state the total votes tabulated for each state and federal candidate,” Raffensperger’s office said.

Biden’s certification as Georgia’s presidential election winner comes after a risk-limiting audit in which election officials conducted a hand recount of more than 5 million paper ballots that were cast.

The final tally showed that Biden received 49.5% of the vote and President Donald Trump received 49.3%, cementing Biden’s Georgia win by more than 12,000 votes and ensuring he will get the state’s 16 Electoral College votes.

Raffensperger’s office said in its statement that he confirmed “the statewide consolidated returns for state and federal offices are a true and correct tabulation of the certified returns received by this office from each county.”

The secretary of state’s office initially released a statement earlier in the day saying Raffensperger had certified Georgia’s election results before rescinding it and releasing an amended statement saying he would certify them later that day. His office officially certified Georgia’s results on Friday afternoon.

Raffensperger’s certification came after months of pressure from the Trump campaign and its allies over the state’s election. ProPublica reported this week that as early as January, the Trump campaign was demanding Raffensperger endorse the president, but he declined to do so, citing a responsibility to remain neutral as an official overseeing the election.

In the past several days, amid an onslaught of criticism from Trump and his loyalists, Raffensperger told Atlanta’s Fox affiliate that he and his wife had received death threats via text message.

“Your husband deserves to face a firing squad,” one message said.

“You better not botch this recount,” another read. “Your life depends on it.”

Raffensperger, who is a registered Republican, told Business Insider this week that because of the firestorm around the election, he now finds himself at odds with members of his own party, while becoming an unlikely liberal hero because of his defence of the electoral process and denial of Trump’s conspiracy theories.

“We did hand tally, a re-tally of this so that we could verify the accuracy of machines,” he said, referring to the risk-limiting audit. “That way we could put to bed this idea that the election was not accurate. The election appears to be very accurate. And as a Republican, I’m disappointed, but as a secretary of state, my job is to report accurate results.”

Biden is projected to win 306 electoral votes compared with Trump’s 232. A candidate needs 270 votes to clinch the presidency. Trump started off strong with a series of early victories in Florida, Texas, Ohio, and Iowa, but Biden quickly caught up as mail-in ballots were counted.

The president-elect cemented his victory with wins in the battleground states of Michigan, Wisconsin, and Pennsylvania, all of which Trump won in 2016. Biden also picked up Arizona and Georgia, which hadn’t voted for a Democratic presidential candidate since 1996 and 1992, respectively. As of Friday, Biden has won more votes than any other candidate in US history.

The Trump campaign and Republicans have filed nearly two dozen legal challenges to contest the election results since November 3. They haven’t won a single case so far.