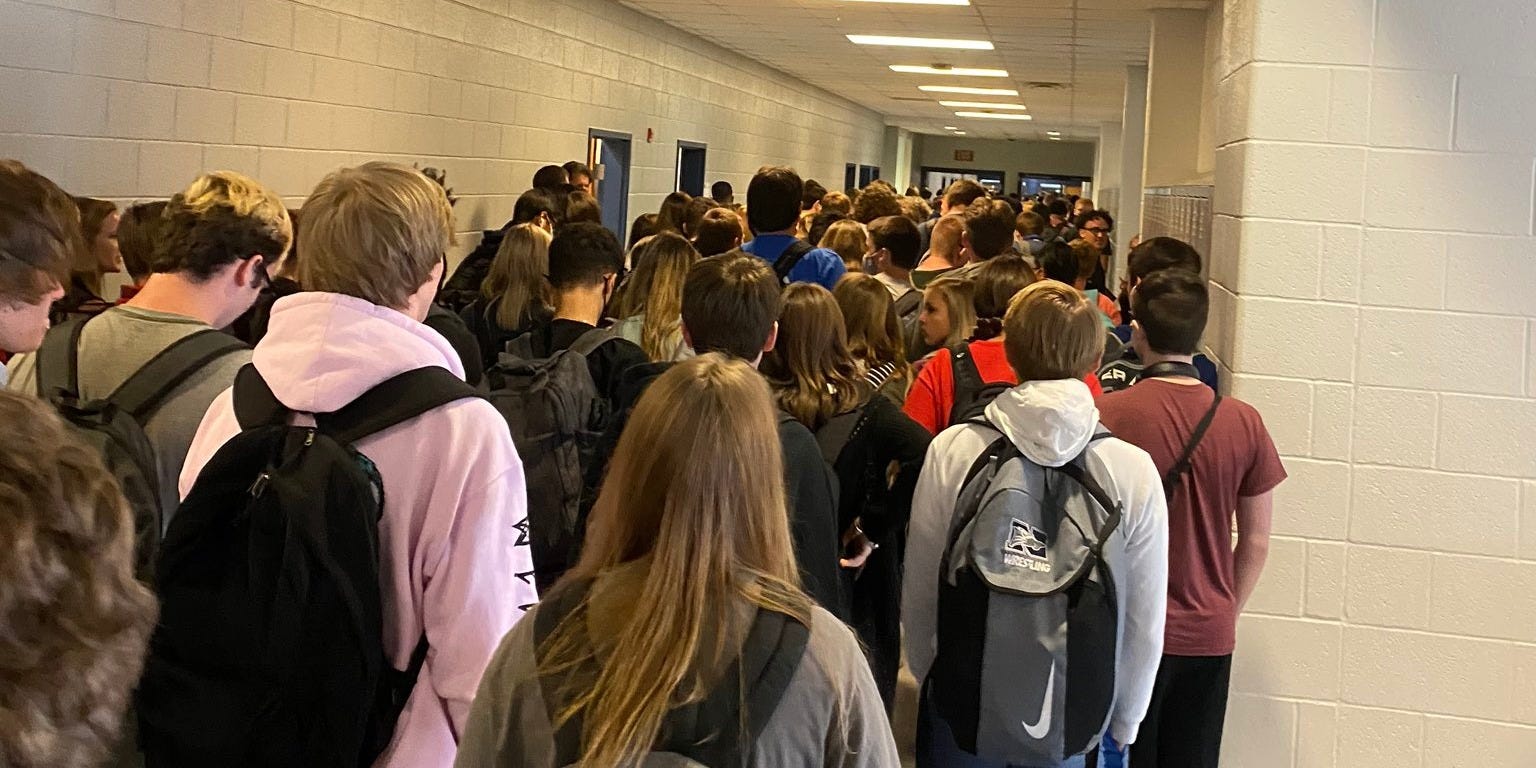 @ihateiceman/TwitterOn Thursday, a Georgia high school student said she was suspended for sharing a photo of an indoor hallway full of unmasked students at her school.

A Georgia high school has reversed the suspension of a student who posted a photo of unmasked students crowding the school’s halls.

The photo, which trended online earlier this week, was posted by North Paulding High School student Hannah Watters. She told CNN that she took a photo because she felt the need to share what the school looked like.

Watters initially said that was suspended for violating school policies, including using her phone during school and sharing posts of her peers on social media, according to CNN. Watters said in the interview that while she recognises she violated the policy of filming and sharing photos of her fellow students via social media, she believes her actions were “some good and necessary trouble,” apparently quoting the late Civil Rights icon John Lewis.

“My biggest concern is not only about me being safe, it’s about everyone being safe,” she told CNN. “Because behind every teacher, student, and staff member there is a family, there are friends.”

“The principal just said that they were very sorry for any negative attention that this has brought upon her, and that in the future they would like for her to come to the administration with any safety concerns she has,” Lynne Watters told the Washington Post.

Lynn Watters also told CNN that the school’s superintendent assured her the suspension wouldn’t appear on her daughter’s record.

A number of students previously told Insider they faced potential consequences after sharing images of people packing the hallways without masks. It’s not clear if the school took any other disciplinary action. The Paulding County School District did not immediately respond to Insider’s request for comment.

In an email to community members Tuesday, district superintendent Brian Otott said the district would “step back and assess” its reopening plans.