'I don't think we have identified a problem we are trying to solve': Georgia GOP officials are rallying behind voting changes despite no evidence of mass fraud 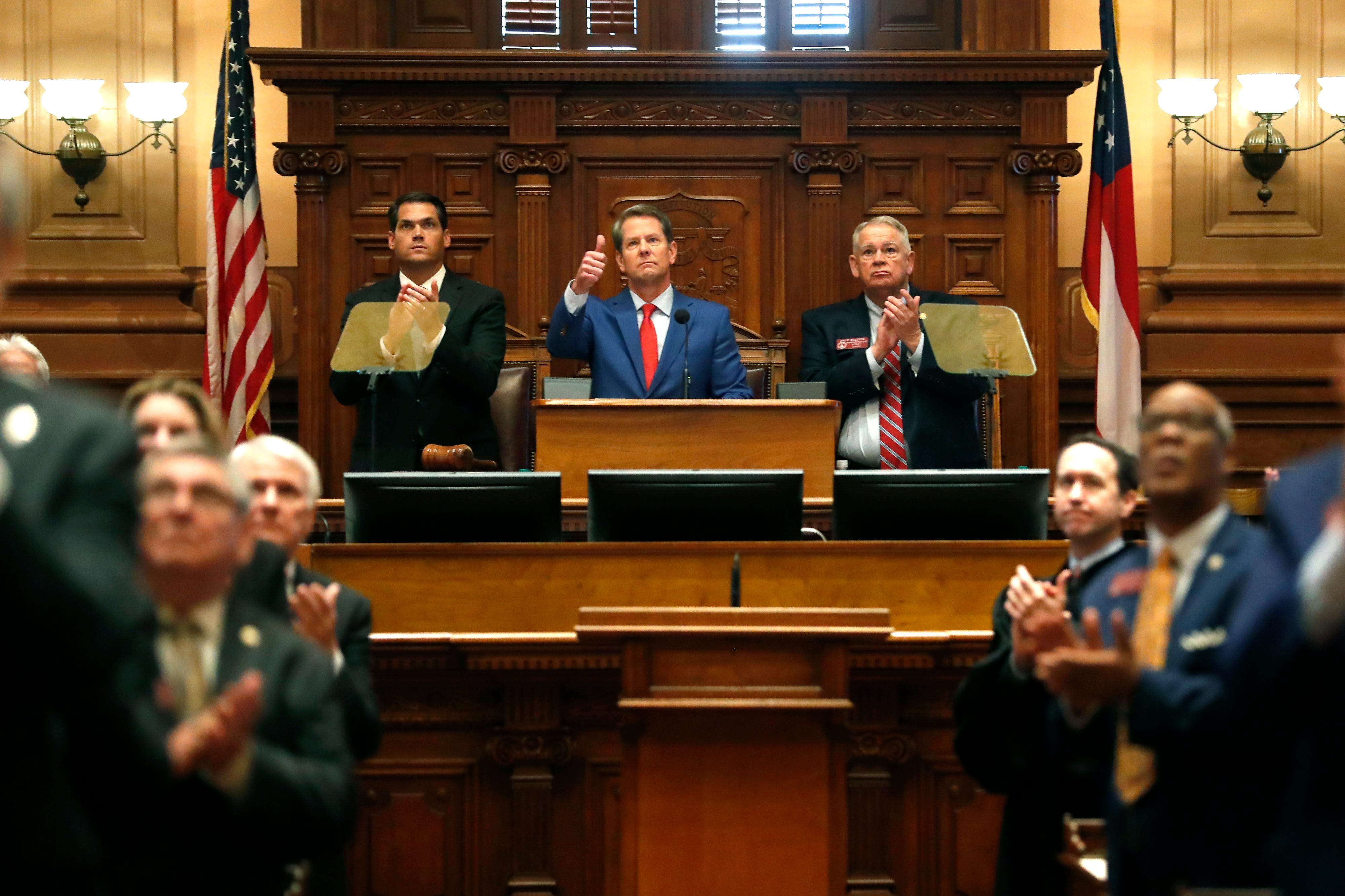 After President Joe Biden’s victory in Georgia last November, as well as Democratic wins by US Sens. Raphael Warnock and Jon Ossoff in last month’s runoff elections, Republicans have sought to rebuild their once venerable political coalition in the newly-minted presidential swing state.

Despite GOP control of the Governor’s Mansion and Republican majorities in the state legislature, party leaders, who had to endure months of former President Donald Trump’s spreading debunked claims of mass voter fraud, have zeroed in on absentee ballot restrictions.

With many voters fearful of the spread of COVID-19 at voting precincts, absentee balloting gained popularity across the country last year.

However, while being interviewed for an opinion article in The Atlanta Journal-Constitution, top Republicans were unable to provide concrete reasoning for the new voting proposals.

“I think that’s a great question,” he said. “The answer is, I don’t think we have identified a problem we are trying to solve. I think this is an opportunity ‘to update and modernise’ voting in Georgia.”

Duncan wants to require photo identification for voters requesting absentee ballots, a position aligned with state GOP House Speaker David Ralston, after a sustained Trump-driven uproar over the current signature verification process. The lieutenant governor did not have a firm position on eliminating ballot drop boxes, a wish list item for many state Republicans.

When GOP state Senate Majority Leader Mike Dugan was asked why he sought to end Georgia’s no-excuse absentee voting policy, he admitted that there was no overarching problem that necessitated the legislation.

“It’s not a problem, as much as a-having-a-sense-of-a-surety that it’s not a right taken lightly,” he said. “This is one of the most sacred rights that we have as a people. It should have some thought that goes into it.”

However, there is little indication that voters are shirking their voting responsibilities in the Peach State.

In the 2021 Senate runoff elections, more than 4.5 million votes were cast, powered by elevated Black turnout across the state, according to the Associated Press. This turnout figure represented almost 90% of Georgia’s high November election turnout, according to CBS News.

Republicans, on the other hand, bore the brunt of Trump’s campaign to overturn Biden’s win.

In the weeks between the November election and Biden’s inauguration, the former president pressured Gov. Brian Kemp and Secretary of State Brad Raffensperger to help him overturn Biden’s statewide win of nearly 12,000 votes, which made him the first Democratic presidential nominee to carry Georgia since Bill Clinton in 1992.

Last December, Trump asked Kemp to call a special session in an attempt to overturn the election results by having the legislature install pro-Trump presidential electors.

Kemp balked at the request.

In January 2021, Trump called Raffensperger in a roughly hourlong conversation to ask him to “find” the votes needed to overcome Biden’s victory.

The secretary of state refused to follow Trump’s orders.

On February 10, Fulton County prosecutors launched a criminal investigation into the former president’s pressure campaign to invalidate his statewide loss. The news came only a day after Raffensperger announced that his office would begin an administrative inquiry into Trump’s phone call.