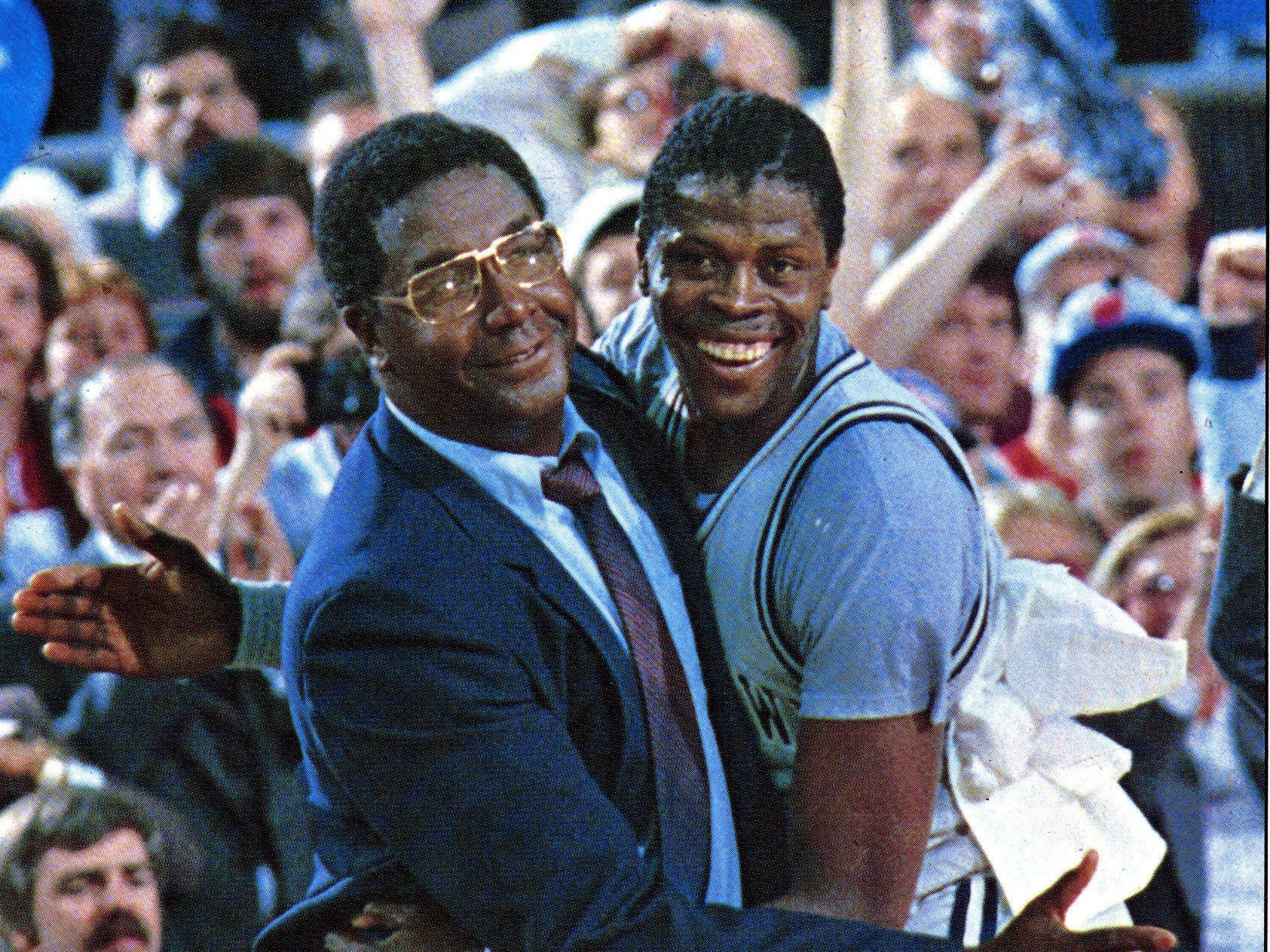 Thompson likened his basketball coaching style to directing a play: “I’m going to pick the script, and I’m going to give them their roles. They’re the actors. Their job is to learn those roles — that’s what practice is about. When we go out on the court, that’s our stage. Out there, they’re supposed to perform as we practiced. I don’t want anybody making up new lines, putting on their own act.” 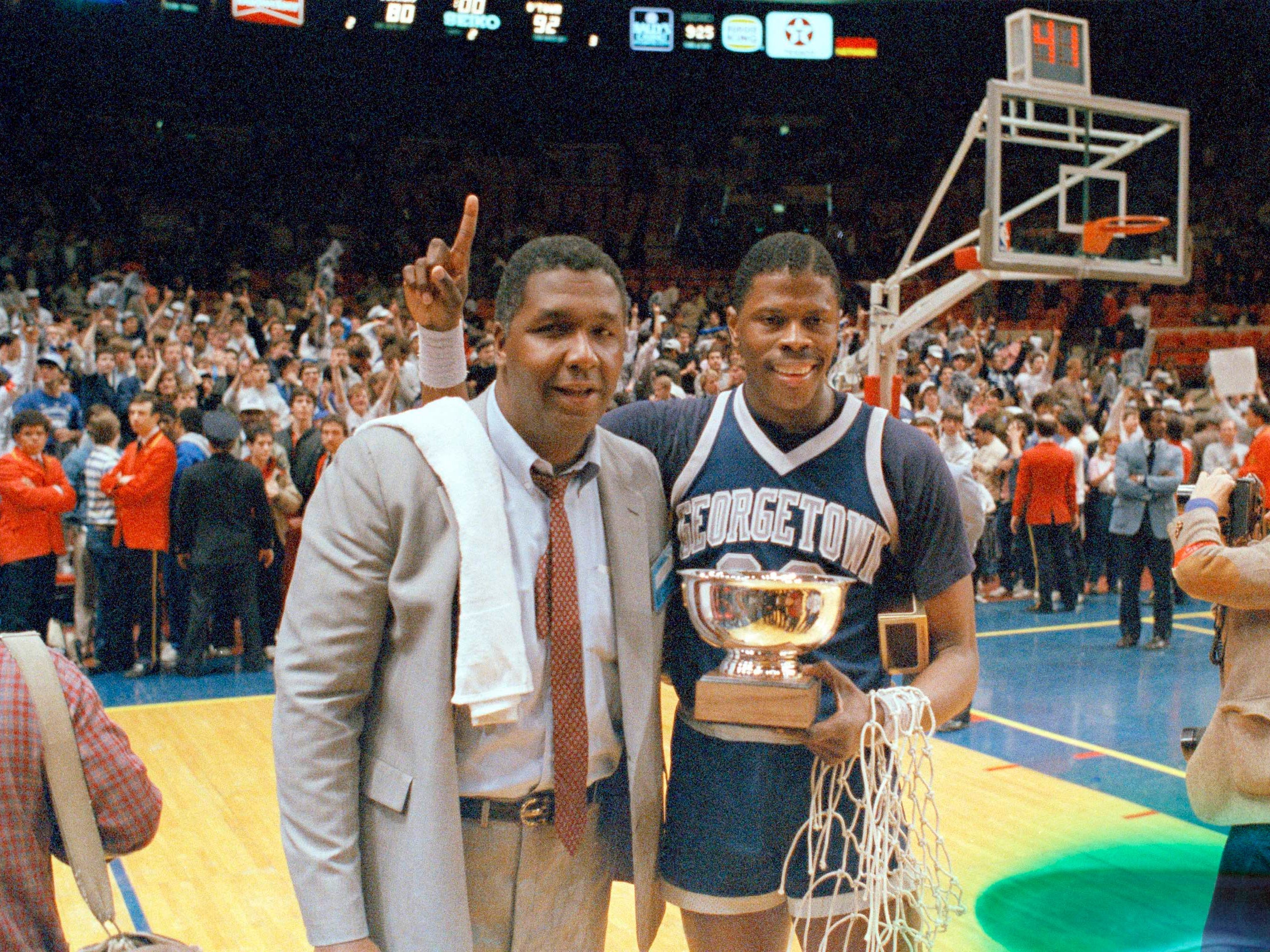 Like other legendary coaches, Thompson used his prowess as a leader to turn a failing program around. The season before he was hired in 1972, Georgetown had won just three games, and it had made just one appearance in a championship game, all the way back in 1943.

Within a decade, Thompson transformed the losing team to a national contender, reaching the NCAA Tournament Elite Eight by 1980, and becoming a powerhouse in 1981 after recruiting basketball great Patrick Ewing.

Thompson attributed his team’s success to mixing both talent with work ethic. “Without talent, all the character in the world won’t do it, but talent alone isn’t enough,” he said. “There are great individuals and teams with lots of talent who don’t win.”

Besides winning, he distinguished himself as a leader and mentor to many young men, including Patrick Ewing, his great centre from the 1980s and now his successor as Georgetown coach. An imposing 6’10” himself, he specialised in centres, coaching both Dikembe Mutombo and Alonzo Mourning after Ewing, although the diminutive point guard Allen Iverson also came through his program.

John Thompson once met with a drug dealer who had befriended several of his players, and told him to stop coming to meet them. “We cannot close ourselves off from the whole of society,” he said of the meeting. “Anybody who experienced the Len Bias situation knows we cannot isolate [ourselves], seal ourselves off from people. We’d better start confronting these problems.” 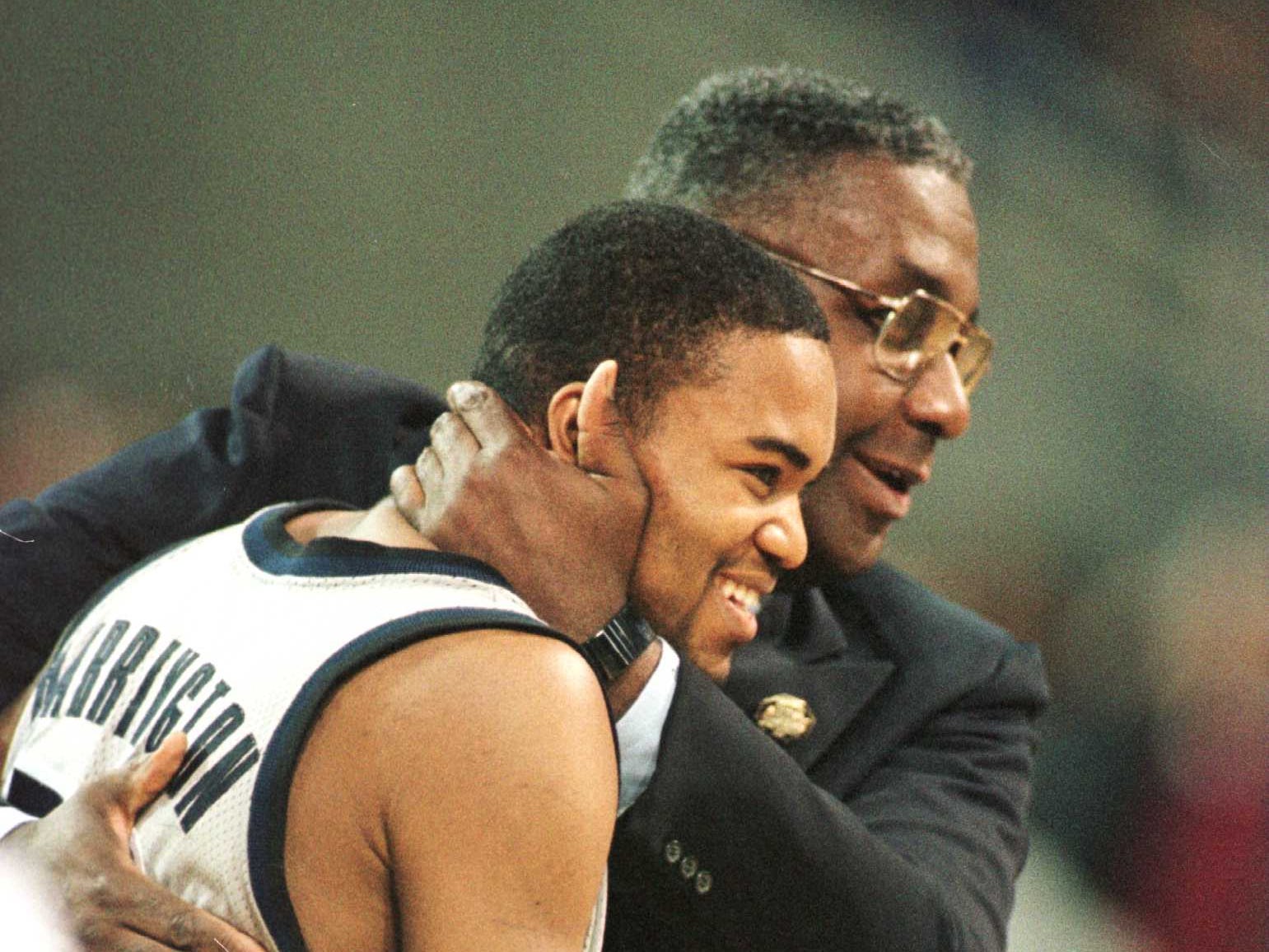 At the time of Thompson and the gang leader’s meeting, crack cocaine was ravaging Washington DC. The New York Times estimated in 1990 that one in 10 of the city’s residents used drugs, and named DC the “murder capital” of America.

But instead of painting dealers as villains, Thompson referred to them as “our children,” The Washington Post reported, “it’s not like somebody crawled out of some hole who is so different from us.” Thompson said the people who were involved with gangs and drugs had grown up with his Georgetown players and deserved empathy, too.

So Thompson decided to take matters into is own hands to ensure his players steered clear of violence – but with humanity. He invited the city’s most prolific dealer, Rayful Edmond III, who was sentenced to a life without parole in 1990, to his office and told him to stay away from his players. But Thompson said he didn’t accuse him of anything, and Edmond came to talk to him with “good intentions.”

Thompson said while he felt “tired” by the city’s drug problem, “being tired when it comes to this is a luxury we cannot afford.”

“What I hope to do is to bring attention to the fact that [Proposal 42] is very much discriminatory,” Thompson said in protest of a rule that denied financial aid to students with low SAT scores. “I’m beginning to feel like the kid from the lower socio-economic background who has been invited to dinner, had dessert, and now is being asked to leave.” 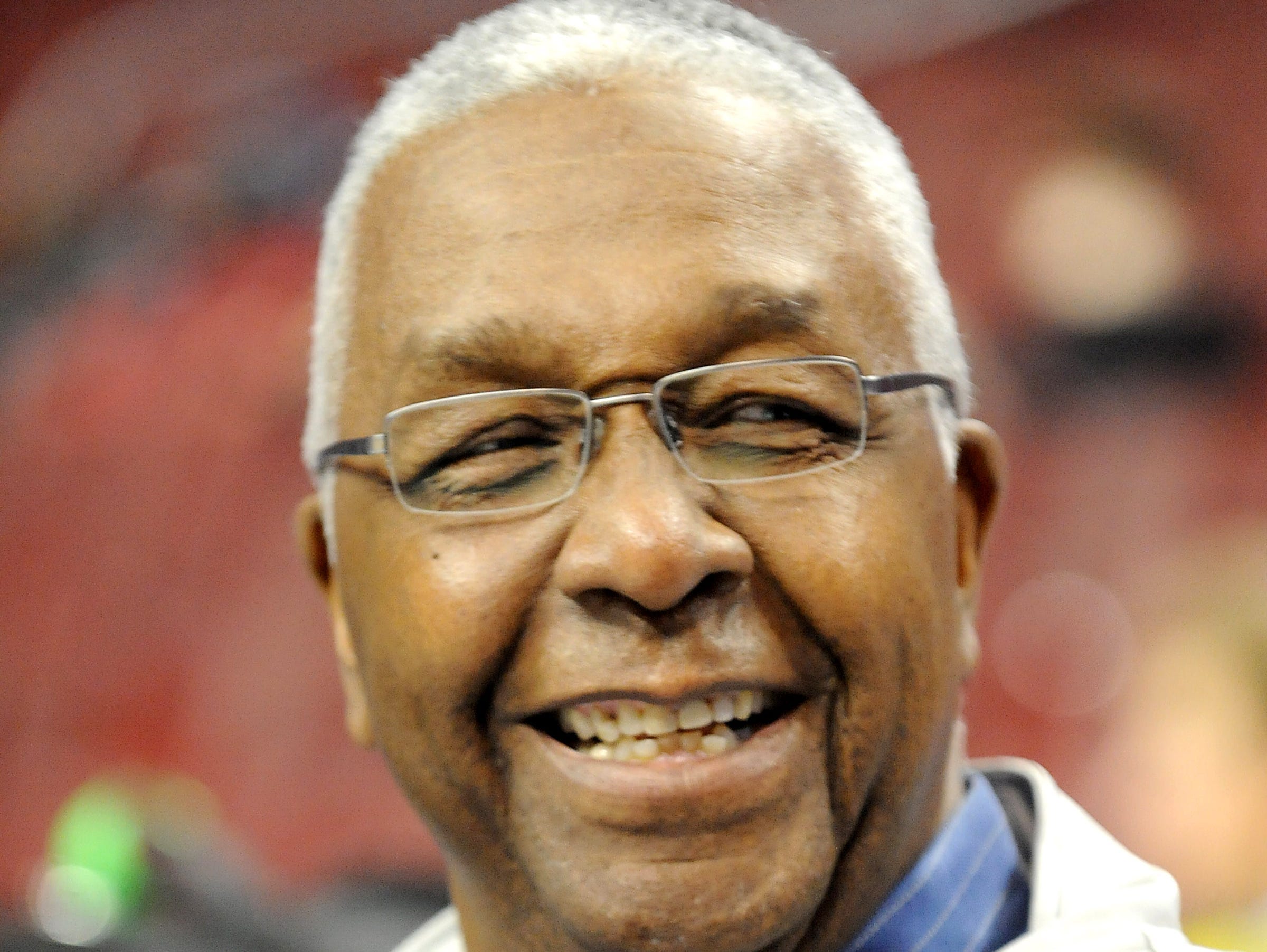 Thompson often used his power to advocate for underprivileged students.

The coach boycotted two Georgetown games in 1989 to protest an NCAA rule that would take away financial aid for students who earned below a 700 on their SATs. The coach said it discriminated against students in disadvantaged high schools, and his actions led the NCAA to ultimately modify the rule.

But Thompson didn’t take these kinds of actions because he was soft on academics. The Hall of Famer boasted a 97% graduation rate for his players during his time as Georgetown coach, something Sports Illustrated called rare in the “the often sordid business of college athletics.”

John Thompson: “I am not trying to be anything other than what I am, and I’m really not certain what that is.” 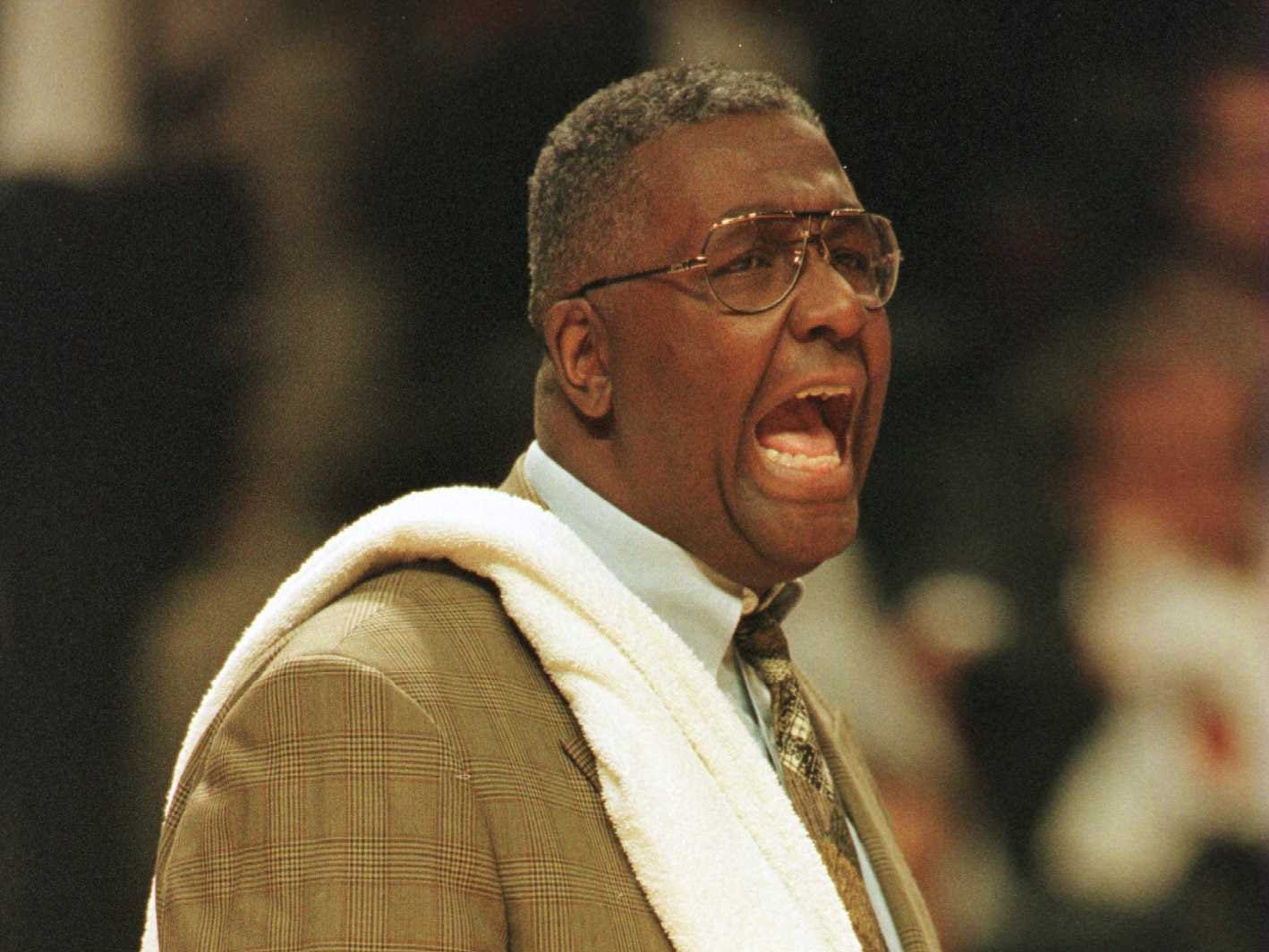 Thompson also often showed humility, admitting he wasn’t perfect. The coach said he knew he could work players too hard, and once said he spoke two languages: English and profanity.

In an interview with The Washington Post in 1991, Thompson said he’s “not Saint John.”

“I do not go to confession seven days a week,” Thompson said. “I am not a father figure to my players. They all have parents, mothers and fathers, and I think you insult those people when you call me a father image to their sons. It is not my intention to be a crusader for this cause or that cause. I don’t want to be a social worker.”

Thompson concluded that he’s not trying to be “anything other than what I am.”

“Don’t let the sum total of your existence be eight to 10 pounds of air.” 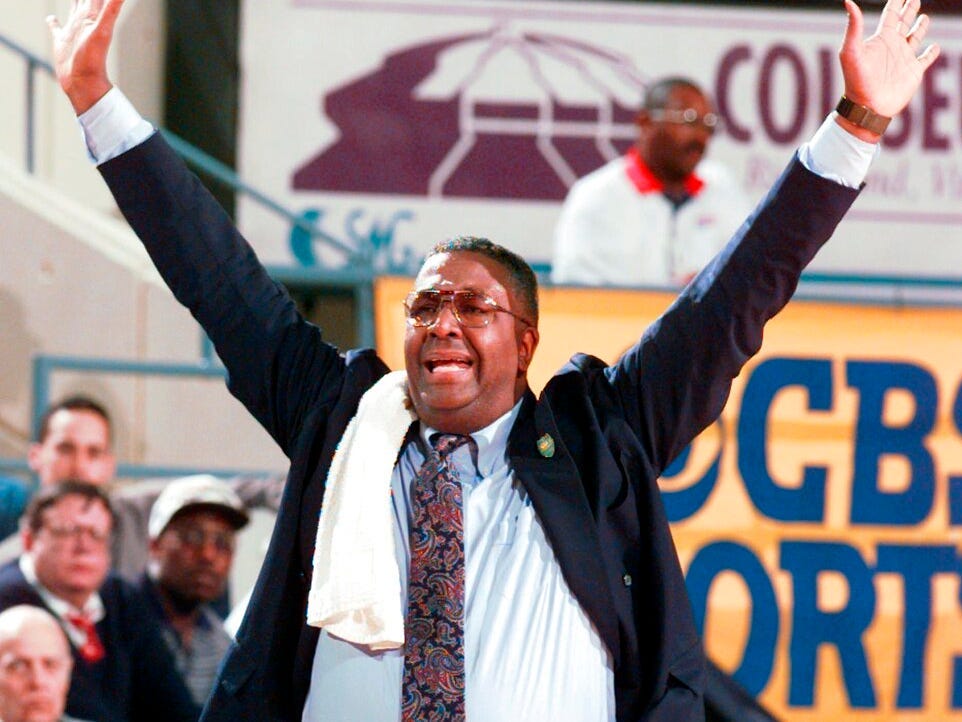 “Don’t let the sum total of your existence be eight to 10 pounds of air” is perhaps Thompson’s most famous quote, as he often repeated it to players and staff.

During a ceremony honouring him 2012, Thompson elaborated on his saying:

“The saying on that wall is that 10 pounds of air in a basketball should not be your sum total,” Thompson said. “We said that a lot about your experiences in the game because your life is useless if the only significance as a ballplayer and an athlete is 10 pounds of air in a basketball. I would tell the kids all the time, if they let all the air out of all the basketballs in the world, and you had no value, how significant is your life?’

When Allen Iverson made the Hall of Fame, he emotionally thanked Thompson for “saving my life.” On Monday he repeated the message in a tweet: “Thanks For Saving My life Coach.”

Given the outpouring of remembrances throughout the basketball community upon his death, eight pounds of air doesn’t begin to sum up Thompson’s life.