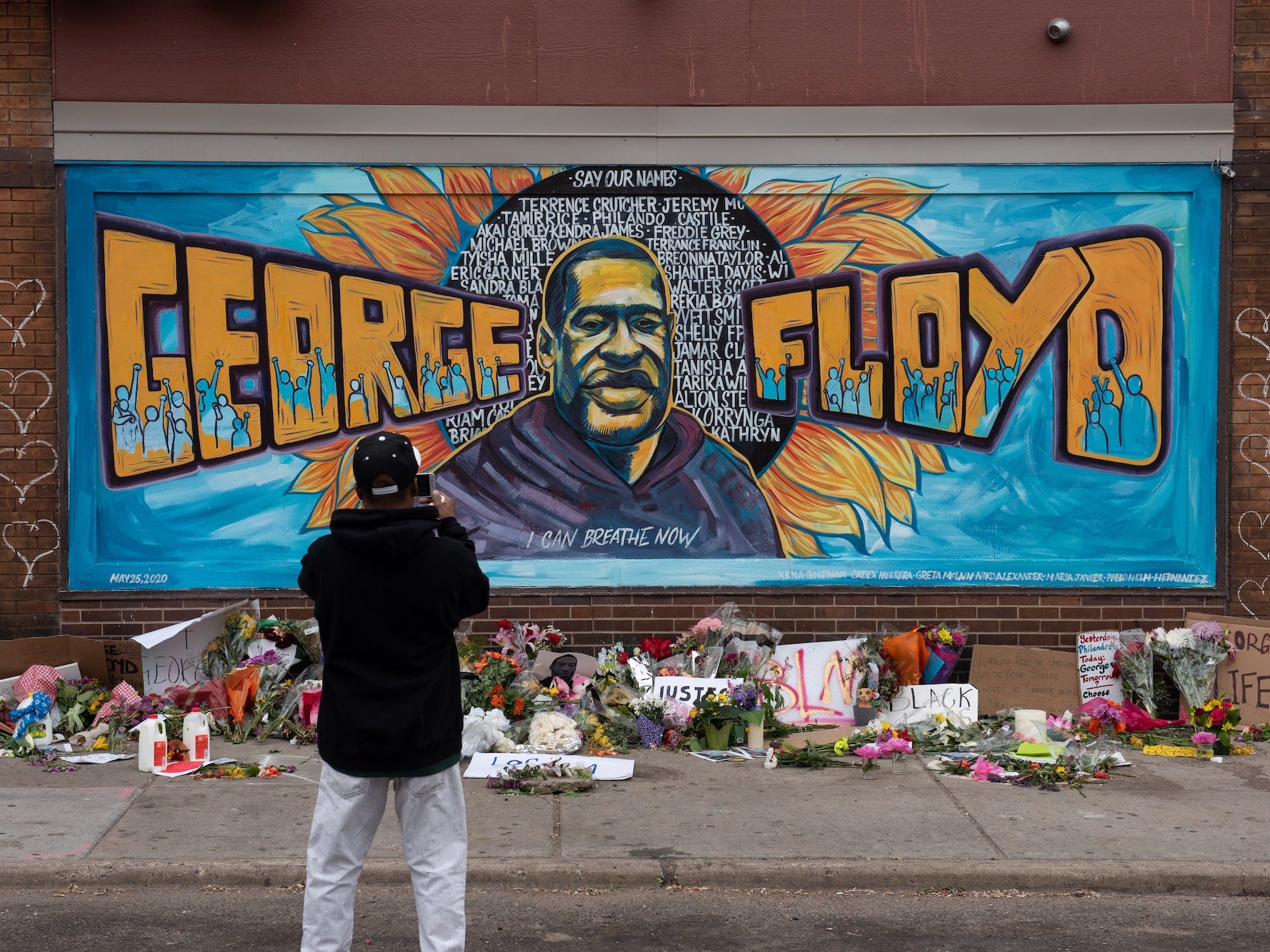 George Floyd did not resist arrest in any way before four police officers pinned him to the ground according to Maurice Lester Hall, who was in Floyd’s car before the killing on May 25.

Hall, a close friend of Floyd, witnessed the encounter with police. He told the New York Times that in addition to complying with officers, Floyd tried to de-escalate the situation.

“He was, from the beginning, trying in his humblest form to show he was not resisting in no form or way,” Hall, 42, said.

“I could hear him pleading, ‘Please, officer, what’s all this for?'” Hall said. “He was just crying out at that time for anyone to help because he was dying.”

Three Minneapolis police officers pinned Floyd to the ground, with one of them, Derek Chauvin, kneeling on his neck. A fourth officer stood in front of the scene. Chauvin has been charged with second-degree murder, and the other three officers charged with assisting him.

On May 27, Hall fled to Houston, Texas, two days after Floyd’s death.

“When the whole world was finding out that they murdered George Floyd,” he said, “I went and said a prayer where I witnessed him take his last breath, and I left.”

Hall was arrested in Texas on Monday for outstanding warrants, according to the Times, and was interviewed by Minnesota officials investigating Floyd’s death.

Investigators had “attempted to contact Mr. Hall numerous times to no avail,” a spokesperson for the Minnesota Bureau of Criminal Apprehension told the Times. 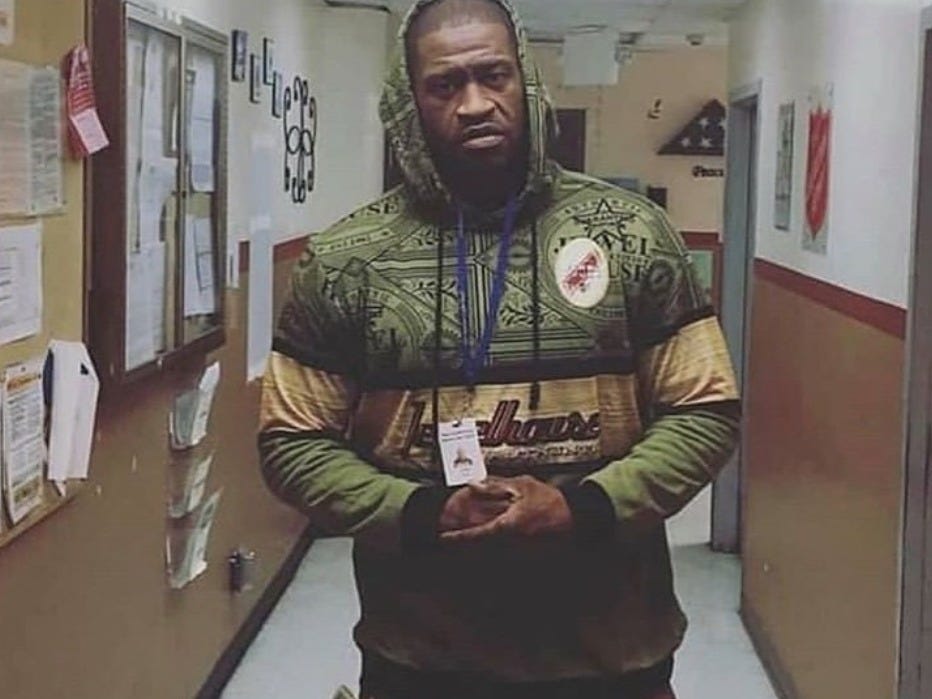 Hall said he had stopped answering telephone calls in the wake of Floyd’s killing. The two became close in 2016 after a Minneapolis pastor introduced them to each other. The “only ties I had in Minnesota that had me Houston-rooted was George,” Hall told the Times.

The Minnesota Bureau of Criminal Apprehension instructed Texas officials to arrest Hall. At least 12 officers surrounded his Houston home as he ate supper with his family on Monday, where they detained him.

Minnesota investigators questioned him for several hours about Floyd’s death, not about Hall’s outstanding warrants for felony possession of a firearm, felony domestic assault, and felony drug possession. At the scene of Floyd’s killing, Hall gave a false name to police officers, a Minnesota official told the Times. 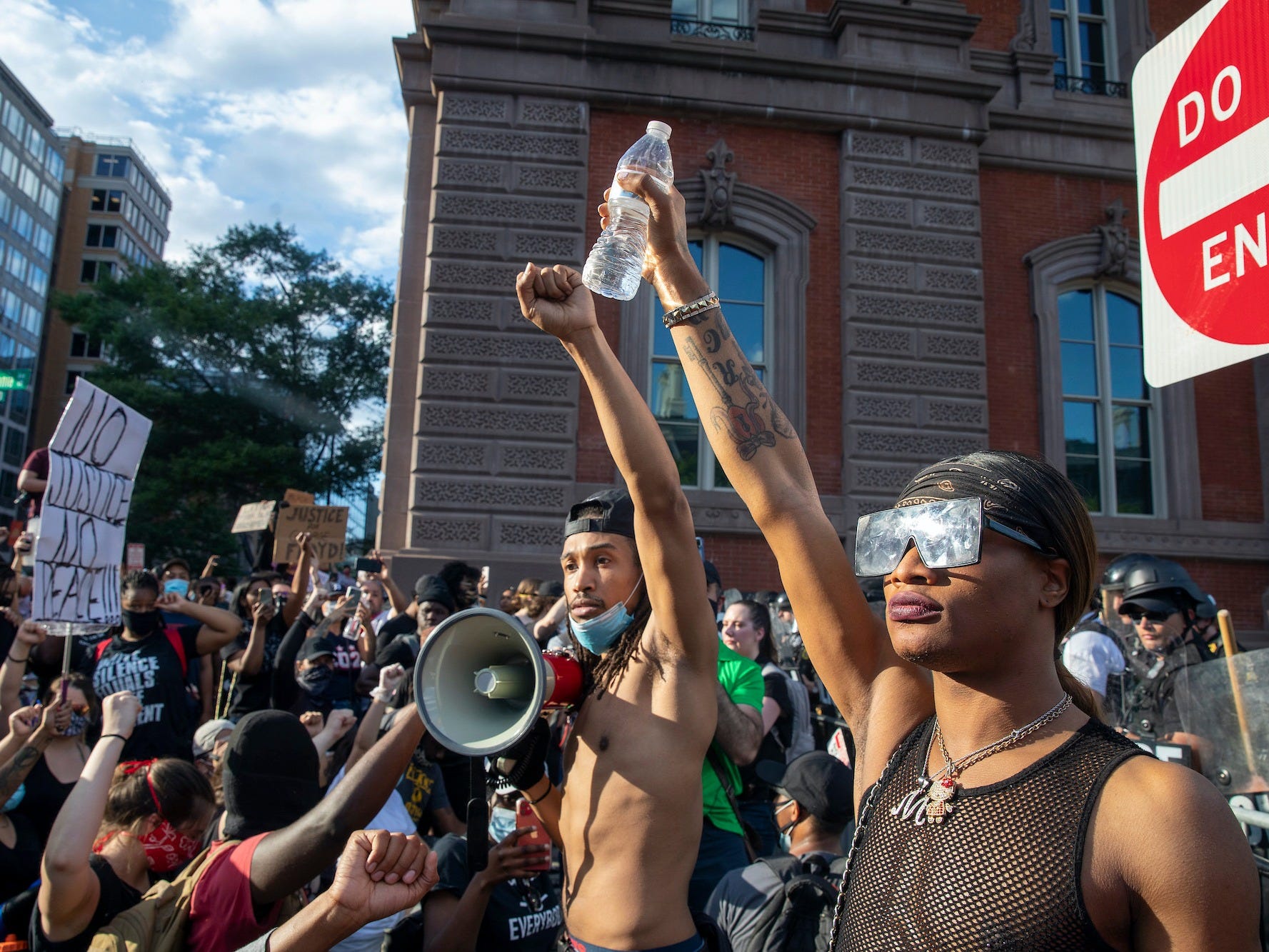 Tasos Katopodis/Getty ImagesA protest for George Floyd in Lafayette Square Park on May 30, 2020 in Washington, DC.

Hall’s lawyers rebuked law enforcement for arresting Hall, who was jailed after officials interrogated him.

“When Mr. Hall’s family found us, he had been isolated in jail for 10 hours after being interrogated until 3 a.m.,” Ashlee C. McFarlane, who is representing Hall, told the Times.

“This is not how you treat a key witness, especially one that had just seen his friend murdered by police. Even with outstanding warrants, this should have been done another way,” McFarlane, a partner at Gerger Khalil Hennessy & McFarlane, said.

“I knew what was happening, that they were coming. It was inevitable,” Hall said. “I’m a key witness to the cops murdering George Floyd, and they want to know my side. Whatever I’ve been through, it’s all over with now. It’s not about me.”