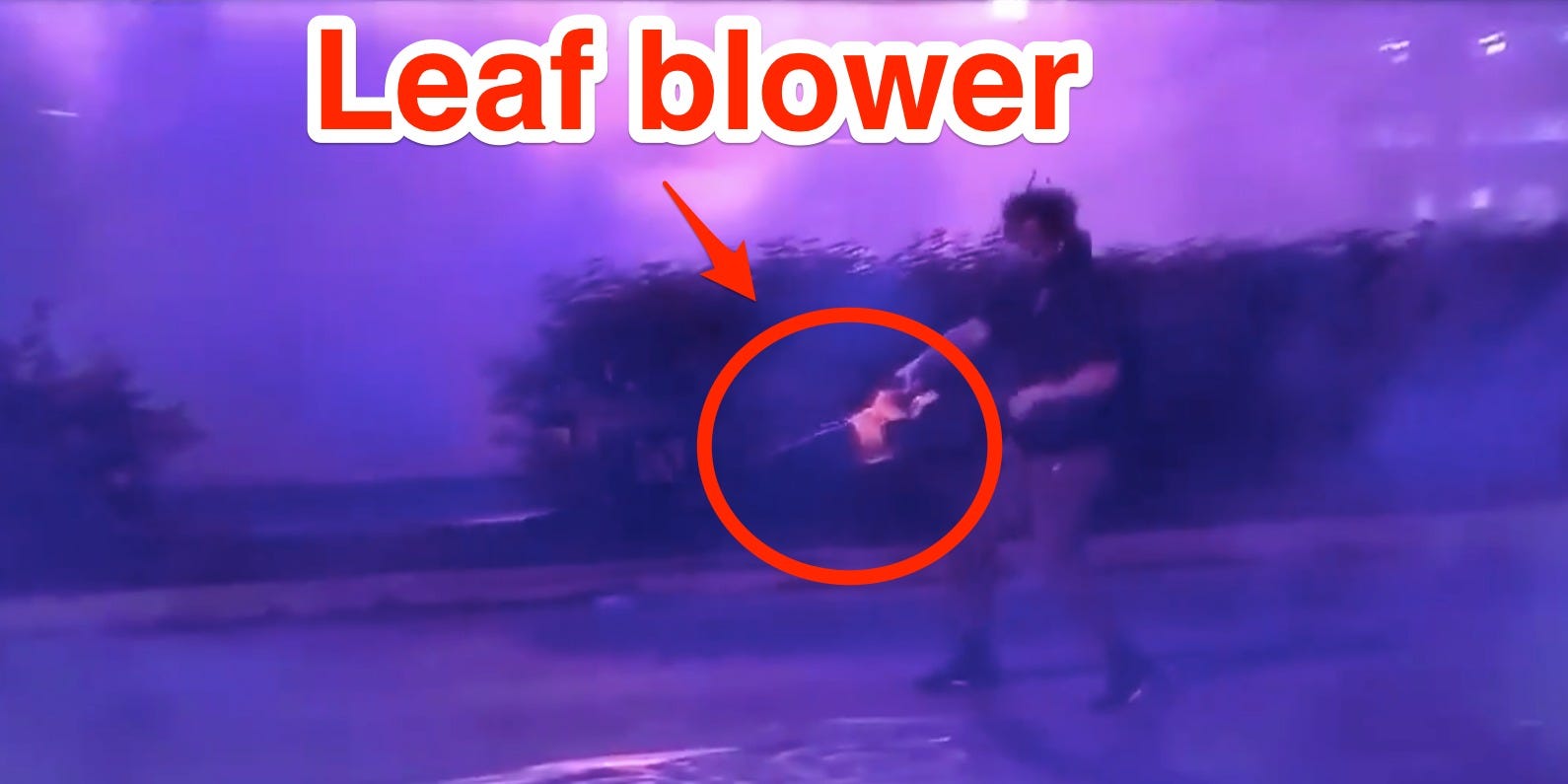 KCTV5A protester in Kansas City, Missouri, uses a leaf blower to try and put out a tear gas canister.

In March 2019, a protest movement was started in Hong Kong over a controversial extradition bill that would have allowed people in the city to be detained and sent to mainland China.

A little more than a year later, unrest now grips the US over the death of George Floyd, and protesters here appear to be taking notes from Hong Kong.

As one Hong Kong activist pointed out on Twitter this week, some American protesters have been bringing leaf blowers with them to demonstrations, which had proved useful in putting out tear gas canisters unleashed by police in Hong Kong.

The police and National Guard have also used tear gas and pepper spray on protesters across US cities in recent days.

Leaf blowers can be used to blow the tear gas away from protesters, who can then snuff out the canisters with water.

Here’s an example of a leaf blower being used during the Hong Kong protests:

“Having been on the global forefront against police brutality, we’re heartened to learn that our experience and creativity have proven useful,” wrote Jeffrey Ngo, chief researcher of the Hong Kong’s pro-democracy Demosistō movement.

He told Vice News this week that the tactic appeared to have come straight from the Hong Kong demonstrations, citing one Demosistō video of a man using a leaf blower suddenly going viral in the US last week.

Ngo then went to list several examples of the leaf blower technique being put to use at protests in four states including Michigan, Missouri, Wisconsin, and North Carolina.

6. To beat back the tear gas, leaf blowers have become a common sight on American streets, from #Michigan . . . https://t.co/piQosw1Wzc

Earlier this week demonstrators in Seattle also used umbrellas to shield from tear gas – another protest tactic that mirrored those in Hong Kong.

During the Hong Kong protests, which took place most of last year and resumed in recent weeks, activists also developed a sophisticated sign language so they could request supplies and warn of specific dangers without the police’s knowledge.

The hand signals include messages like “helmet,” “gather up,” and “run.”