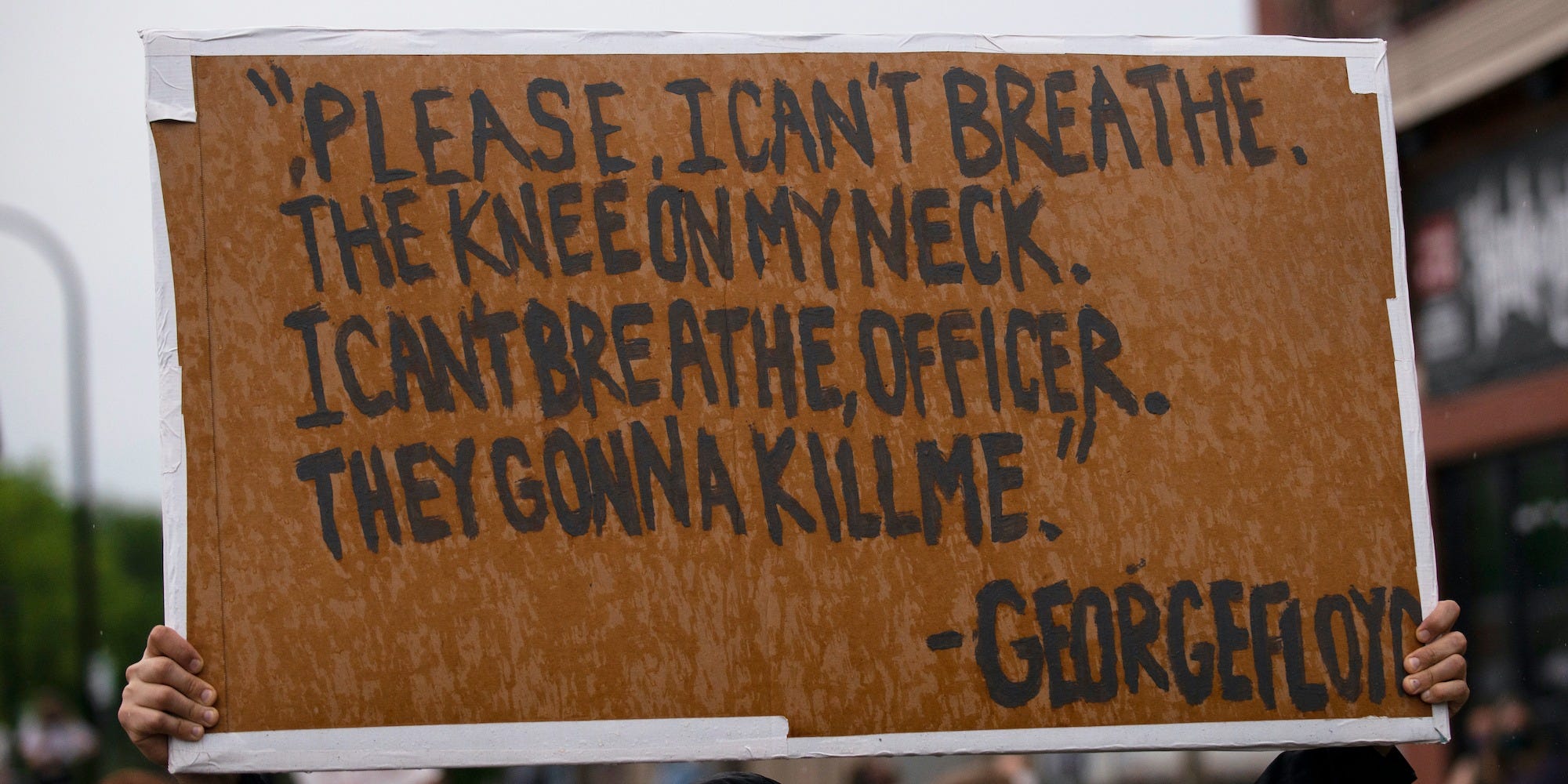 Stephen Maturen/Getty ImagesA protester holds a sign while demonstrating against the death of George Floyd outside the 3rd Precinct Police Precinct on May 26, 2020 in Minneapolis, Minnesota.

Relatives of George Floyd call him “everyone’s favourite everything.”

The 46-year-old black man died on Monday after a Minneapolis police officer was seen on video subduing Floyd with a knee on his neck for eight minutes.

Four police officers were fired after video emerged of Floyd’s death, in which he can be heard repeatedly saying “I can’t breathe.”

“He was everyone’s favourite everything,” Floyd’s cousin Tera Brown told KHOU, saying Floyd was like a cousin, father, and best friend to her. “It’s unbelievable, unbelievable to see someone suffer in the way that he did.”

“I would like to see the officers charged with murder and convicted,” Tate told The Times. “I would not be happy with anything less. In my mind, they executed him.” 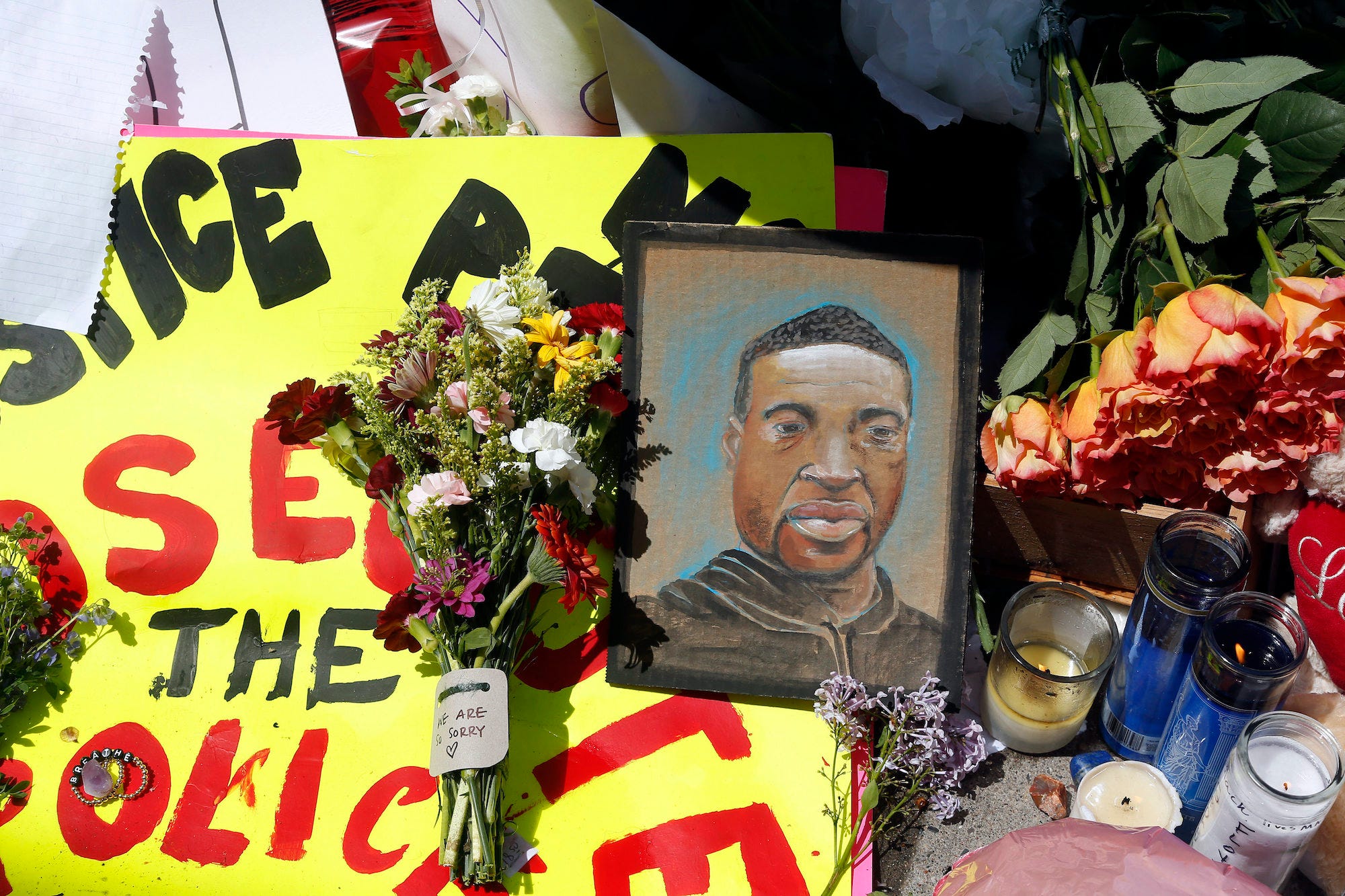 AP Photo/Jim MoneA chain portrait of George Floyd is part of the memorial for him, Wednesday, May 27, 2020, near the site of the arrest of Floyd who died in police custody Monday night in Minneapolis after video shared online by a bystander showed a white officer kneeling on his neck during his arrest as he pleaded that he couldn’t breathe.

“Knowing my brother is to love my brother,” Philonise Floyd told CNN. “They could have Tased him; they could have maced him. Instead, they put their knee in his neck and just sat on him and then carried on.”

Ben Crump, a civil rights attorney representing Floyd’s family, is also calling for murder charges to be filed against the police officers involved.

“The plan is to make sure these officers are charged with the murder of George Floyd,” Crump told The Times. “When you really think about it, it was nine minutes that he begged for his life while this officer had his knee in his throat, had his knee in his neck.”

No police officer has been charged in Floyd’s death yet, and on Tuesday night mass protests broke out in Minneapolis demanding justice for Floyd.

The FBI and state authorities are investigating Floyd’s death.