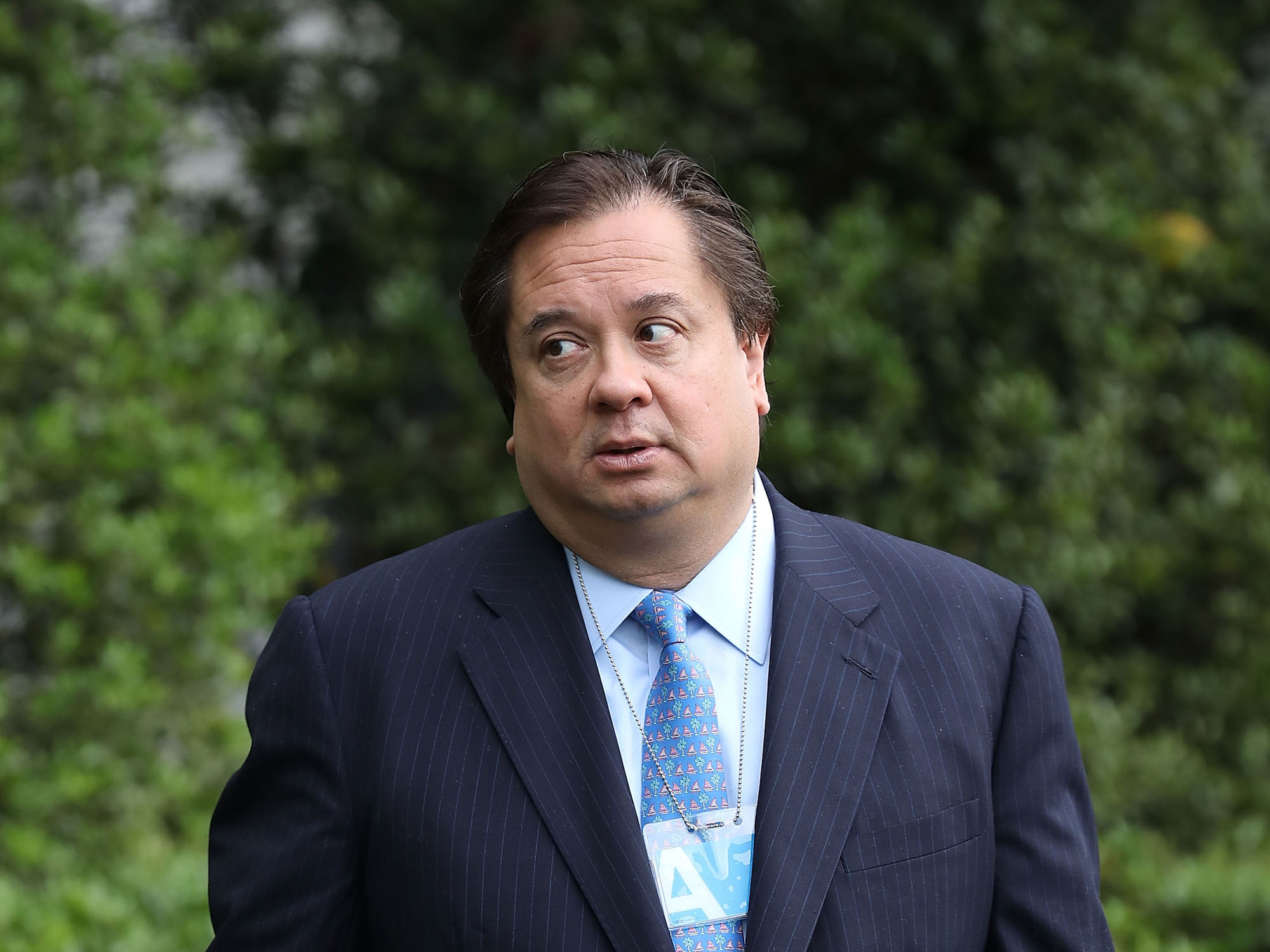 As several Super Tuesday states were called in Biden’s favour, Conway tweeted a screenshot of a receipt for a $US2,800 donation to his campaign, the maximum individual contribution limit.

Conway confirmed the donation to New York Magazine’s Olivia Nuzzi, telling her he donated “because the nation can’t afford four more years with a megalomaniacal moron in the White House.”

The Washington-based lawyer has made no secret of his disdain for President Trump, and frequently uses his Twitter account to criticise, and often outright troll, his wife’s boss. Their marriage has become an object of fascination in Washington’s circles of power and beyond, even making its way into a Saturday Night Live skit that substituted their union for the tumultuous relationship at the centre of the divorce film, “Marriage Story.”

In December, Kellyanne Conway attacked Biden as “Sleepy Joe” and asked, “We need Ukraine’s help to defeat THIS guy?” The acussation that Trump had pressured Ukraine’s president to investigate the Bidens was at the centre of Trump’s impeachment inquiry, in which he was aquitted by the Senate this year.

George Conway replied with a quote tweet: “Your boss apparently thought so.”

Your boss apparently thought so. https://t.co/yje099pkPU

This isn’t the first time that George Conway has donated to one of Trump’s rivals. Federal Election Commission data show that he also donated the maximum to the longshot presidential campaign of former Rep. Joe Walsh, who ran against Trump in this year’s Republican primary. Walsh has since suspended his campaign.