General Motors announced Tuesday that it would invest $US2 billion into its Spring Hill, Tennessee, factory to build the carmaker’s forthcoming Cadillac Lyriq electric SUV.

Spring Hill is a legendary name in US auto manufacturing. The factory opened in 1990 for Saturn, a brand established by GM in 1985 and branded as a “different kind of car company.” 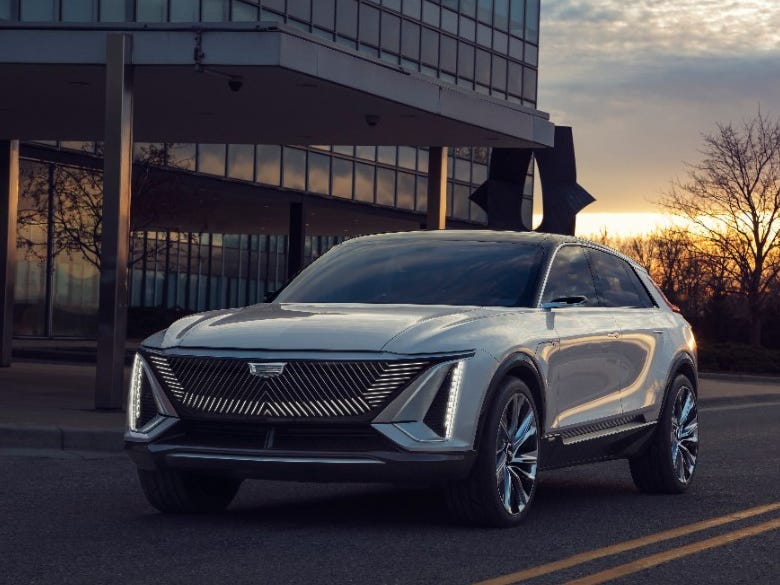 In a news presentation, United Auto Workers Vice President Terry Dittes said that the XT5 and XT6 would remain in production at Spring Hill, which employs roughly 3,500 workers. The Acadia, he added, would be relocated to GM’s Lansing, Michigan, plant, itself benefiting from a $US100 million investment.

Last week, GM said it would spend $US2.2 billion to transform its Detroit-Hamtramck factory to be an all-EV facility. The plant was renamed “Factory Zero” in a nod to GM CEO Mary Barra’s strategy for a zero-emission future for the largest US automaker by sales volume. 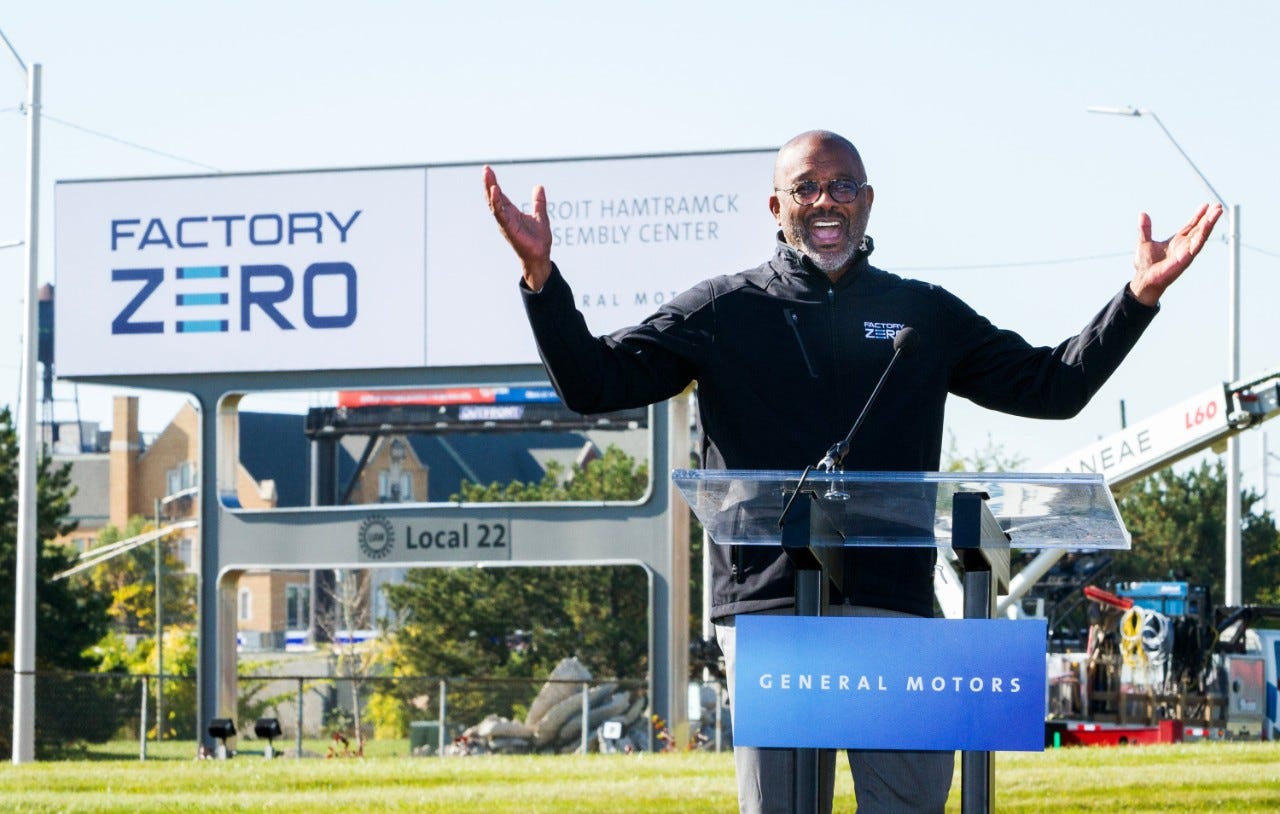 GM intends to launch 22 electrified vehicles by 2023, including the GMC Hummer pickup, to be assembled at Factory Zero, and the Lyriq EV unveiled in August. Factory Zero will also make the Cruise Origin, an autonomous EV shuttle being jointly developed by GM and Honda for Cruise, the GM-affiliated self-driving startup based in San Francisco.

“We’re investing in US factories to lead the transformation to all-electric future,” Gerald Johnson, GM’s executive vice president, said during the presentation.

GM’s vision of an all-electric future 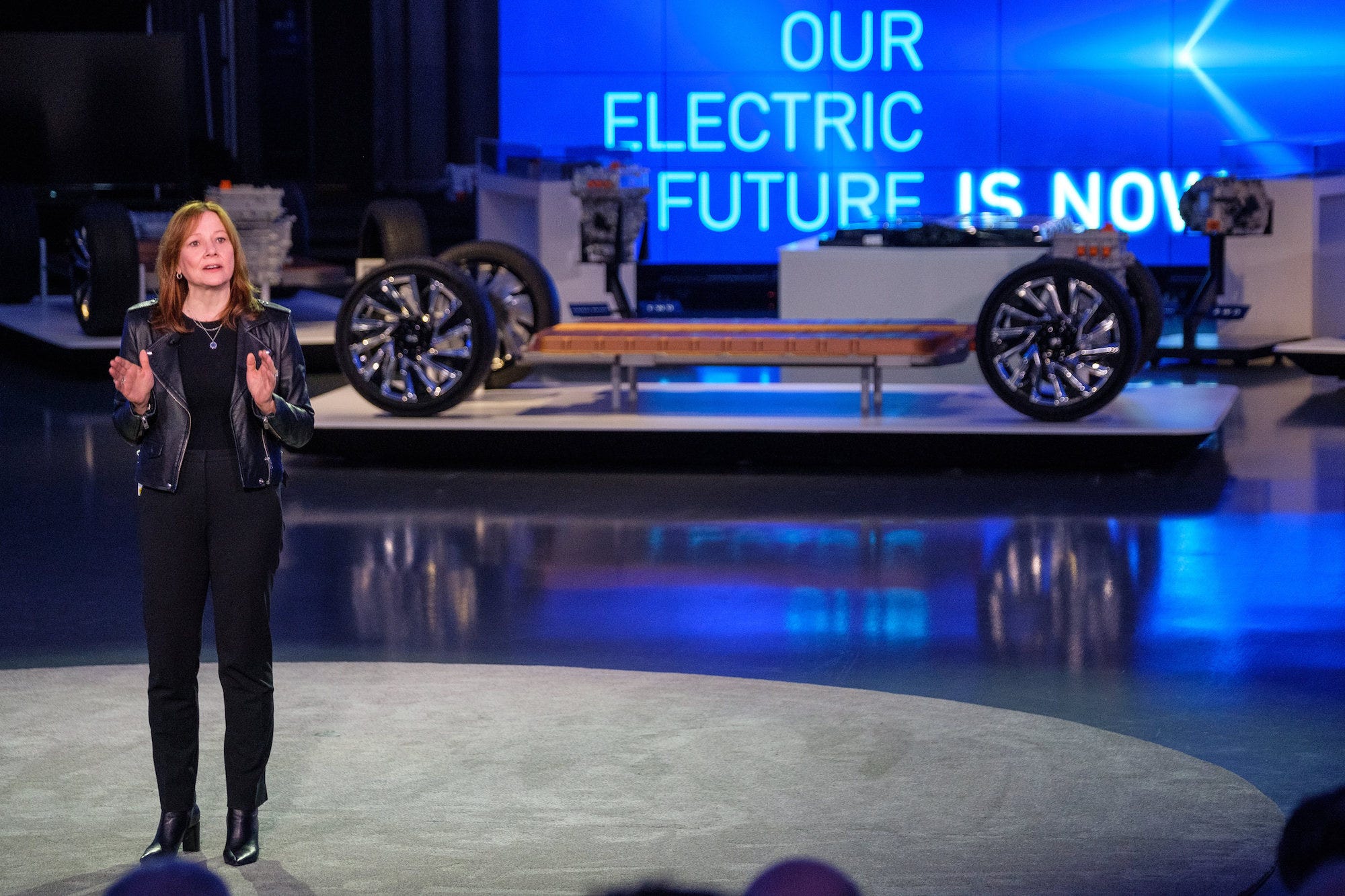 The investments continue a pattern of GM shifting its prior manufacturing footprint from internal-combustion vehicles to EVs.

“In the last 19 months, GM has committed to invest more than $US4.5 billion at three US manufacturing sites to prepare those facilities for EV-related vehicle production,” the company said in a statement.

Last December, GM announced a joint venture with South Korea’s LG Chem to invest $US2.3 billion into a battery factory in Ohio, near the location of a manufacturing facility in Lordstown that the company shut down in 2019.

The venture was christened Ultium Cells LLC, a reference to GM’s Ultium battery technology launched at the beginning of 2020, just before the coronavirus struck the US and compelled GM to idle all production for more than a month.