GameStop lurched as much as 20% higher in early Thursday trading as a record single-day gain rankled more short-sellers.

The climb marks a fourth straight day of gains for the gaming retailer after unveiling an update to its board of directors on Monday. GameStop agreed with activist investor RC Ventures to add three new members to its board, including Chewy founder Ryan Cohen.

Bullish investors were largely pleased. Shares leaped 12.7% on Monday and posted mild gains on Tuesday. Yet it wasn’t until Wednesday that investors betting against GameStop closed their positions and fuelled more extraordinary gains. The shift resembled a short squeeze, which occurs when investors shorting against a stock exit their bets to stave off losses.

The stock nearly doubled before paring some gains. By the end of Wednesday trading, shares had climbed 57.4% and reached their highest level since August 2016.

The scale at which GameStop was being shorted likely played a significant part in driving the stock’s rally. Short interest in the retailer’s shares reached 135% on January 5, according to data from financial analytics firm S3 Partners. That means demand from short-sellers to borrow shares outstripped the supply available in the market.

While the short-squeeze likely drove the bulk of the gains, Monday’s board shake-up sparked the week’s uptrend. Cohen said in a November letter to GameStop’s board that the company should focus more on online sales and jettison underperforming retail locations.

“GameStop needs to evolve into a technology company that delights gamers and delivers exceptional digital experiences â€” not remain a video game retailer that overprioritizes its brick-and-mortar footprint and stumbles around the online ecosystem,” he said.

Cohen’s appointment to the board signals such a transition is on the verge of starting. And GameStop’s holiday sales suggest the Chewy founder’s beliefs hold water. The company revealed on Monday that, though net sales sank 3.1% from the year-ago period, online sales surged 309% and represented more than a third of GameStop’s holiday-season revenue.

‘Vastly technically disconnected’: A market strategist breaks down the 3 indicators that show Tesla is overpriced â€” and says it’s due for a 17% correction in the next 6 weeks


Peloton can rally 12% as demand continues to surpass supply in early 2021, Bank of America says 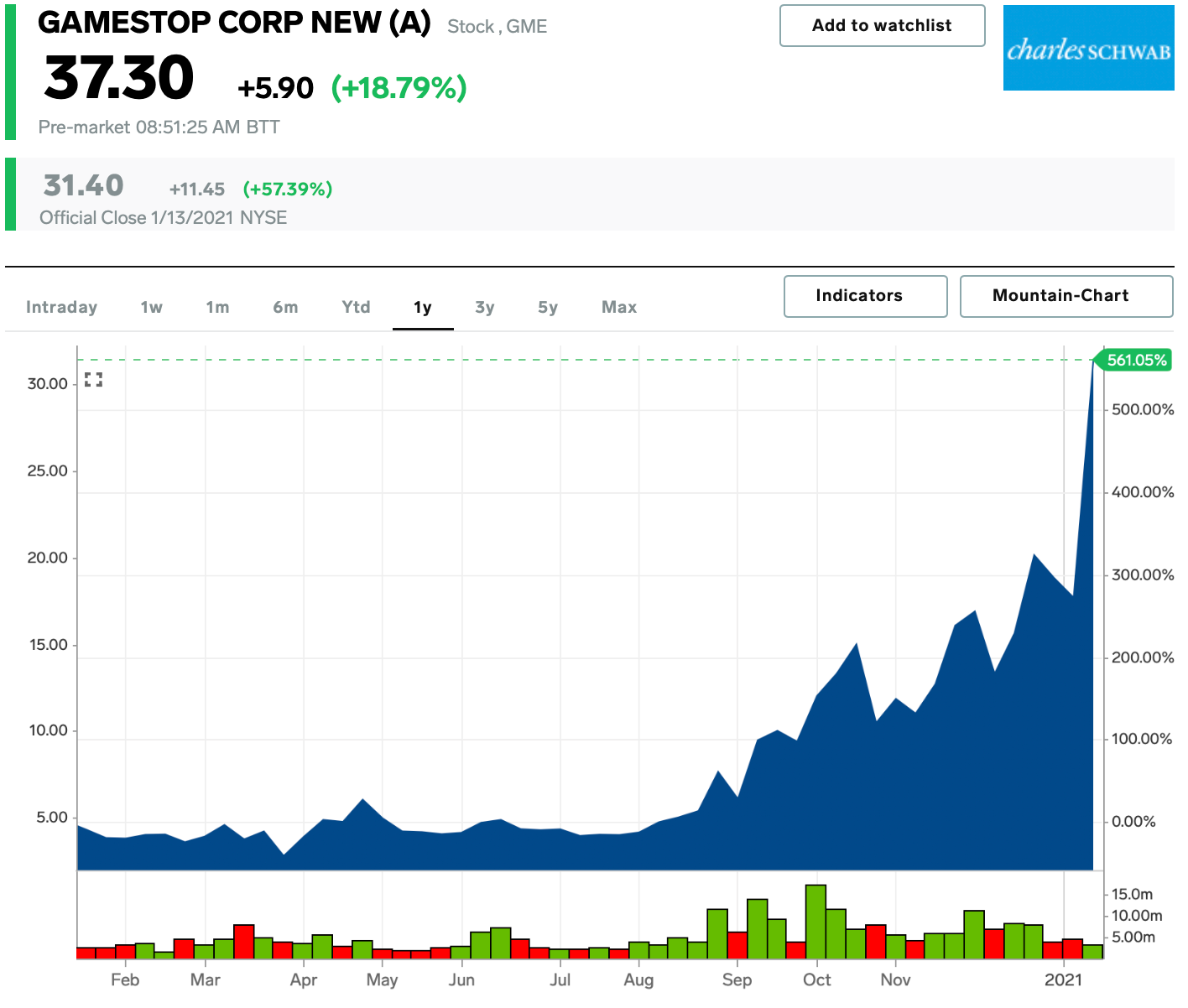