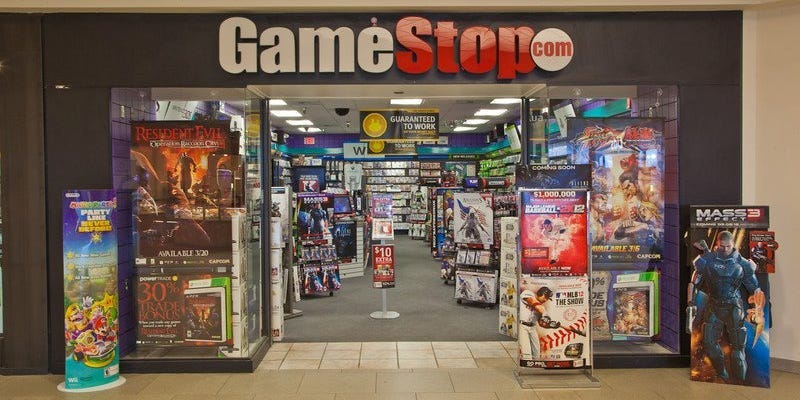 Wikimedia
GameStop’s shares rose 12% on Monday after the company announced its chief executive officer George Sherman will step down on July 31 or upon the appointment of a successor.

Shares were already up before the company’s announcement, buoyed by the company’s progress in making major changes led by activist investor Ryan Cohen.

GameStop said a board committee is actively looking to find a suitable replacement for Sherman’s position.

“GameStop appreciates the valuable leadership that George has provided throughout his tenure,” board chairman Ryan Cohen said in a statement. “He took many decisive steps to stabilize the business during challenging times. The company is much stronger today than when he joined. On a personal note, I also want to thank George for forming important partnerships with the new directors and executives who have joined GameStop in recent months.”

Sherman had been with the video-game retailer for less than two years. The company’s management shake-up is part of its wide “transformation” in culture and strategy being overseen by Cohen.

Gamestop was at the heart of a battle-play of “Wall Street versus The Little Guy” in a Reddit-fueled trading frenzy this year. It was hit with a stock downgrade last week by an analyst from Ascendiant Capital, who said its online popularity will have less of a long-term impact on the stock.