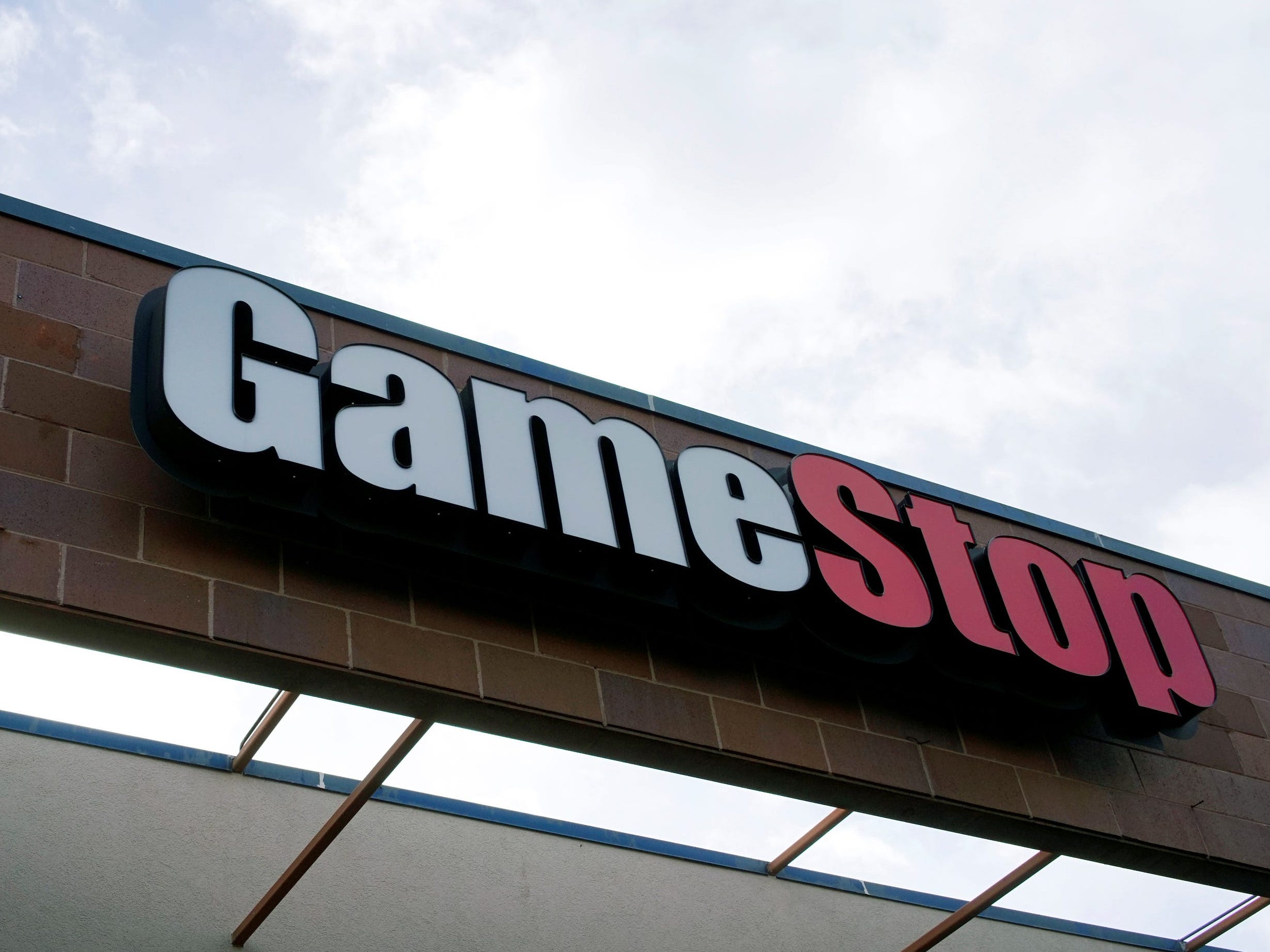 REUTERS/Rick WilkingThe GameStop store sign is seen at its shop in Westminster, Colorado.

As investors and hedge funds bet against GameStop, Reddit traders are feasting.

Short-seller net-of-financing mark-to-market losses in Gamestop have reached an incredible $US5 billion in 2021 as the company’s stock continues its historic run, according to data from the financial-analytics firm S3 Partners.

Losses totaled nearly $US867 million on Tuesday alone as shares rocketed over 73% higher.


GOLDMAN SACHS: These 22 stocks still haven’t recovered to pre-pandemic levels – and are set to explode amid higher earnings in 2021 as the economy recovers.

GameStop stock continued its climb on the back of retail traders and Reddit’s WallStreetBets army this week as the battle with short-selling hedge funds and investors continues.

The company’s shares initially leaped on January 11 after activist investo and Chewy co-founder Ryan Cohen recommended changes to modernise the business, including adding three new directors to the board.

Since then, Gamestop shares have skyrocketed over 500%, drawing in swaths of retail traders looking to make a quick buck off a short squeeze of institutional investors.

The rapid increase in GameStop’s share price has left short-sellers with record losses. Still, over the last 30 days, the number of shares shorted in GameStop has actually increased by some 1.53 million, giving the company a short interest of nearly 71.79 million shares.

“We are still seeing a short squeeze on existing older shorts, with these more value-based short sellers trimming or closing their positions due to large mark-to-market losses,” said Ihor Dusaniwsky of S3 Partners. “But, for every short position that is closed and stock borrow returned, we are seeing extremely strong demand from new short sellers looking to initiate new short positions.”


Read more:
MORGAN STANLEY: Buy these 9 sports-betting stocks ahead of the industry’s expected legalization in 12 states this year and its growth to $US10 billion in 2025

The increase in shorts and continuing rise of the stock’s price has also caused fees to borrow shares of GameStop to increase to an unheard of 31%, with new shorts paying a fee of over 80%.

Short-sellers and Wall Street have struggled to make sense of the retail-trader phenomenon led by Reddit’s WallStreetBets crowd.

Only one firm, Telsey Advisory Group, has downgraded shares since they spiked earlier this month. And the Street’s median price target for GameStop remains at just $US11.96 per share, implying analyst expectations for a crash of over 90% from current prices.

Still, as of Tuesday, nothing seems to be slowing down GameStop’s momentum, so it looks like it could be a long couple of days for short-sellers.

And now billionaire investor Chamath Palihapitiya has entered the fray, purchasing $US115 call options that expire on February 19 in a bullish bet on GameStop.

The spike in GameStop has led some hedge funds into trouble. Melvin Capital required a $US2.75 billion cash infusion from Steve Cohen’s Point72 and Ken Griffin’s Citadel to help it weather the losses from a short position.