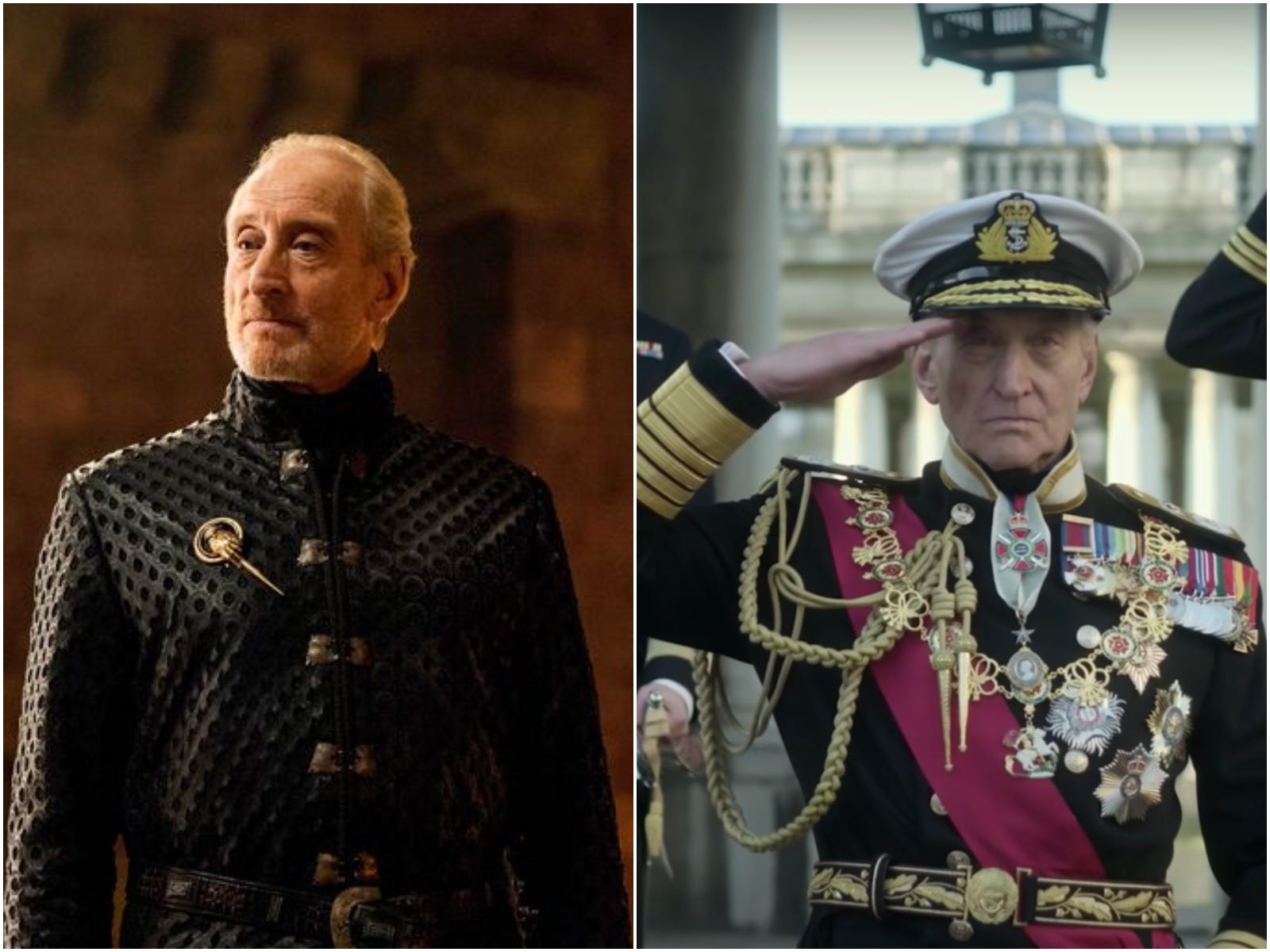 HBO/NetflixCharles Dance in ‘The Crown’ and ‘Game of Thrones.’

George R.R. Martin has always been clear about how the lives of real medieval kings and queens were a big inspiration for “Game of Thrones.”

Therefore, it’s only fitting that the fantasy drama shares a few things in common with Netflix’s royal drama “The Crown” – including some of its cast members.

Here are 6 actors who have been cast in both series:

Charles Dance stays on brand in both series through patriarchy, daddy issues, and nobility. In “Game of Thrones,” he played Tywin Lannister, the mean-spirited head of House Lannister whose first two children were incestuous, and whose third murdered him. 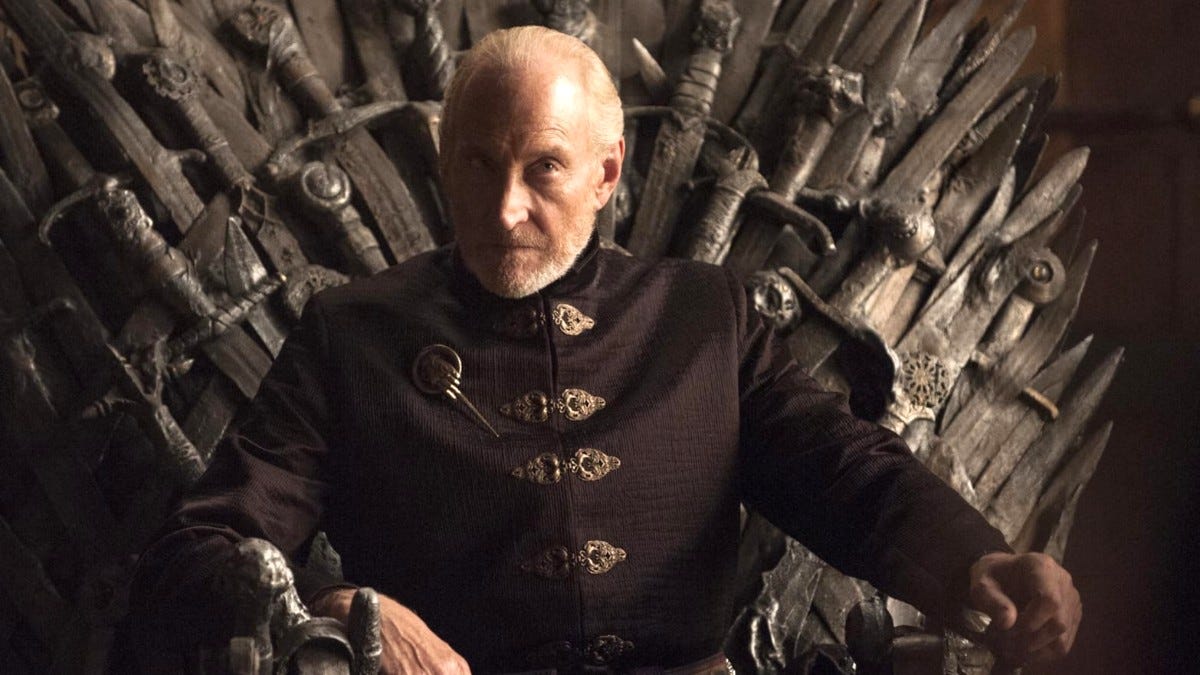 HBOCharles Dance as Tywin Lannister in ‘Game of Thrones.’

As Lord Mountbatten on “The Crown,” Dance plays the semi-cool uncle to Prince Charles — that is until he conspires with the Queen to ruin the young prince’s fledgling teen romance, and then seemingly establishes a coup to overthrow the British government. 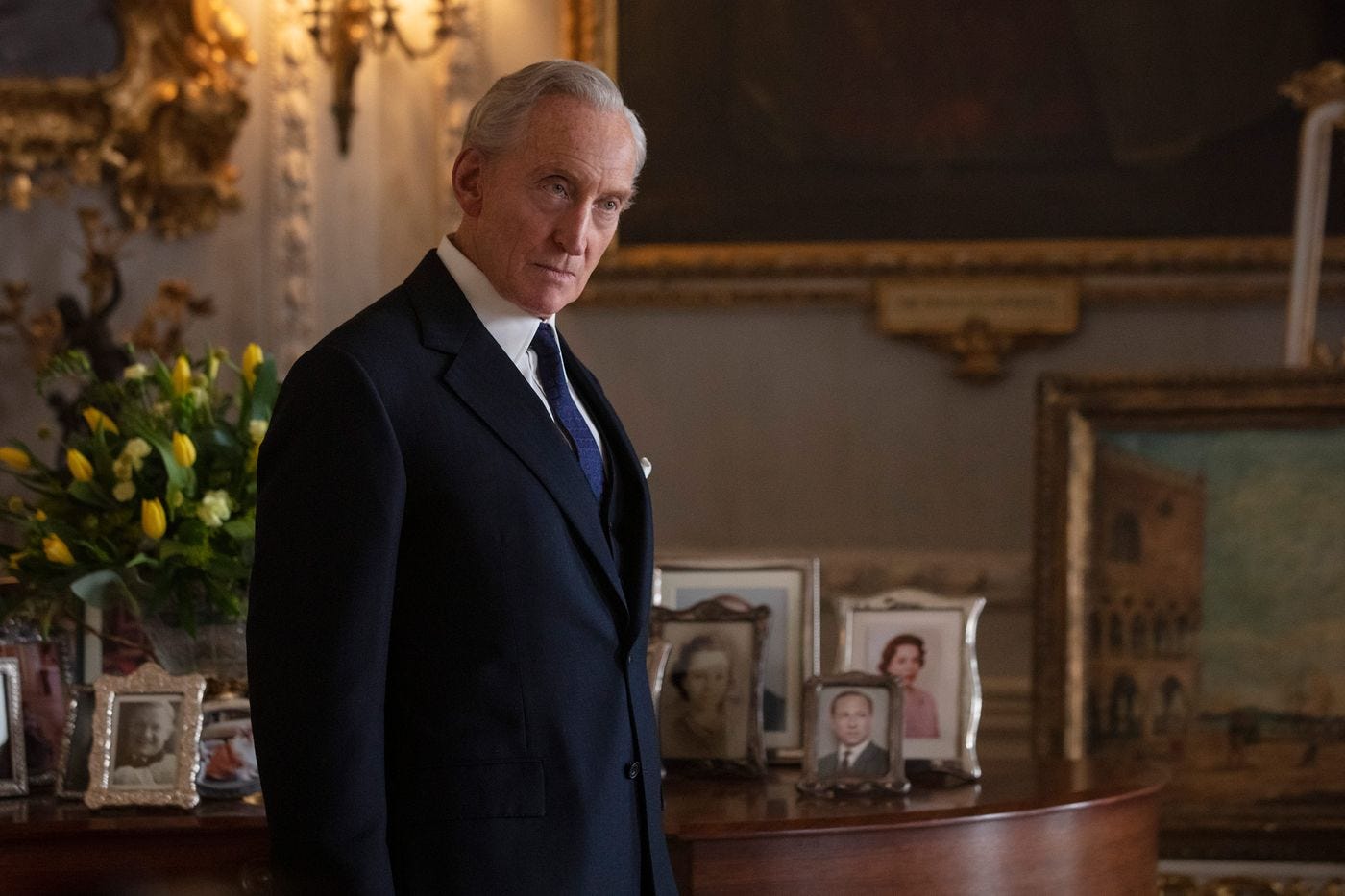 NetflixCharles Dance as the Queen’s cousin Lord Mountbatten in ‘The Crown.’

In “Game of Thrones,” Tobias Menzies is the cowardly Edmure Tully, Lord of the Riverlands, and brother to the great Catelyn Stark. Tully miraculously made it to the controversial final episode after disappearing for two seasons, but spoiler alert — he doesn’t become King. 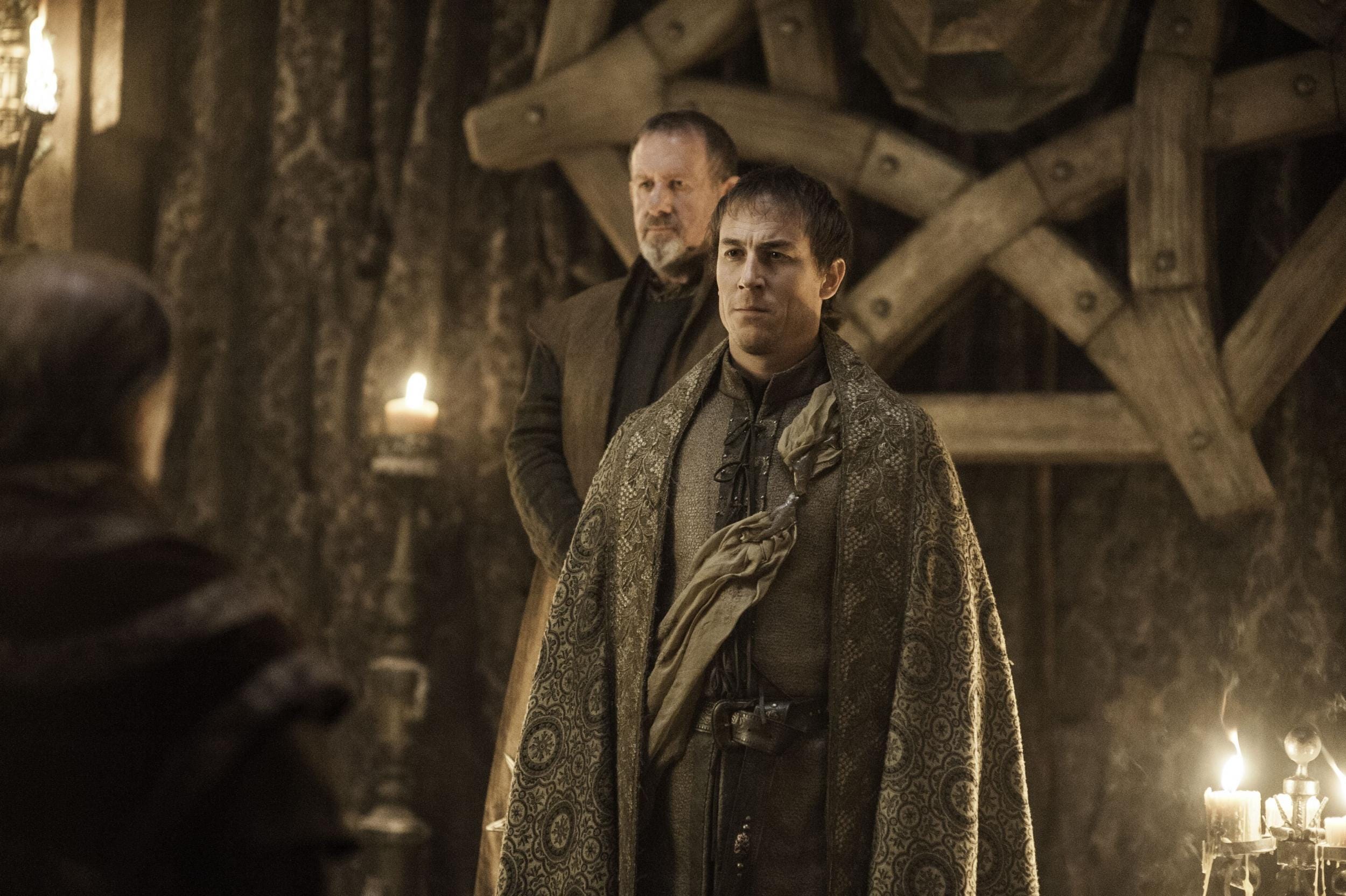 HBOTobias Menzies as Edmure Tully in ‘Game of Thrones.’

He doesn’t become a King in “The Crown,” either. As Prince Phillip, he instead assumes the lowly titles of Prince Consort, Duke of Edinburgh, Earl of Merioneth, and Baron Greenwich. 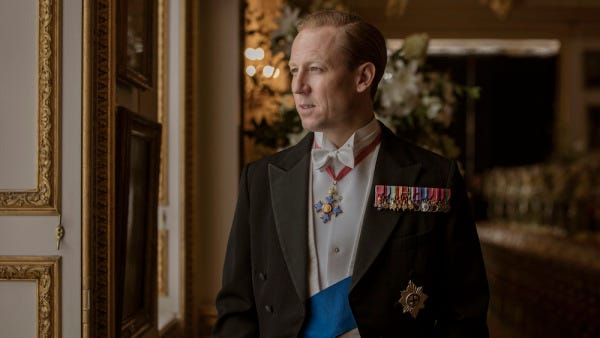 NetflixTobias Menzies as Prince Phillip in ‘The Crown.’

Stephen Dillane had a hard time as Stannis Baratheon, the younger brother of King Robert Baratheon, in “Game of Thrones.” After his brother died, Stannis declared himself the rightful heir to the throne, and launched a campaign that included witchcraft and wizardry, child sacrifices, and several battles to claim it. 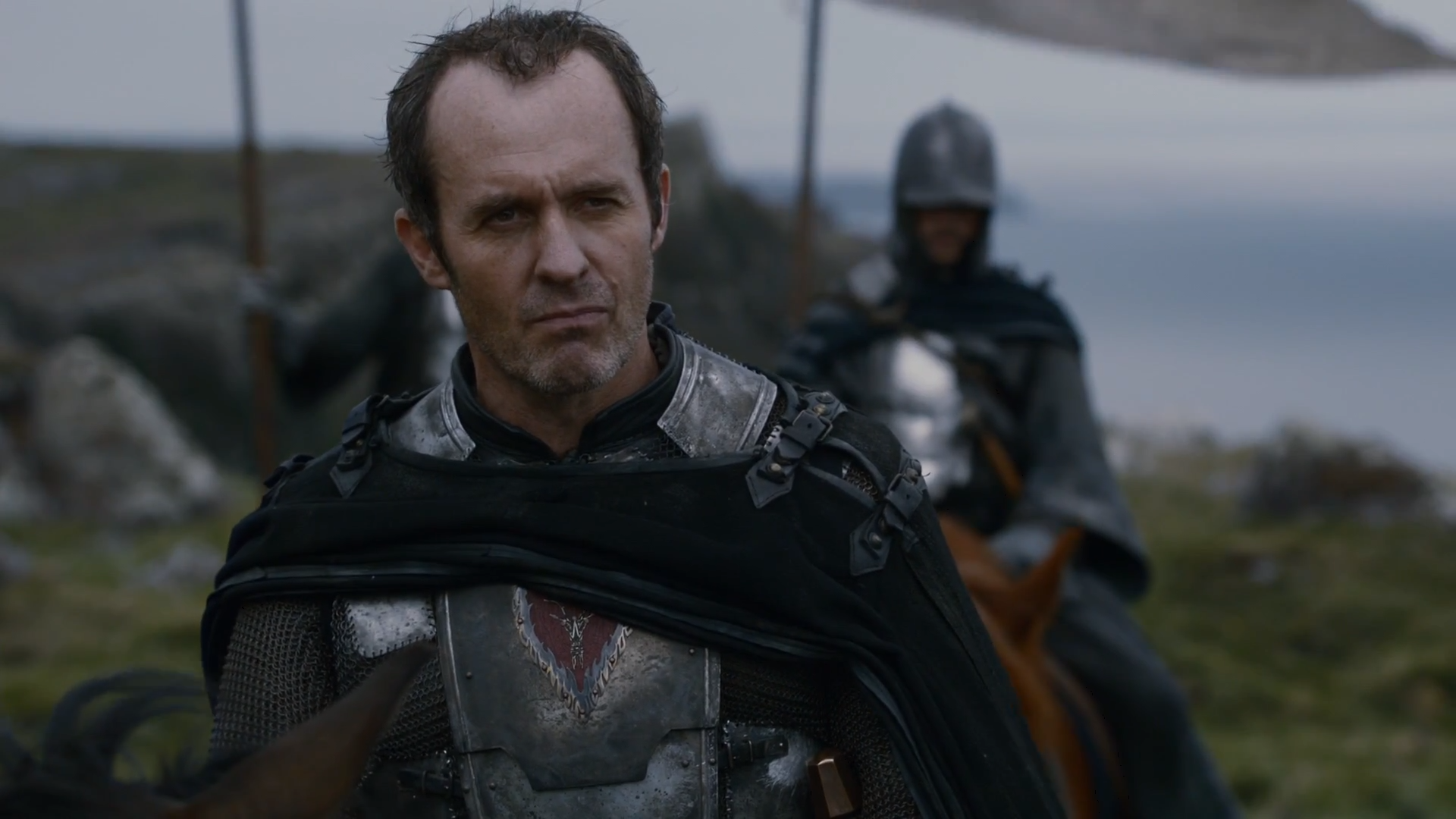 HBOStephen Dillane as Stannis Baratheon in ‘Game of Thrones.’

Dillane had it no easier as the English Painter Graham Sutherland on “The Crown,” who was tasked with creating a portrait of the British Prime Minister, Winston Churchill. 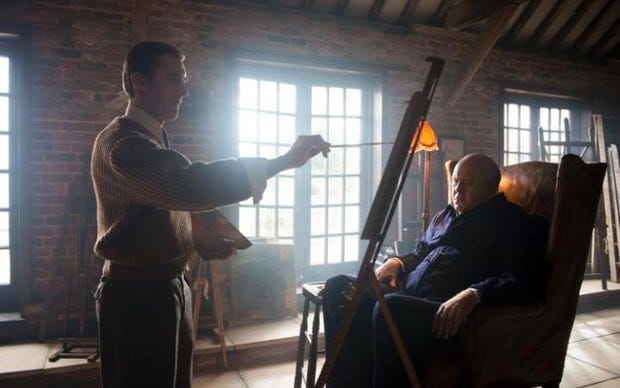 NetflixDillane painting Churchill as Graham Sutherland on ‘The Crown.’

Rupert Vansittart plays Yohn Royce in “Game of Thrones,” a fiercely loyal ally of the Starks. 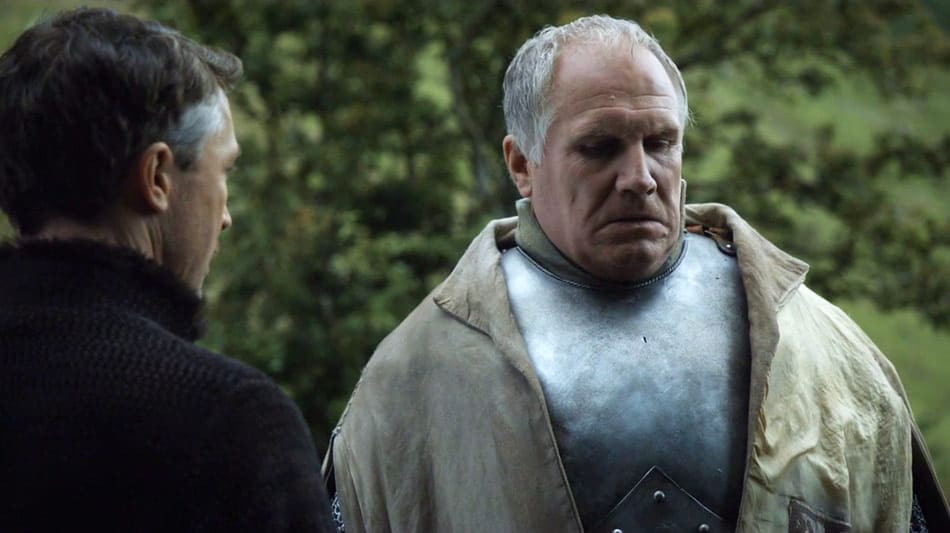 However, Vansittart’s allegiances are a little less fixed in “The Crown,” where he plays the newspaper editor Cecil King, who had a leading role in Lord Mountbatten’s naughty coup to overthrow the British government. 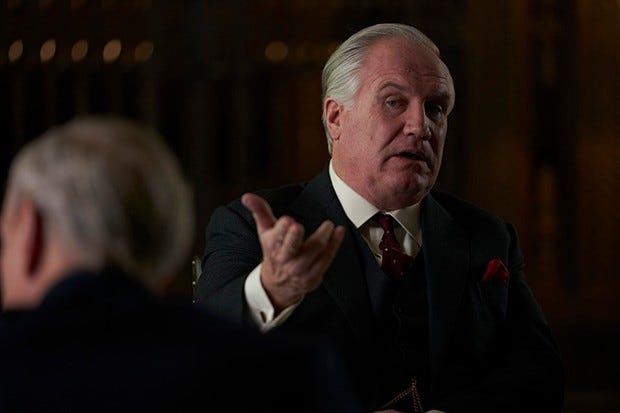 NetflixRupert Vansittart as newspaper editor Cecil King in ‘The Crown.’

In “Thrones,” Gemma Whelan is Lady Yara Greyjoy, the fierce and uncompromising ruler of the Iron Islands. That is, until her uncle, Euron, returns and threatens her place on the Iron throne. 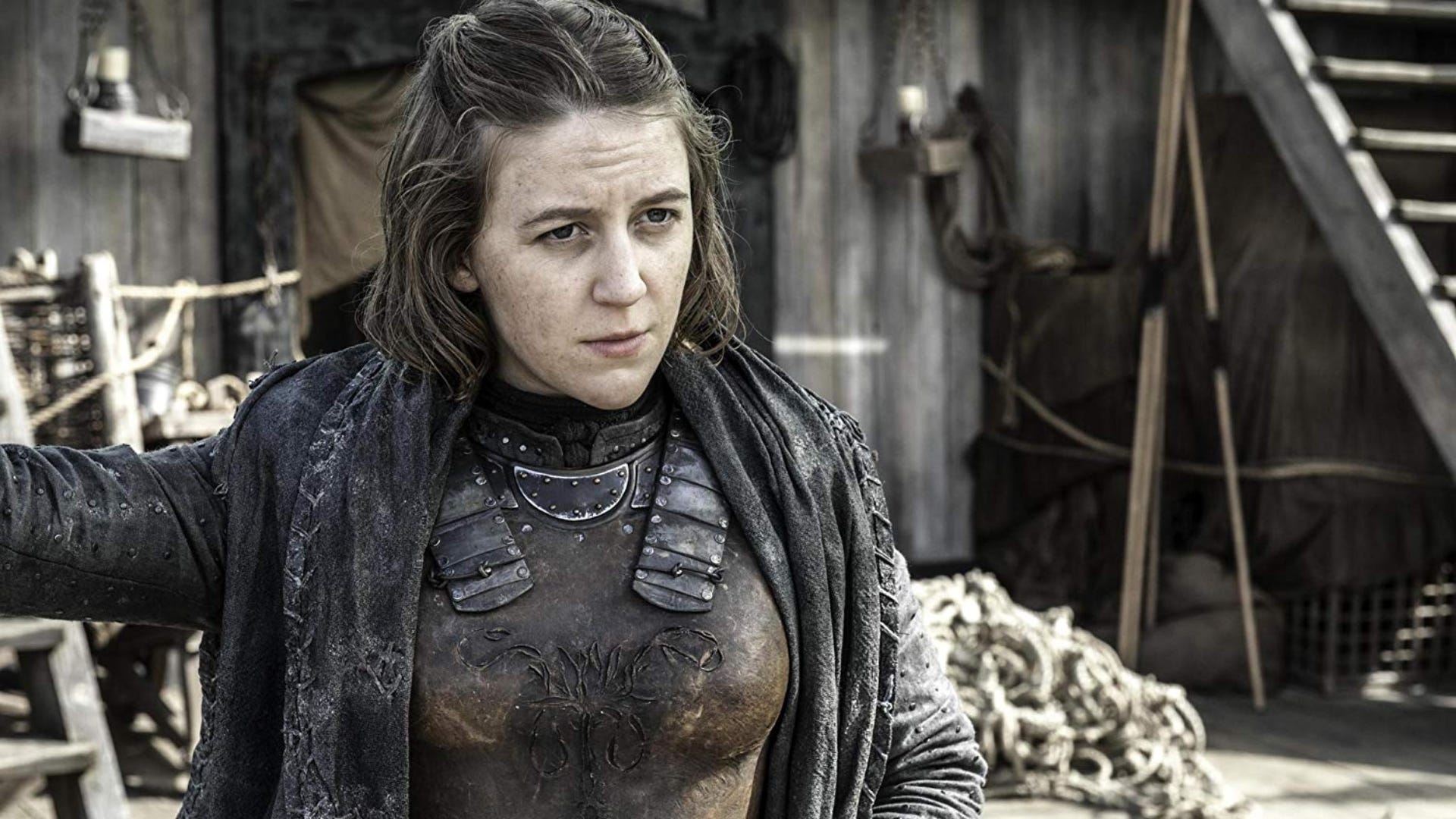 HBOGemma Whelan as Lady Yara Greyjoy in ‘Game of Thrones.’

On season two of “The Crown,” Whelan makes a hilarious albeit brief appearance as Patricia Campbell, the assistant to journalist John Grigg who criticised the Queen for making a tone-deaf speech, calling her a “priggish schoolgirl.”

NetflixGemma Whelan as the adoring Patricia Campbell in ‘The Crown.’ 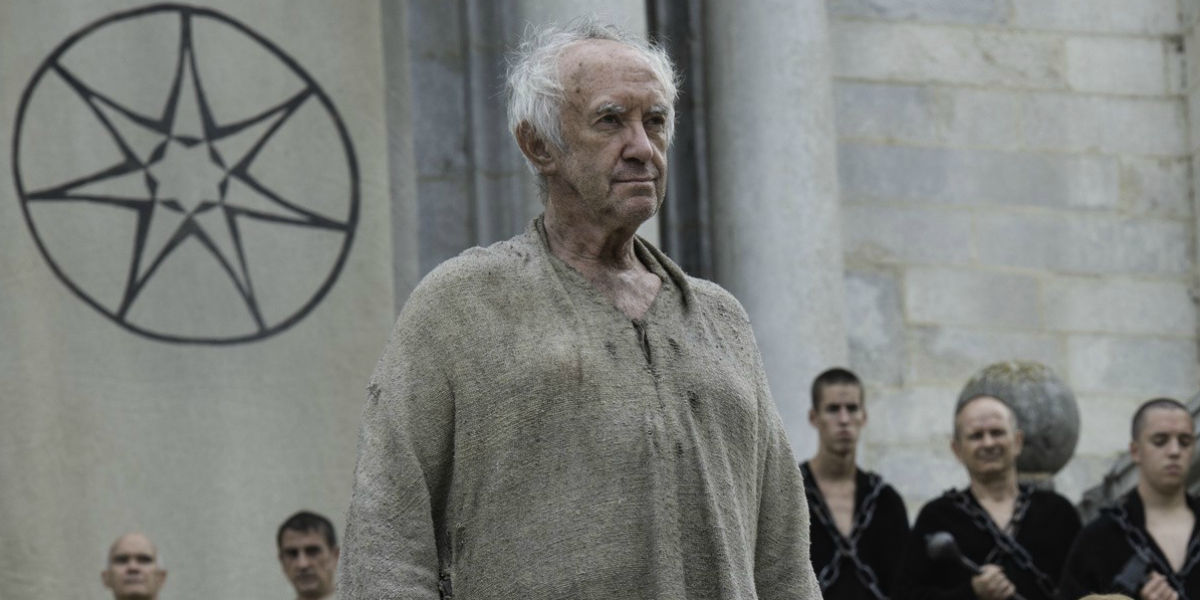 HBOJonathan Pryce as the scary and all-knowing High Sparrow in ‘Game of Thrones.’

Pryce has recently been confirmed as the latest recruit for “The Crown,” where he will take on the role of an older Prince Phillip in the final two seasons. 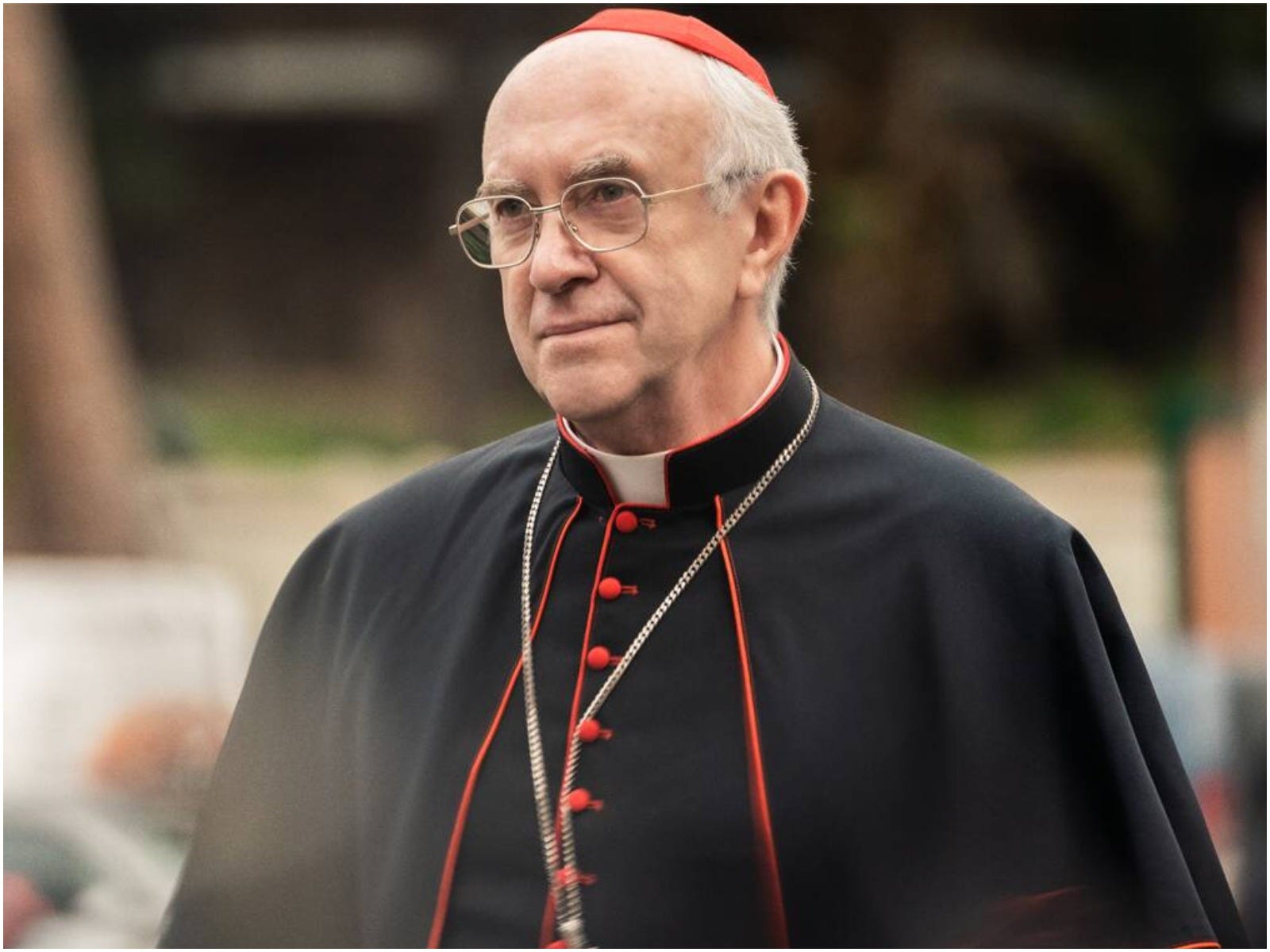 NetflixJonathan Pryce in ‘The Two Popes.’

Why ‘Game of Thrones’ may not have ‘spoiled’ the ending of George R.R. Martin’s books as much as you think

‘The Crown’ star Josh O’Connor says Prince Charles ‘has no purpose’ until the Queen dies: ‘What the hell is he doing?’

From multiple assassination plots to a doomed wedding, here are 8 stories likely to be covered on season 4 of ‘The Crown’