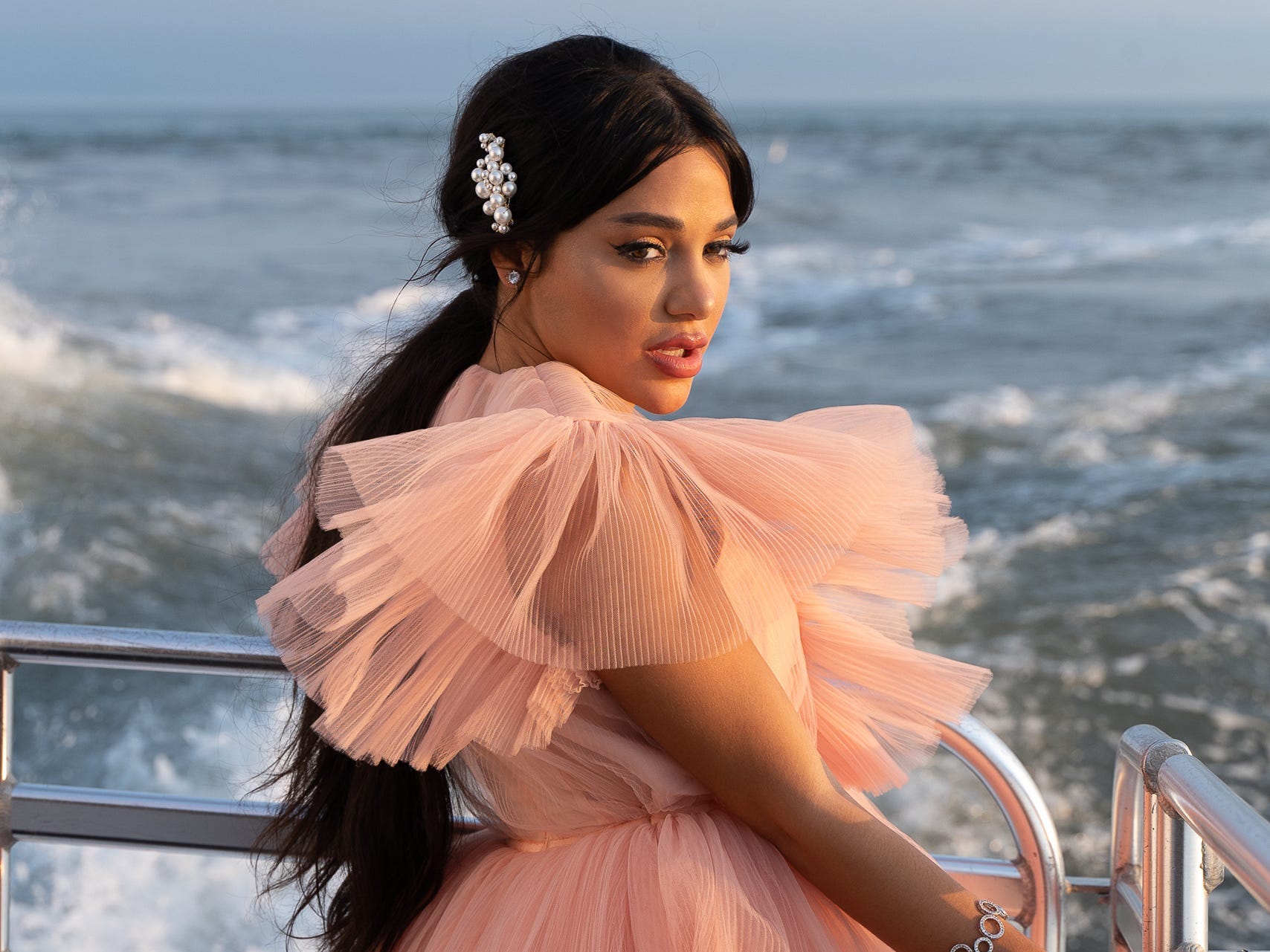 Photo by Jared Siskin/GC ImagesGabi DeMartino films a music video for her song ‘Champagne Dreams’ on August 5 in Cape May, New Jersey.

A 25-year-old influencer best known for her YouTube vlogs and resemblance to the singer Ariana Grande said she took down her OnlyFans page after selling a clip of herself naked as a child.

Outrage erupted over reports that Gabi DeMartino, who has over 3 million YouTube subscribers and made a cameo in the music video for “Thank U, Next,” sold the home video with the caption “wont put my panties on” to her OnlyFans subscribers for $US3.

DeMartino told Insider that she removed her OnlyFans account after critics suggested she was marketing inappropriate underage sexual content. But OnlyFans later said that it removed the account.

She initially defended the 35-second video, which showed DeMartino as a toddler lifting her dress to show she was naked underneath.

“Drama channels are trying to make something out of a childhood video of me, that’s hilarious,” DeMartino said over the phone. “They’re reaching.”

But as the online backlash grew, DeMartino changed course, apologizing and saying the video wasn’t intended to be sexual.

“I’m sorry I didn’t think that one through. period,” DeMartino tweeted on Tuesday. “A home-video i love to share w my friends & i use my OF as a ‘finsta’ page where i share stuff as i would w friends.”

a childhood video of me on the phone sayin "Nani says put your panties back on" and jumping up and down laughing. I'm sorry I didn't think that one through. period. a home-video i love to share w my friends & i use my OF as a "finsta" page where i share stuff as i would w friends https://t.co/yEgFCPs9zg

OnlyFans is a popular subscription site that allows creators to monetise content and sell it directly to their fans. It’s predominantly used by sex workers who post pornography, though influencers and celebrities have increasingly used it to showcase risquÃ© content and behind-the-scenes footage.

In a statement to Insider, OnlyFans suggested it had a role in the removal of DeMartino’s page. “The account in question is deactivated for violation of OnlyFans’ Terms of Service,” it said.

DeMartino’s critics also said her video appeared to be marketed in a sexual context. But DeMartino said she was “trolling,” slang for deliberately provoking someone online, typically to incite anger.

Girl just look at the presentation. You’re telling me you’d click and be like omg a toddler ???? naw https://t.co/Gh4zcgO92c pic.twitter.com/hA46snWjot

DeMartino said her OnlyFans was not intended to be a sexual page but rather a “finsta,” a term for a private Instagram shared with only close friends. Fans of DeMartino were able to subscribe for $US11 a month and pay additional costs for content she sent in direct messages, including the video.

DeMartino wrote in text messages to Insider that “it was NOT a sexual page” and that “that’s the major part of it,” though her previous OnlyFans posts were sexual in nature.

DeMartino’s photos and videos on OnlyFans included a video of her boyfriend lying on top of her and kissing her and a picture of him groping her. She also posed topless for a “nip slip” image and for one image of her breasts pressed against another woman who was clothed. DeMartino also posted multiple videos of her twerking.

She said on Twitter that her intended audience was her “fancy babies.”

“The video was a goofy throwback family moment that I wanted to share with my personal onlyfans fancy babies,” DeMartino said. “I am sorry that this wasn’t thought out completely I apologise. The video is down now I am sorry again if this came out wrong.”