'A slap in the face': Furious Michiganders are planning to protest their governor's travel crackdowns in the state capital 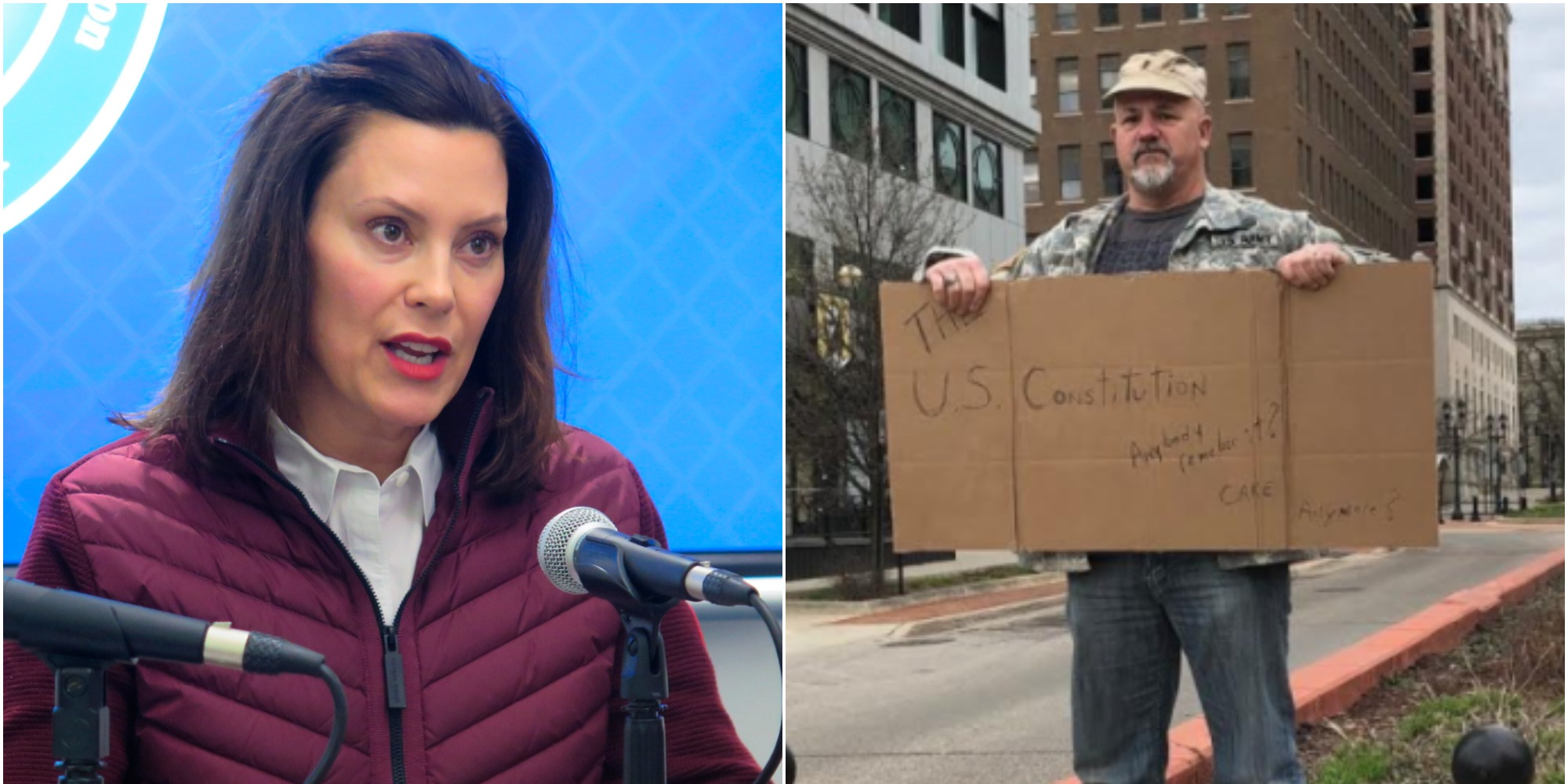 Paul LaFrance, a business owner who lives in the Detroit metro area, has never protested. But that’s going to change this week.

He’s joining a group of Michigan residents planning to protest their governor’s stay-at-home order at the Michigan Capitol in Lansing on Wednesday.

Gov. Gretchen Whitmer, a Democrat who was elected in 2018, issued a new stay-at-home order on Thursday to combat the coronavirus pandemic. The order, one of the nation’s most stringent, included closing parts of big-box stores that sell gardening and home-improvement goods, limiting the use of motorboats, closing public golf courses, and curbing interstate travel.

The order has affected small businesses too. Workers in the lawncare and construction industries have said it hampers their ability to make ends meet. Nationwide, in the past three weeks, shutdowns related to the outbreak have put an estimated 17 million Americans out of work.

“To say that I am furious about this would be an understatement,” LaFrance told Insider. “This is a complete overreach by the government.”

The Facebook event for the protest, organised by the Michigan Conservative Coalition and the Michigan Freedom Fund, instructs people to stay in their cars and “honk horns, paint cars or bring signs” to express their displeasure. More than 3,000 Facebook users have indicated that they plan to attend.

Some are already protesting, like John S. Roberts, who went to Lansing on Sunday to protest in front of the capitol. He described Whitmer’s policies to Insider as “a slap in the face to the vast majority of Michiganders.”

“Governor Whitmer believes that everyone has a right to protest and speak up,” Whitmer’s deputy press secretary Chelsea Lewis said in a Monday statement to Insider. “She knows that a lot of people are angry and frustrated, and will always defend everyone’s rights to free speech – the Governor asks those who choose to protest these orders to do so in a manner that doesn’t put their health or the health of our first responders at risk.”

Whitmer’s office also noted that the Michigan Freedom Fund, one of the groups behind the protest, is largely financed by ultra-wealthy conservative donors Dick and Besty DeVos, the latter of whom currently serves as President Donald Trump’s Secretary of Education.

“It’s highly inappropriate for a group that’s primarily funded by a member of the president’s cabinet to be launching a partisan political attack during the worst public health crisis in a century,” Lewis added. “We should all be on the same team fighting the same enemy, and that’s COVID-19.”

Fighting one of the US’s biggest coronavirus outbreaks

Some Michigan residents have become angrier and more frustrated at the burdensome restrictions on travel and what businesses are considered essential.

But Whitmer and medical professionals have said that such measures are essential to curb the fast spread of the coronavirus. As she pointed out on Friday, the coronavirus killed nearly 1,300 people in Michigan in March alone. That’s higher than the death toll from car crashes in Michigan for the entire year.

“Protecting the health and safety of the people of Michigan remains the governor’s number one priority,” Whitmer’s office said in a statement to MLive over the weekend. “She has worked closely with Speaker [Lee] Chatfield and Sen. Shirkey throughout this emergency, and will continue to do so. We welcome constructive participation from the legislature, but the priority must be on taking actions to slow the spread of this virus and keep Michiganders safe.”

The pandemic has slammed Michigan hard. As of Monday, there were more than 25,000 confirmed cases in Michigan and 1,600 deaths. Three counties surrounding and including Detroit are the most affected.

Dr. Matthew Sims, an infectious-diseases expert at Michigan’s Beaumont Health, told the local news outlet Bridge over the weekend that significant social distancing must continue in the state, even as the number of new reported cases slows.

“Flattening doesn’t mean it’s safe to break social distancing,” Sims told Bridge. “Because once you do that [the virus] is going to surge.”

Despite the advice of medical professionals, a group of Michiganders is still against the travel crackdown. Some like Jolene Holtz, who lives in the Lansing area, have said that while the surge in cases has mostly been in the Detroit area, the entire state has been burdened with the stay-at-home policies.

“I have noticed more ads concerning mental health on the radio,” Holtz told Insider. “Ironically, [Whitmer] has closed garden centres, home-improvement stores, etc. Those activities could improve people’s mental health and also provide an activity which is far healthier than sitting around, which is what she would have us do.”

And others like Lee Chatfield, the Republican speaker of the Michigan House of Representatives, have pointed out a schism in the stay-at-home order: Activities like buying garden seeds are banned, while marijuana dispensaries have remained open.