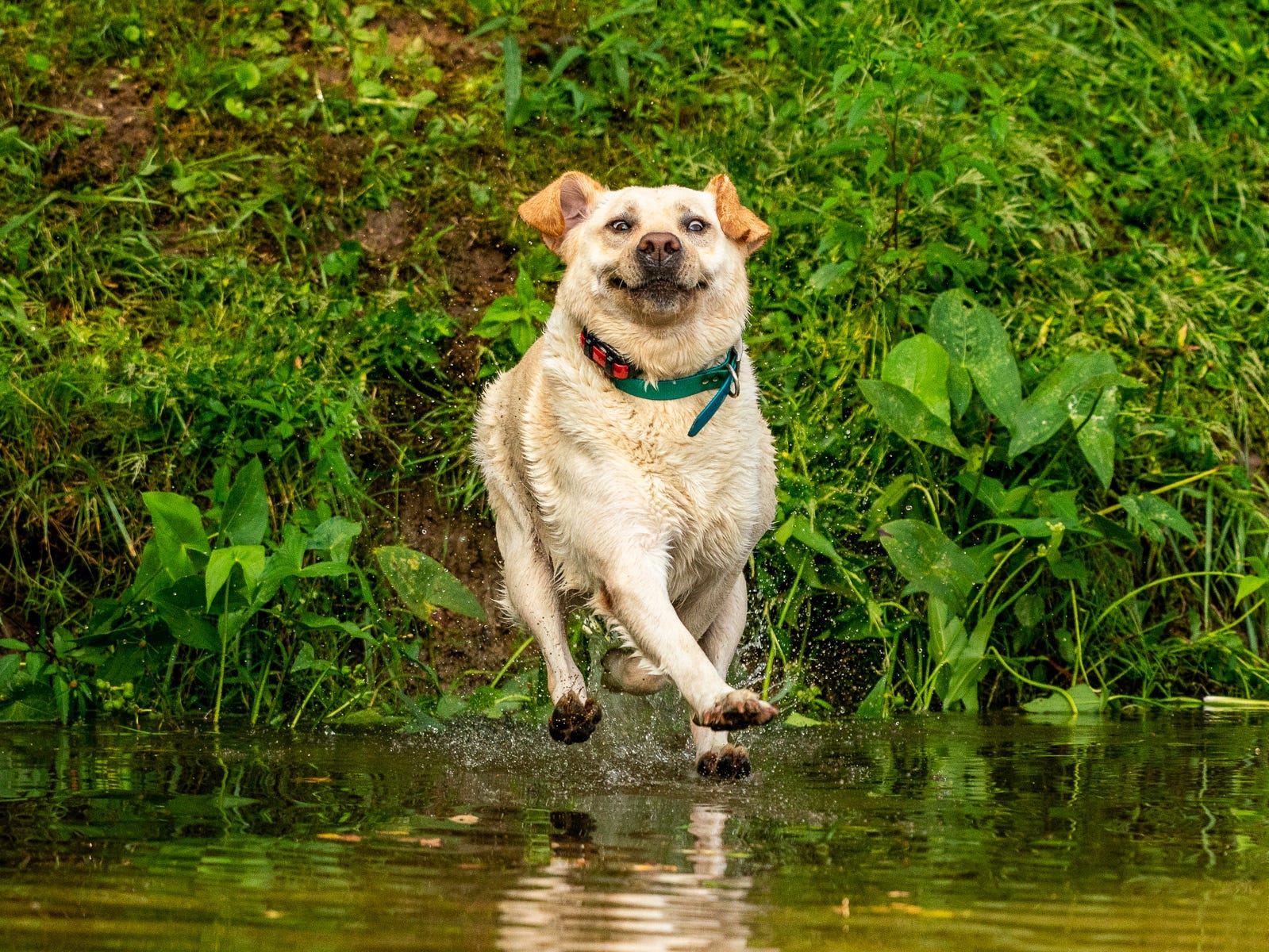 The Mars Petcare Comedy Pet Photo Awards highlight photos of pets pulling funny faces and getting into mischief (founders Paul Joynson-Hicks and Tom Sullam are also the minds behind the Comedy Wildlife Photography Awards). The winner receives a $US3,800 (Â£3,000) prize, and 10% of all entry and sponsorship fees supporting the UK-based animal charity Blue Cross.

This year, the joy that pets bring to people’s lives was more important than ever.

“The importance of pets in our lives â€” the positive life affirming friendship that they bring without even realising it â€” is often underestimated and taken for granted,” Sullam said in a statement. “But this year has really given these pets a chance to shine, and I think without pets many, many people would have had a harder time dealing with the isolation. Thank you to the pets, all of them, for making us smile through this competition, and keeping many of us on an even keel!”

Here are the winners of this year’s photo contest.

Karen Hoglund’s puppies had places to be in “Hold On Tight! We’re Running Late.”

“Dani the puppy hangs on for her life when Gabby is at the wheel,” Hoglund captioned the photo, which earned a Highly Commended award. “We intended to take a photo of the dogs looking at the camera, but both pups looked forward instead, which was much funnier! Just to be on the safe side, we kept both dogs on leashes. What you can’t see in these photos is my husband crouched down in the back seat, holding both dogs leashes. He is such a good sport!”

Candice Sedighan titled this relatable snapshot “The Moment You Realise You’ve Gone Through Half A Jar of Snacks.” 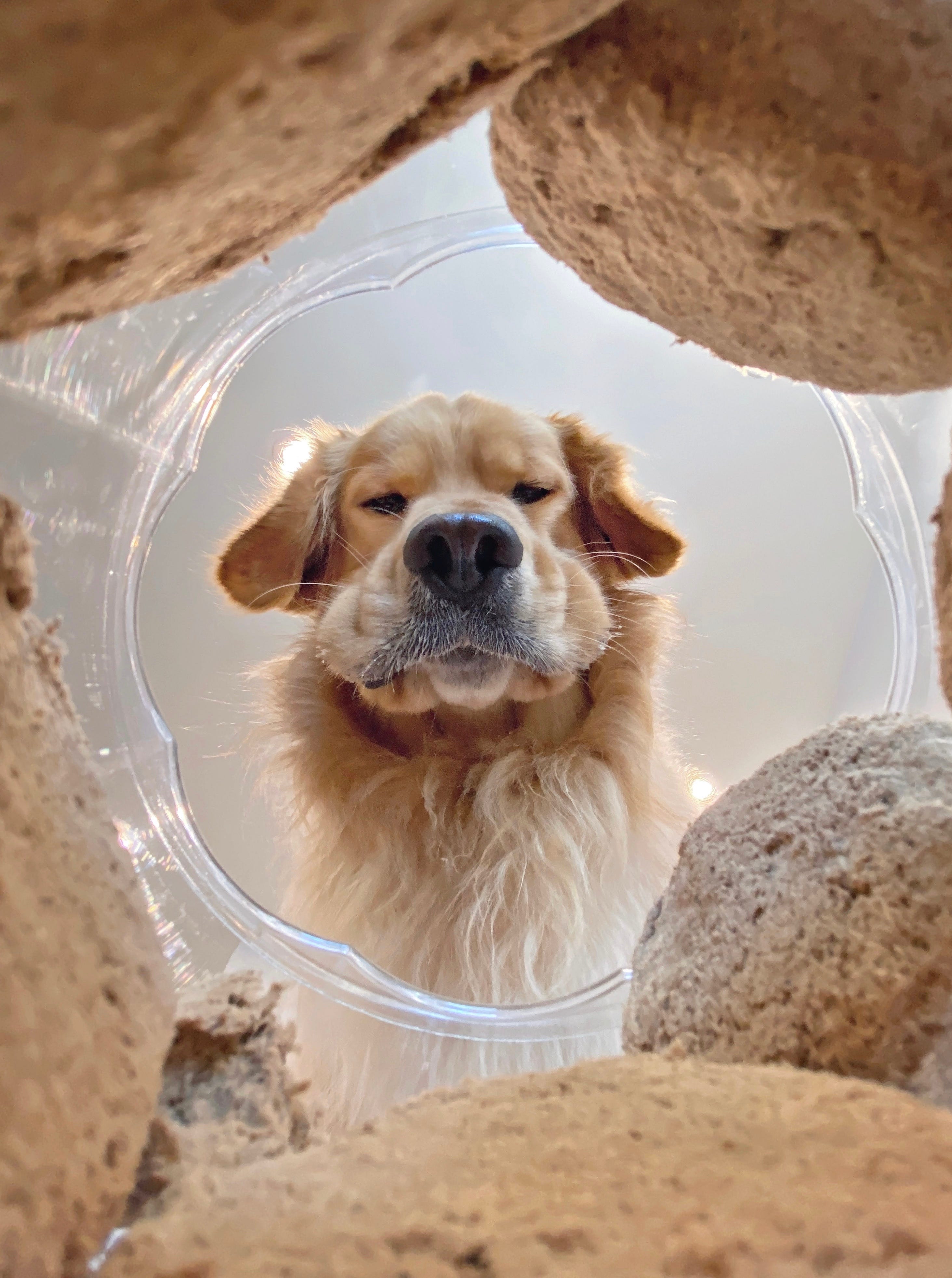 © Candice Sedighan/Mars Petcare Comedy Pet Photo Awards 2020‘The Moment You Realise You’ve Gone Through Half A Jar of Snacks.’

“Bear’s expression looking into his jar of dog food is far too relatable,” Sedighan captioned the Highly Commended photo. “I simply cut a hole into the food container, taped my iPhone camera to it, and snapped a shot before he dug into his tasty meal.”

John Carelli’s Labrador defied gravity in “Look Mum, I Can Walk on Water!” — at least, temporarily. 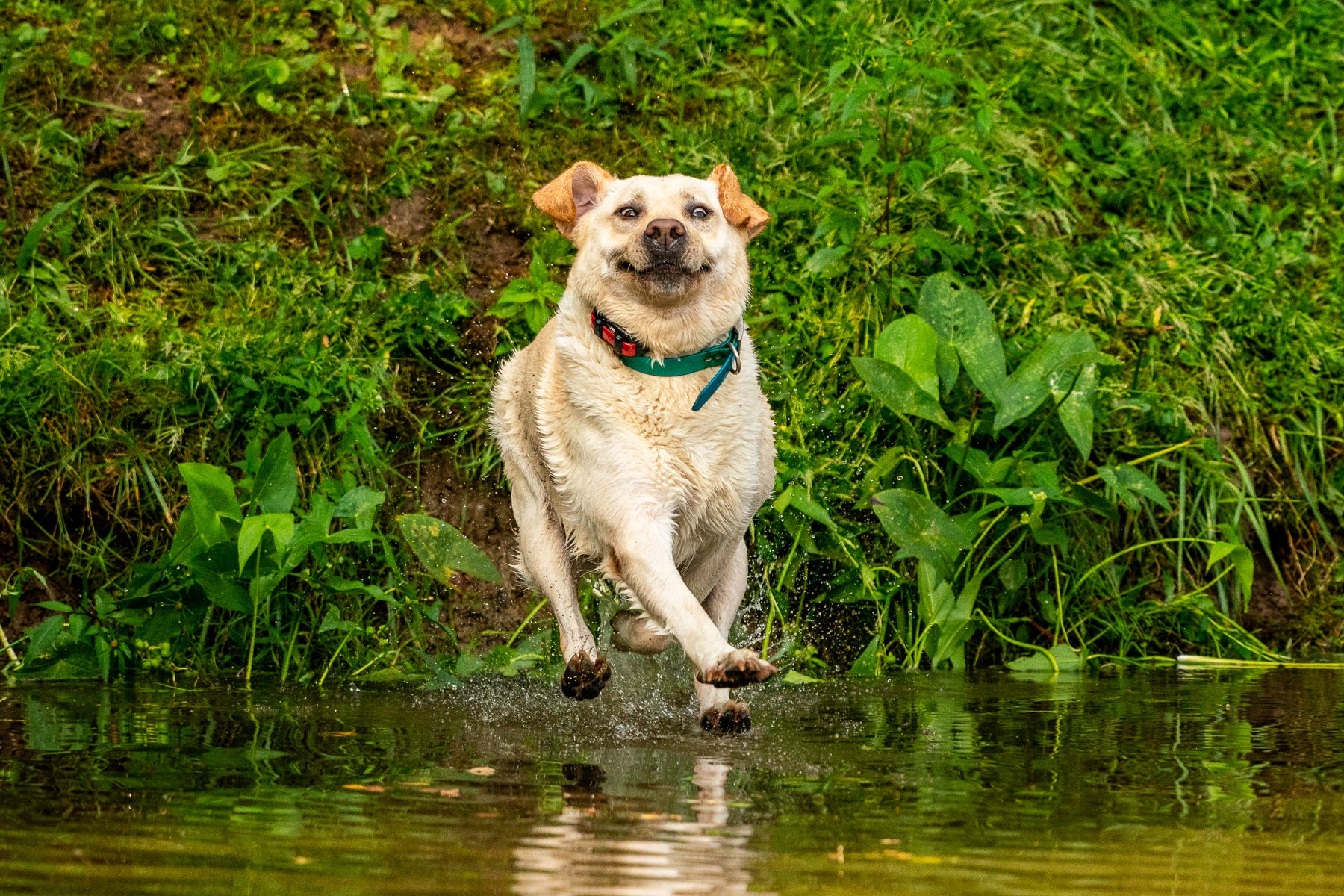 “He was so proud for a split second,” Carelli wrote. “He thought he was going to walk across the lake and avoid retrieving the bumper. But alas, gravity won the day.”

The photo earned the distinction of Highly Commended. 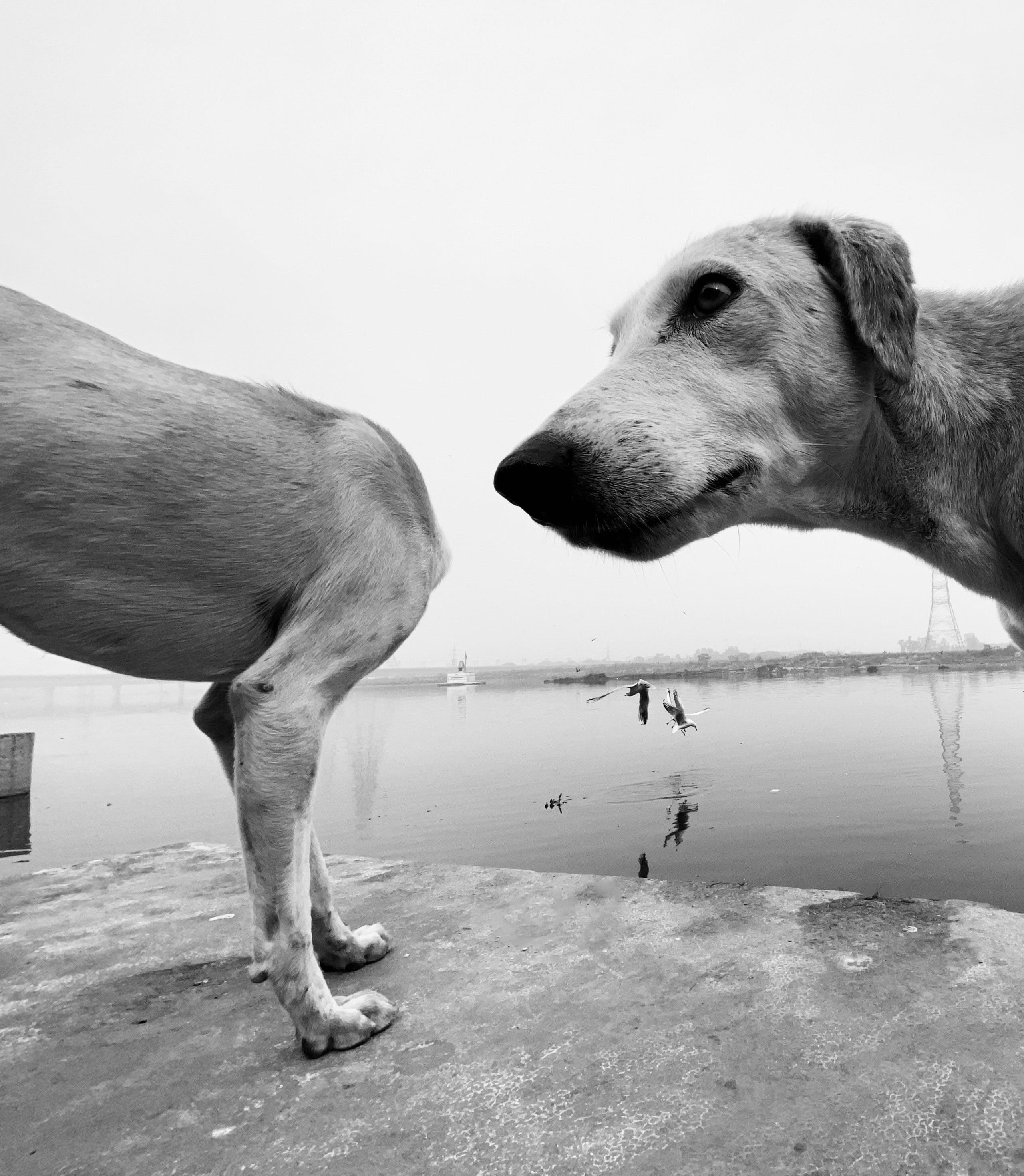 “This happened in a fraction of a second and I couldn’t stop laughing,” Bhalotia wrote of the Highly Commended photo.

Iain McConnell’s cat Edmund demonstrated a flair for theatrics in a three-part series, the first of which McConnell titled “Overdramatic Cat.” 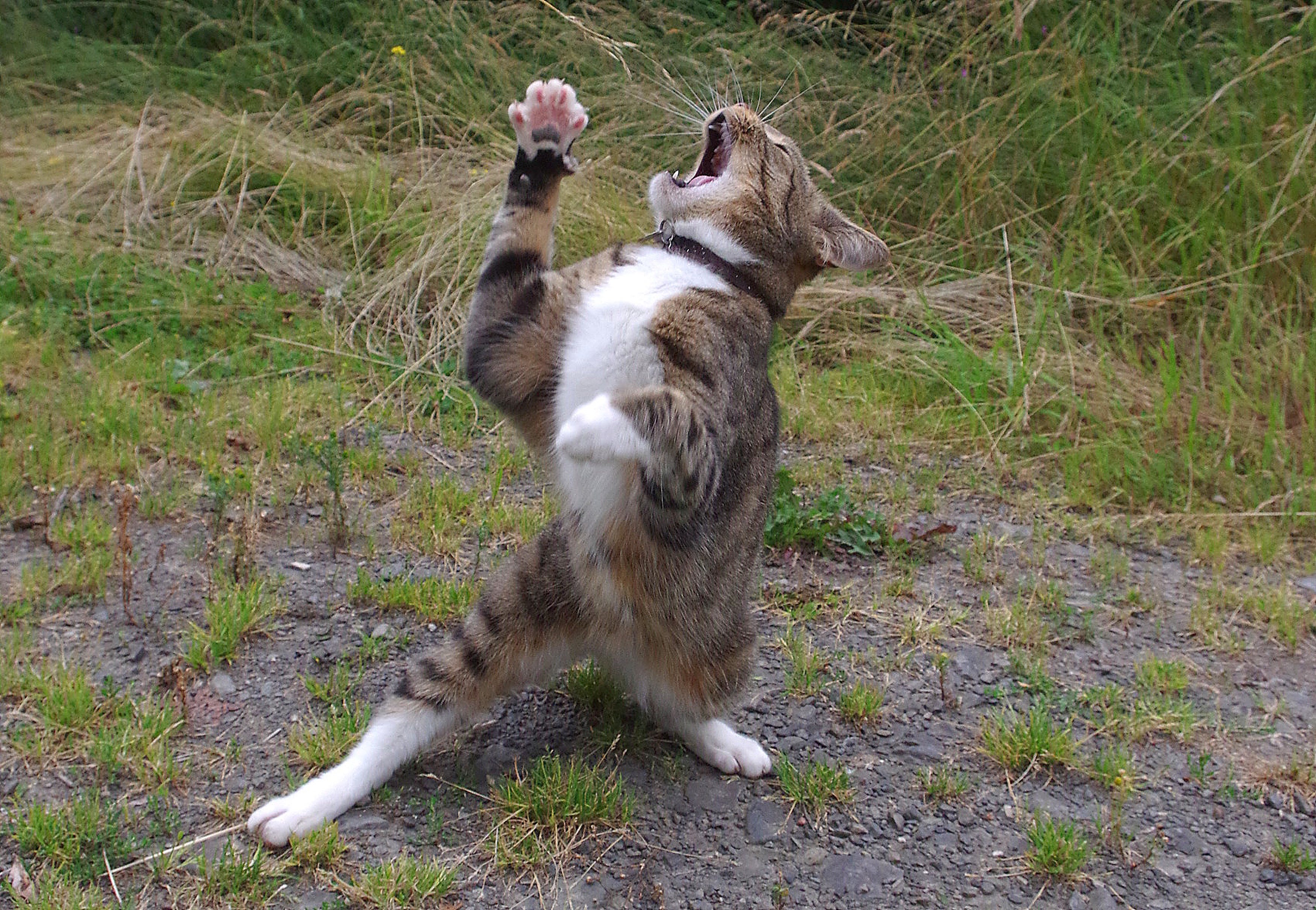 Edmund continued his performance in “The Dancing Cat.” 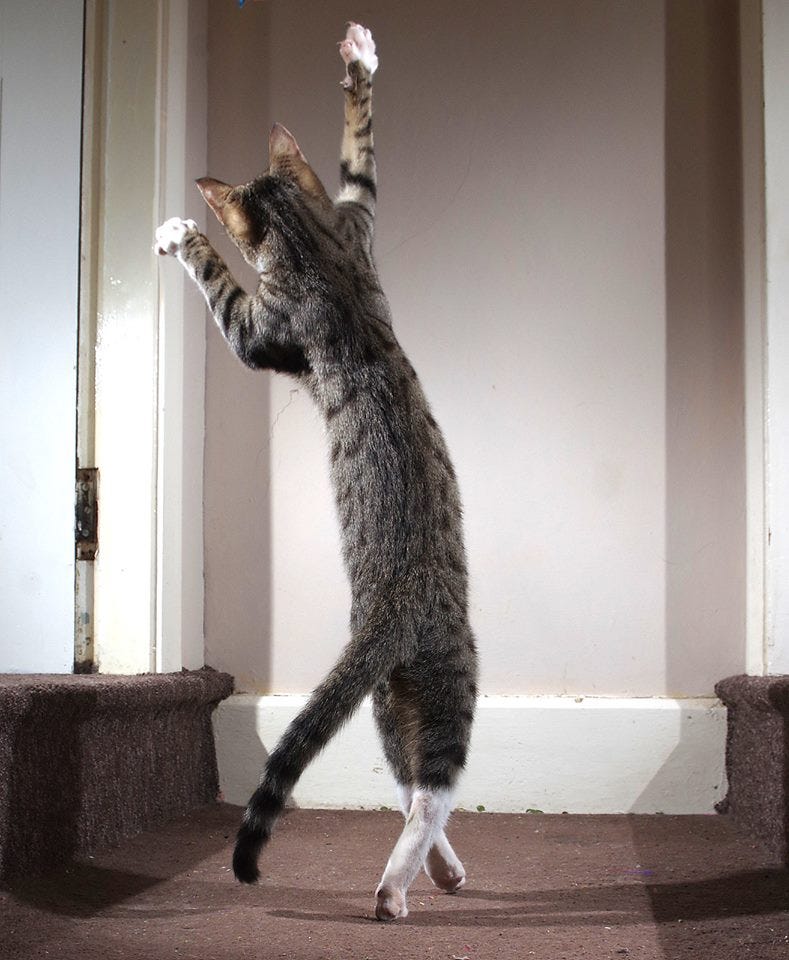 “Edmund playing at the top of the stairs,” McConnell wrote. This photo also won a Highly Commended award.

In “The Dancing Kitten,” McConnell’s cat Edmund got into costume. 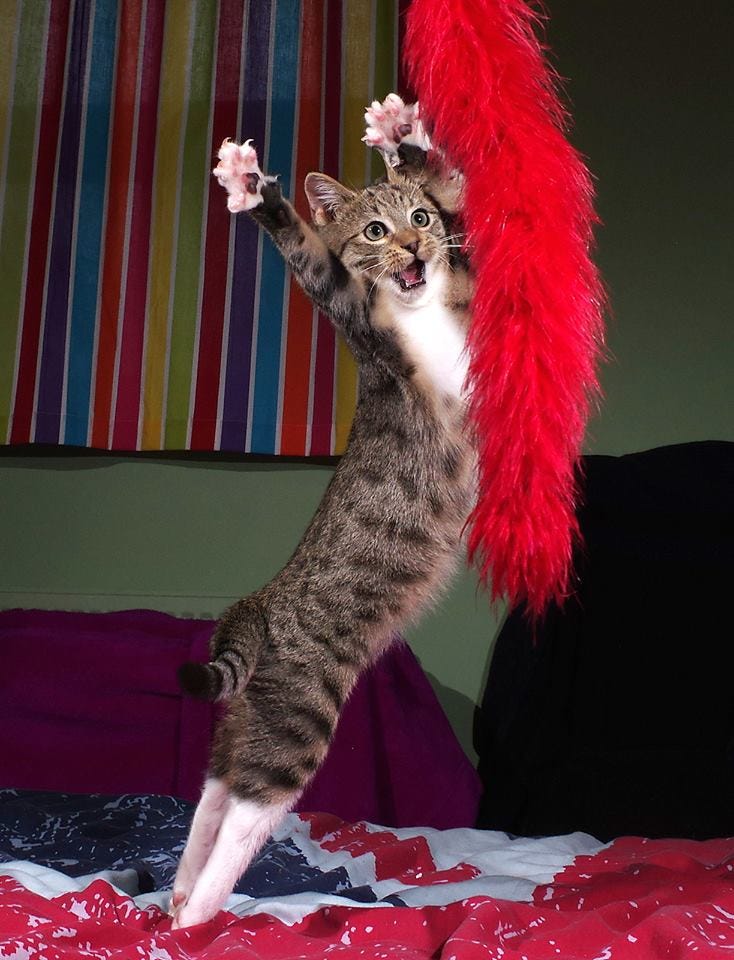 The final photo in McConnell’s series, which he captioned “Edmund playing with his toy,” also earned the title of Highly Commended.

If Elke Vogelsang’s dog, Noodles, could talk, she would likely be yelling “SQUIRRELLL!!!” 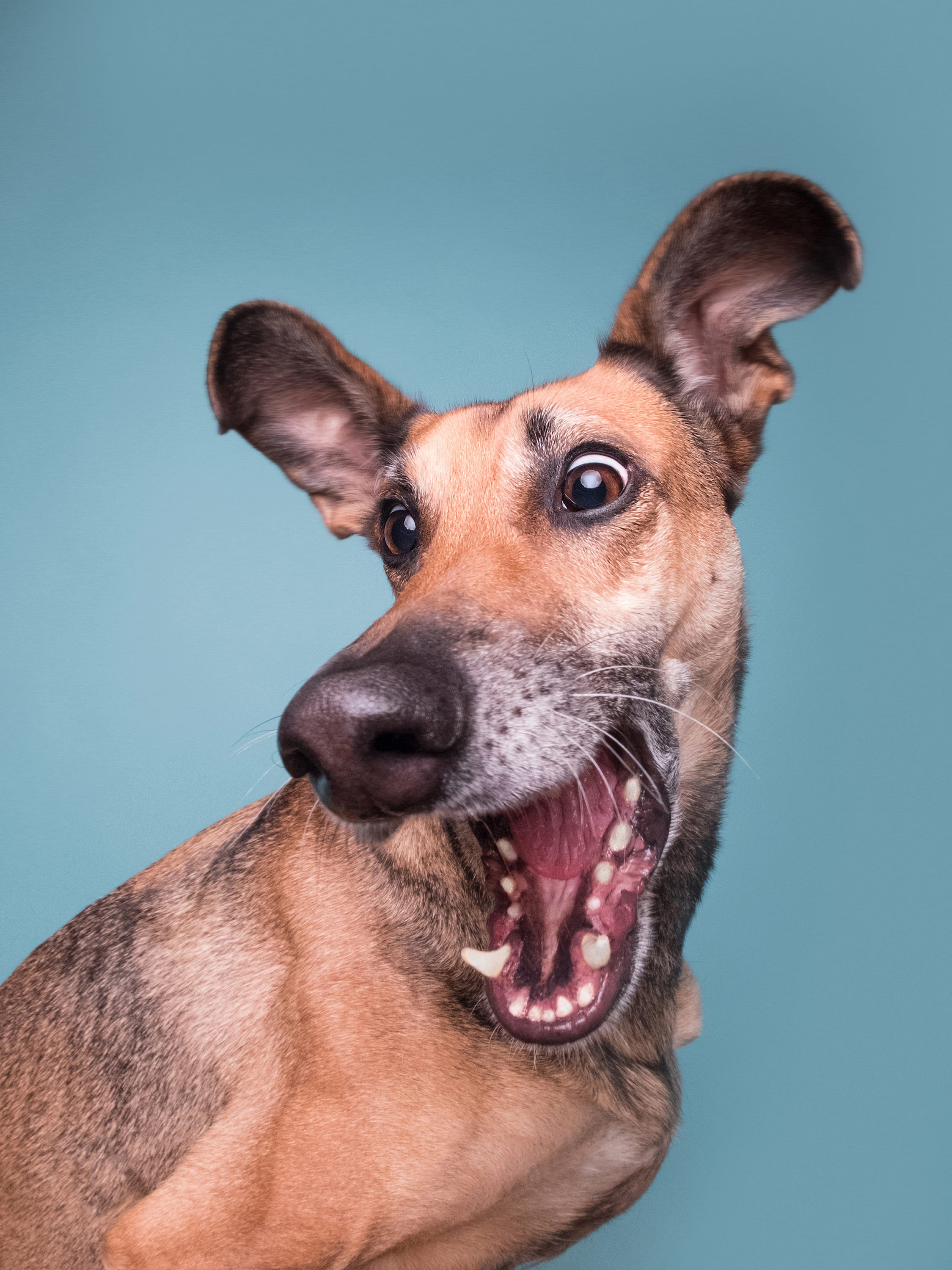 “She is the funniest dog you could possibly imagine,” Vogelsang wrote. “Always with her humans, always ready for some mischief and adventures.” 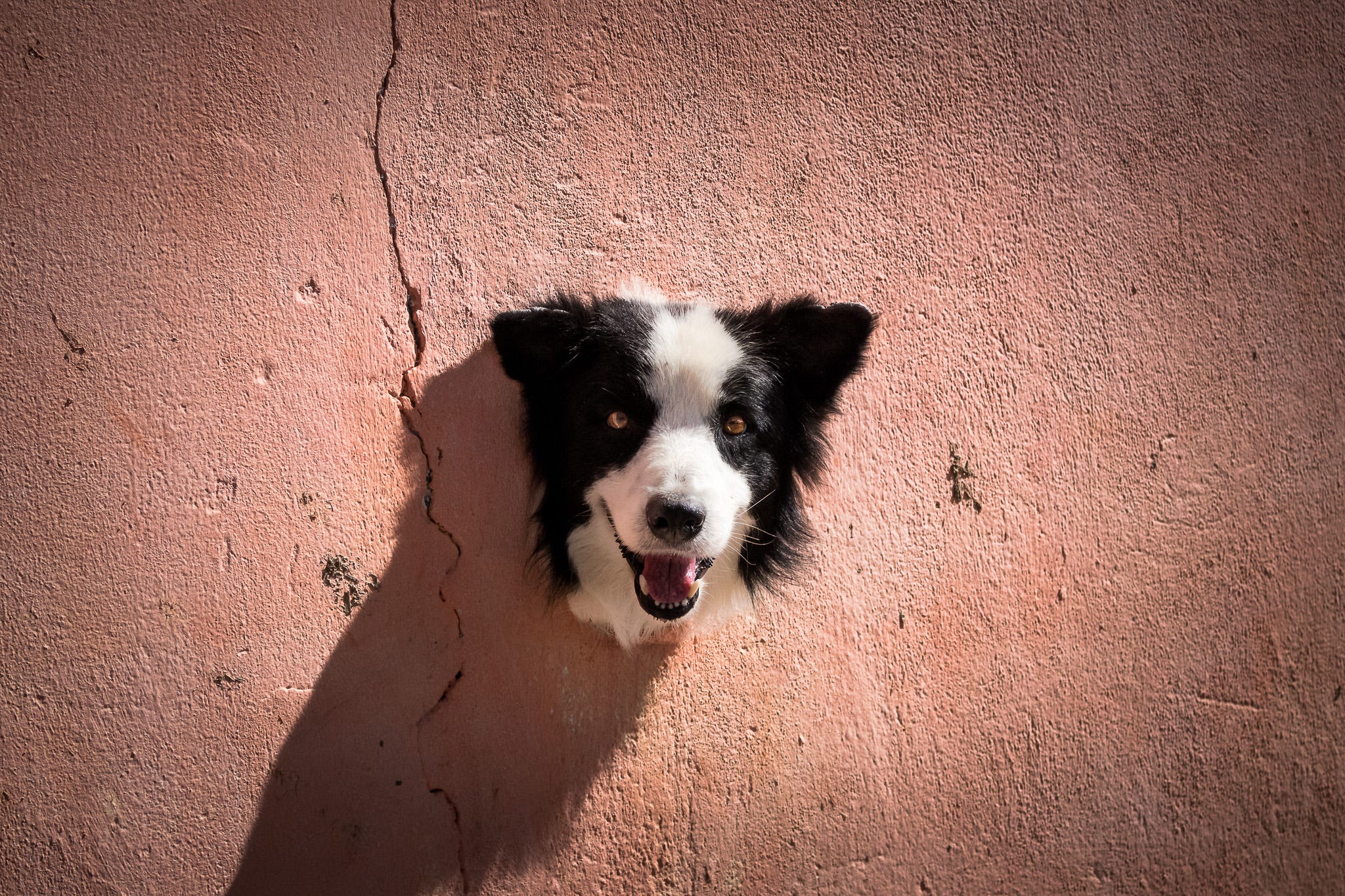 “I called this photo ‘Living Trophy’ because it reminded me of a sad culture that we humans have in killing animals and putting their heads on walls. FOFO proves how much more beautiful, healthy, and happy it is for us humans to appreciate free and living animals.”

The creative photo was recognised as Highly Commended.

Kerstin Ordelt’s “Friends Don’t Let Friends Do Silly Things Alone” was an outtake that turned out better than the intended picture. 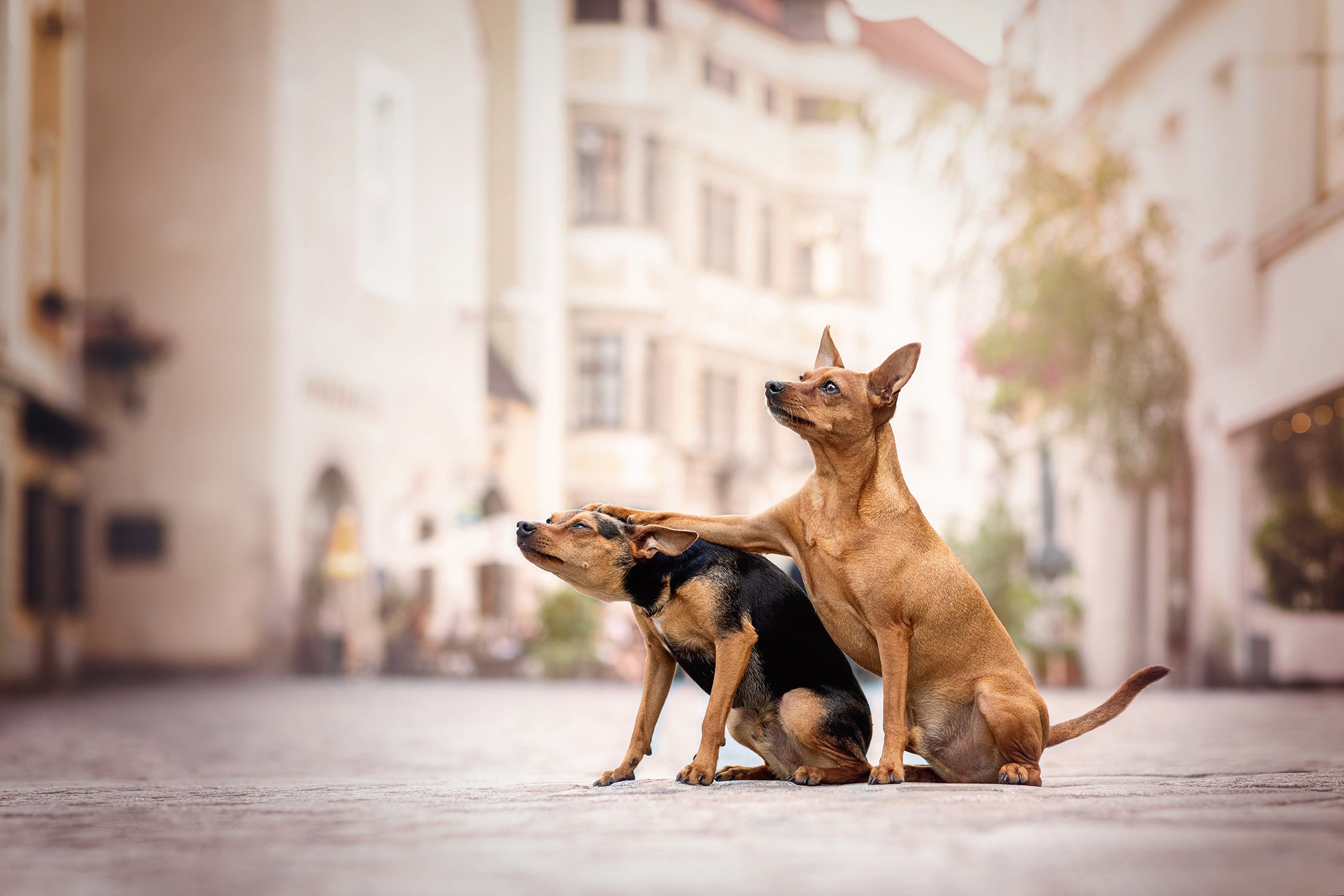 “This photo is an outtake,” Ordelt wrote of the Highly Commended photo. “Actually, the dogs tried to hug, and that’s what happened. The picture was taken in Linz, Austria, in a pedestrian zone early in the morning.” 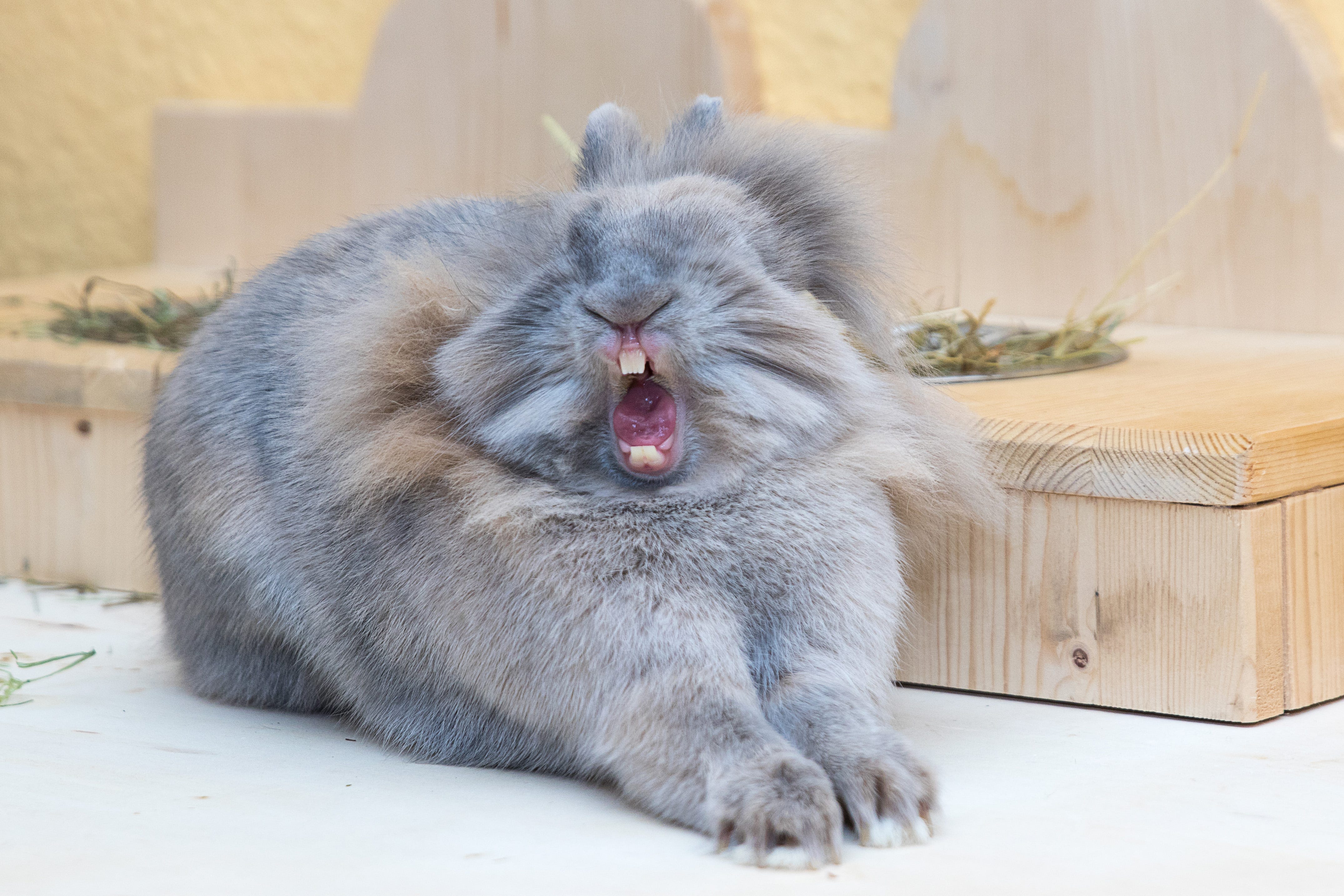 “There is almost nothing more beautiful than to see the hearty yawn of a rabbit,” Lindner wrote.

Lindner’s photo was the winner in the contest’s All Other Creatures, Great or Small category.

Magdalena Strakova’s horses appeared to laugh it up in “Gossip Girls.” 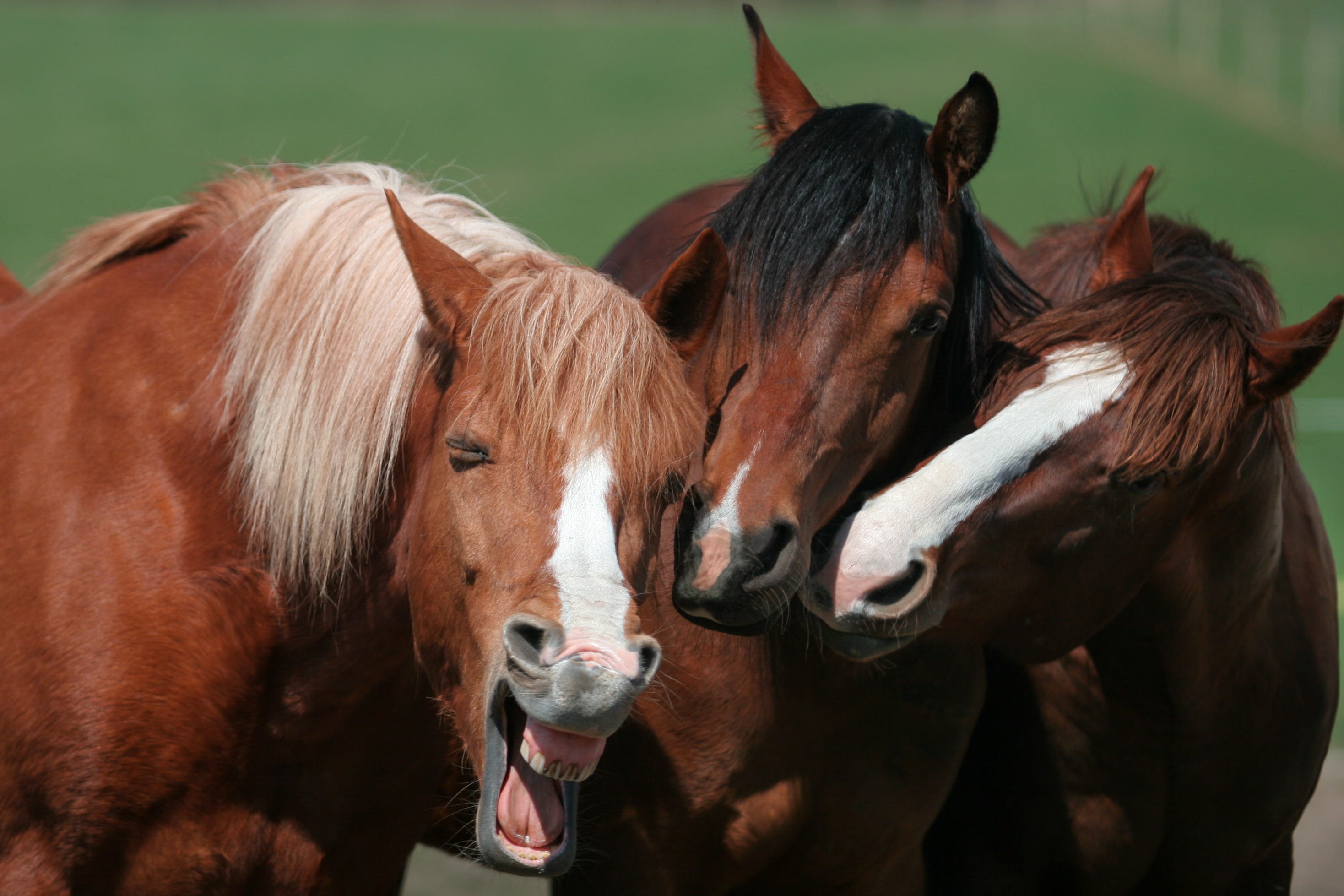 “I was photographing horses in a pasture, and these three got together and appeared to have a chat, gossipping like giggling schoolgirls,” Strakova wrote.

The photo won first place in the Mighty Horse category.

Ayden Brooks caught her cat waking up from a nap in “Good Morning, Fox Mulder!” 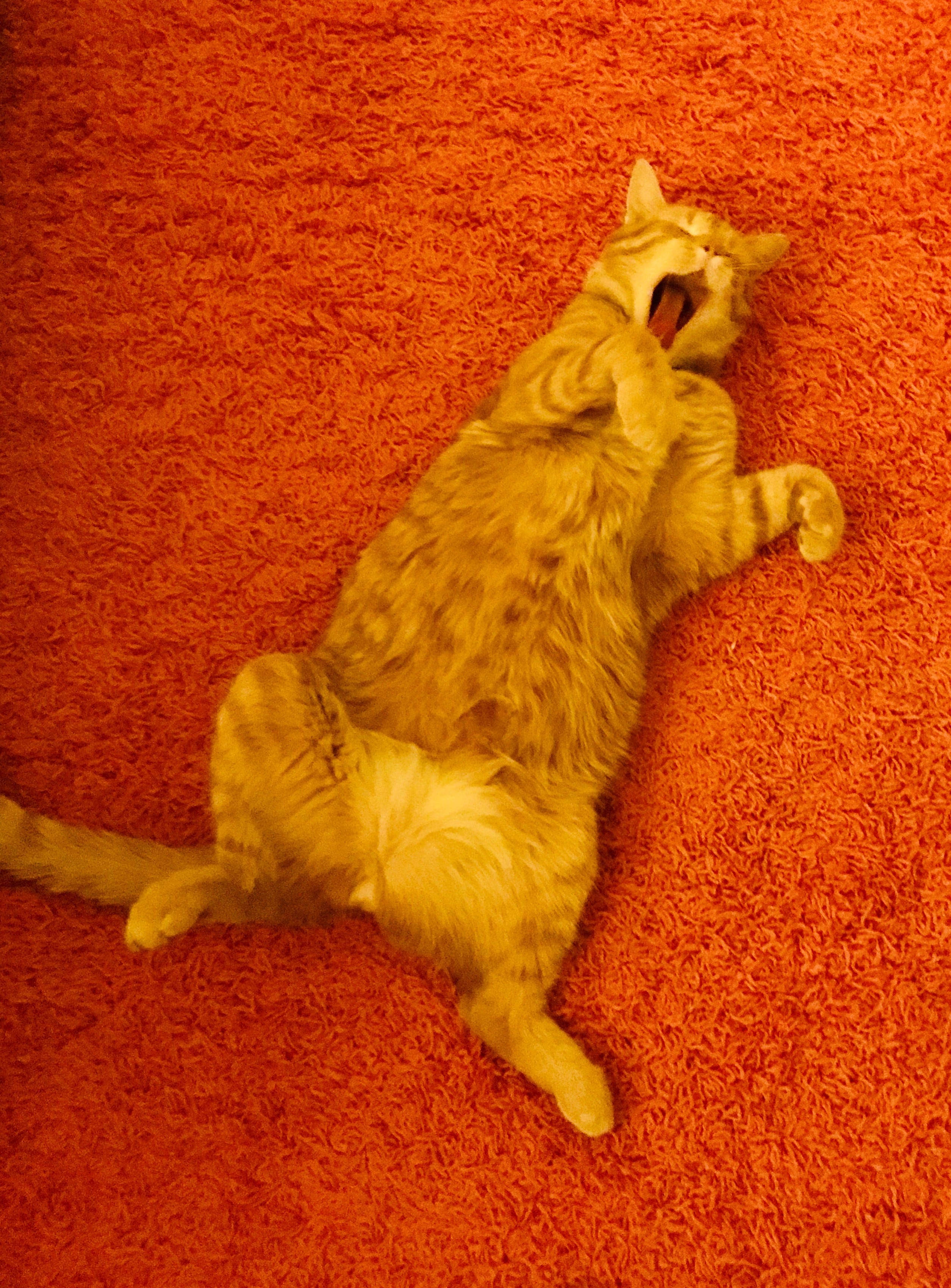 “Our cat, Fox Mulder, AKA Squishy, Little Squishy Guy, Squishface, Squish, Foxy, loves to spread himself out on his back when he sleeps,” Brooks wrote. “He likes to sleep anywhere, including in the middle of a room on a rug or even on the wood floor. I love to take photos of him because he is so cute and funny. I caught him as he was waking up from a nap and yawning.”

The photo took first place in the Junior category.

Hannah Seeger won the Pets Who Look Like Their Owners category with “Morning Mood.” 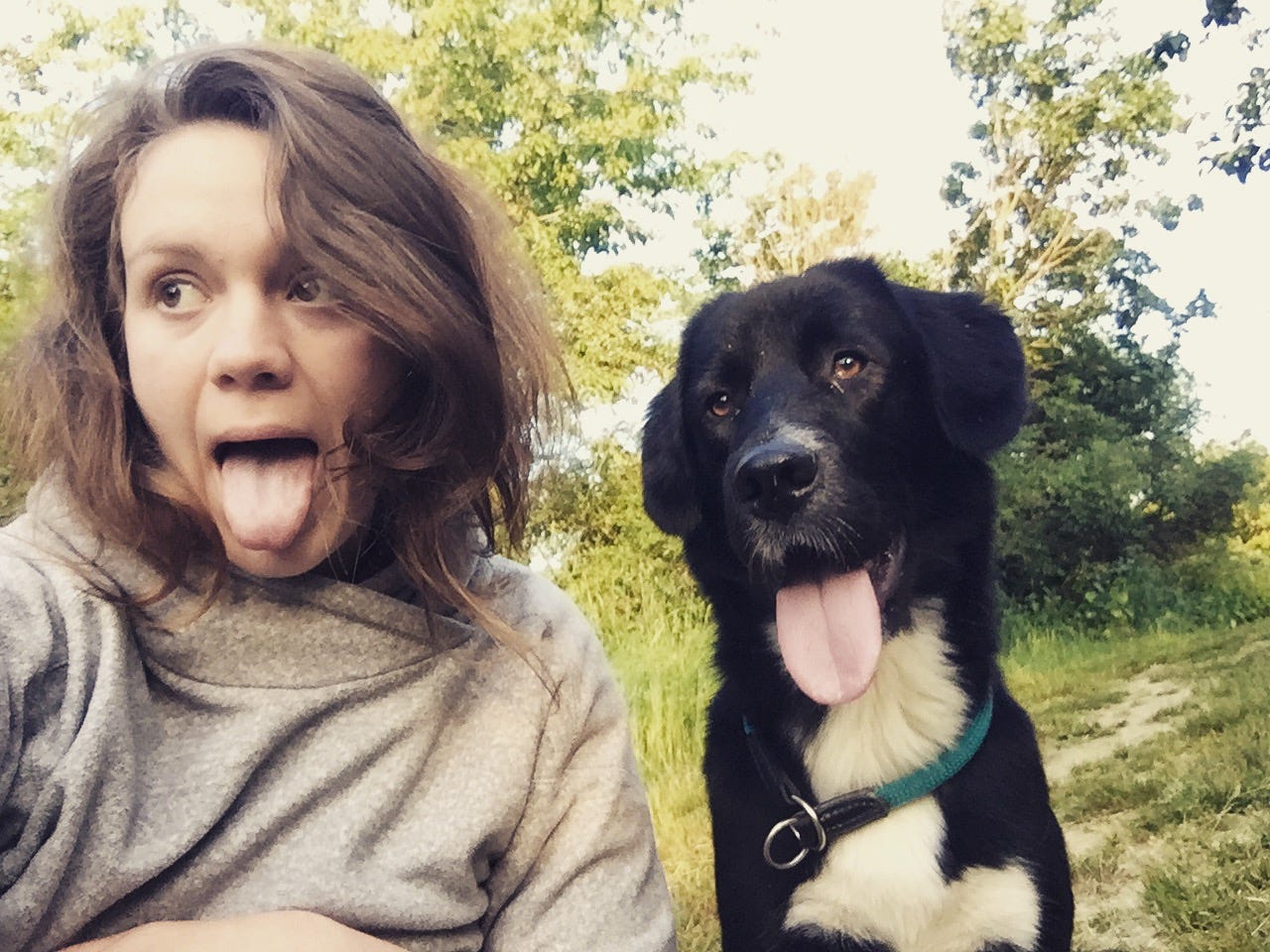 “Me and my rescue dog really tired in the early morning,” Seeger wrote.

Malgorzata Russell’s cat, Basil, appears to be asking, “Why Are You Upside Down, Mum?” 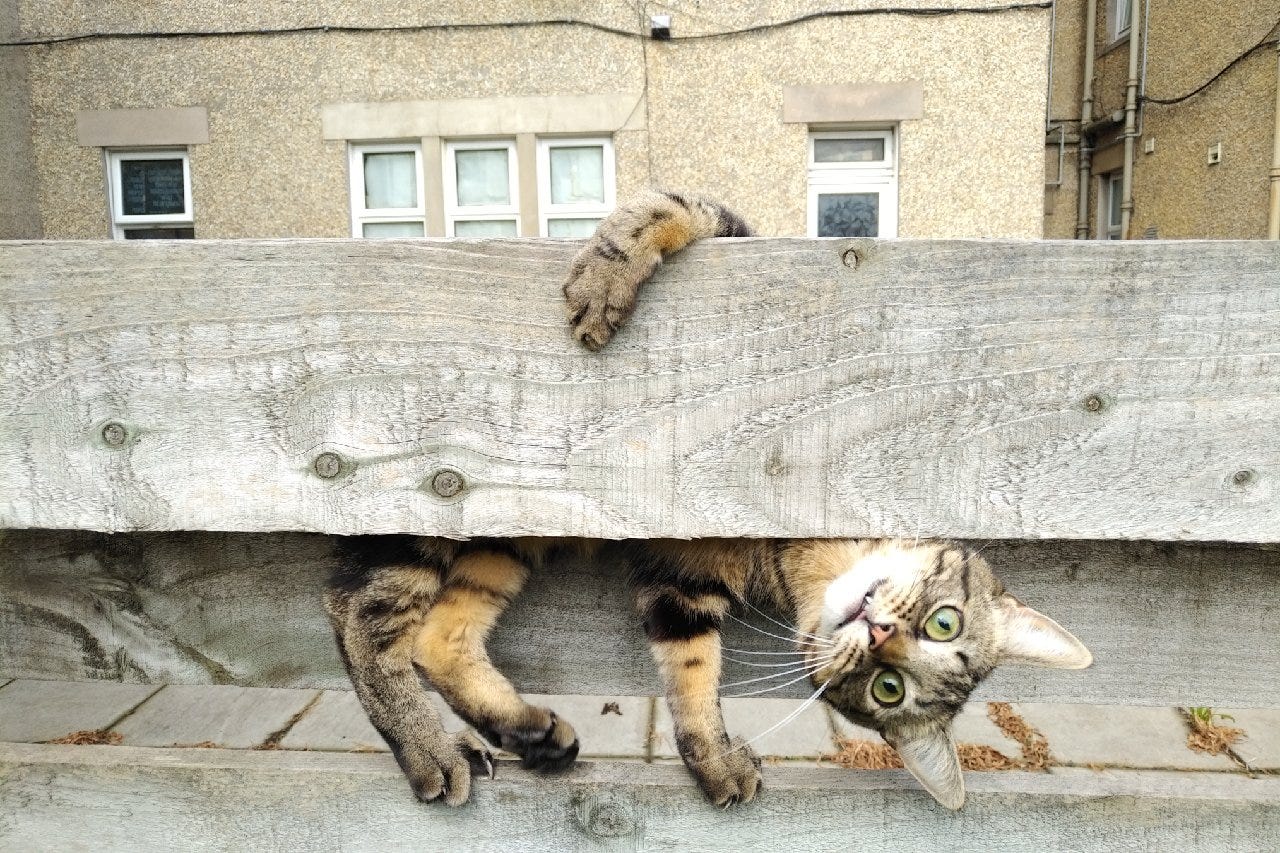 © Malgorzata Russell/Mars Petcare Comedy Pet Photo Awards 2020‘Why Are You Upside Down, Mum?’

“This our 1-year-old still-kitten cat Basil,” Russell wrote. “He is very playful, agile, and loves our garden we used a lot during lockdown. It is our daily, morning routine to chase each other around the garden. Picture is not Photoshopped.” 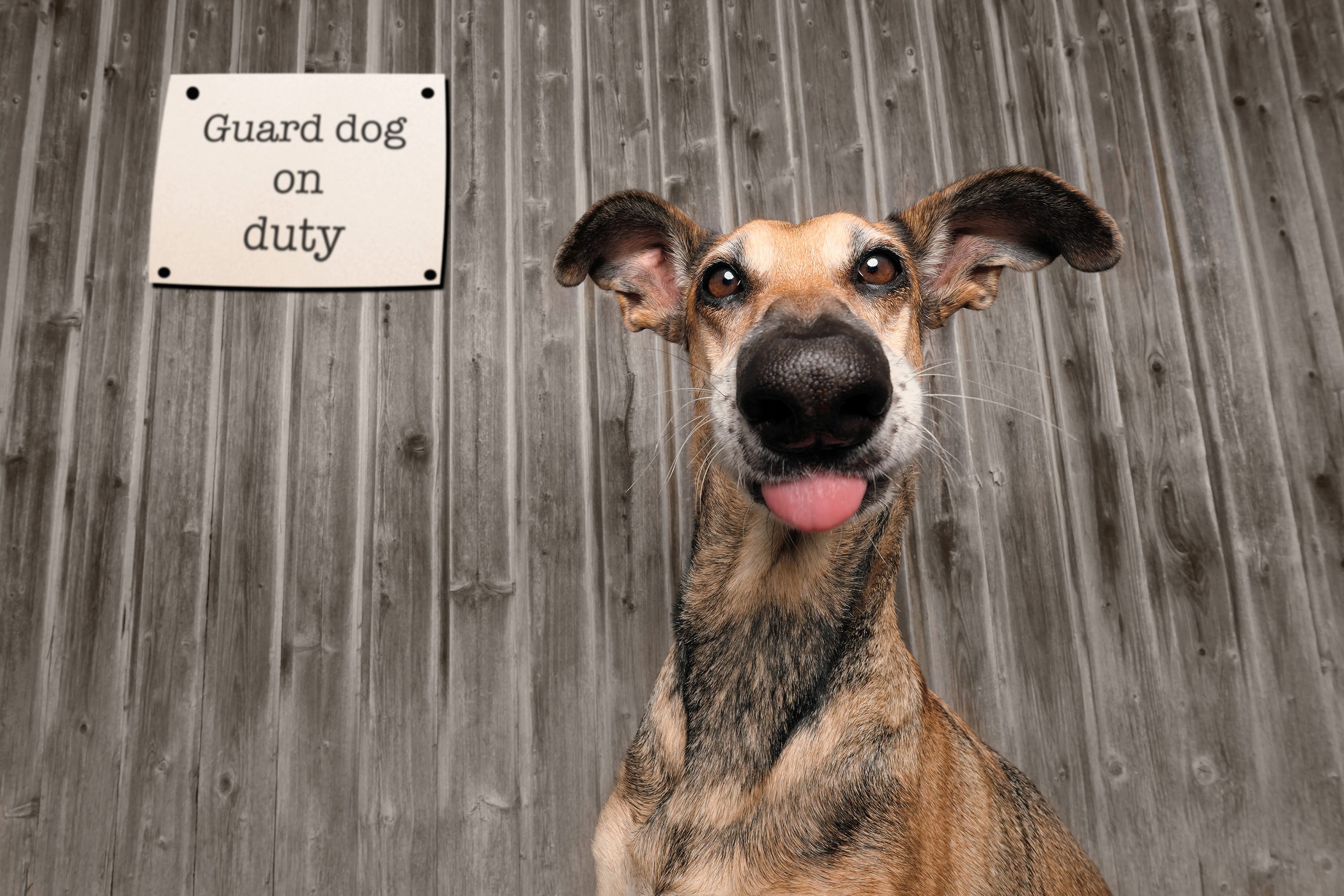 Vogelsang’s photo of Noodles won both the Dog category and the entire competition.

“It’s wonderful to be associated with something that makes people happy,” Vogelsang said of her win. “This dog is definitely a mood-lifter. Happy to share her funny, gorgeous face with the world.”