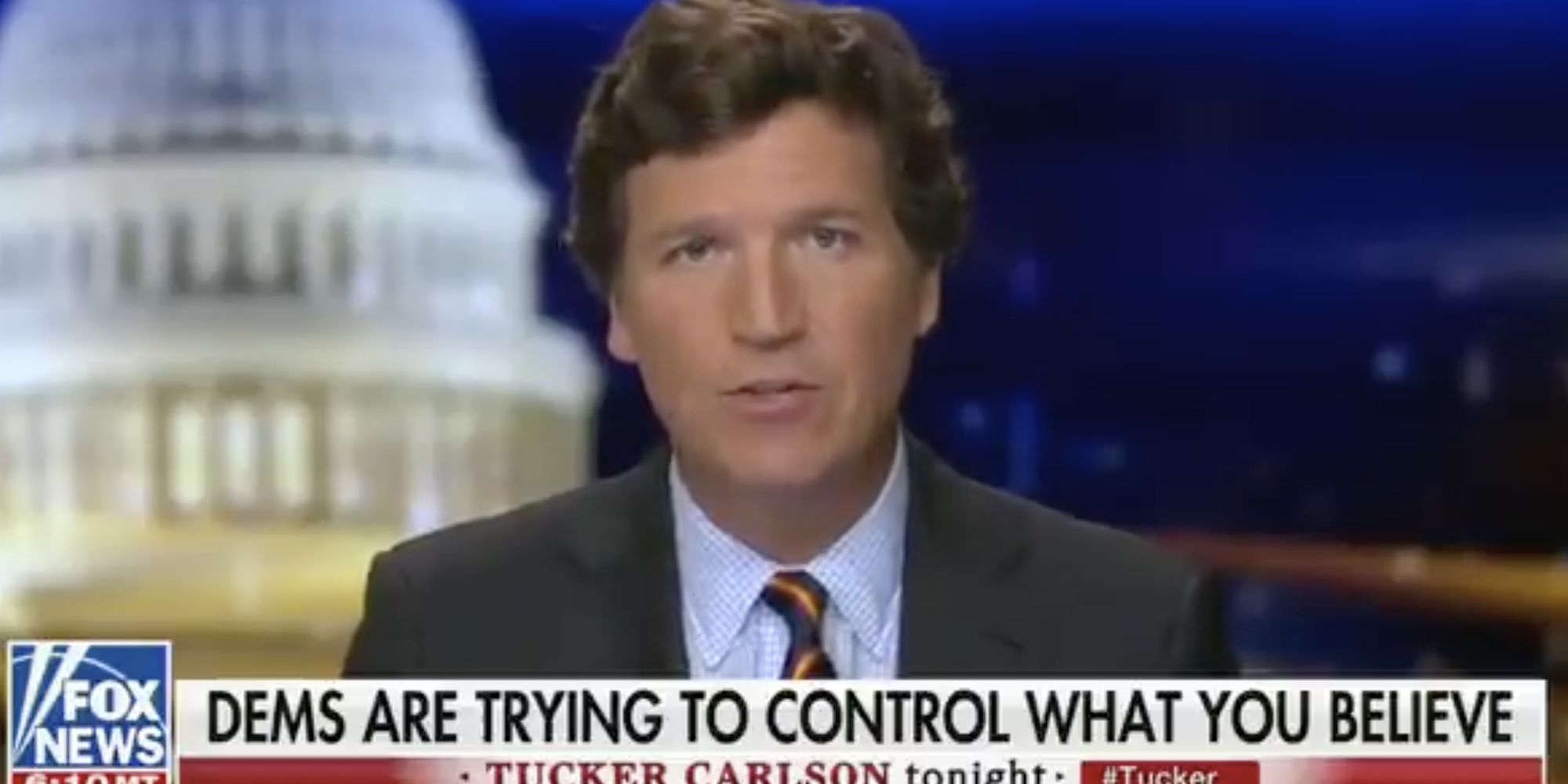 The Fox News host Tucker Carlson on Monday defended the QAnon conspiracy-theory movement, whose adherents groundlessly believe that Donald Trump is planning a purge of child-abusing Democrats who run the world.

The conspiracy theory has been embraced by many of Trump’s grassroots supporters and has found support in the mainstream Republican Party.

But it is coming under increased scrutiny after some of its adherents played key roles in the January 6 Capitol riot in which five people died.

The FBI has described the movement as posing a threat of domestic terrorism, and it has been linked to a string of violent crimes.

President Joe Biden has ordered a review of the threat from domestic extremism following the riot.

Carlson in a segment of his show Monday began by criticising a bill proposed by Democratic Rep. Stephanie Murphy, which would ban QAnon adherents from accessing security clearance or classified information.

He mocked journalists for not treating “Chinese hegemony” or “elite mismanagement of the economy” as key issues facing America, instead claiming â€” in Carlson’s telling â€” that “the real threat is a forbidden idea, something called QAnon.”

“We’re watching a profound change taking place in American society, and it’s happening very fast,” he continued. “The stakes could not be higher.

“There’s a clear line between democracy and tyranny, between self-government and dictatorship. And here’s what that line is. That line is your conscience. They cannot cross that.

Tucker Carlson has also had multiple QAnon supporters on his show as guests. https://t.co/ZOmzbjZxyC https://t.co/Vnk3widvWo

A Fox News spokesperson directed Insider to a full transcript of Carlson’s comments.

A divide is growing between Republicans who have remained loyal to Trump following the January 6 riot and those, such as Sen. Ben Sasse, who believe that conservatives need to challenge and root out the QAnon movement.

Some conservatives, including Carlson and Sen. Rand Paul, have sought to portray Biden’s campaign against white supremacy, which he outlined in his inauguration speech, as a campaign that would result in the persecution of ordinary Republicans.

Alex Kaplan, of the right-wing-media monitoring group Media Matters, said Carlson had invited several guests on his show in the past who had expressed support for QAnon, including Noor bin Laden, the niece of Osama bin Laden.

During the Trump administration, Fox News regularly provided a platform on which Trump, his allies, and loyal hosts could spread conspiracy theories about issues including COVID-19, voter fraud, and the investigation into Trump’s dealings with Russia.